In this era of staid gray flannel suits, advertisers developed motivational research, grappled with television, and cooperated with government to promote American enterprise. Industry insiders, journalists, and the public criticized the crass and manipulative aspects of advertising. Firms began adding a few ethnic and racial minorities to their staffs. A creative revolution transformed advertising from conservative to hip, hokey to ironic.

Who spent the most on advertising?

Creative teams of copywriters and artists.  African Americans and Latinos working in “special markets” departments and in new agencies that studied racial and ethnic minorities and how to sell to them.

African Americans began working in “special market” divisions of agencies in the 1940s and 1950s, advising advertisers on ways to reach the black middle-class. By the 1960s, agencies run by African Americans and Latinos began serving regional and ethnic markets. These pioneer advertisers changed the look and feel of advertising, with positive representations of ethnic consumers. 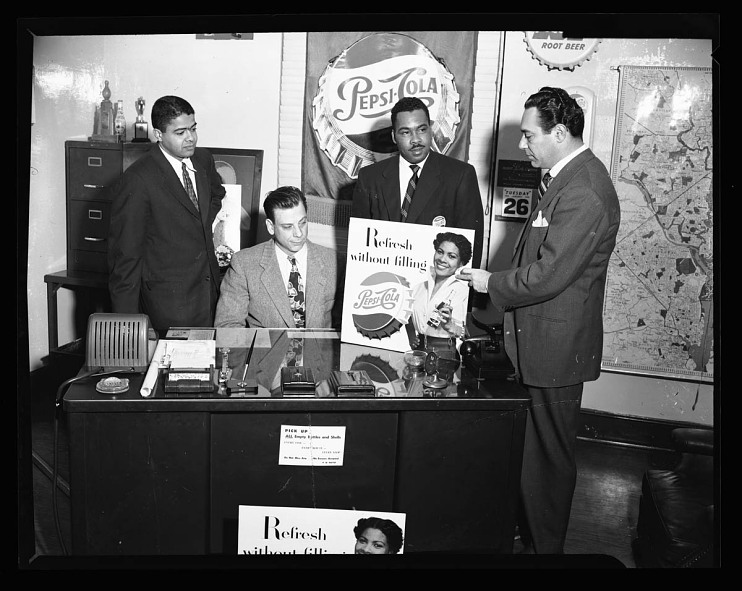 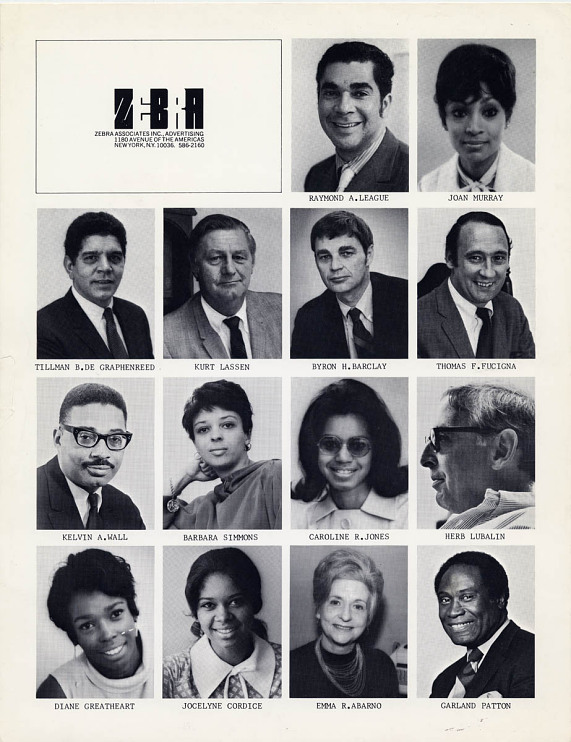 Joan Murray and Raymond League opened Zebra in 1969, one of the first black-owned, integrated ad agencies in the United States.

Ad agencies and broadcasters wrestled for control of advertising time and programming on television. In the early years, advertisers sponsored whole shows, as they did with radio. But by 1959, they had lost control to networks, which sold advertising time in segments, creating a multi-sponsor format. TV ads evolved with the creative revolution and the civil rights movement, embracing hip consumerism and incorporating more underrepresented consumers. 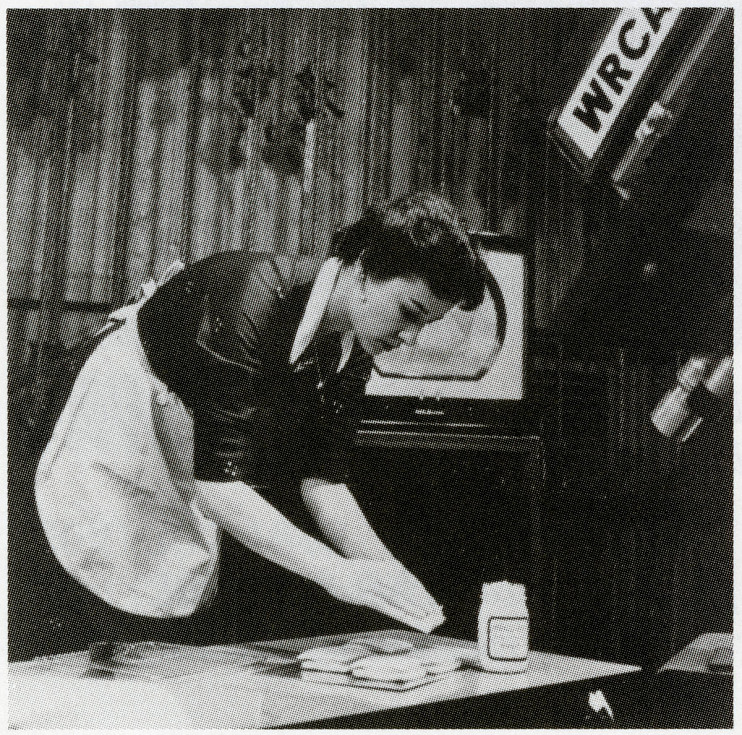 The creative revolution, which embraced counter-cultural movements and youthfulness, valued creativity over market research. Creative ads were irreverent, ironic, and sometimes difficult to decipher. Agencies formed creative teams of copywriters and artists who worked together and measured their success based on creativity as well as selling power. 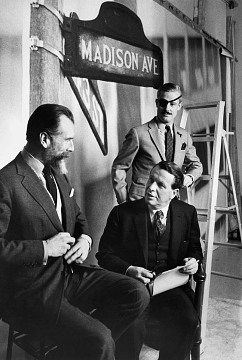 Advertiser David Ogilvy with two of his creations: the Man in the Hathaway Shirt and Commander Whitehead, spokesperson for Schweppes, about 1960 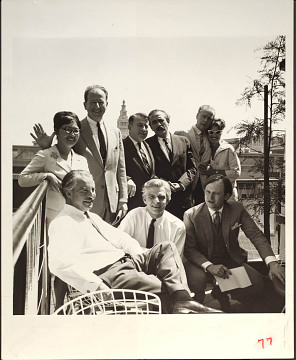 Packaging designer Walter Landor encouraged creativity by inviting artists and writers to staff parties aboard the Klamath, the floating offices of Landor and Associates in San Francisco.

“Packages must speak for themselves.” 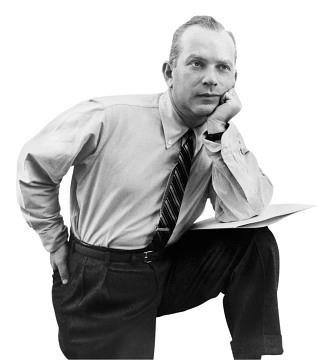 Tired of formulaic advertising, William “Bill” Bernbach started DDB in 1949, with Ned Doyle and Maxwell Dane. Their work ignited a creative revolution that proved that artistry and quirky copy could sell goods. 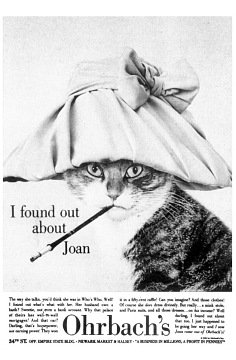 This catty ad got readers to take notice and think of Ohrbach’s as chic.

‹ An Industry and Cultural Force up From Mass to Targeted Markets ›