This website is based on an exhibition that was on view at the National Museum of American History from March 22, 2017 to February 10, 2019.

When the United States entered World War I in 1917, not many Americans were interested in joining the fight. How did the federal government turn public opposition into enthusiastic support for the war? It called upon the fast-growing advertising industry to turn the tide of public opinion. 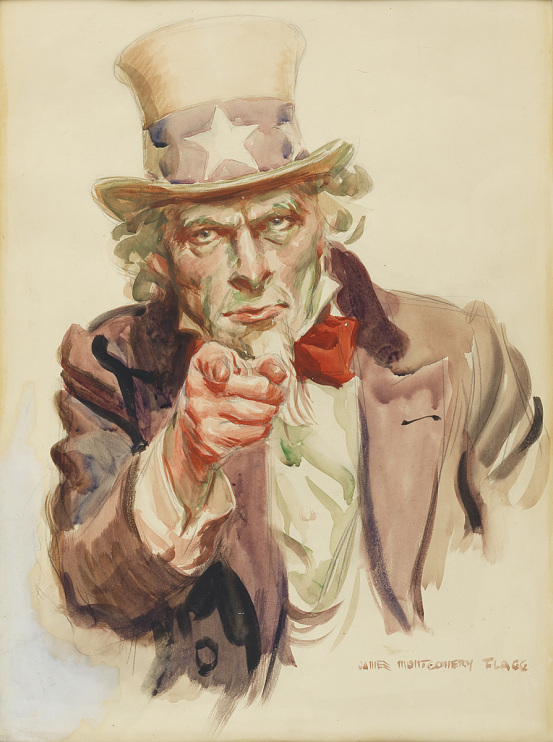 Uncle Sam
Original pencil and watercolor drawing by James Montgomery Flagg for the “I Want You for U.S. Army” recruitment campaign, 1917, the most iconic image produced in support of the war effort. Flagg volunteered his services, creating artwork for forty-six posters.