“A Vast Enterprise in Salesmanship”

To convince a reluctant public to support American participation in World War I, the U.S. government created a Committee on Public Information. The committee was responsible for what its chair, George Creel, called “a vast enterprise in salesmanship.”

Among those the committee recruited to change American hearts and minds were more than 300 volunteer artists and copy writers from the advertising industry. Working within the Division of Pictorial Publicity, they created posters based on the same strategy they used for selling consumer goods—one that played on peoples’ emotions, then told them what to do. 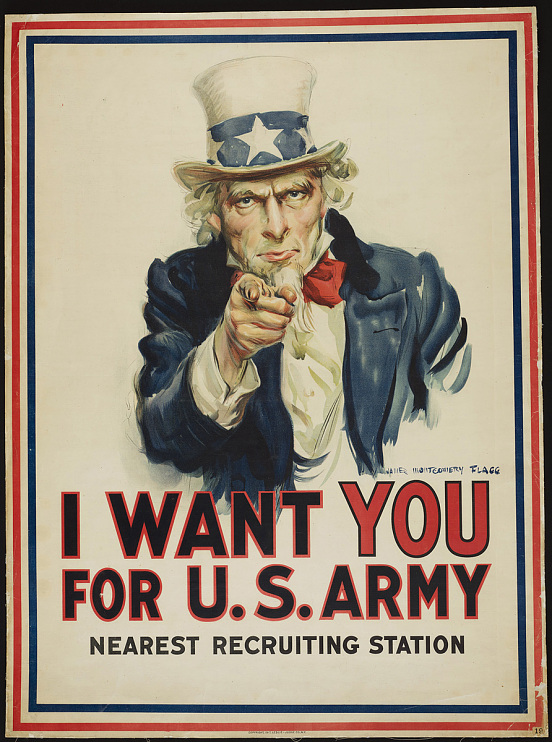 I Want You for U.S. Army
American World War I poster by artist James Montgomery Flagg for the U.S. Army, 1917. Depicted is Uncle Sam pointing sternly at the viewer with his right index finger.
Gift of the War Department, Historical Branch of the General Staff 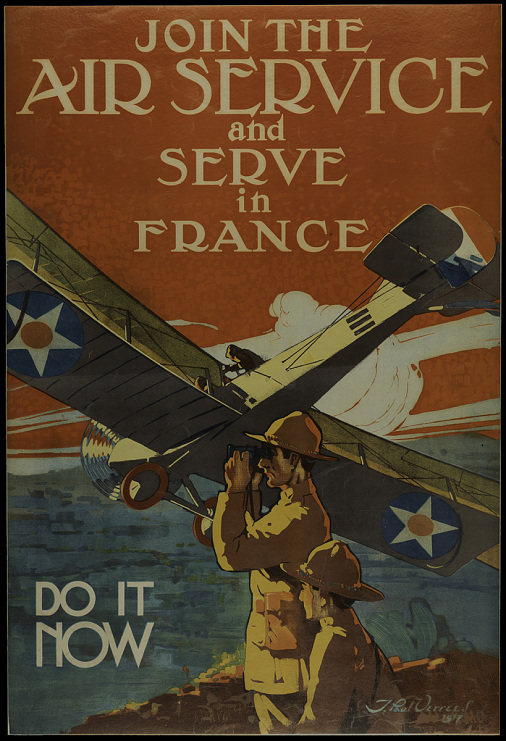 Join the Air Service and Serve in France
American World War I poster by artist J. Paul Verrees for the U.S. Army Air Forces, 1917. Depicted is an American biplane flying over two American soldiers, one of whom is looking through binoculars. 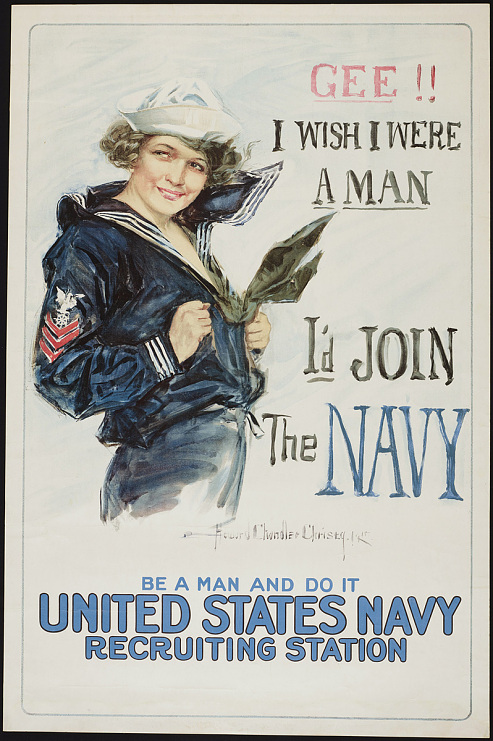 Gee!! I Wish I Were a Man / I’d Join the Navy
American World War I poster by artist Howard Chandler Christy for the U.S. Navy. Depicted is a young woman wearing a man’s U.S. Navy uniform. 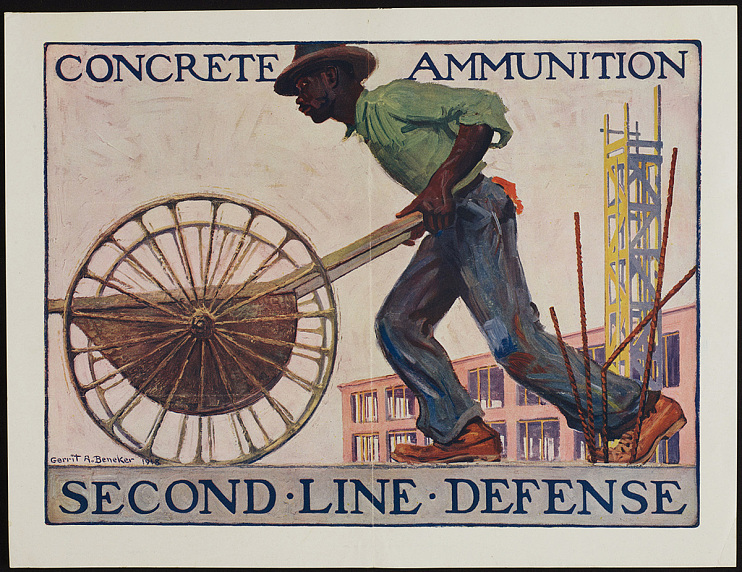 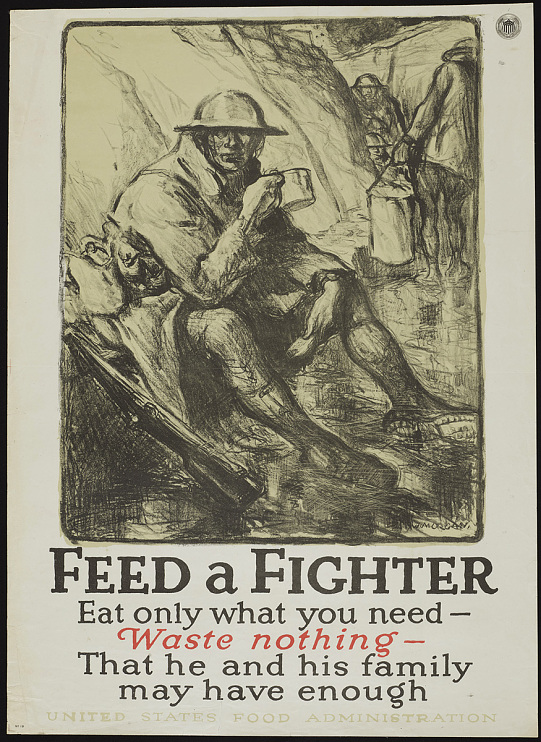 Feed a Fighter
American World War I poster by artist Wallace Morgan for the United States Food Administration. Depicted is a soldier sitting in a trench, holding a cup, while other soldiers move through the trench in the background.
Gift of Chamberlain Ferry

Note the similarities between posters promoting the war effort and ads for consumer goods; both use the same psychological strategy.

Posters were one of the most important tools the government used for persuading a variety of Americans, especially young white men and women, to support the war. The success of the wartime media blitz confirmed the power of the advertising industry. 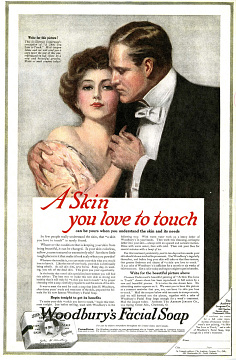 ‹ A Global War up The Poster Campaign ›