In 1914 war erupted in Europe. Rival nations around the globe, tangled in webs of alliances, took sides: Germany, Austria-Hungary and other Central Powers united against the Allies that included Britain, Canada, France, Italy, Japan, and Russia.

After three years of fighting, both sides were dug in and deadlocked, facing each other in trenches that ran nearly 500 miles across northern France—the notorious Western Front. When the United States entered the war on April 6, 1917, few could foresee that American troops would break the impasse, bringing the war to an end by November 11, 1918. 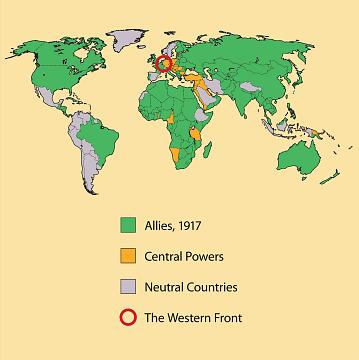 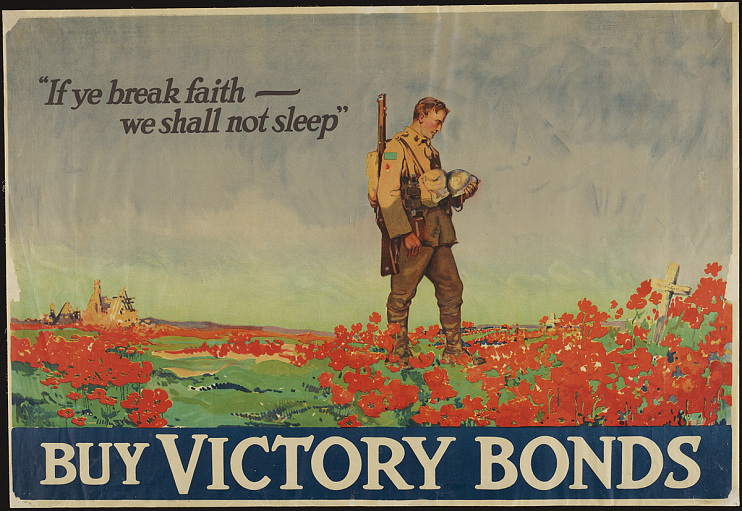 If Ye Break Faith - We Shall Not Sleep
Canadian World War I poster by artist Frank Lucien Nicolet. Depicted is a Canadian soldier standing at a grave amidst a field of poppies.
Gift of Norman H. Brock. 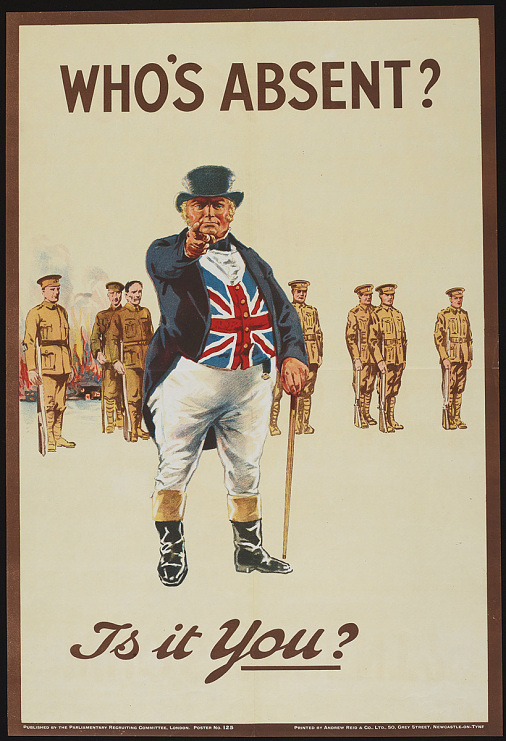 Who’s Absent? Is it You?
British World War I poster for the Parliamentary Recruiting Committee, 1915. Depicted is John Bull in a Union Flag waistcoat, pointing at the viewer in front of a line of British soldiers. 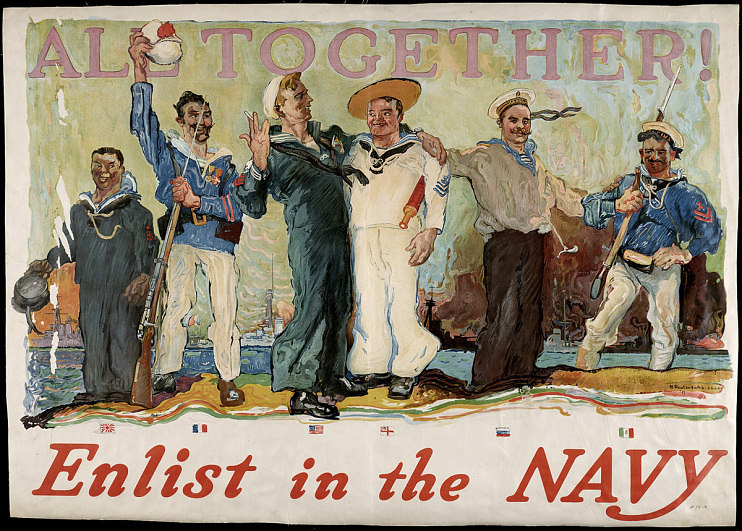 All Together! Enlist in the Navy
American World War I poster by artist Henry Reuterdahl for the U.S. Navy, 1917. Depicted are sailors from Allied countries (left to right): Japan, France, the United States, the United Kingdom, Russia, and Italy. 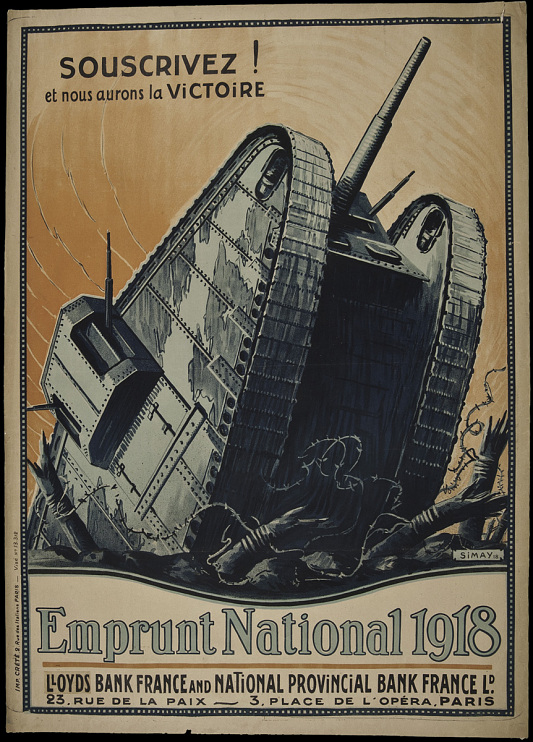 Sousscrivez! Et Nous Aurens La Victoire
(Subscribe! And We Will Be Victorious)
French World War I poster by artist Imre Karoly Simay for the National Loan, 1918. Depicted is a tank coming out of a trench and barbed wire on a battlefield.
Gift of Norman H. Brock. 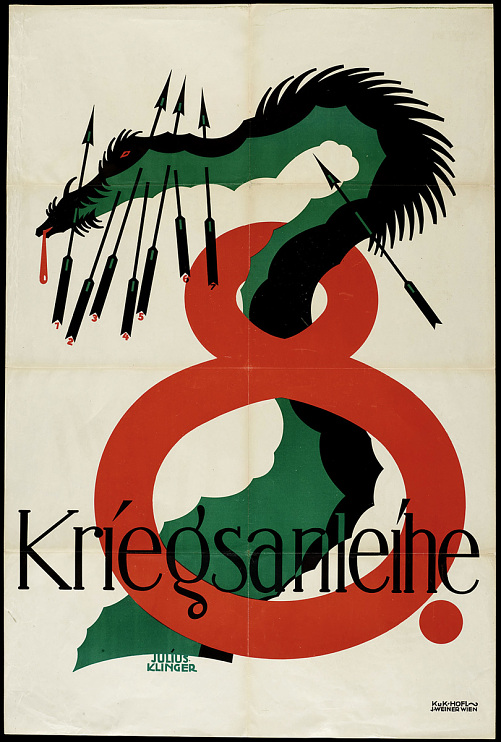 Kriegsanleihe
(War Bond)
Austrian World War I poster by artist Julius Klinger for the 8th War Loan, 1918. Depicted is a dragon coming out of a red eight and pierced by eight arrows, representing the 8th War Loan. 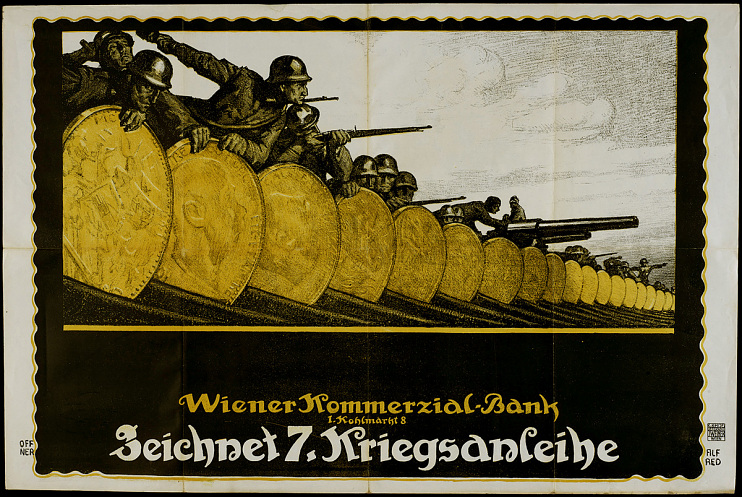 ‹ Advertising War up “A Vast Enterprise in Salesmanship” ›