Women and the War

Advertisers working for the U.S. government and private relief agencies were well-practiced in speaking to women consumers; they reached out to women as part of the effort to build enthusiasm for the war. Posters highlighted new opportunities for women to serve or to support the service of other women.

Nearly one million women joined the civilian workforce. For the first time women served in the armed forces: nearly 13,000 in the Navy and Marines, 20,000 in the Army and Navy Nurse Corps, and 450 in the Army Signal Corps. And tens of thousands more volunteered with private social service and religious organizations at home and abroad. 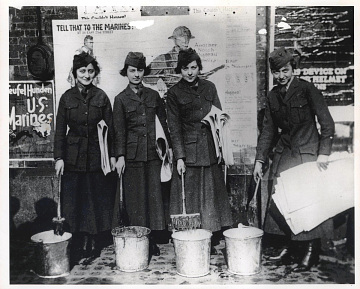 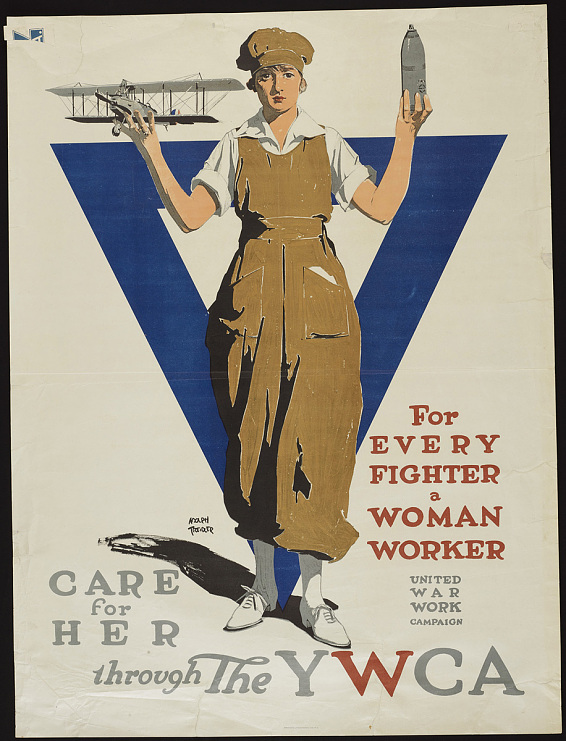 For Every Fighter a Woman Worker
American World War I poster by artist Adolph Treidler for the Y.W.C.A. United War Work Campaign. Depicted is a female munitions worker holding an airplane in her right hand and a mortar shell in her left hand.
Gift of Chamberlain Ferry 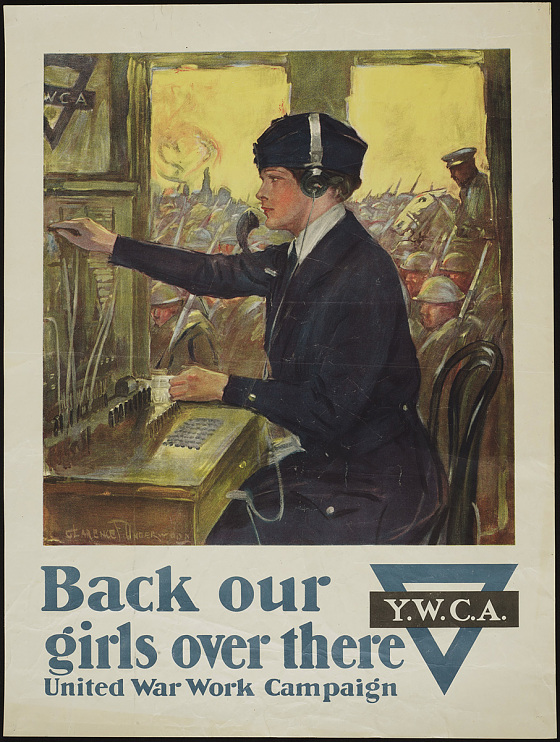 Back Our Girls Over There
American World War I poster by artist Clarence F. Underwood for the Y.W.C.A. United War Work Campaign. Depicted is a member of the U.S. Army Signal Corps Female Telephone Operators Unit, or “Hello Girls,” seated at a switchboard with soldiers in the background.
Gift of Chamberlain Ferry 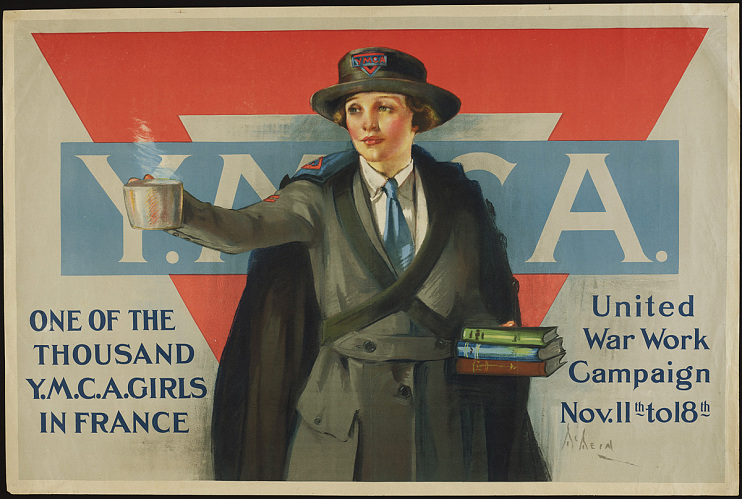 One of the Thousand Y.M.C.A. Girls in France
American World War I poster by artist Neysa McMein for the Y.M.C.A. United War Work Campaign, 1918. Depicted is a Y.M.C.A. canteen worker holding a steaming cup in her right hand and a stack of books in her left hand.
Gift of Chamberlain Ferry 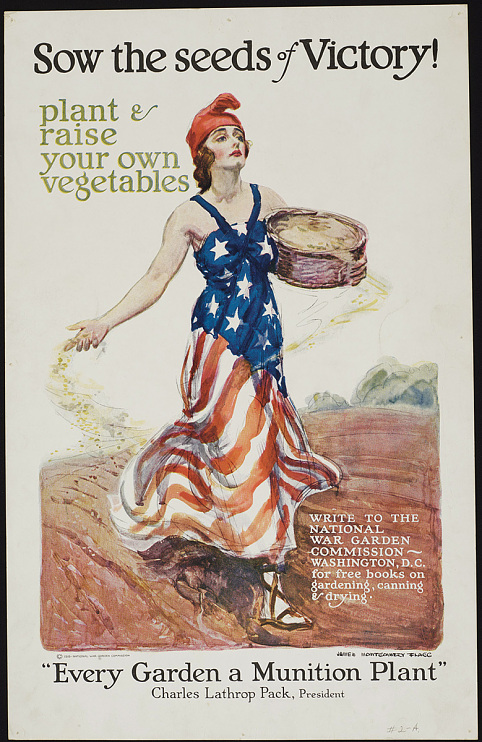 Sow the Seeds of Victory
American World War I poster by artist James Montgomery Flagg for the National War Garden Commission, 1918. Depicted is Liberty holding a basket and sowing seeds as she walks through a tilled field.

Note the contradictory portrayals of women in the posters. On one hand, artists depicted women as people who needed to be protected from an encroaching enemy. On the other, they celebrated women—many in military or civilian service uniforms—as strong figures who were critical to the success of the war effort. The posters reflected emerging attitudes toward women and their roles. 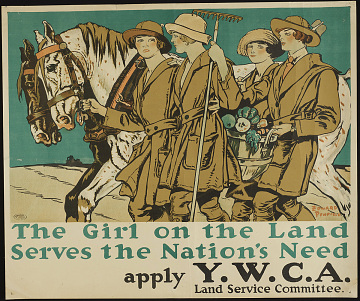 The Girl on the Land Serves the Nation's Need
American World War I poster by artist Edward Penfield for the Y.W.C.A. Land Service Committee. Depicted are four women walking through a field, carrying tools and a basket of produce while leading a team of horses.
Gift of Chamberlain Ferry

‹ The Poster Campaign up Advertising War ›