At Home on the Road

In the 1930s, as more and more Americans enjoyed paid vacations and access to automobiles, many families purchased or made house trailers. Ads promoted trailer life as a way to strengthen family ties through the pleasures of a vacation on the road. Trailers built in the 1930s were scaled-down versions of a home, with foldout beds, stoves, sinks, and other amenities that let a family travel without having to pay for a hotel or meals. Although taking the housekeeping on the road often meant that women did not have much of a holiday, trailers provided a way for hundreds of thousands of people to take vacations. Every summer in the late 1930s and 1940s, the Cate family of New Hampshire towed their Trav-L-Coach house trailer to York Beach on the southern coast of Maine. They stayed at one of the thousands of trailer camps that sprang up around the country to accommodate this new form of tourism. There, like other middle-class families, they spent a week in a vacation cottage on wheels.

Many Americans took their vacations on the road. Autocamping and trailer living helped renew family ties and relieve some of the pressures and distractions of daily life, while it preserved some home comforts. Every summer in the late 1930s and 1940s, the Cate family of Lakeport, New Hampshire—Eben, Vernie, Rudolph, and Virginia—towed their Trav-L-Coach house trailer to York Beach, Maine, for a week at Decatur Motor Camp. Keeping house in their vacation cottage on wheels, they relaxed, took walks on the beach, and swam in the Atlantic Ocean. But Mrs. Cate still had to perform most of the house chores that she did at home. 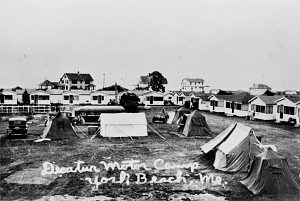 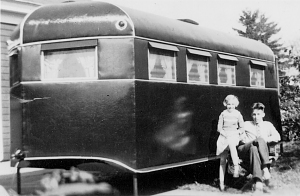 The Cate children and the family trailer 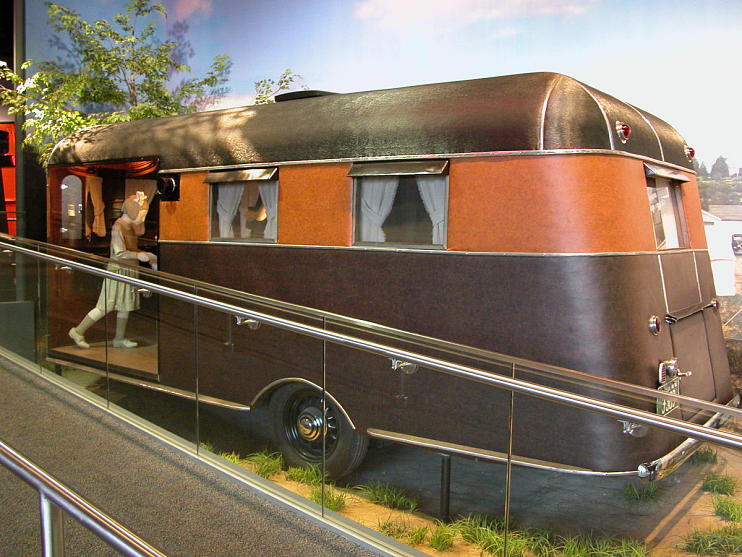 The Cate family's 1934 Trav-L-Coach house trailer is equipped with beds, kitchen, dining area, heat, and electric lights. More than 300 small firms made wooden vacation trailers in the 1930s. The cutaway section was damaged before the Smithsonian acquired the trailer.

During the Depression, thousands of Americans took to living in their trailers year-round. Because trailer residents could pull up stakes easily and because they did not pay real estate taxes, “trailerites” were seen as a social problem. During the 1930s, permanent trailer parks, such as the Ryder Mobile Home Park on Route 1 in Milford, Connecticut, began to cater to trailer residents. Although many people looked down on them, trailer parks provided a low-cost housing alternative. 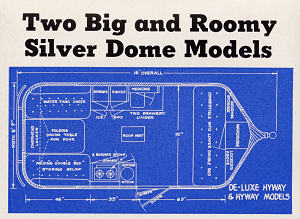 Trailers of the 1930s were usually 16 to 20 feet long and 6 or 7 feet wide. Living in such a small space was a challenge, and many trailer families moved their domestic lives outdoors when the weather permitted. Such behavior violated 1930s notions of propriety and helped give trailers a bad name. 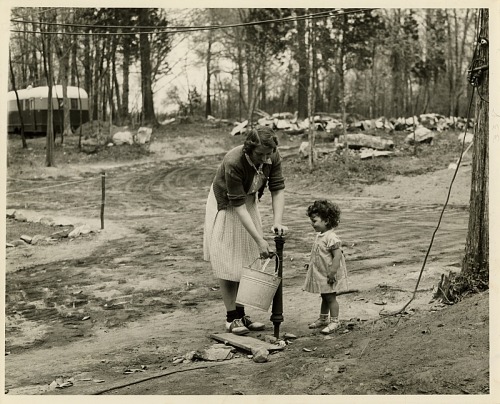 Courtesy of National Museum of American History, Archives Center
At the Ryder Mobile Home Park, early facilities were primitive. Residents whose trailers lacked toilets used chamber pots or an outdoor privy, and there were limited showering facilities. “Trailerites” had to go to an outdoor tap to get water.
‹ Roadside Communities up On the School Bus ›