Between the 1890s and 1920s, a standard automotive design emerged out of the competition between steam, electric, and internal-combustion cars. Manufacturers chose engines, drive trains, and accessories that they thought would attract buyers or make cars more powerful, cheaper, or easier to operate. The front-engine, shaft-driven internal-combustion car appeared by 1901 and became the overwhelming choice of motorists by 1910. Steam cars and electric cars fell out of favor and disappeared from the market in the 1920s 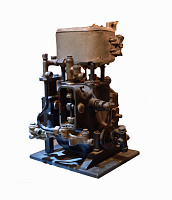 Steam power was popular with some early motorists. Steam cars were fast and powerful, but less safe and more difficult to operate than internal combustion-powered vehicles. 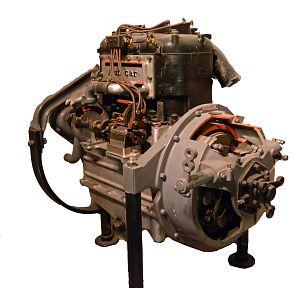 The internal-combustion engine succeeded because it could run a long time between refueling stops, and because of continuous refinements in carburetion, ignition, throttling, and power-to-weight ratio. New features such as the electric starter and electric lights transferred some of the advantages of electric vehicles to internal-combustion cars and trucks. 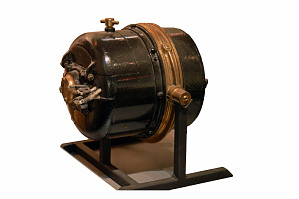 Cars powered by electric batteries—clean, quiet, and easy to start—were popular in cities but not in rural areas, which lacked electricity for recharging. But electric cars had disadvantages: they couldn’t go very far between charges, and battery maintenance was always a problem. Electric trucks were common on short, urban delivery routes with frequent stops.

Why did the steering wheel end up on the left?

Why did the gasoline engine, and not the steam engine or electric motor, become the most common power plant for cars?

Electric cars, quiet and clean, appealed to the wealthy and to women, a smaller market at the time. Steam cars, faster but harder to start and operate, appealed to enthusiasts. The gasoline engine was almost as easy to use as an electric, and easier to start and drive than a steam engine. Its versatility, speed, range, sportiness, and ease of use appealed to people buying cars not just for getting around town, but also for longer trips, and for the pleasure of driving.

Why did the closed body become the standard type of car?

Though more expensive, heavier, hotter in the summer, and dangerous before the introduction of safety glass in the 1920s, the closed body appealed to the buyer who wanted an affordable luxury. It kept you cleaner, and out of the weather. And when metal replaced wood, it was easier to manufacture. Middle-class city and suburb dwellers especially appreciated the closed-body car.
‹ Building and Fixing Cars up Creating a Nation of Drivers ›