“We do want more, and when it becomes more we shall still want more. And we shall never cease to demand more until we have received the results of our labor.” 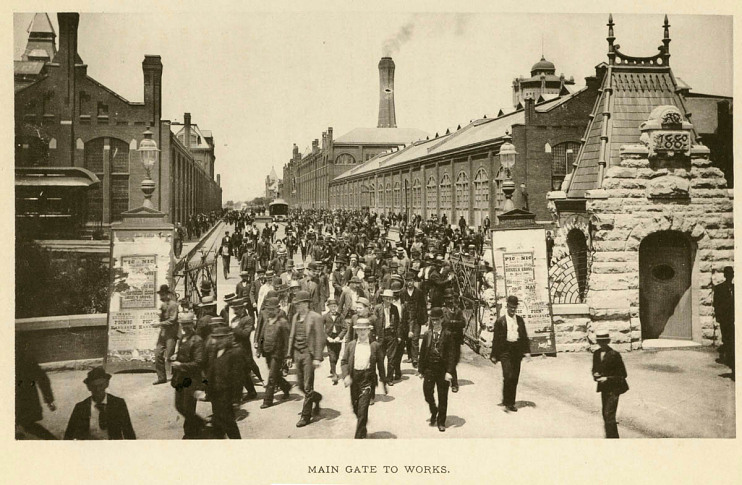 Factory jobs brought economic opportunity, but, without the clout of skilled jobs or strong unions, wage workers were often at the mercy of managers.

As business got big, workers organized into unions to gain power and protect their interests. Unions negotiated the pace of work, the length of the workday, a less arbitrary hiring and firing system, safer workplaces, and a bigger share of profits. Unions benefitted from a growing working-class identity, but struggled with divisions based on skill, race, gender, and nationality. Labor also confronted companies that used the courts, government, and violence to discourage workers from unionizing. 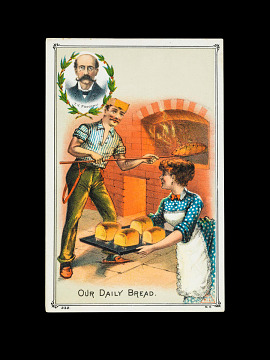 Terrence Powderly transformed the Knights of Labor from a fraternal society stressing the dignity and value of work to a national trade union. 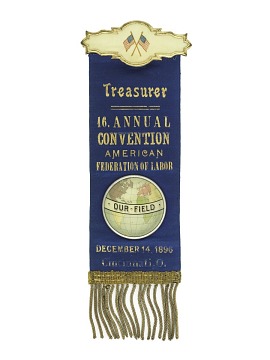 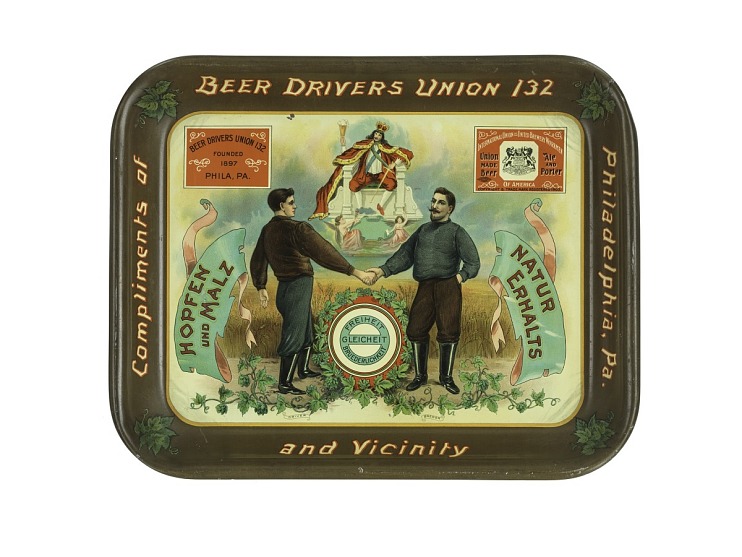 Unions’ power was built on worker solidarity. This beer tray shows a driver and a brewer working together. It says in German “Liberty, Equality, Fraternity.” 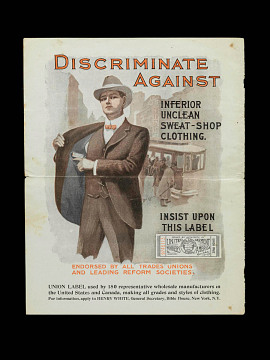 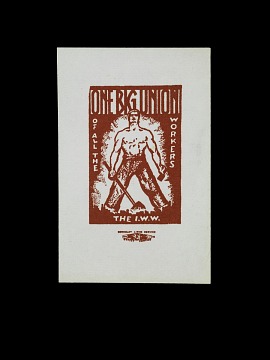 The Industrial Workers of the World (IWW) sought to abolish capitalism. Founded by socialists and anarchists, it did not limit membership by skill, race, or gender. 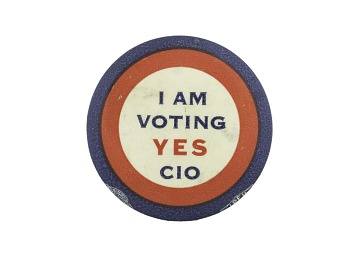 John L. Lewis followed a new approach in the Congress of Industrial Organizations (CIO). He unionized skilled and unskilled workers both within and across industries. 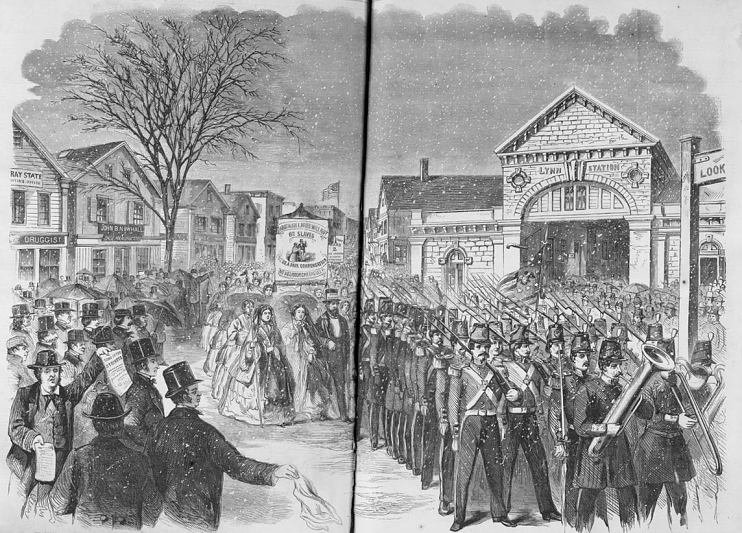 In an early display of regional unity, shoemakers, including women, protested both wage cuts and the rise of factories. 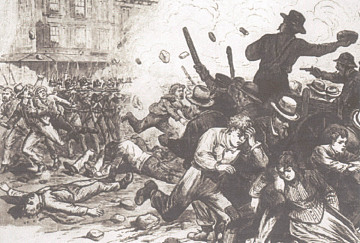 The 1873 depression prompted the B&O Railroad to cut wages twice in one year. When workers struck, federal troops quelled the dispute, which had become national.

Courtesy of the Rare Book & Manuscript Library, University of Illinois at Urbana-Champaign 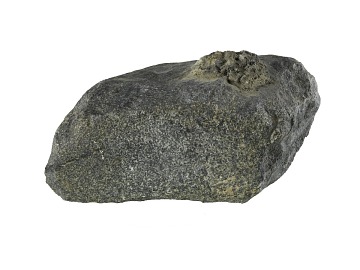 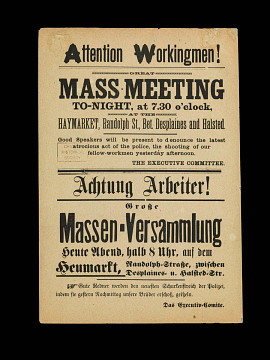 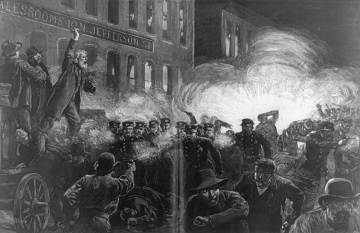 After a bomb exploded at a rally to demand an eight-hour work day, the police opened fire on the crowd. Many felt the nation was coming apart. 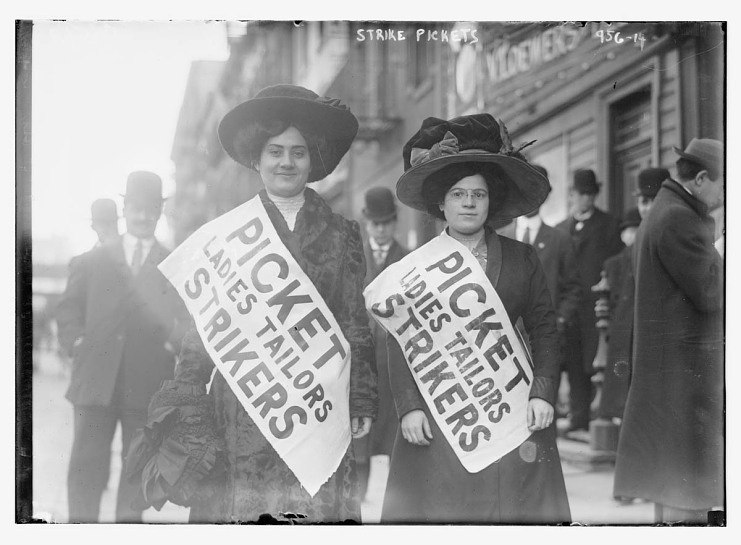 Immigrant garment workers went out on strike against New York garment shops. The women proved that ethnic and gender solidarity could bring about change. 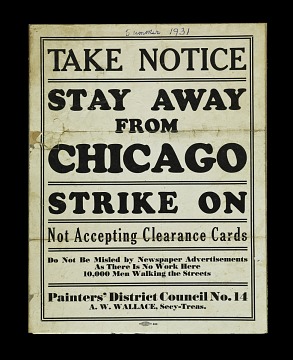 Painters in Chicago sought to keep members belonging to other locals from crossing their picket line. 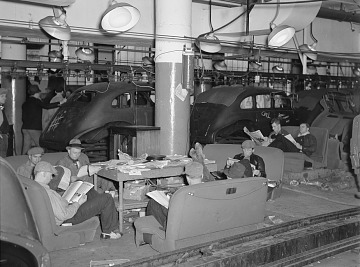 Striking GM workers refused to leave the GM factory, preventing the company from bringing in replacement workers. The success of the strike helped build the union.