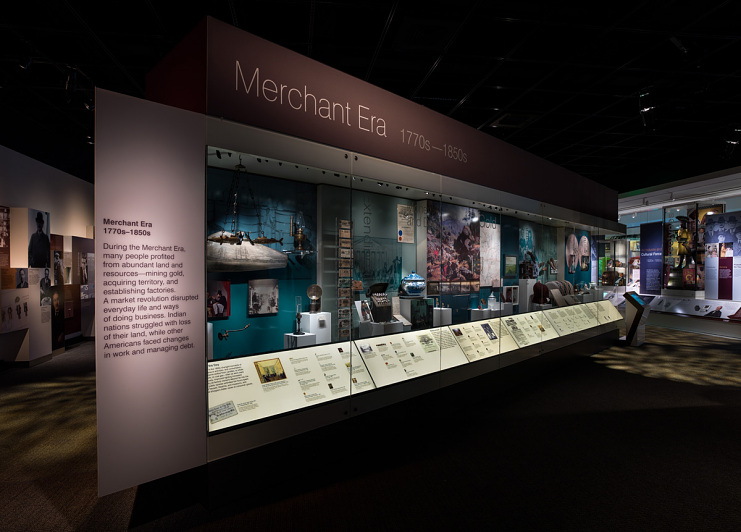 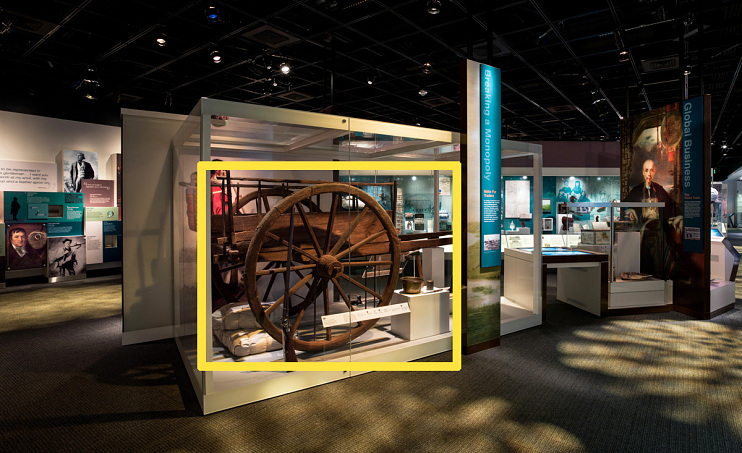 Fur trading, monopolized by the British Hudson’s Bay Company, was the principal business in the Dakota and Minnesota territories. The Métis, people of mixed European and Native American descent, broke the Company’s monopoly by transporting their furs south to St. Paul, where they received better prices from American merchants. 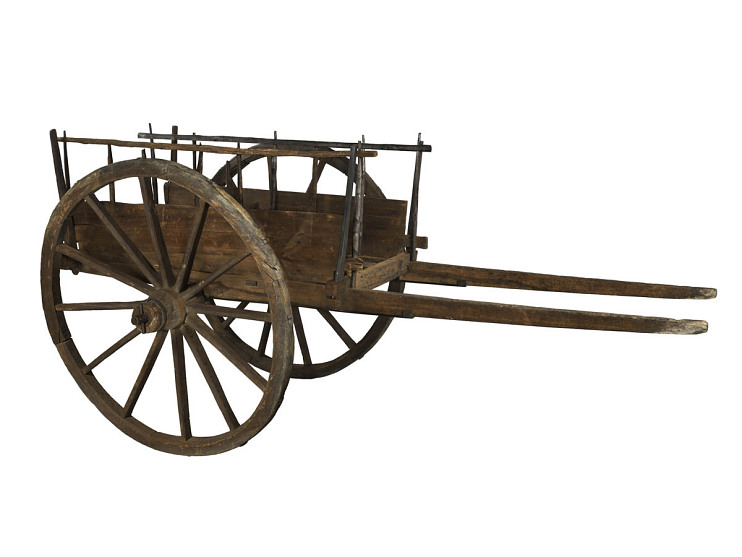 Red River carts were ubiquitous in Minnesota and the Dakota Territory in the early and mid-19th century. They were used extensively in the fur trade. Drawn by oxen or horses, Red River carts carried pelts, dried meats, and animal-skin clothing made by Native Americans, as well as general freight and family or personal items. Several trade routes ran between St. Paul and the Canadian border, some close to the Red River. On return trips from the city, Red River carts carried dry goods, clothing, tools, hardware, guns, farm implements, tobacco, liquor, and other goods. Red River carts were common until the coming of railroads and steamships in the 1870s. 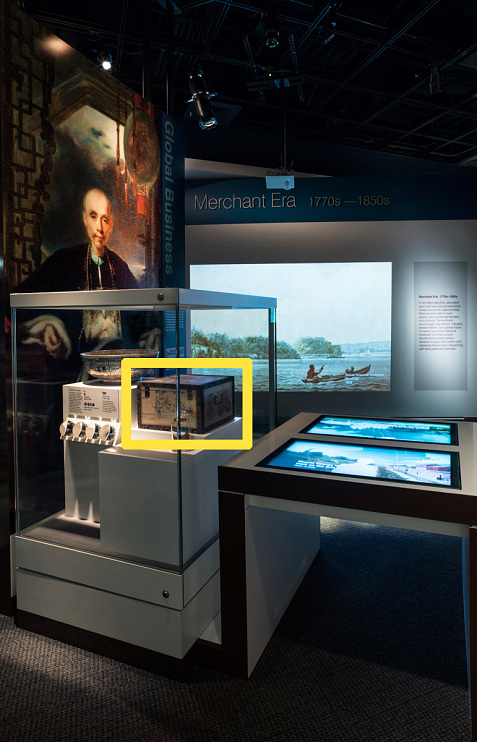 The China Trade: American merchants participated in a lucrative but risky trade with China. They traveled the world looking for things the Chinese would buy. They then purchased Chinese goods for the American market. Trade made Americans resourceful and created wealth for almost everyone, including the Chinese merchant Howqua, who became one of the richest men in the world. 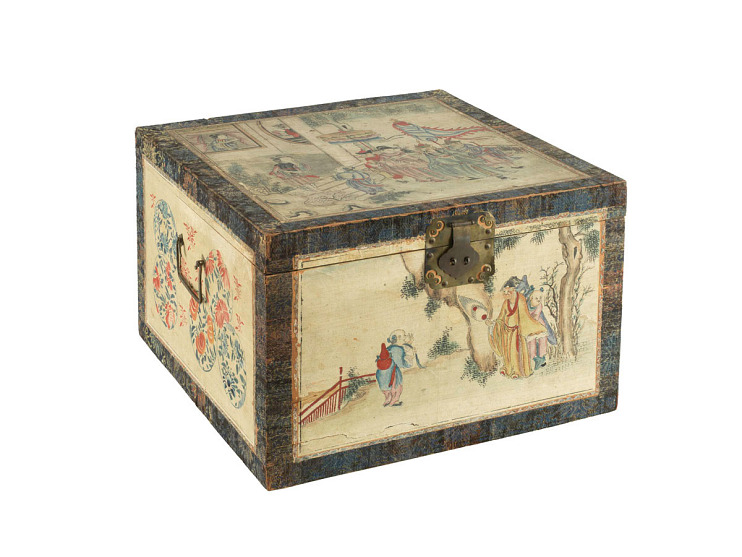 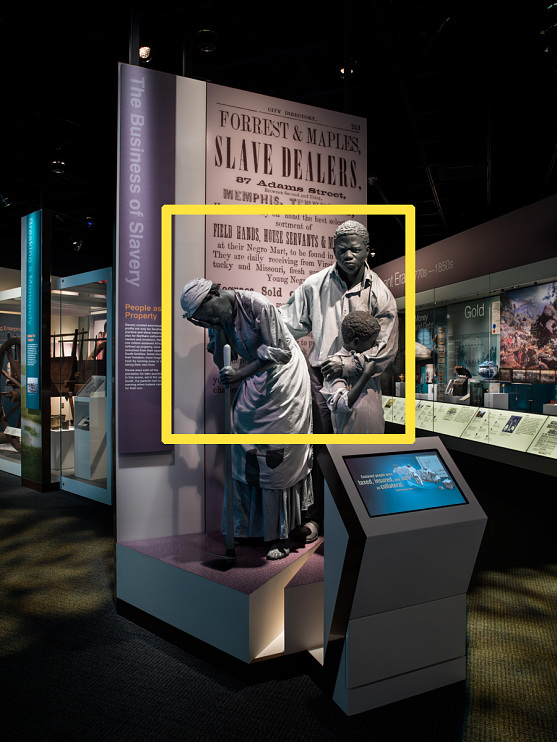 Slavery created enormous profits not only for Southern planters and slave traders, but also for Northern cotton-mill owners and investors. Nearly one million enslaved Africans, defined as property, were wrenched from their upper South families. Some bought their freedom; more fought back by running away or even taking their own lives. 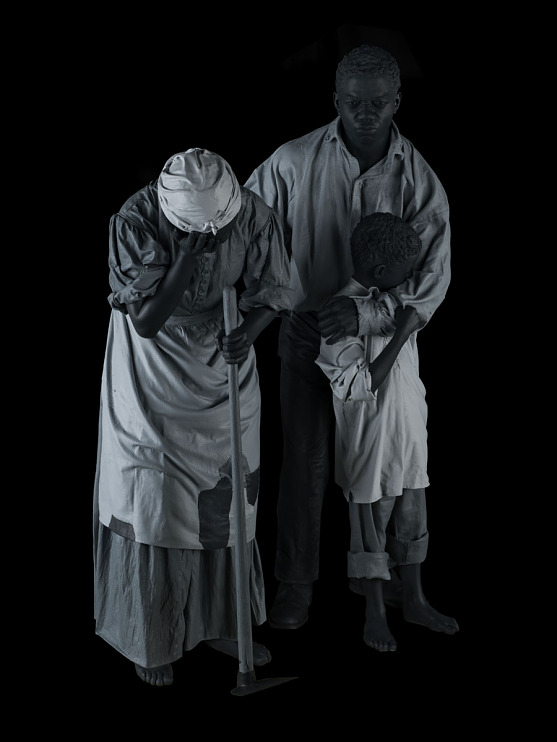 Sculpture of an enslaved family
Slaves were sold off the plantation for later auction. In the scene depicted in this exhibition, set in the upper South, the parents had no warning when traders came for their son. 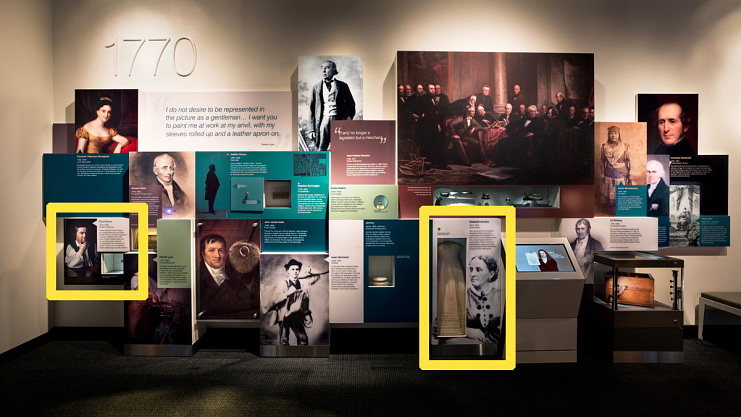 Paul Revere (1734–1818) learned the art of silver and goldsmithing from his father, Apollos Rivoire, a French Huguenot immigrant. Master of his craft shop, Revere created work that his contemporaries admired. To supplement his income as an artisan, Revere also worked as a copper plate engraver and a dentist. This object is a sugar tong bearing the mark of Paul Revere’s silver shop. After earning her own freedom, Elizabeth Keckley (1818–1907) became a dressmaker and companion to Mary Todd Lincoln. Keckley made this christening dress for her goddaughter. With money from dressmaking, Keckley founded the Contraband Relief Association to assist newly freed slaves. 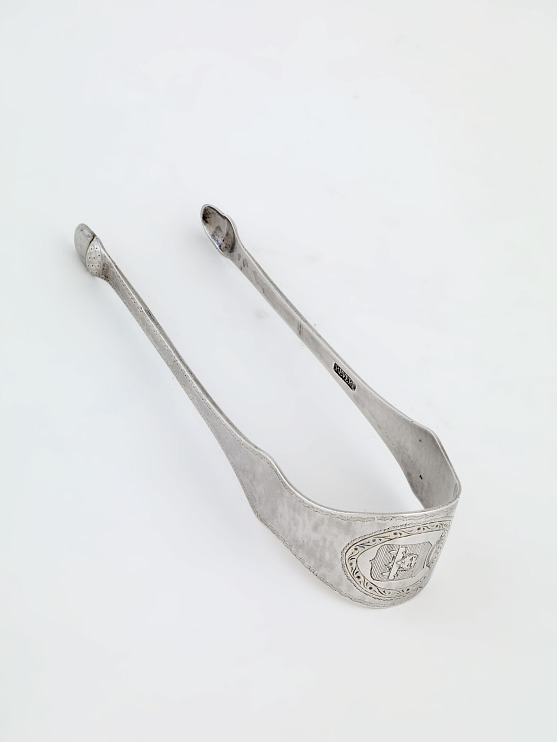 Sugar tongs made by Paul Revere, silver, about 1792 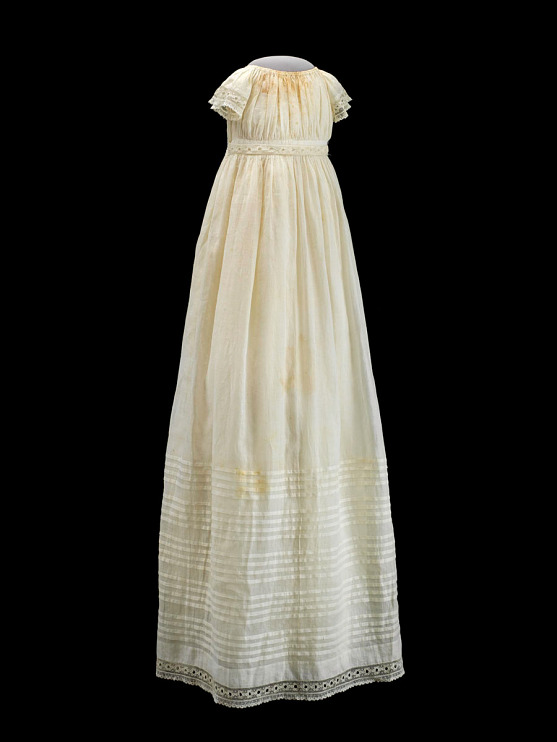 Christening gown made by Elizabeth Keckley, 1866 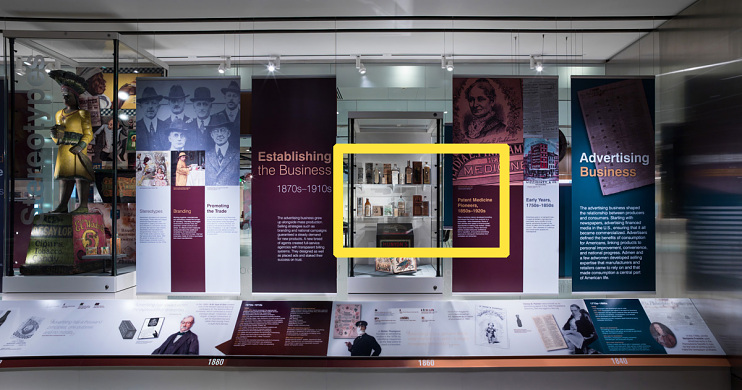 Advertising grew in a haphazard way. Created by printers, manufacturers, merchants, and a handful of local agents, advertising focused on the names of sellers and the quality of the product. Often plastered on buildings, ads turned public spaces into marketplaces. 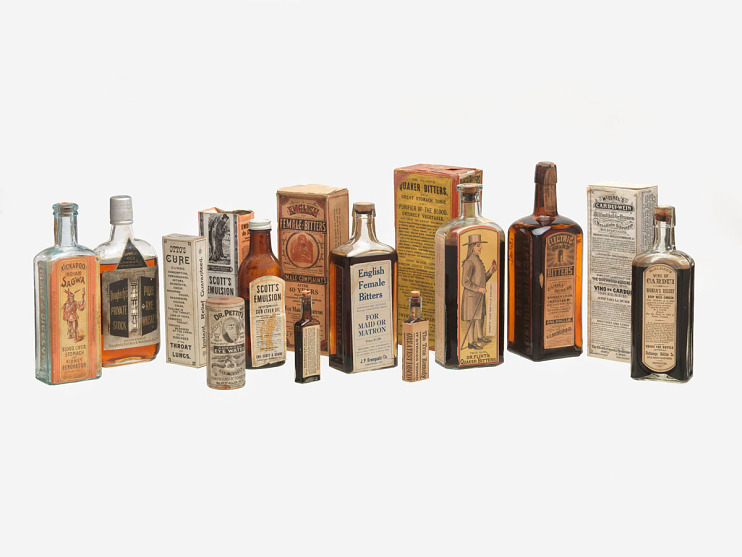 Patent medicine makers developed branding techniques that linked their products to a personality—often themselves. Some of their pitches were based on time-honored approaches to healing that worked. Others made false promises. These dishonest pitches eroded consumer confidence, led to regulation, and pushed advertising agencies to distinguish themselves from hucksters and showmen.