More about the Transcontinental Railroad 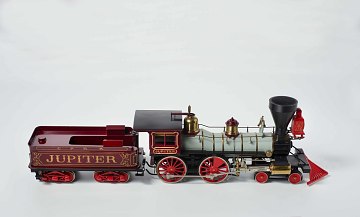 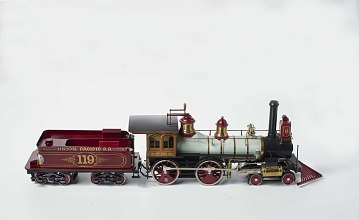 The Union Pacific Railroad made replica spikes commemorating the event, including this one given to the Smithsonian in 1958. 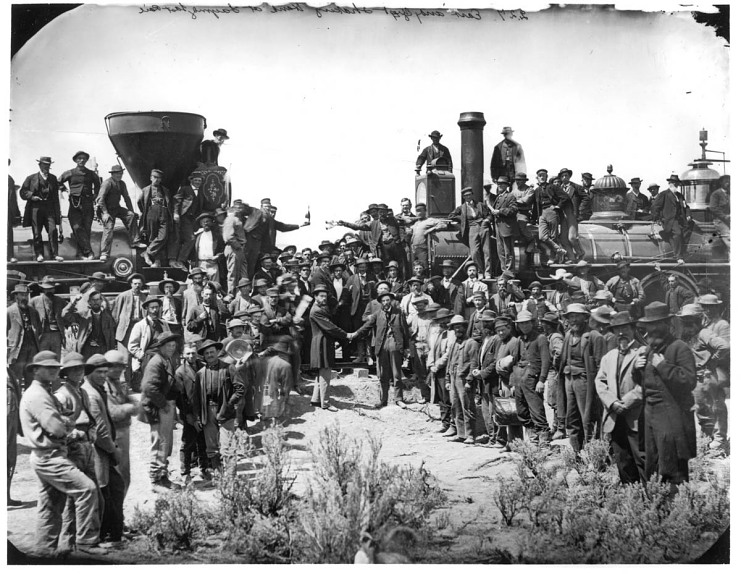 For many, completing the Transcontinental Railroad symbolized achievement and national unity—yet it was built with mostly immigrant labor. Ironically, the famous photos show few of the workers who built the road. 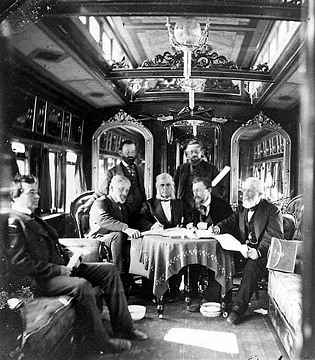 Detail from stereo view of Union Pacific board members and others in company business car, 1869

Building the Transcontinental Railroad presented both physical and monetary challenges. Even with huge government subsidies, the railroad companies had to raise millions of dollars to cover construction costs. Directors skimmed millions off the construction and became rich. Operating the enterprise was often less profitable. 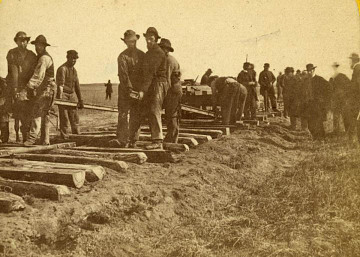 The backbreaking work of grading the bed and laying the track required thousands of workers, who were poorly paid. Building west from Nebraska, the Union Pacific hired Irish immigrants and Civil War veterans. The Central Pacific Railroad Company, building from California, hired Chinese migrants. In the center, Mormon laborers worked for both lines.

Railroads provided employment for immigrant workers, opportunities for investors, and a means for farmers to seize new lands. But these new transportation routes also carried settlers.

Lakota, Shoshone, Cheyenne and other tribes fiercely resisted the railroad as it encroached on indigenous communities. The Pawnee worked with the railroad, seeing benefits to the partnership. Farmer, miners, and even tourists changed the landscape, destroying wildlife and habitats. 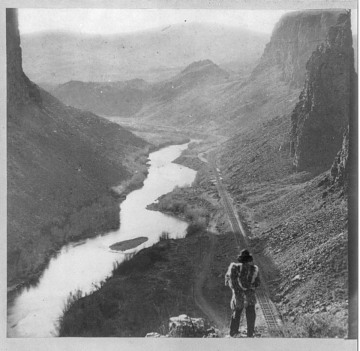 The Shoshone were among some of the Native peoples who resisted as the Transcontinental Railroad, aided by U.S. Army troops, pressed into their lands. Both the railroad and the settlers who used it threatened Native peoples’ ways of life and sovereignty. 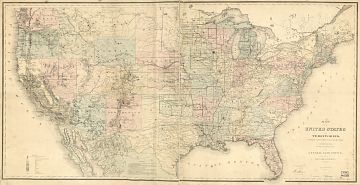 Map of the United States and territories, 1868