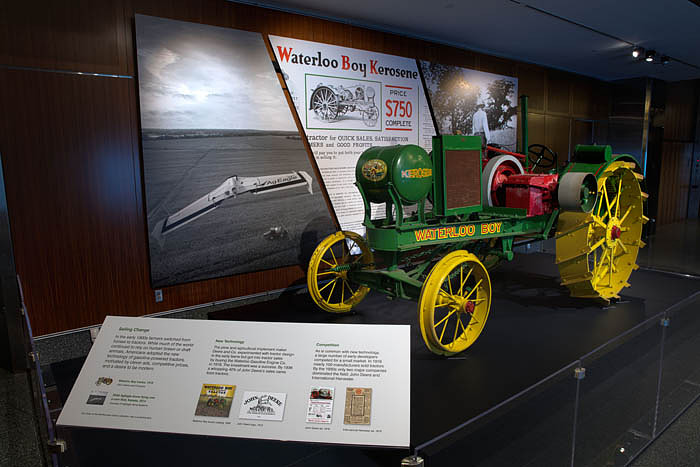 Gift of Deere and Company

The development and use of gasoline-powered tractors in the early 1900s helped change the business of American farming. Turning away from animal power and labor-intensive production, farmers modernized their rural operations, seeking the efficiency, size, and use of machines typical of urban factories.

It takes much effort to stay competitive, and often more change to become dominant. Evolutionary biologists call this the "Red Queen Hypothesis," named for the character in Through the Looking-Glass. The Red Queen tells Alice “… it takes all the running you can do, to keep in the same place. If you want to get somewhere else, you must run at least twice as fast as that!” When applied to business, the idea reflects the uncertainty of adopting new inventions.

Alice and the Red Queen in Through the Looking-Glass, 1871

Do U.S. farmers risk bankruptcy when buying new machinery and running twice as fast, or stand still and go with tradition? 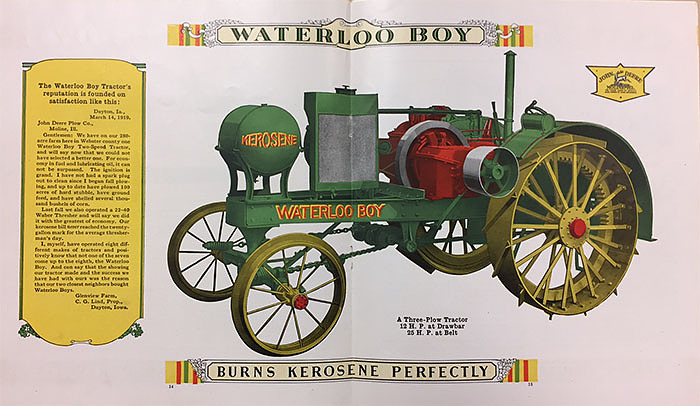 In the early 1900s farmers switched from horses to tractors. While much of the world continued to rely on human brawn or draft animals, Americans adopted the new technology of gasoline-powered tractors, motivated by clever ads, competitive prices, and a desire to be modern.

As is common with new technology, a large number of early developers competed for a small market. In 1916 nearly 100 manufacturers sold tractors.  By the 1930s only two major companies dominated the field: John Deere and International Harvester.

The plow and agricultural implement maker Deere and Co. experimented with tractor design in the early teens but got into tractor sales by buying the Waterloo Gasoline Engine Co. in 1918. The investment was a success. By 1936 a whopping 40% of John Deere’s sales came from tractors. 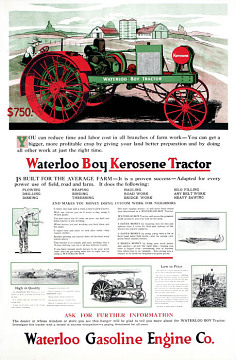 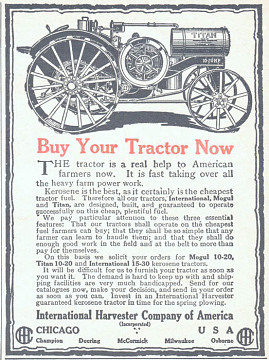 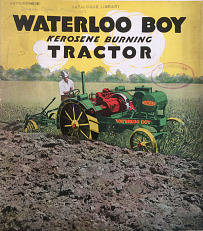 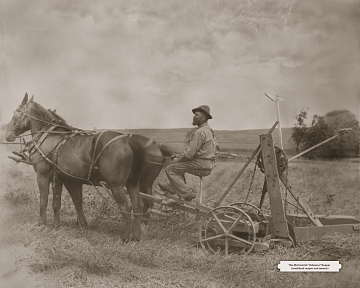 Two-horse team pulling a reaper, around 1910. 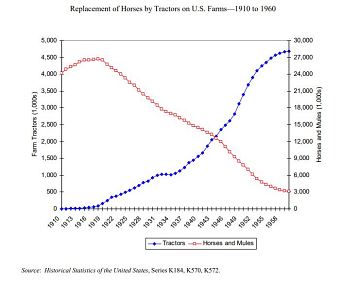 Replacement of horses by tractors on U.S. farms.

Courtesy of the National Bureau of Economic Research

Horses eat 365 days a year; tractors consume fuel only when running. Abandoning the use of animal power meant that farmers could grow cash crops on land once used for raising feed. It takes about six acres to grow enough food for a single horse.

‹ Icons of Business up Videos ›