People from around the world have long immigrated to the United States seeking opportunity. But while the U.S. economy has benefited by the talents and energy of migrants and immigrants there have also been concerns. The nation began regulating and controlling immigrants in 1875. 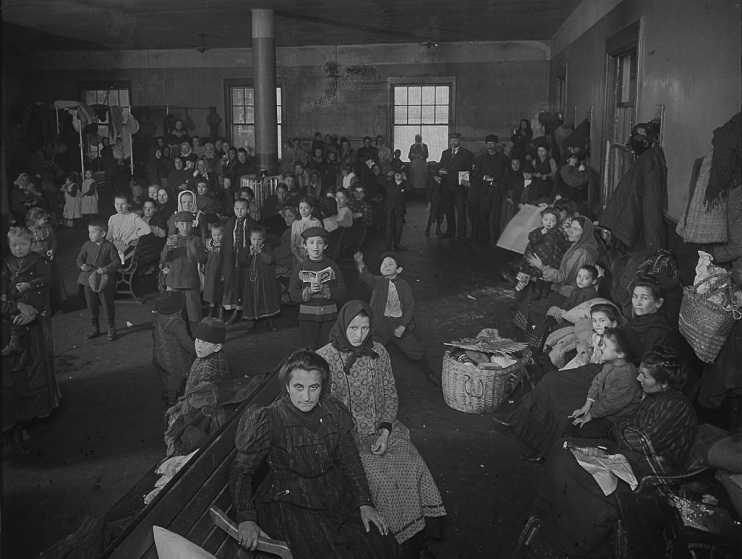 Immigrant families on Ellis Island, about 1910

Courtesy of the NMAH Archives Center 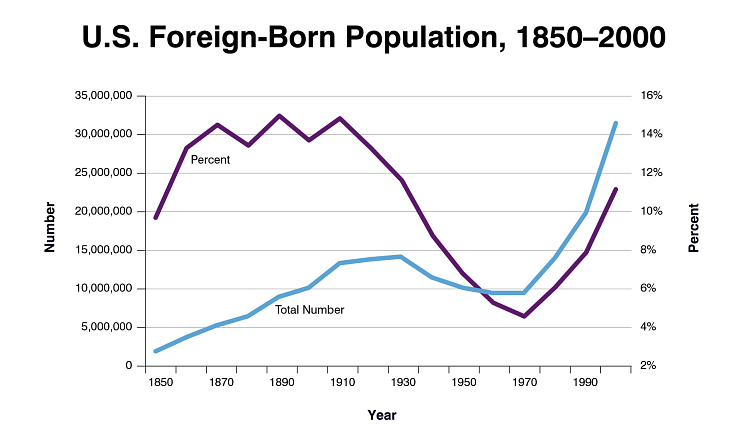 This chart shows how the foreign-born population in the U.S. increased after the passage of the Immigration and Nationality Act in 1965.

As the number of immigrants increased, the national origins of immigrants shifted away from Europe to Asia and Latin America. Despite deeply held public beliefs, less than half of the immigrants in the United States are on a path to citizenship. Over half of legal foreign-born people in the United States are students or temporary workers on nonimmigrant visas. Estimates of unauthorized workers vary but probably hover around 3 to 4 percent of the population. Combined, the immigrant populations provide a rich diversity in the United States, increasing innovation, expanding the labor force with people eager to work (which results in holding down wages for some as employers need to compete for workers diminishes), lowering labor strife (immigrants tend to be compliant workers), and providing a pool of new entrepreneurs. The United States, once characterized as a melting pot of immigrants, is now described by scholars with the metaphor of the salad. The goal of total assimilation is out and recognition of the value of difference is celebrated. No one wants their onion to taste like a tomato. 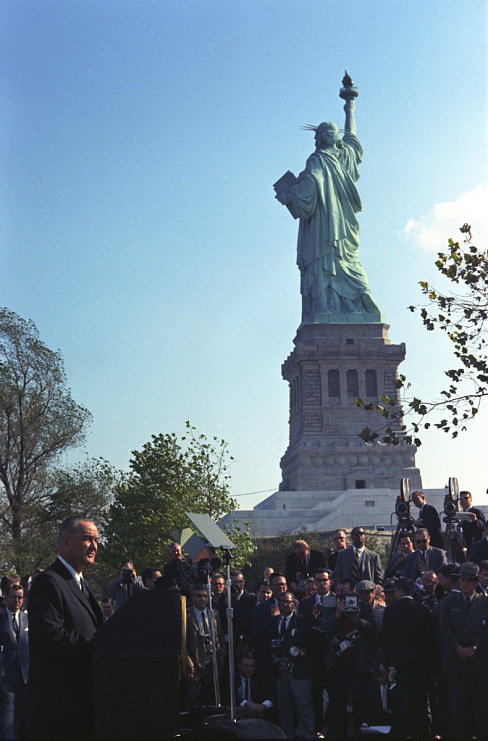 President Lyndon Johnson delivering remarks in front of the Statue of Liberty after signing the Immigration and Nationality Act (commonly known as the Hart-Celler Act) on October 3, 1965. The new legislation changed how the nation regulated immigration.

Courtesy of the LBJ Presidential Library. Photo by Yoichi Okamoto.

Current U.S. immigration laws are very complex. Some people come to work in the US on a visa with no path to citizenship, others have a visa which eventually allows for citizenship, yet others do not have a visa at all.

Check this page in the weeks ahead to learn more about this important historical subject. 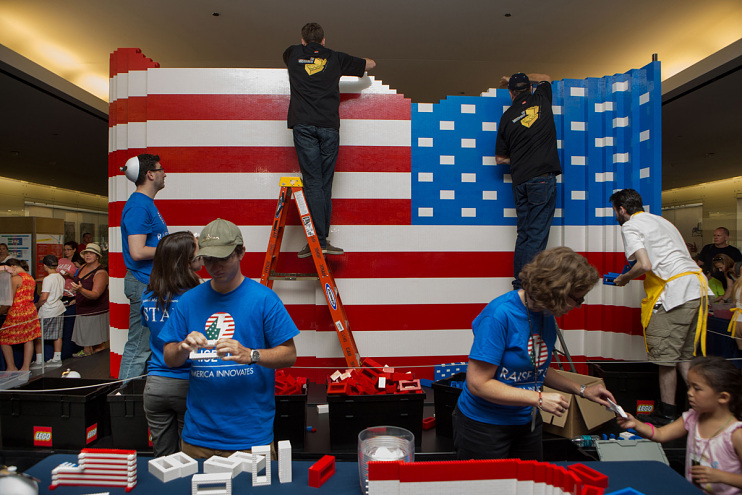 In July 2015, museum visitors helped build the largest U.S. flag ever constructed out of LEGO® bricks.