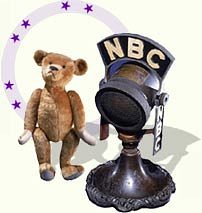 When the American political system was young and long distances were traversed most quickly on horseback, there were three ways a president could make his plans and policies known to the public. He could travel far and wide to express his views directly to the people. He could rely on supporters to tout his worthiness and post handbills proclaiming his positions on issues of the day. Or, he could publish his ideas in a newspaper--run, of course, by his own political party. As the country has grown, so have the methods a president can use to communicate with the American people: telegraph, newsreels, radio, television, and now the Internet.

The American people use these same methods to express their own opinions about presidents. Political cartoons and broadsides lampoon the actions of the White House. Movies, plays, records, and television programs offer varying interpretations of the lives of real presidents, or create imaginary leaders who reflect the mood of each generation. Similarly, the presidents' images have been long used to adorn or advertise a variety of products, from games to beverages to hand soap.

‹ The Secret Service up The President Communicates ›