Changes in communication technology gave presidents the opportunity to reach beyond immediate audiences, starting with voice recordings followed quickly by the advent of film. 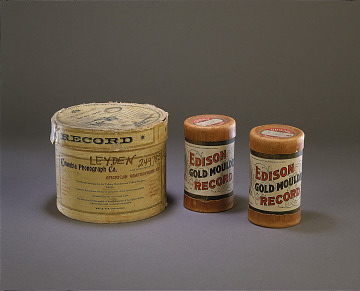 Wax cylinder recordings, Edison National Phonograph Company
In the 1908 campaign, William Howard Taft and William Jennings Bryan reached voters across the country through short messages recorded on flat disks or wax cylinders, the first time presidential candidates spoke through commercial recordings.  The speeches were delivered, not before live audiences, but in their homes.  After Taft won the election, some of his recordings were rebranded as “a Record made by the President of the United States.” 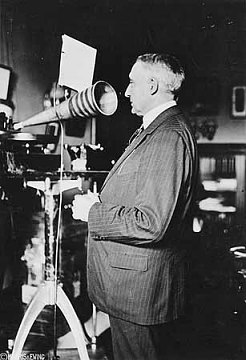 By 1920, presidents routinely released speeches and remarks on records. 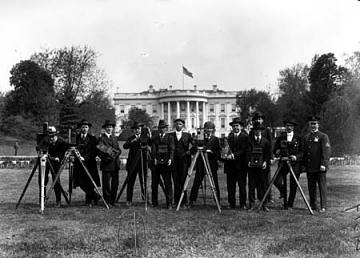 Motion-picture and still photographers on the White House lawn, 1919
Courtesy of Library of Congress

Motion-picture newsreels were an important means of mass communication from the 1920s through the late 1940s. By the 1930s, some 85 million Americans attended one of 17,000 movie theaters each week. At most film screenings, these moviegoers saw newsreels--short subjects, updated twice a week--from five companies: Fox Movietone, News of the Day, Paramount, RKO-Pathé, and Universal.

The newsreel helped the film industry cement political connections with Washington. And it gave many Americans their first look at the "performance" of presidential speeches and addresses, projecting personality in a way that would become increasingly familiar through radio and television in the coming years. 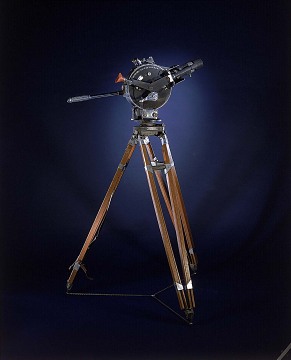 This Akeley newsreel camera belonged to Joseph W. Gibson, a cameraman whose career started in 1914 at New Jersey's Fort Lee Studios. He subsequently worked for five news organizations, and used the camera from 1935 to 1959. The tripod is a reproduction. 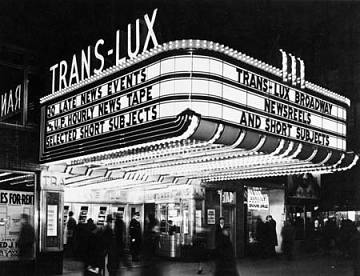 The Trans-Lux Theater on Broadway in Manhattan, shown here in 1931, presented a changing program of newsreels lasting about forty-five minutes.
‹ Stump Speeches up Radio ›