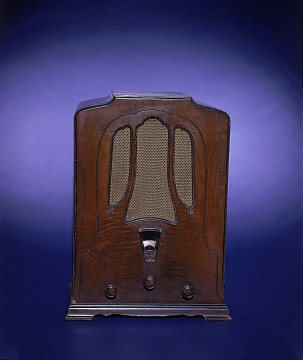 Cathedral radio, 1940s
By 1924, 1.25 million American households had a radio, compared to 400,000 the previous year. By the early 1930s the two largest networks, the National Broadcasting Company and the Columbia Broadcasting System, were quickly becoming national fixtures. Ubiquitous and immediate, radio was now the foremost medium of mass communication, and the radio receiver a primary focus in the American home. 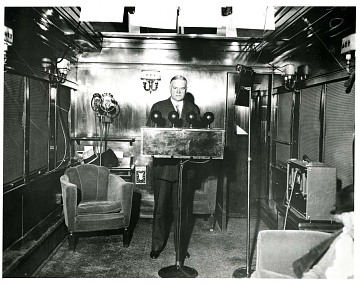 Herbert Hoover delivering radio address
Warren G. Harding was the first president to deliver a speech broadcast by radio. Presidents Calvin Coolidge and Herbert Hoover were also occasionally heard on the radio. However, they were not comfortable with it and did not understand its potential impact. Here, President Hoover delivers the final address of his 1932 re-election campaign from his private railroad car. 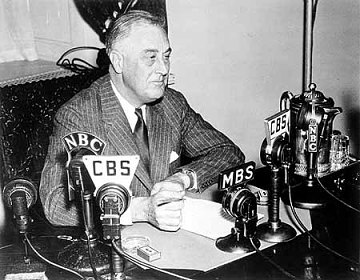 Roosevelt seated before a microphone
Franklin D. Roosevelt, a master of timing and tone, was the first president to effectively use radio. His inimitable style of "fireside chats" built an audience for radio talk in the 1930s. 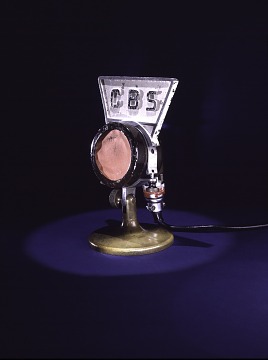 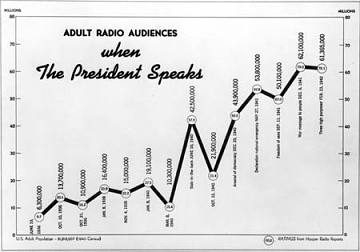 Ratings chartbr/>Broadcast-industry executives were especially interested in quantifying radio listening. This chart, prepared by the Hooper Ratings Company, illustrates the steady growth of the listening audience for FDR's radio chats and addresses from 1936 through the first years of World War II. Advertisers used such surveys, unique to radio and then television, to determine which programs and performers would be the most effective sales tools.
Courtesy of Franklin D. Roosevelt Library 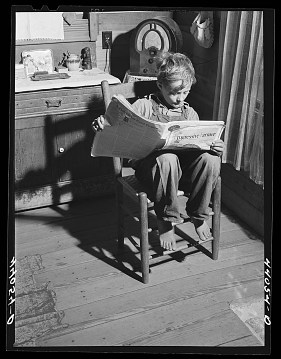 Colie Smith, the son of a Farm Security Administration borrower, Georgia, 1941. By the 1940s, radios were a valued and essential feature in most American homes. Young people listened as avidly as adults.
Courtesy of Library of Congress
‹ Early Recordings up Television ›