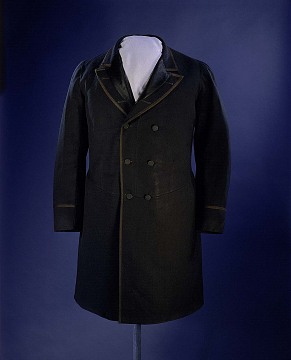 The Oath of Office:

Article 2, Section 1 of the Constitution requires that before presidents can assume their duties they must take the oath of office. The completion of this thirty-five-word oath ends one president's term and begins the next.

From the day George Washington placed his hand on the Bible and recited the oath, the inaugural ceremonies have been an important symbol of our government's continuity and permanence.

Why change the Inauguration date?

In 18th-century America it seemed reasonable to set aside four months between the election and the inauguration. This would provide enough time to tally the votes, to have the electoral college members send their ballots to Washington, and for the president-elect to organize the new government.

But in the modern world of communications and politics, four months was an eternity in which crises could arise or the outgoing administration could do untold amounts of mischief. In 1933 the Twentieth Amendment to the Constitution changed the date of presidential inaugurations from March 4 to January 20, making Franklin D. Roosevelt the last president inaugurated in March and the first inaugurated in January. 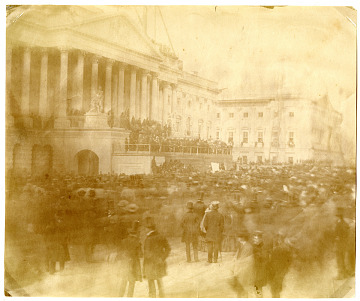 View object record
View object record
This image of James Buchanan taking the oath of office in 1857 is the oldest known photograph of a presidential inauguration. More than 150,000 people attended his swearing-in ceremony and the parade down Pennsylvania Avenue. James Monroe began the tradition of taking the oath of office outside the Capitol in 1817 and since then the public has enthusiastically embraced the opportunity to witness the peaceful transfer of power. 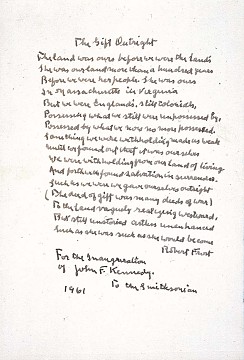 "The Gift Outright," by poet Robert Frost
John F. Kennedy invited Robert Frost, then eighty-six, to read a poem at his 1961 inauguration. The presence of the New England poet lent an air of cultural sophistication to the proceedings. However, the sun's glare prevented Frost from reading "Dedication," which he had written for the occasion. Instead, he recited "The Gift Outright" from memory. 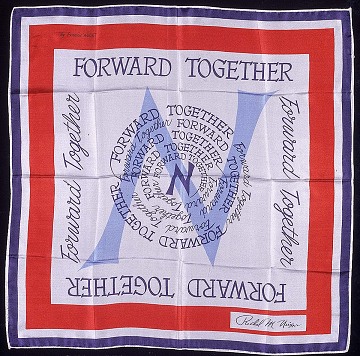 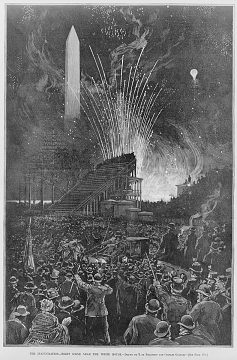 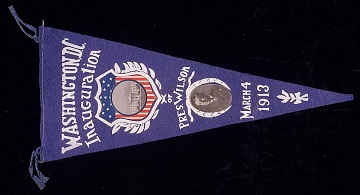 Pennant from Lyndon B. Johnson's inauguration 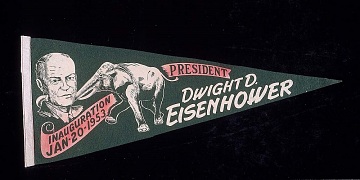 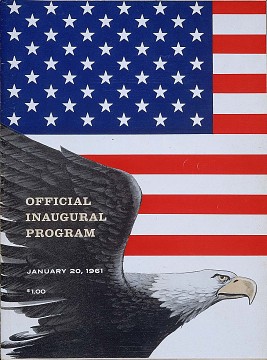 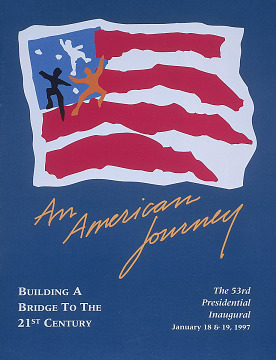 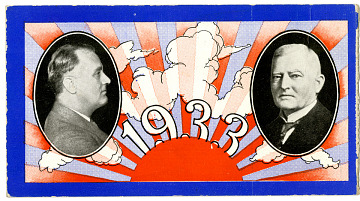 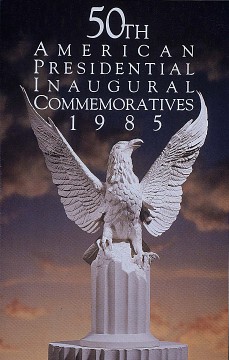 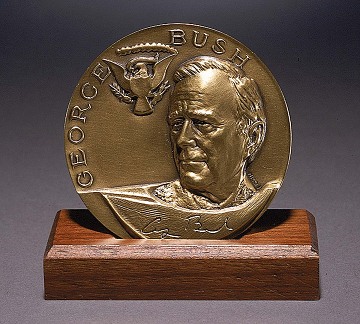