Life and Death in the White House 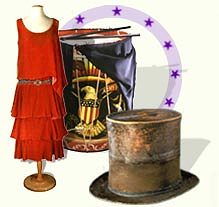 George Washington's presidential residence was in Philadelphia, but he was active in creating a permanent place for future presidents to live and work. In 1790 he signed an Act of Congress declaring that the federal government would reside in a district "not exceeding ten miles square...on the river Potomac." Together with city planner Pierre L'Enfant, Washington chose the site for the new presidential residence, now 1600 Pennsylvania Avenue.

It has been more than 200 years since the second president John Adams and his wife Abigail Adams moved into the incomplete Executive Mansion in the incomplete District of Columbia. Since then, all of Adams’ many successors have lived in the building we now call the White House in the city we know as Washington, D.C. Most were married, some were widowed, three married while in office — although only Grover Cleveland had his wedding at the White House. A steady stream of presidential children and grandchildren have been born and raised there; a number have been married there. And a few individuals, presidents and family members, have even died in the place American presidents call home.

‹ Celebrations up Life in the White House ›