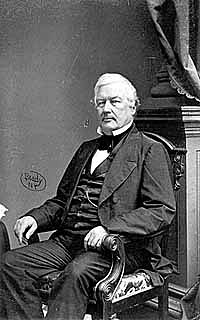 Millard Fillmore was Zachary Taylor's vice president, and so became president in 1850 after Taylor's sudden death. Although he personally opposed slavery, Fillmore signed the Compromise of 1850, which he felt would temporarily pacify both North and South. But the Fugitive Slave Act, a resolution which promised federal support for capturing runaway slaves and allowing slaves to be hunted in anti-slave states, infuriated Northern abolitionists and lost Fillmore any hope of reelection. Two of Fillmore's more positive acts in office were sending Commodore Matthew Parry on a trade mission to Japan in 1853 and allocating federal aid for the construction of railroads.