European nations clearly understood that the expanding population, growing economy, and increasing trade with North America made it territory worth contesting as they sought to expand profits from their overseas colonies.

Colonial population expanded rapidly after 1700, through increased immigration and natural growth. Likewise, both exports and imports boomed. Trade was greatest with Europe. Note that figures for Africa, the Caribbean, and other parts of the Americas include the growing slave trade. 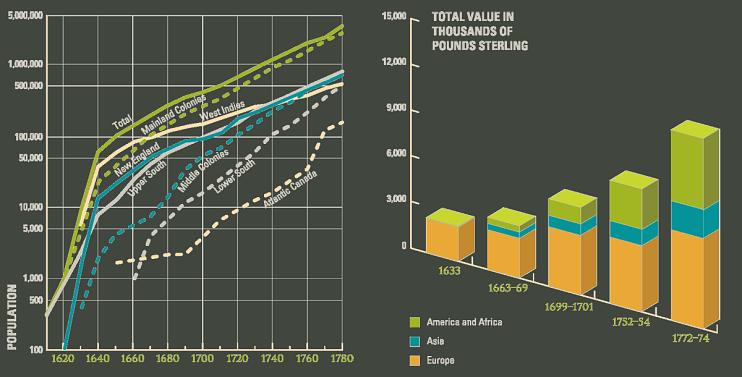 The eruption of the Seven Years War along the American Frontier in 1763 began a series of steps that led to the American Revolution and ultimately the Siege of Yorktown, the last major battle in North America. Events around the world were closely linked to those in the United States. 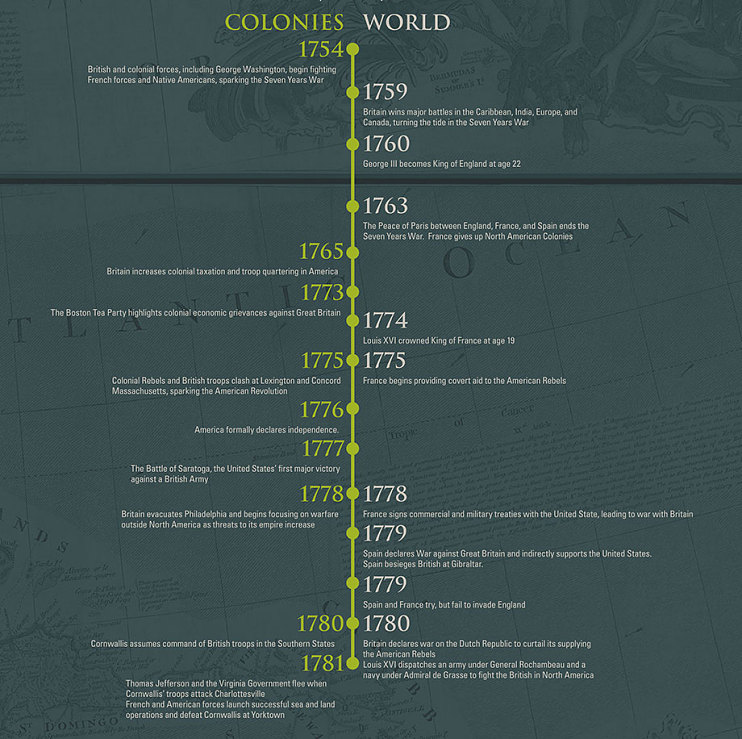 ‹ The Seven Years War up Territory Worth Contesting ›