The 1800s and early 1900s were periods of exponential growth in the size, population, and economic development of the United States. In the years following the resolution of its Civil War, the nation rose to the ranks of a world power equal to the European nations that had originally colonized it.

The population of the United States passed that of the United Kingdom in the 1850s, and the gap continued to widen. That expansion was mirrored in the takeoff of the U.S. economy in the years following the Civil War, when its rapid industrial growth astonished the world. 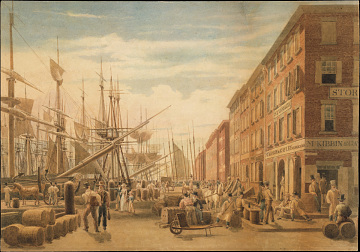 Courtesy of Metropolitan Museum of Art

After the Siege of Yorktown, battles linked to the American Revolution continued around the world until peace was concluded in 1783. As the United States grew and prospered during the 1800s and 1900s, the nation’s history remained closely tied to global events. 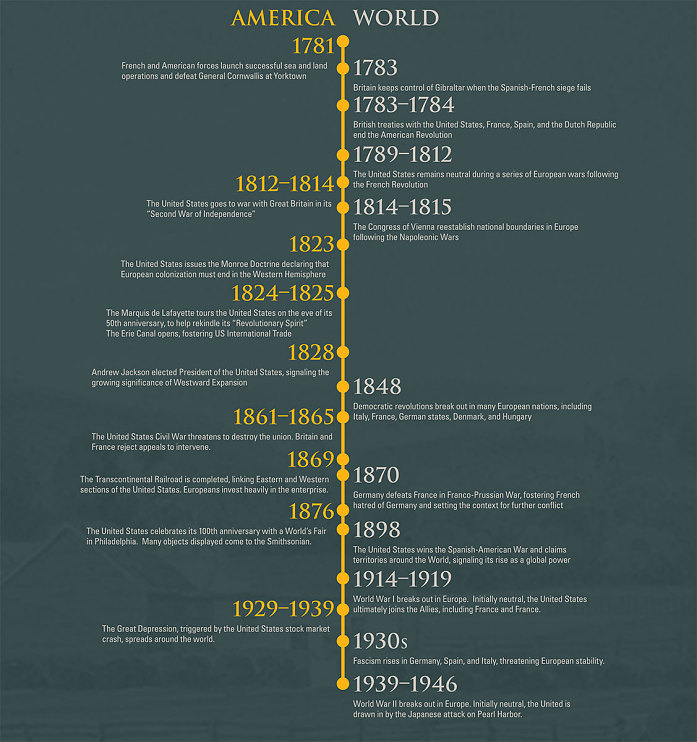 ‹ England and Its Enemies up An Emerging World Power ›