The Seven Years’ War, a prelude to the American Revolution, fundamentally realigned colonial power around the world. Although sparked by conflicts in North America, it grew into a global contest between all major European nations fought on five continents and surrounding seas. The war finally ended with the Treaty of Paris in 1763. As illustrated on the adjacent map, France’s defeat meant ceding all its land claims in North America to Britain and Spain. After the war, France soon began plotting revenge on Britain.

Battle of the Monongahela

The Battle of the Monongahela in July 1755 was the most important early battle of the Seven Years’ War in North America. There British forces, under General Edward Braddock, lost badly to French soldiers and their American Indian allies. Braddock was mortally wounded, but his American ally George Washington fought valiantly and gained wide acclaim. 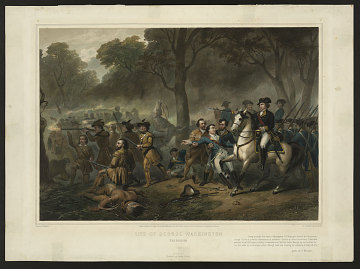 Imagined depiction of George Washington at the Battle of the Monongahela, 1854 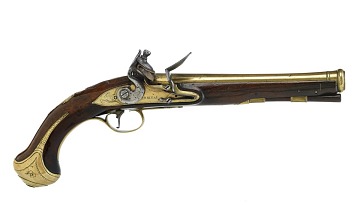 Before he died, General Edward Braddock gave this pistol to George Washington, who later carried it in several campaigns during the American Revolution.
Gift of William G. Renwick 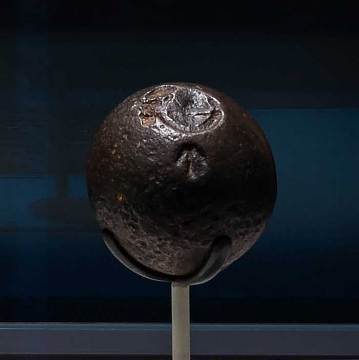 This cannon ball was unearthed at the site where the British camped near the Monongahela battlefield. The “broad arrow” mark designates English manufacture.
Loan from Fort Necessity National Battlefield, National Park Service 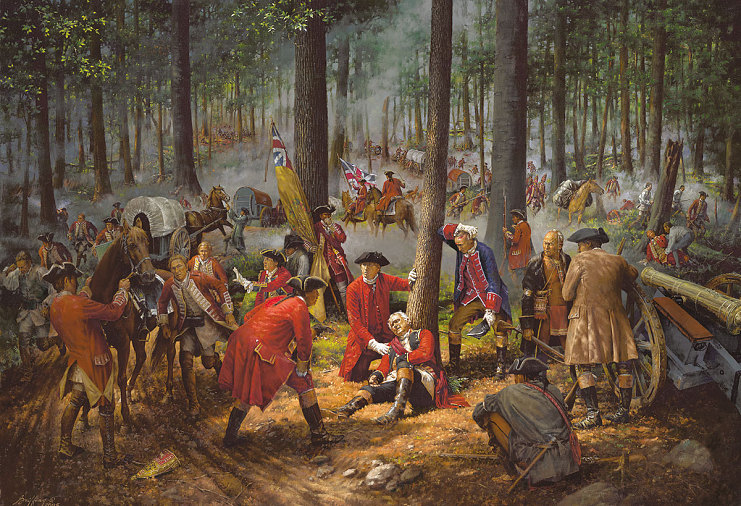 “The Wounding of General Braddock”

‹ The American Revolution up Colonial Economy ›