Yorktown: Triumph of the Alliance

"If we are [to be] saved, France and Spain must save us."

The Siege of Yorktown in Virginia in 1781 was the culminating battle of the Revolution in North America. It followed six years of seesaw combat for independence. It was a victory not just of Americans, but of allies. George Washington and the Comte de Rochambeau jointly led the siege operations. French soldiers at Yorktown outnumbered Americans. Spain and the Dutch Republic supported the colonists financially and logistically. After Yorktown, Britain, France, and Spain continued to fight each other around the world. Peace was not negotiated until 1783. 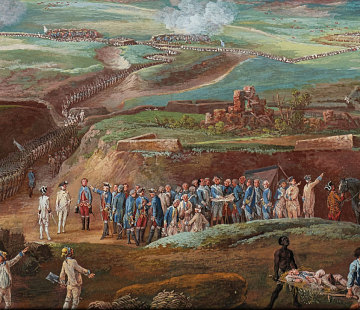 The Comte de Rochambeau (pointing) and George Washington (with map), generals at Yorktown

Detail from Siege of Yorktown by Louis-Nicolas van Blarenberghe, 1786

Charles Cornwallis, like the Comte de Rochambeau, was a talented and experienced general. How was he trapped and defeated at Yorktown?

He had been ordered to move to and stay at Yorktown by his superiors. He had been promised that he would be evacuated by sea. And as the French and American armies arrived, he overestimated his ability to hold out against them. 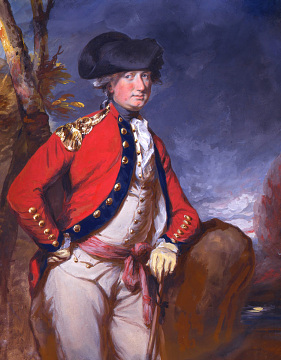 George Washington had longed throughout the war for a major battle like that at Yorktown. Although he first hoped to attack the British in New York with his allies, the Comte de Rochambeau convinced him that they had a better chance to defeat General Charles Cornwallis in Virginia. There for the first time, Washington’s meager American troops were augmented by French soldiers, cannon, siege mortars, ammunition, funding, and–most important–warships 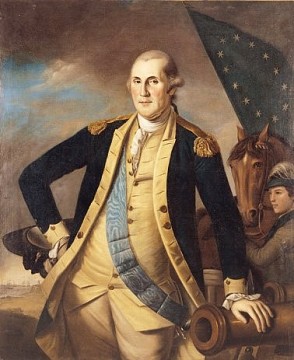 This iconic original portrait of George Washington at Yorktown by Charles Willson Peale shows him in a commanding pose following his greatest victory. A staunch admirer of Washington, Peale ultimately left the nation some 60 portraits of its founding father.
Loan from Nicholas Taubman

The Comte de Rochambeau’s relationship with George Washington was critical to victory. Older and far more experienced in siege warfare, Rochambeau coordinated planning of the combined sea and land operations at Yorktown with French Admiral François Joseph Paul de Grasse. Although Rochambeau spoke little English, and Washington little French, these two leaders collaborated effectively to win the most complex operation of the war. 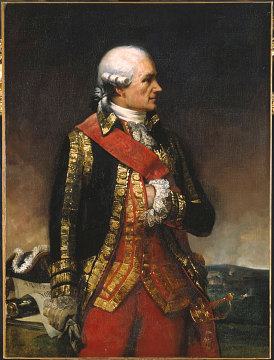 When the Allied march to Yorktown began, the Marquis de Lafayette was already in Virginia, harassing Cornwallis’s army as it campaigned through the state. The young Frenchman had become an effective leader of American troops. During the siege, he valiantly led a successful attack on a British outpost on the edge of the city, helping to advance the siege lines and ensure victory. 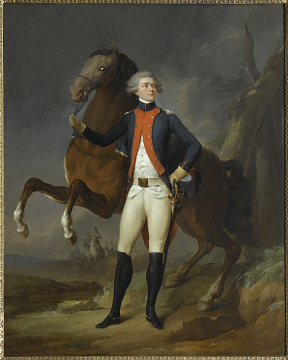 ‹ Battle of the Chesapeake up Bombarding Yorktown ›