African Americans were at Yorktown for varied reasons. Some fought on the American side, notably among an elite regiment from Rhode Island. Thousands of enslaved people fled to the British, who promised them freedom. Many died from artillery fire or disease. As supplies dwindled, others were pushed out to suffer an uncertain fate. After the American victory, enslaved people recaptured from the British were returned to their American owners, including two to Washington himself. 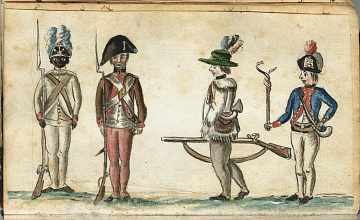 James Armistead, an enslaved Virginian, convinced his owner to let him volunteer with the Marquis de Lafayette in 1781. Posing as an enslaved runaway, Armistead infiltrated British forces under Charles Cornwallis himself. He then reported to Lafayette on Cornwallis’s plans and movements. After the war, Armistead remained enslaved, but with Lafayette’s assistance, gained his freedom in 1787. 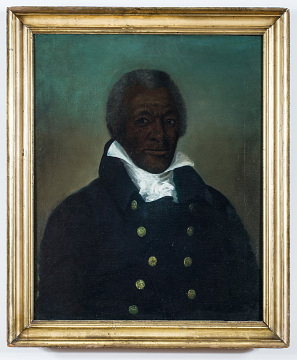 Courtesy of The Valentine

‹ Bombarding Yorktown up Siege and Surrender ›