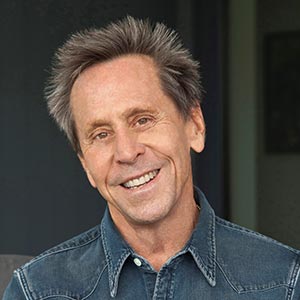 “I'm in the feelings business. I find that scripts are really a destinational map to ignite emotion.”

Brian Grazer, co-founder of Imagine Entertainment; excerpted from an interview with the National Museum of American History, December 6, 2018.

On growing up with dyslexia and finding his inner strength

I had acute dyslexia, where I couldn't read at all until I was in the fifth grade. I couldn't spell, and, as a consequence, all through my early years of elementary school, I became really embarrassed. I had this one person that championed me: my grandmother. My little grandma Sonia just thought I was the most special thing that there was. She thought I had all these characteristics that would make me go all the way. I would just think, I hope she's onto something, because there's literally no empirical evidence that I'm going anywhere except backwards.

I had many threshold moments that became the beginning of important insights that I could transport into narrative storytelling. In high school, I went out for football because all my buddies did. I got through Hell Week, and then I got cut in front of about 250 kids. So I went out for swimming because it came easy and I could get out of first period. I went to a pre-season city meet, and I did the 100-yard butterfly. As my hands hit the cement [wall], I saw Coach Wylie and Coach Ogawa with a stopwatch. First, I looked behind me, and I thought, Wow, is everybody out of the pool? And then Wylie said, “You just broke the city record.” Now, all of a sudden, I feel the sensation of winning, and it gave me not only confidence but the inner strength to exercise the things that were not thought to be virtues in Brian Grazer. Grandma Sonia was right.

I had a pretty insatiable appetite to learn and could apply it. [After law school,] I worked as a law clerk [at Warner Bros.], I was sentenced to this tiny cubicle office with no windows. I would just sit there and wait for someone to, say, bring papers for me to deliver.

So I started walking all the way down the hall to the executive suite of Warner Bros., comprising the offices of the chairman of the board, Ted Ashley; the vice chairman of the board, John Calley; and the president and chief operating officer, Frank Wells. I started to train myself to be at the top of the step when they would walk into their offices. One day, John Calley invited me into his office and told me I would learn the most by sitting on his couch watching him work. It was the most beautiful office I had ever seen. He had pictures of all of his sailboats and the beautiful stars that he had dated. He had a huge marlin on the wall. I thought, “This is amazing! Why go to law school?! That’s not what I want to do with my life. I want to tell stories for a living!”

A giant office opened up right outside the cadre of executive offices, and I asked if I could have it. I turned that office into the Brian Grazer business. I was on this ravenous educational journey where I read scripts and galleys to books. I started this system of meeting somebody new in the world of show business every day. And that's where I met Lew Wasserman, who handed me a pen and a pencil and a legal tablet and said, “You put the pencil to the paper, and it has greater value than it did as separate parts.” I realized that means I better start writing and stop bullshitting people.

“I try to construct an environment that feels like a live event.”

Why will anyone do the most inconvenient thing—get a babysitter, leave their house, find a parking lot that's too expensive, go into a theater, get pushed around, find a seat, put your sweater on the seat, so you can go get the popcorn and a drink? What's going to make someone do that? It's the most inconvenient point of purchase.

So I always create really spicy titles that could be mentally sticky and potentially visual, like Splash. I’ve been called a movie producer, television producer, novelist. I am those things, but I'm none of those things. I'm in the feelings business. I find that scripts are really a destinational map to ignite emotion. If it doesn't do that, it fails for me. It's why I don't do melodrama.

About core themes and milestone movies

A Beautiful Mind was about bullying. People can be inappropriately labeled and stigmatized. They are just trying to be human beings. Some have disabilities; some are black and white. Some, like me, are acutely dyslexic.

I made Apollo 13 to get people to feel the enormity of the space program and American patriotism all at once. The launch was spectacular because we had the most beautiful James Horner song, and we had Jim Cameron helping us with storyboarding. It was a sonic and cinematic experience. It got us to celebrate the brotherhood of men and women that dedicate themselves to sit on an engine and go into space and hope to come back alive. It was unifying.

“I believe that good movies have music.”

Eminem's in my office. He stonewalls me and won't talk. He is a serious guy because he grew up tough, a hard life. I somehow hit a nerve and he told his story. We built out his story into a cinematic experience that was 8 Mile. He wanted to compose all the music, write all the songs, and act, which is an overwhelming job. The story was a study in the journey from shame to self-empowerment, and music really helped propel it. I believe that good movies have music. They have anthems. Eminem is the first rapper to win an Oscar in the history of the Academy. 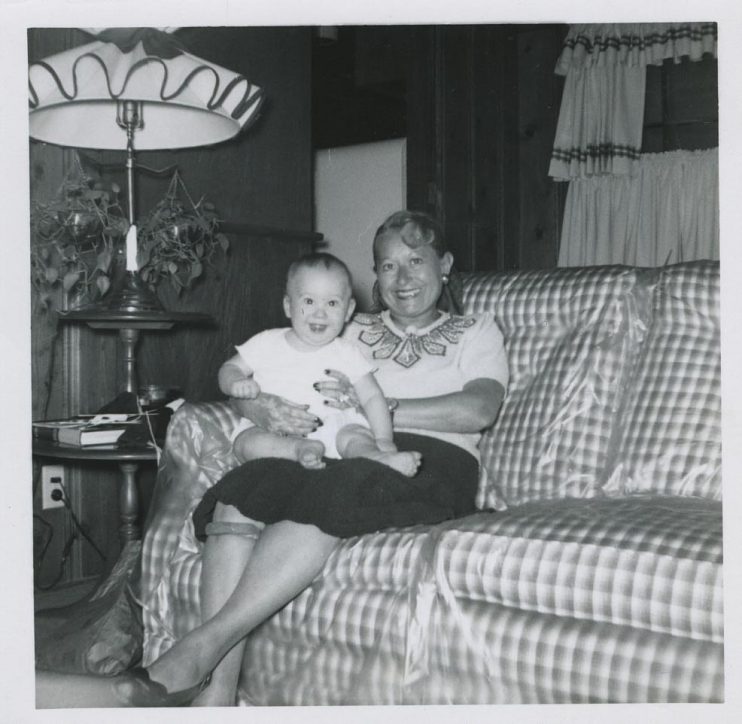 Brian Grazer and his grandmother, Sonia, in 1951 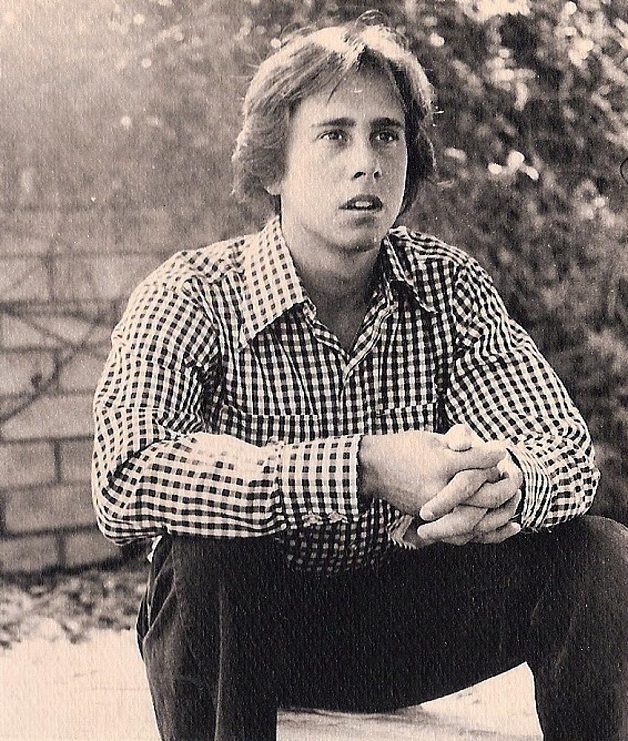 Brian Grazer in Los Angeles in 1971 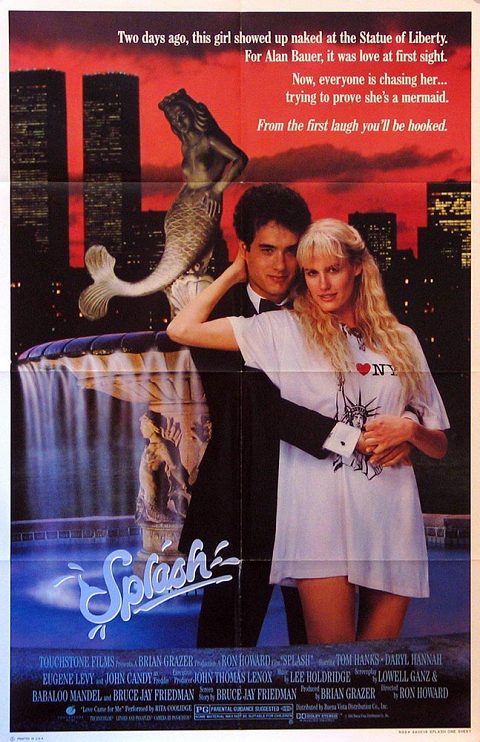 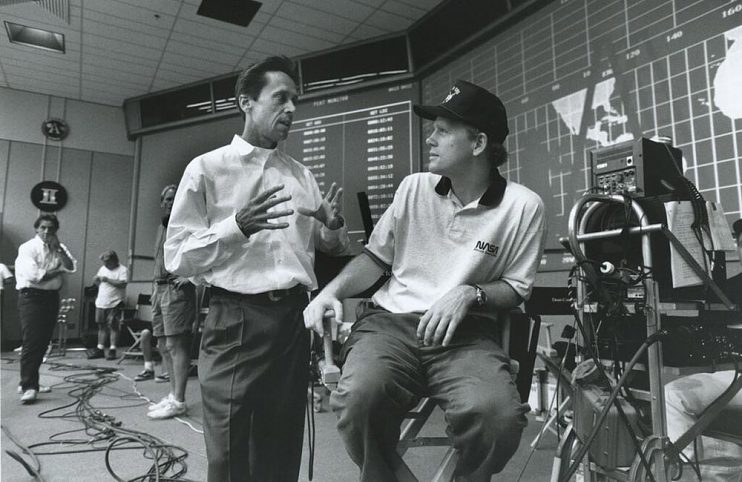 Brian Grazer and Ron Howard on the set of Apollo 13 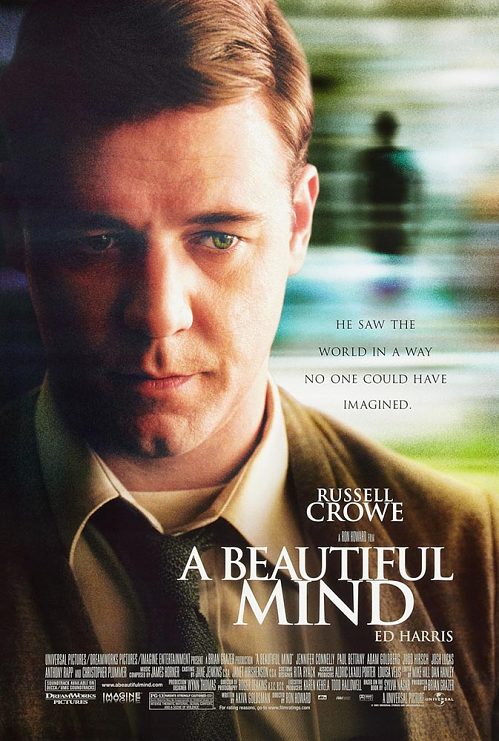 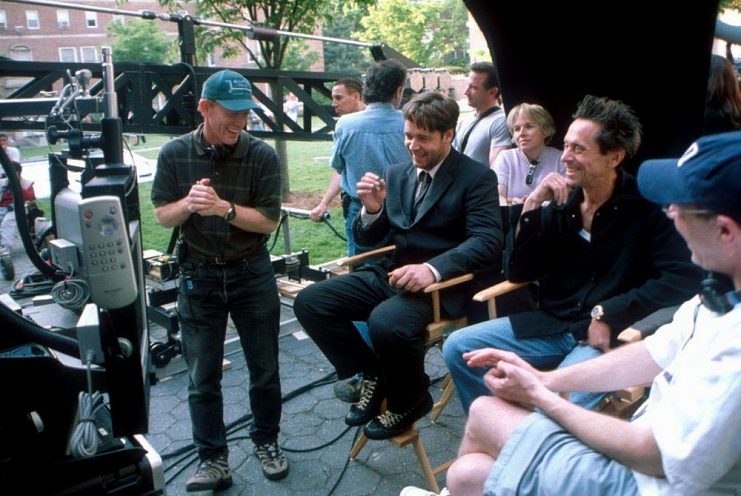 Ron Howard, Russell Crowe, and Brian Grazer on the set of A Beautiful Mind 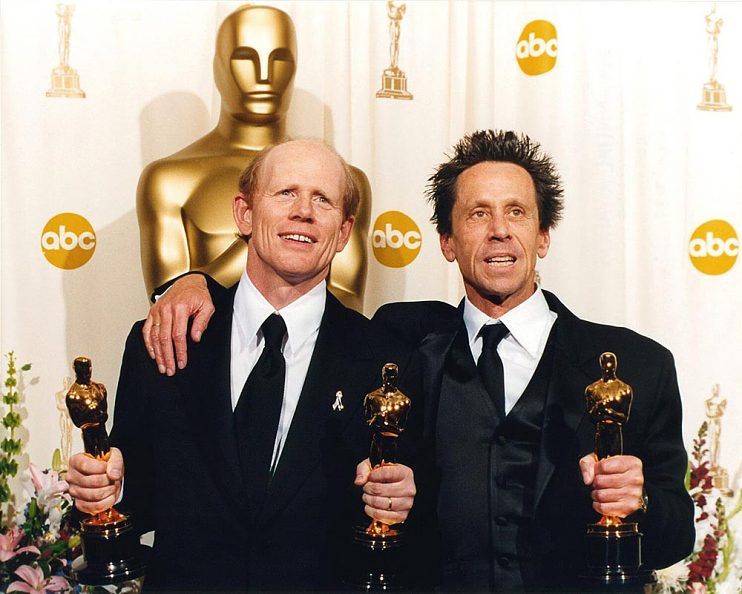 Ron Howard and Brian Grazer at the 2002 Oscars 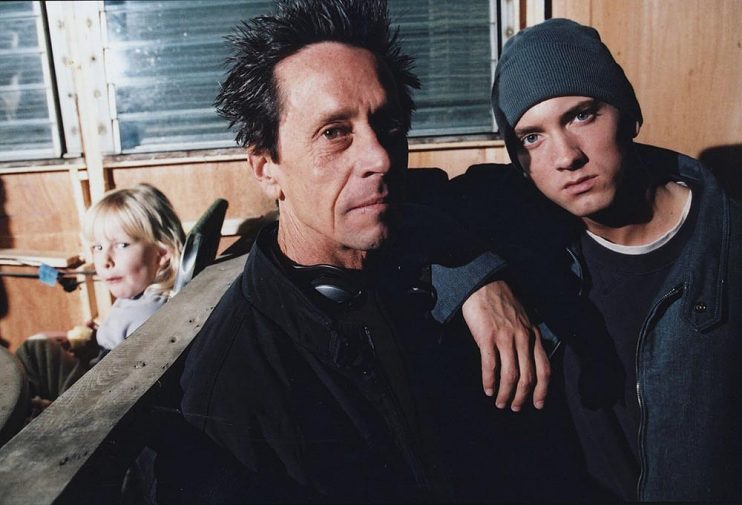 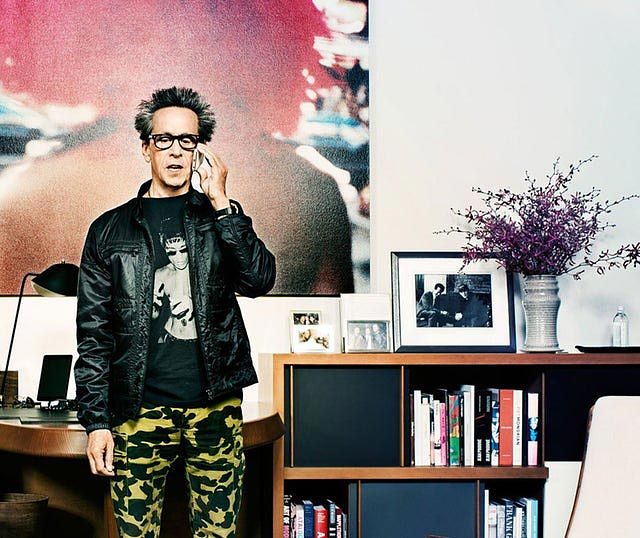 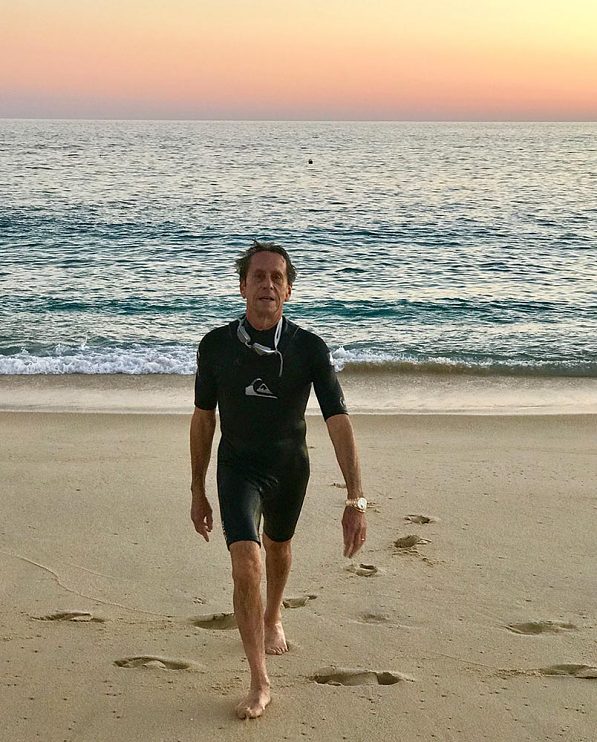 Brian Grazer and his grandmother, Sonia, in 1951

Brian Grazer in Los Angeles in 1971

Brian Grazer and Ron Howard on the set of Apollo 13

Ron Howard, Russell Crowe, and Brian Grazer on the set of A Beautiful Mind

Ron Howard and Brian Grazer at the 2002 Oscars

On The Endless Summer poster and Pelé's uniform

Life can be an endless summer, if you work towards that. This movie was about family and clean fun. I'm a big surfer, and this image ignites my memories about being in that flow state where you're not thinking about anything but that ride. So beautiful.

I made a Pelé movie. He is so far beyond a soccer player. Pelé is a savant, and he is doing things that are physically impossible. I just thought, Wow, that's amazing. I want to do a movie about a genius. And that's genius.