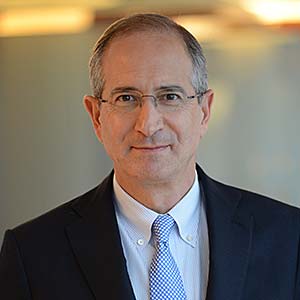 “I never had a bad idea in the eyes of my father. He would say, ‘That’s a really interesting idea, but have you thought about doing it this way?’ rather than, ‘That’s wrong; do the opposite.’ He would first build you up and then steer the ship where it needed to go. That’s great leadership.”

Brian L. Roberts, chairman and CEO of Comcast Corporation; excerpted from an interview with the National Museum of American History, April 24, 2017.

On growing up as the son of a Philadelphia entrepreneur

I grew up in suburban Philadelphia as one of five children. Growing up I was a bit of a geek. I played around with personal computers, I liked math. I just missed the computer revolution, but I had a Commodore 64. I was interested in sports and had a picture of Roberto Clemente on my bedroom wall. My parents were married 72 years, until my dad passed away at 95. It was really a very idyllic upbringing. My father was an entrepreneur. He was born in New York and moved to Philadelphia during his youth. His mother and father both passed away when he was a child. He lived through the Depression and saw a lot of tough times in his life, and yet he was the most optimistic man I’ve ever met. He believed that America was a great country, that business was the engine of America, and that entrepreneurs were the engine of business. When he got out of the Navy, he started making golf putters. One day he went up to Bob Hope and said, “Mr. Hope, I’m a young Navy veteran, and I would love for you to pose with me and my golf putter and help a young guy get started in business.” And Bob Hope said, “Sure, sonny,” and he did. There’s a great photo of Bob Hope with the putter. A couple of years later, Ralph decided it was time to try something new and he was on to his next business. He was very creative, and all his optimism and passion for business made me want to go work with him, and that’s what I was lucky enough to do.

On the founding of Comcast

My dad started out in the advertising business. He worked for Senator William Benton’s campaign, and then he worked in men’s colognes and belts. He loved the idea that you could create a brand with packaging and marketing. He loved the creative process. When Comcast was founded it was an antenna service called CATV, Community Antenna Television. Someone in Philadelphia said to my dad, “There’s a business for sale in Tupelo, Mississippi, called CATV. Tupelo can’t receive the television signal from Memphis, so you put a big antenna on top of a hill and run a community antenna. For a few dollars a month, people are able to plug in and watch CBS or NBC.” My dad’s first question was, “Where’s Tupelo?” and they said, “It is the birthplace of Elvis Presley.” That’s how Comcast was built. My father’s genius was knowing that this business had potential.

He founded the company in 1963, at 43 years old, and decided to name it Comcast, which was a contraction of the words “communication” and “broadcasting.” He could have named it after himself, but he didn’t, because he was thinking about the major communication and broadcasting company that it could someday become. Almost 50 years later to the day, we bought NBCUniversal. He was really a visionary, and he did it from a financial, long-term planning, management, Wharton School of Business perspective – where he had attended.

On being a community-focused business

Even though my father never moved to Tupelo or Meridian or any other town in Mississippi, he understood the importance of having a local manager who felt the responsibility of running the business like it was his own. That structure encouraged localism and being involved in the community – which is something we still do to this day. Last Saturday we had Comcast Cares Day, which is the largest single-day corporate volunteer event in America, and we had more than 105,000 volunteers in 22 countries, working on 1,000 projects, all volunteering on a Saturday with their families. That was born from the idea of giving back to the community where you work and live. This company is community-based, and we take care of folks in our local communities. That’s been a priority of the company since its founding.

On the historic day that Comcast went public

I was four years old when Comcast was founded in 1963. Nine years later, in 1972, Comcast went public. In those days, if you were going public, you literally printed the prospectus to sell to investors. The lawyers and investment bankers would sit around the night before the IPO and make sure it was perfect. My dad brought me to work the night before we went public, and I got to sit in on the all-night meetings when they were working on the prospectus. That night taught me so much and gave me confidence. It was also a great lesson in how to mentor and manage people, and to respect people no matter how young they are. Here I am, 13 years old, sitting in a room full of lawyers and bankers, and it’s a very pressure-filled environment. When the latest draft came off the printer and everyone went into their corners to read it, I noticed a slight discrepancy on one of the pages. So I raised my hand and pointed it out and they said, “Good idea. Let’s change it.” Forty years later I still remember that with a smile because that was how I was treated at 13 years old. Most people would say, “Don’t you dare speak up. This is the most important night.” And not only did I speak up, but they actually did what I suggested.

“You have to invest in technology and be forward-looking.… You have to have an open mind and ask the smart people around you, ‘What are some of the ways we can work together for the future?’”

John Malone, who ran the largest cable company, TCI, asked me if I’d like to join a new venture he was creating called CableLabs. He asked me to be the vice chairman. I was probably 30 years old at the time and had recently been made president of Comcast. Several of us sat down and said, “What is the perfect architecture for the next 20 years?” We concluded that we needed more channels, and we needed to not just broadcast but to be interactive. So our engineers designed what is today your typical system, which has fiber-optics in your neighborhood and coaxial cable into your house, and later Wi-Fi throughout that house. That architecture was the big if-you-build-it-they-will-come kind of moment. We have an important advantage having invested hundreds of billions of dollars in that hybrid-fiber-coax market. We were now the newest wire in your house and the question became how to maximize our capabilities.

CableLabs went to the Japanese Consumer Electronics Show one year and looked at the very first high-definition television. They were $50,000 each, so we kind of laughed, but we also said, “One day there will be a market. How can we get our network ready?” So we went to Seattle to meet with Bill Gates. He described a need for Windows to be in the home and not just in the office. If you had a personal computer in your home, you’re going to want a really fast pipe, and the hybrid-fiber-coax network we had built could be a game changer. Thirty days after that meeting, Microsoft invested a billion dollars in Comcast, which was the largest investment they’d ever made at that time. This investment would ultimately yield a new business called “broadband.” Twenty years later, we now have more high-speed data customers than cable TV customers. Over the years, we visited Steve Jobs, and one day he said to me, “Why aren’t you putting Wi-Fi in all your cable boxes? Because that’s going to really be the next big thing.” I came home and asked our engineers, “Tell me again, what is Wi-Fi?” Today we have the largest Wi-Fi network in America.

We’ve been very lucky to get to go out and collaborate. You have to invest in technology and be forward-looking. If you’re lucky enough to have the resources, you have to have an open mind and ask the smart people around you, “What are some of the ways we can work together for the future?” That’s how we’ve navigated this incredible journey from three TV channels to creating a voice-controlled remote that you can use today to search and discover millions of choices through your television. 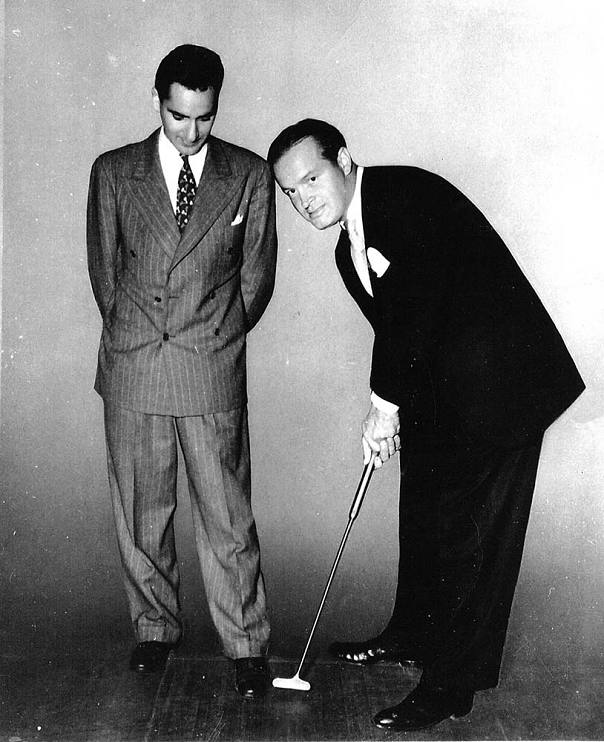 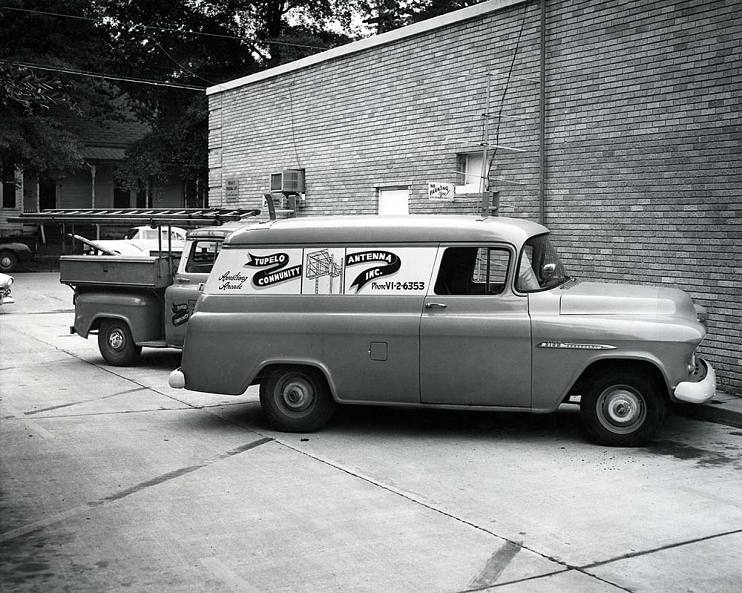 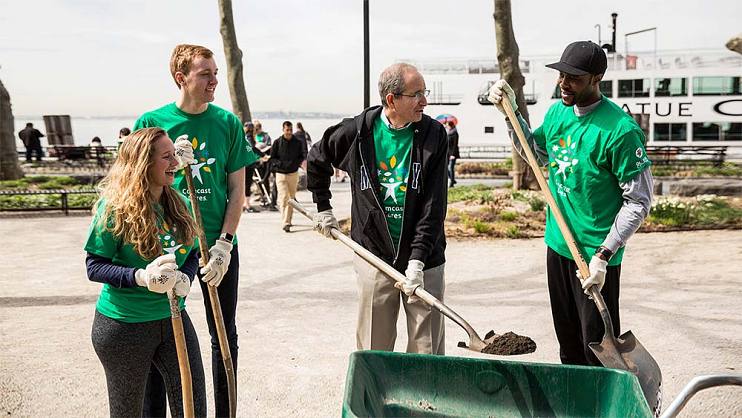 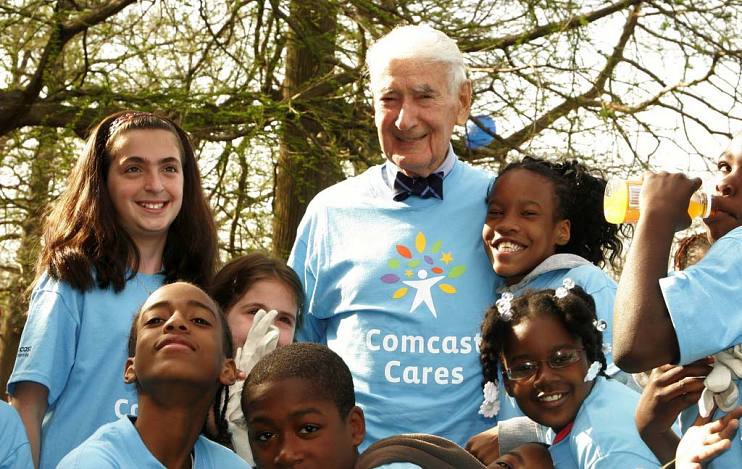 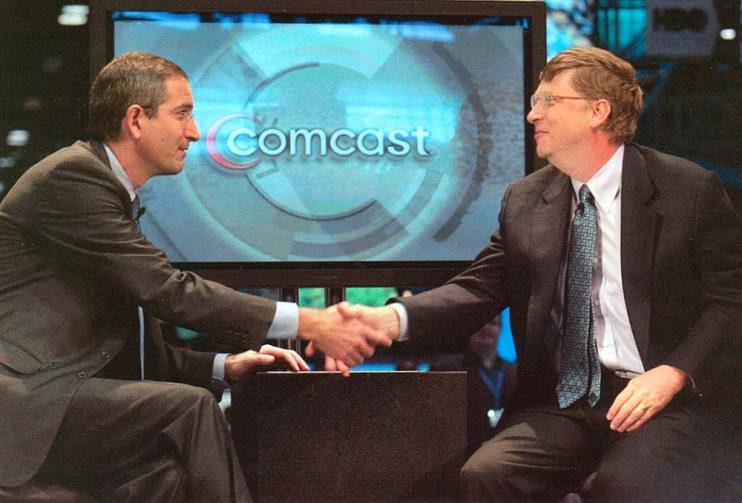 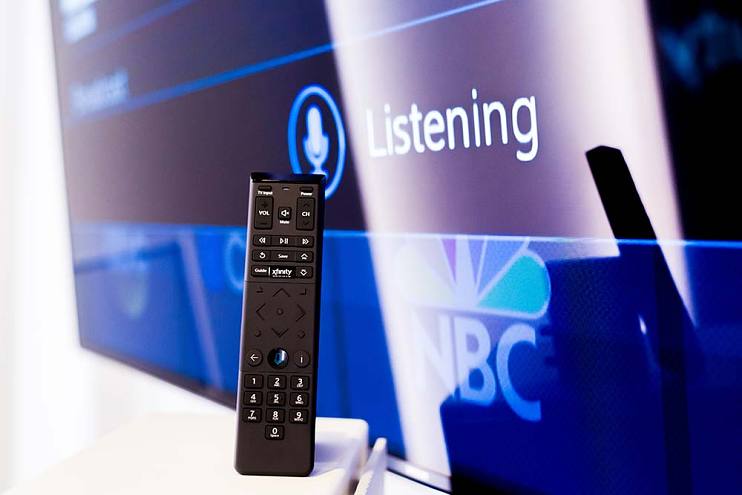 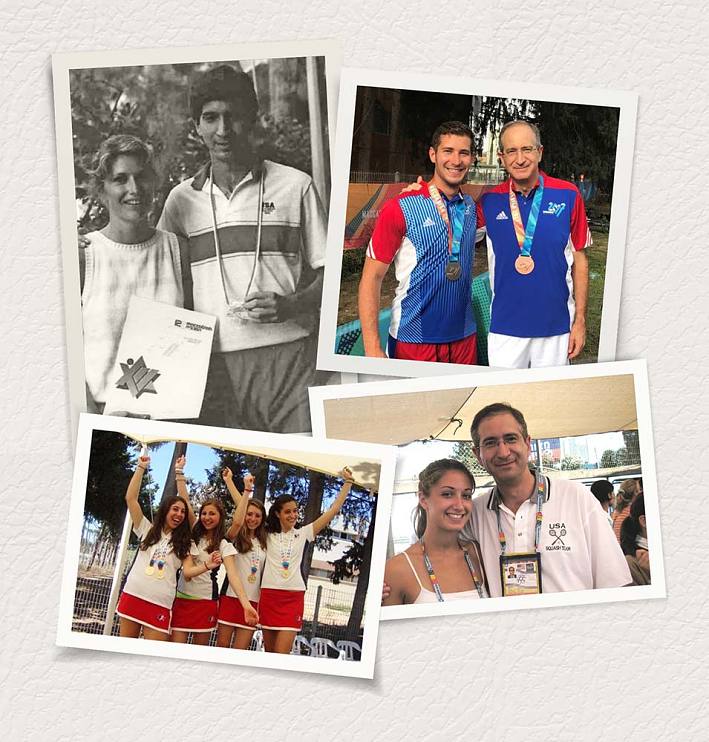 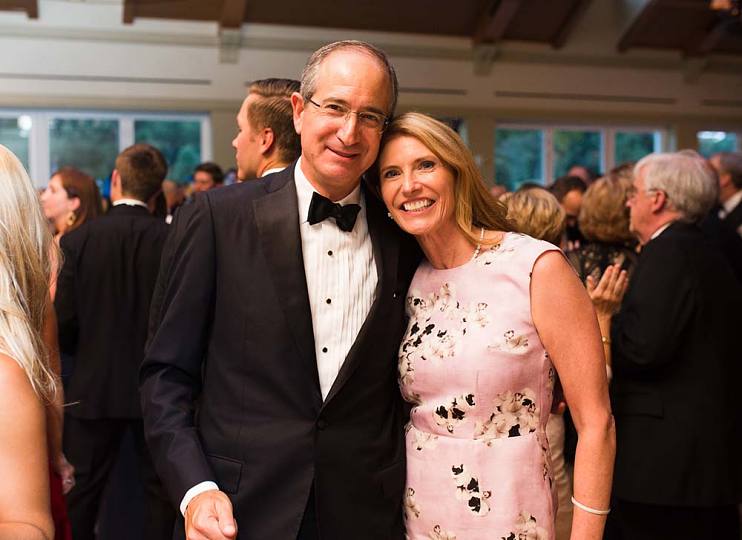 The fabulous Rocky Italian Stallion robe with that great Shamrock Meats sponsorship is a Philadelphia icon in and of itself. I had a chance to meet Sylvester Stallone recently, and it was exciting as someone from this city. That big fight took place in the Spectrum, and today we’re lucky enough to own its successor arena in Philadelphia. What a moment Rocky was for the underdog and the City of Brotherly Love. We can sometimes be overshadowed by New York and Washington. Philadelphia is a wonderful city, and Rocky running up the art museum steps is pretty special. In just a few days, the NFL is going to hold the 2017 draft on those same steps, which will be another incredible moment for sports in this city.

The Olympics are really special to me. One of the most memorable moments after our acquisition of NBCUniversal happened right off the bat, about 90 days into our ownership, when the International Olympic Committee decided to re-auction off the future Olympic broadcast rights for America. NBC had been broadcasting the games for 20 years, and if we lost those rights it would have been a huge disappointment as the new owners. When we won the bid I was practically in tears with relief and excitement and nervousness. It was one of the best decisions we’ve ever made. My wife, Aileen, and I have been going to the Olympics since 1987 and we took our kids to the Olympics in Beijing in 2008 — long before we owned NBCUniversal. To be the steward of bringing the greatest broadcast that is the Olympics to our country for many years to come is incredible and something that makes us all extremely proud.

My own experiences with sports have taken me around the world and have been some of the highlights of my life. My parents watched me compete in squash, and I’ve been able to compete with my own kids. I proposed marriage on a squash trip when I was competing internationally in Israel. It doesn’t matter which sport, it’s just being on a team and trying to be as good as you can be. There are some real highs and lows and tears and joy. It’s a mini version of life. At the Olympic level, it’s about the pride of representing your country. By charter, for the 17 days of the Olympic Games the rest of the world is at peace and wars hopefully cease. Whether that really happens or not, that’s the concept and it’s in the charter. Participating countries put down their arms and compete as a world — and celebrate as a world. To experience that every two years, and to meet the folks who create and maintain and grow that, is one of the most enjoyable parts of my job.