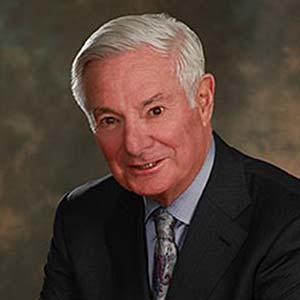 “Entertainment is a major part of the enjoyment of life. It doesn’t have to be a particular kind of entertainment. It can be serious. It can be funny. … But it takes you out of where you are and takes you somewhere else for some period of time.”

Bruce Ramer, attorney and partner at Gang, Tyre, Ramer & Brown; excerpted from an interview with the National Museum of American History, December 14, 2016.

“But Jersey was my home”

New Jersey is a very wonderful place to grow up. There’s a kind of fraternity or feeling that you come from New Jersey. Most of my early life was in Hackensack. I went to the public schools of Hackensack. I went to college in New Jersey. I went to law school in Massachusetts, but Jersey’s my home. I was stationed in Georgia, but I took basic training in Fort Dix. So there’s a connection to New Jersey. One of the great things about Hackensack was it was really the melting pot of America. You got to know people who, in some cases, came from entirely different backgrounds, and that’s one of the strengths of America. I feel stronger and better for having grown up in a place that was welcoming to all types of people.

I had a wonderful family — my mother, my father, my older brother. The door was never locked. A few people say that today and some mean it; we meant it. Our front door was never locked. No front door on our street was ever, ever locked. The street was full of kids of all types, sizes, ages. We all played together. We played stickball, hide-and-seek, all the stuff kids do. Television was a fairly newfangled thing. We didn’t watch a lot of television, there was radio; we took piano lessons. We invented. Now there’s a new device, there’s a new machine, there’s a new game to play. We had to invent the stuff. We played with milk bottles and turned them into toys, and I just think that was a better time. I’m sure the kids today would look at us and say, “Oh boy!”

“I’m in third grade, and it is my plan to come to Harvard Law School”

I have the feeling that my mother, at night when I was asleep, would come in and whisper in my ear, “You should be a lawyer.” Nobody was a lawyer in my family and yet in the third grade I wrote a letter to Harvard Law School and it read something like this: “Dear Sir, I’m Bruce Ramer. I’m eight years old. I’m in third grade, and it is my plan to come to Harvard Law School. Could you tell me what to do to get in?” The answer to that letter always amazed me. I got back a form letter saying, “Dear Mr. Ramer, you will find enclosed our catalog.” The catalog was about two inches thick. The honest part is I actually ended up going there, but I don’t think it had anything to do with that letter.

“Entertainment is a major part of the enjoyment of life”

Entertainment is a major part of the enjoyment of life. It doesn’t have to be a particular kind of entertainment. It can be serious. It can be funny. It can be educational. It can be utterly uneducational. It can be dumb. It can be smart. But it takes you out of where you are and takes you somewhere else for some period of time. And I think that’s crucial in life. I mean, I love what I do, but I certainly don’t do it 24/7. Otherwise I would never read a book, I would never leave to go home and watch a good television show or go to a movie or go to the museum or go to a good concert. And I also think that what we’ve come to call popular culture has a particular importance. Not just because it’s popular but also because it can contain subtly, sometimes not so subtly, civics lessons. What’s my government like? For example, go see Steven Spielberg’s film on Lincoln. You see the government in the 1860s in a brilliant display of political power, political know-how, almost some chicanery to get a desired and proper result. It’s an extraordinary piece of film, but that’s the kind of thing I’m talking about that entrances you. You derive a great deal of enjoyment from it because it’s so powerful and well done and you learn.

“The major purpose of public broadcasting is to inform, to educate, and to be engaging”

Public broadcasting isn’t designed to make money. Of course, if you’re running PBS, for example, you want people to watch, so it has to be good. But public broadcasting has a different purpose. The major purpose of public broadcasting is to inform, to educate, and to be engaging at the same time. The journalistic standards of public broadcasting are — in my opinion, and I’m very prejudiced — far better than they are in commercial broadcasting and commercial media. And part of it is because it is not driven by commercialism, and part of it is that the law that created and enabled public broadcasting and provides a small slice of the necessary funds says that it must be objective and balanced. Nobody else is required by law to be objective and balanced. There are some people who would not have any kind of broadcast available without it. Back in the early days of the republic, there was the Pony Express, and if you wanted to send a letter, it would cost a penny or a nickel or whatever. Unless it was a newspaper, and then it was much less expensive. Why? Because the founders, the people who actually built this place, knew that they had to get information and news to the public for democracy to work. There was no radio. There was no television. There was the newspaper and a horse. So I mean, I’m rather taken with this stuff, as you can tell.

My proudest achievement is, I think over the years here, principally here in L.A. I have my family, my firm, and my friends. I’ve achieved a good reputation — good reputation for values, honor, practicing quality law with quality partners in a quality firm, and delivering good legal services to the clients, treating each client and the people with whom we deal on both sides, of whatever side, with respect and dignity.

On Pelé’s Uniform and Kermit the Frog

Pelé and his uniform meant a great deal to the growth of soccer in the United States. In the rest of the world soccer is the sport. Yes, there are other sports and certainly there are here. But I believe that in 25 years, soccer will probably be the top sport in the United States; I could be wrong but it’s going in that direction. More teams, more quality, more people going to the games, and I think it’s a great sport to watch and it’s a great sport to play. People who play soccer have an attitude towards sports, which is not always as you get in other sports. Soccer has a certain style on the field — it’s hard to explain. I don’t know where it comes from. It’s one of the oldest sports ever, and other types of sports came out of it.

Public broadcasting’s biggest strengths are in journalism, in education, and in information. For example, we have a program that CPB [Corporation for Public Broadcasting] came up, called American Graduate, which is working across the country getting and keeping people in school, in fighting the dropout problem. If you look at those dropouts’ statistics, you will see numbers that will make your stomach turn. But it’s getting better. A lot of stations, television and radio in many cities, including Los Angeles, have taken it seriously and it’s had an impact. So Kermit is one of those characters in a way. How many kids have learned some of their English from Sesame Street — maybe their grammar — and been educated and entertained and kept off the streets at the same time?