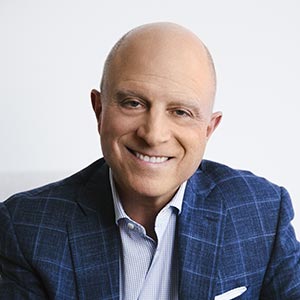 “Comedy is a great space to learn about creating entertainment for a live audience.”

Chris Albrecht, former chief executive officer and president of Starz; excerpted from an interview with the National Museum of American History, February 14, 2019.

On growing up in Queens

I was born in Brooklyn and raised in Queens by a single mom. My mom was super smart and very attentive to me. She introduced me to a lot of thinking that helped me later in life. We lived with her parents and her grandmother in a house that her grandmother had bought. I slept in a room with my mom until she remarried when I was six, and then we moved about a mile and a half away. My great-grandmother worked at the Turkish baths. She was a tough old lady. She was not nice to anybody except me. She had aspirations for me, and I liked to torture her by telling her I was going to grow up to be a garbage man. I’d say, “Well, it's great work. They work outside. They get all holidays off. How bad can it be?”

My family were mostly Sicilians and a couple of Jewish people who married Sicilians. Every holiday we were all together. We enjoyed eating, laughed a lot, told jokes—often the same joke, but it was funny every time you heard it. We were a European old-world culture mixed with American get-up-and-go. We were a close family.

“Wait a minute. He gets paid to act?”

Hofstra [University] had a replica of the Globe Theatre stage, and their Shakespeare Festival every year was a huge deal. So I went on the light crew for the festival. I remember I was up in the beams looking down on stage at the guy playing Hamlet, Peter Friedman, who later became a successful actor. I learned he was a grant student, and I said, “Wait a minute. He gets paid to act?” I said, “I can act. Why not?” That was my sophomore year. I worked my way into the drama department and ended up getting a grant.

The next two years, I had a couple of amazing professors who made plays on paper come to life. We read every great play, starting with the Greeks through the great American playwrights. I realized there are basically 10 or 12 stories and everybody writes a version of them. But there is something about those 10 or 12 stories that is so resonant to everybody.

“We went to the Improv and, insanely, we got accepted. I don't even know how or why.”

My roommate, Bob Zmuda, and I put together a comedy act. We wanted to be actors, and at that time people were starting to get TV shows out of comedy clubs: Gabe Kaplan, [Jimmie] “J.J.” Walker, Freddie Prinze. So we put together an act in our living room—props, scenes, movie parodies, just horrible stuff. We went to the Improv and, insanely, we got accepted. I don't even know how or why. We also started to go to the Catch a Rising Star club across town to perform, and then we did a couple of gigs outside of New York. Zmuda later became the founder of Comic Relief.

I went from being a comic who got on late at night while bartending to make money, to managing the Improv when the owner, Budd Friedman, and his wife went to Europe. When Budd and his wife returned, he decided he wanted to open a club in LA and offered me the opportunity to become a partner in the club in New York. I borrowed money from my grandmother and made an investment in the New York club. That was 1975. In January 1980, I moved out to LA to become an agent at ICM. I represented a lot of comics: Billy [Crystal], Whoopi [Goldberg], Paul Rodriguez, Keenen Wayans, Sandra Bernhard, Dana Carvey, Jim Carrey …

On getting a start in comedy

I moved from ICM to HBO in 1985. We did the first Comic Relief in 1986. Whoopi was nominated for an Academy Award for The Color Purple. There was a ton of press directed at Whoopi, which we utilized for her to talk about Comic Relief. We did it at the Universal Amphitheatre, live television, we had no idea what we were doing. We thought it was going to be a two-hour show, and it ended up being over a four-hour show. We had the phone lines set up to benefit Health Care for the Homeless. We ended up doing six Comic Reliefs, and it was the first thing I was able to put my stamp on. It got me a lot of credibility within HBO.

Comedy is a great space to learn about creating entertainment for a live audience. There is immediate response. You're not shooting something in isolation and editing it. A stand-up comedian is an actor, a writer, a director. There were comedians who changed what people talk about, like Lenny Bruce. There were the political comics. Then there were people like [Richard] Pryor who came out of the Improv, and his show was very performance-based, incredibly funny, but not jokes per se.

On developing shows for HBO

My career at HBO was 22 years. Before HBO was really investing in making shows for ourselves, I was selling shows to other networks: Martin and Roc to Fox, Everybody Loves Raymond to CBS. I always saw HBO as a platform that was unique because it was a subscription, and it didn't have commercials or ratings, and it had great movies. Well, why not put a TV show in between a couple of great movies? But we also realized that we needed to make things that would feel like they belonged in the same programming sphere as the theatricals. Network television had no point of view, but the stuff we did on HBO sort of insisted on a point of view. Oz was a hugely important show; [The] Sopranos became the one that people called the pop cultural event of the past quarter century.

The question I learned to ask people when they would come in to pitch a show was, "What would you say your show is about?" And if the answer to the question was “It's about two guys who live together, and they're roommates and this and that.” No, that's where it takes place. That may be who is in it. That's not what it is about. What is it about?

So when Alan [Ball] came to me to pitch Six Feet Under, he said, “It's about a group of people who have to come to terms with their feelings about death in order to get on with their own lives.” I thought, well if that isn't every person in the world, right? So to me that's one of the things that made Six Feet Under really special.

On the advancement of technology

As technology advanced, we were able to develop Multiplex and On Demand. First there was the C-band satellite, which you needed an extra backyard to install, then the K-band satellite was invented, and you could just basically hang one outside your window. Then digital continued to enhance the value of your subscription. Now you were going to be able to get a signal to anybody in America.

For a long time, technology was our friend, and we helped the cable and satellite operators utilize and monetize that technology. Then, of course, technology created more competition. I think in the click-in-click-out world of SVODs [Subscription Video on Demand], one show doesn't change everything like it could have at one point.

On putting together a team and running Starz

I started [at Starz] as a CEO in 2010. In addition to the premium channels, there was a movie company that was losing money with a hodge-podge of other entertainment assets. We were two tracking stocks of Liberty Media, and after a year or so, I realized they were the wrong owners. We needed to align with a big media company. Liberty spun us out into an independent public company. During my seventh year of running Starz we got bought by and became part of Lionsgate. A big part of the Starz journey was trying to find our place with content. We evolved into a company with programming for underserved audiences. We were able to take a chance on voices that other people weren't really paying attention to.

There was a moment last year when I was sitting in a meeting with my senior team. I looked around and realized there are more women on my senior team than men. We are doing great things because of the contributions coming from this diverse team. I think women have a collective energy that is becoming a force in a lot of ways.

I’ve learned a lot. I still feel like I have another chapter or two. I like putting together a team. I just need to stay as close to as many talented people as possible, and if I can do that, I'll probably find the next thing that is both satisfying and rewarding. 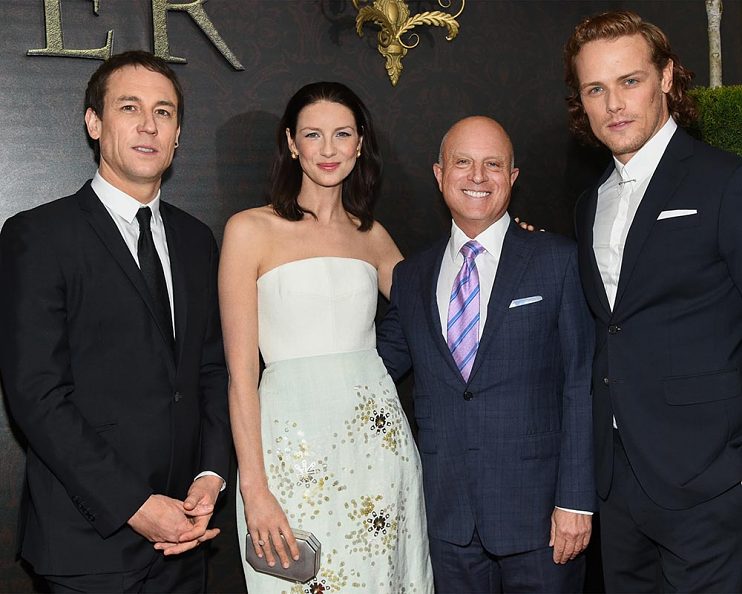 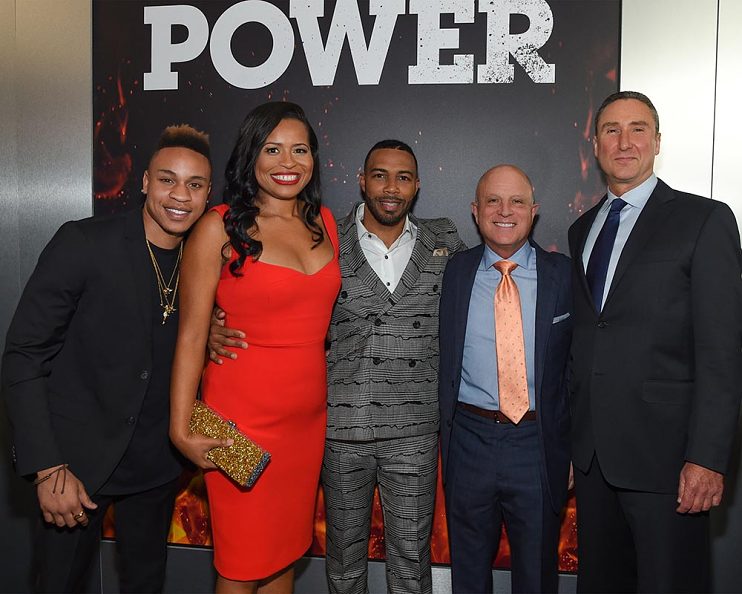 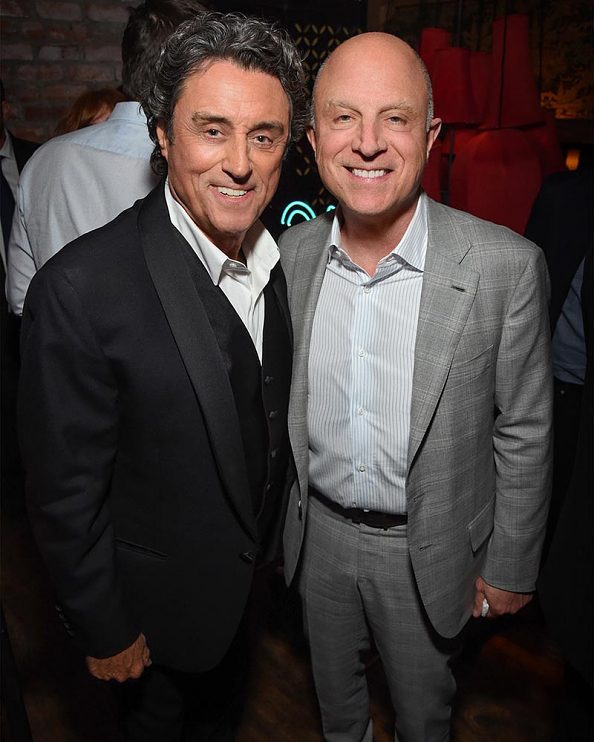 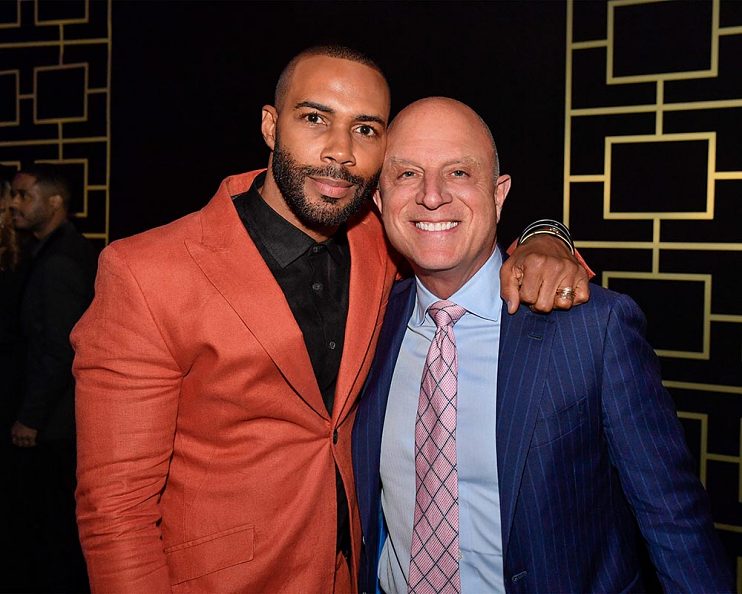 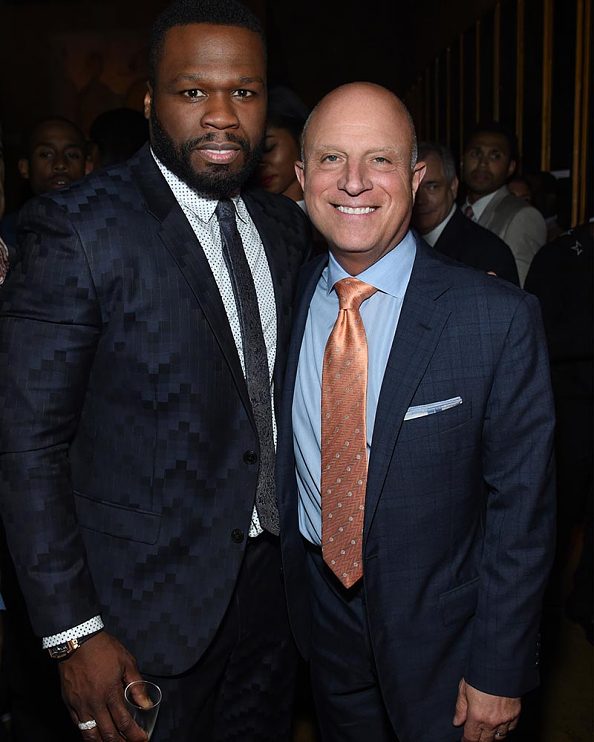