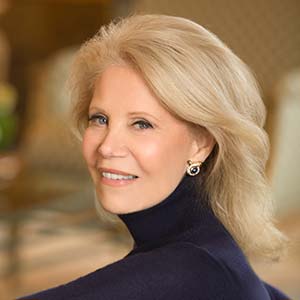 “Theater gives us a place to safely examine things that might be frightening to us, or alien to us, or just a different point of view. It gives us the opportunity to engage in a dialogue with the subject and feel more open-minded, or more educated, or just safer.”

Daryl Roth holds the singular distinction of producing seven Pulitzer Prize-winning plays including Margaret Edson’s Wit; Paula Vogel’s How I Learned to Drive; Edward Albee’s Three Tall Women; and Tracy Letts’ August: Osage County. Other highlights of her career include producing the Tony and Olivier Award-winning musical Kinky Boots. This narrative is excerpted from an interview with the National Museum of American History, May 22, 2017.

On first being exposed to the theater

I grew up in New Jersey with a very loving family. Happily, they adored theater, so as a young person my sister and I were exposed to theater, primarily musicals. My home in New Jersey was not very far from New York City, so we were able to travel in often. When I was 16 and old enough to come by myself on the bus, that would be my Saturday afternoons and I was so happy. It was just the best thing I could imagine, to come to a Saturday matinee in New York. I particularly liked going by myself. Even today, I love to go to the theater by myself. I love being able to absorb what is happening on the stage very personally and very privately, even though you’re surrounded by a full theater of people.

On becoming a theater producer

I went to Syracuse University for three years and finished my education at NYU. I majored in art history. In those days theater was only something that I would enjoy as an audience member. I never envisioned my life in the theater at all. I didn’t want to be an actor. I didn’t have the talent to be a writer. I didn’t realize there were opportunities in theater to be a producer. I mean, who knew what that was? Later on, and I was probably delusional at the time, but I had a lot of things that I cared a great deal about, and I thought, through theater, maybe I could get those ideas and those beliefs out into the world. Without having any training in producing but loving theater, I had this little voice inside that said, “I really want to do this, and I have to figure it out.”

The beginning for me was offering my services to nonprofit theaters, which was my learning ground. A turning point for me was being invited on the board of [New York] City Center. I met Richard Maltby Jr., who’s a wonderful lyricist. He invited me to come hear some songs that he and his partner, David Shire, had written. And something happened for me that was revelatory. Some of the songs were really talking to me. They were about everything I was going through and I thought, This could be a musical. At the end of the evening, I said, “I’d like to produce this. I have no training, no background in this, but I love these songs. They’re speaking to me, and they’ll speak to others. And rest assured, I am the most tenacious person you’ll ever meet.” And they said, “Why don’t we talk tomorrow?” The next day they called and said, “We’d love to develop this and we love you, so let’s try.” We named it Closer Than Ever. It ran for nine months and was the birth of my career.

“A producer is a facilitator of other people’s dreams”

I like to say the producer is the first person to believe in something and the last person to give up. That’s the general. A producer is a facilitator of other people’s dreams. A producer is the mother that puts it all together and keeps it all together. If you’re birthing a project, the first thing is to find that project, and that comes in many ways. For me it could be reading a play or going to a reading or seeing a movie that I just felt would want to be a musical more than anything else. Then you put the creative team together. The producer is there for every other aspect of it. The most important thing, once it’s mounted, is keeping it going and caring for the advertising and marketing and making sure that everyone in the cast and company is happy and feels well taken care of and respected. These creative people are very interesting, and they need a lot of mothering, which is why I always say that women make very good producers. That nurturing aspect of producing is just basic. Not that there aren’t fabulous male producers. It’s not really gender-related, but in some ways it is.

On the social impact of the theater

In the process of producing Wit, I found that people who were afraid to even say the word “cancer” would come to this play. People started talking about it in ways that it had never been discussed. At the end of each performance, people wanted to sit in the theater and digest what they were hearing, but they also wanted to talk to people. So that year we initiated Tuesday Talkbacks, the first commercial production to do talkbacks on a regular basis. Caregivers and nurses and doctors would come, and they would all talk about their experiences after the play. A doctor asked if we could bring some of the actors to his medical school class to perform, so the students could see the empathy that this particular nurse in the play felt for the patient. Now they teach kindness in ethics classes through scenes in the play.

The revival of The Normal Heart was based on my belief that many of the younger gay people did not know on whose shoulders they stood. They did not know what was going on during the beginning of the AIDS crisis. They didn’t understand who the activists were or what it is to be an activist and make something happen. We got more young people to come to the show, and those young people then went out and started volunteering for different organizations like God’s Love We Deliver or amfAR. One of the most memorable nights was when the New York state Marriage Equality [Act] was passed. Our stage manager raced out onstage and announced it to the cast and the audience. I never saw anything like it. There was joy and there was happiness, there was crying and screaming. In the last scene of The Normal Heart, they’re getting married while he’s in the hospital, and that wasn’t legal at the time the play was written. So it had such magnitude and such force to have this happen on that occasion. It was unbelievable.

On the relevance of live theater in a digital world

Nothing can replace live theater. The experience of being in a theater, having actors onstage speak to you or perform the numbers of the musical, that chemistry that happens between the people onstage and the people in the audience is something remarkable. You cannot replace that interaction, that intimacy, that feeling of molecules going back and forth between the audience and the actors. There’s nothing like it. We can enjoy movies, or a good novel, or anything in the digital world, but there is nothing like live theater, and I don’t think it will ever be replaced. It can’t be, because it’s unique. However, film can be a way to keep some of these beautiful plays that are done onstage alive, so I’m working on that. But I’ll never give up theater.

“I sat there feeling like cupid just struck my heart”

Kinky Boots is a musical that I am most proud of because I really did birth it from the beginning. I was on the board of the Sundance Institute, and it was one of the small independent films being shown while I was there some years ago. I didn’t know anything about it, but I thought, What a cute title! I think I’ll try to go see that movie. I did, and I sat there feeling like cupid just struck my heart. I kept seeing it as a musical. I was watching this film, thinking, Oh my God! This is so perfect! I had never put together a big Broadway musical by myself. Of course nothing is ever really done by yourself, but the idea was mine so the birthing was mine. I just kept thinking to myself, I have to get the rights to this little movie. I have to make this into a musical. I was driven like a crazy person. As soon as the film was over, I ran outside and called my son, Jordan, and said, “I just saw this amazing movie. I waited for the credits; it’s a Miramax and Disney film. Please call Tom Schumacher, and say your mom needs to get those rights!” There was about a year waiting time before I was able to get the rights, and I set about thinking about the creative team that would best illuminate this beautiful work.

Harvey Fierstein was my first thought because I knew he would understand the material. I then reached out to Jerry Mitchell, who was a wonderful director, and Hal Luftig, who became my lead co-producer. Together we would meet and talk to different lyricist-composer teams trying to figure out who would be the best for this. We auditioned a number of people, but we just hadn’t found the secret sauce. Then one day Harvey said, “Don’t say no before you hear me out! I think Cyndi Lauper would be great.” We all said, “Do you think she knows how to write a musical?” And he said, “No, but she’ll learn.” I thought it was a good idea because she’s always been considered an outsider in her own mind, and her music has so many different styles; it’s so heartfelt and it’s current. She had wanted to write a musical, so this came at a perfect time in her life, and she loved the story of Kinky Boots.

America is the founder of the American musical, and those musicals are all over the world now. Kinky Boots has been done in so many countries, in languages I never thought it would be translated into, and embraced with such love and joy. If the story means something to people, there are no boundaries and there are no borders. It’s human emotion. It’s about learning to accept yourself, learning to accept others who are different than you are. It’s in its fifth year successfully running in other countries because it is a beautiful story. It’s a love story on many levels — it’s the father-son story, it’s falling in love with who you are as a person, and it’s being able to accept the love of people that you would think you’d never have anything in common with. The story is universal. 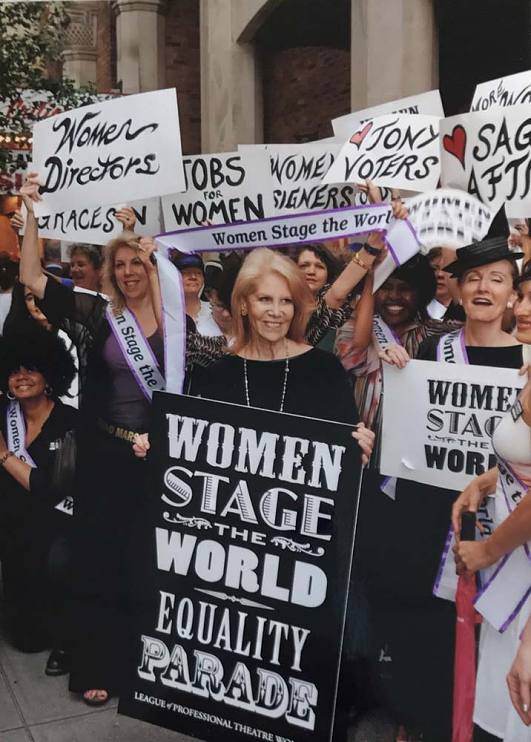 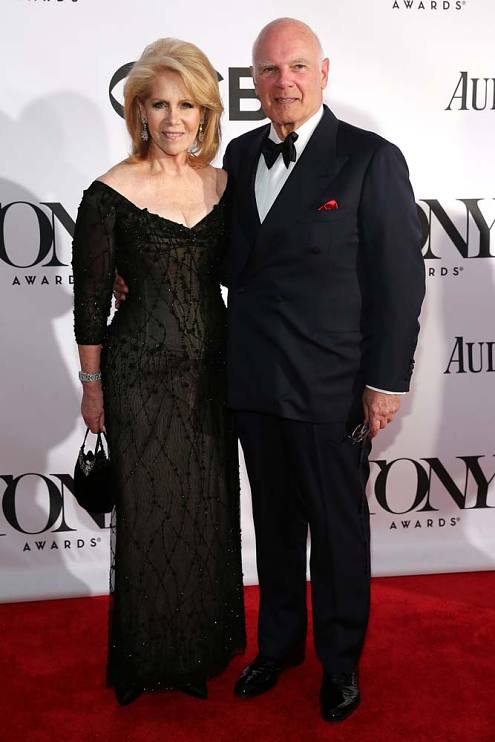 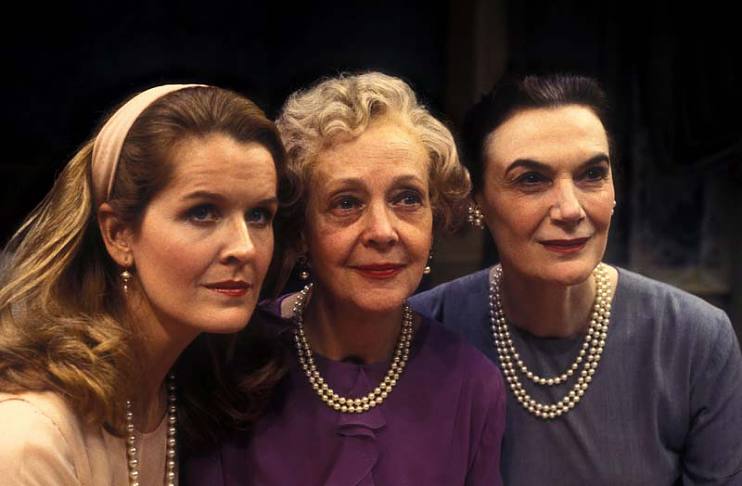 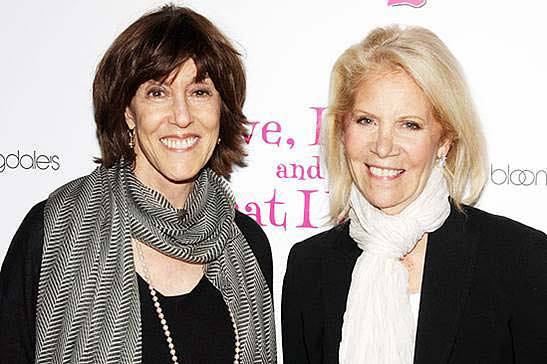 Daryl Roth and Nora Ephron from Love, Loss, and What I Wore 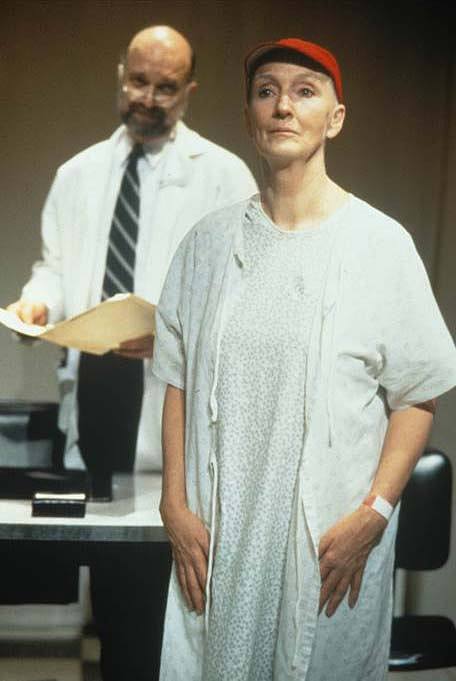 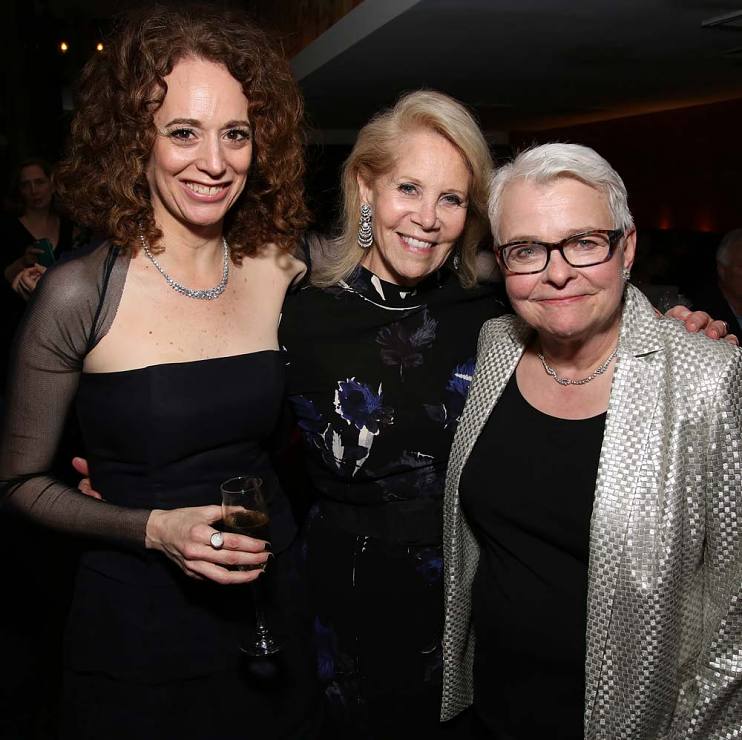 Daryl Roth with Rebecca Taichman and Paula Vogel of Indecent 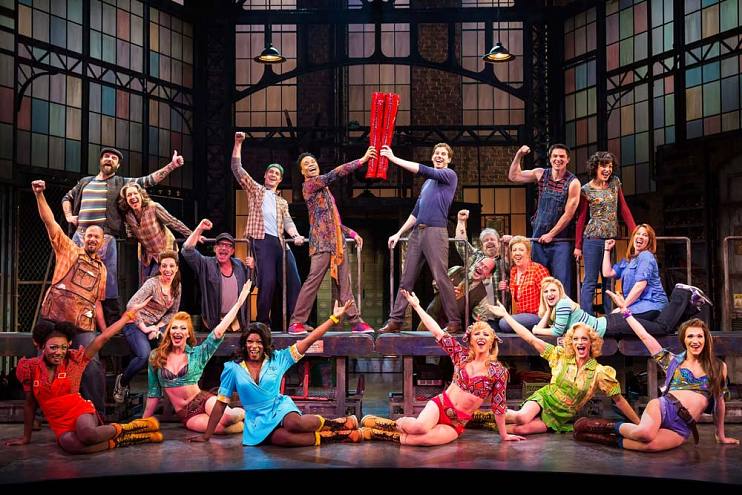 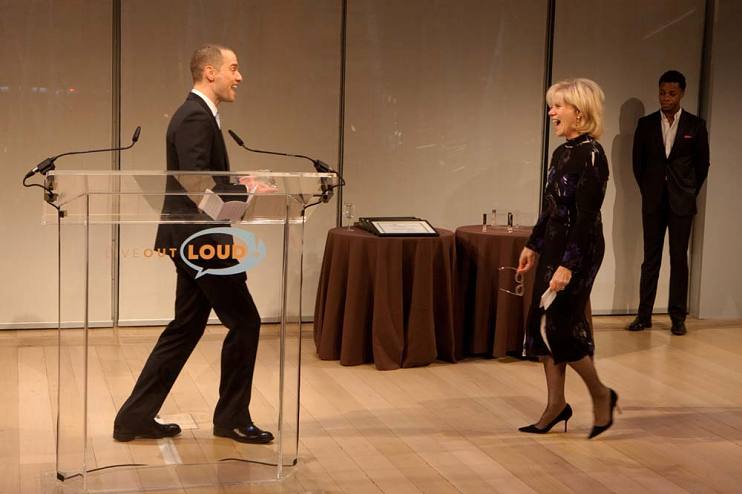 Daryl Roth and Jordan Roth at Live Out Loud benefit 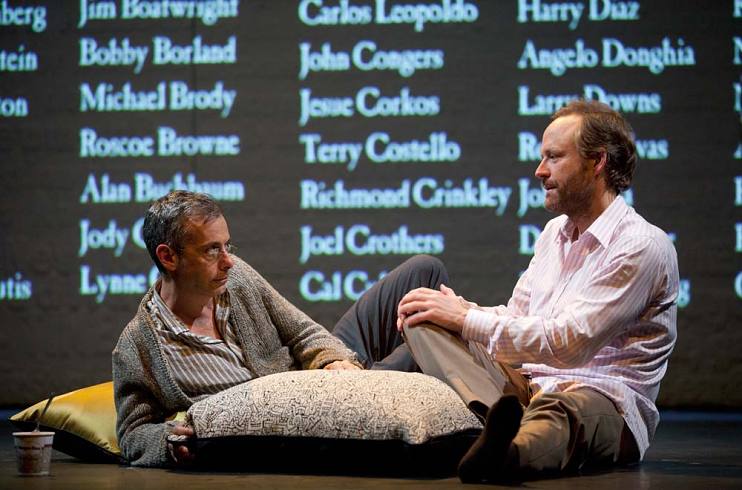 Daryl Roth and Nora Ephron from Love, Loss, and What I Wore

Daryl Roth with Rebecca Taichman and Paula Vogel of Indecent

Daryl Roth and Jordan Roth at Live Out Loud benefit