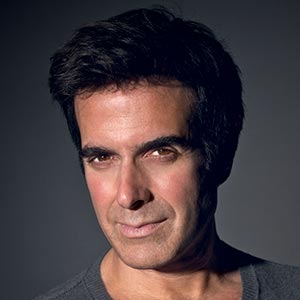 “What I do is really about making people dream, experience wonder, and see life’s infinite possibilities.”

“Really? That thing I just did, you liked it?”

My childhood was watching Captain Kangaroo on TV. I remember going to school for the first time and the yearning for Captain Kangaroo while there. It was like missing a loved one. And Ed Sullivan curated our cultural intake. He chose the best Broadway shows, the best rock ’n’ roll, the best comedians, the best magicians, and all in one hour. I also loved Gene Kelly and Fred Astaire and Frank Sinatra movies.

I remember watching Fiddler on the Roof on Broadway and saying to my parents, “Those people over there dancing and having fun, what is their job? They are dentists, right? They work in a factory, right?" My mother said, “No, that's their job.” I couldn't believe it. That was a revelation.

I went to school with my Jerry Mahoney dummy, and Mrs. Joiner, the head of the Washington Elementary School’s music department, asked me to do the talent show. I was really nervous, and I think I was pretty bad. But, when I walked back into the class, all the kids cheered and clapped. I looked at these kids, “Really? That thing I just did, you liked it?” After that, I said, “This is the job; I want to do this as a job.”

On falling in love with magic at Tannen’s

My parents let me go to New York alone when I was around 12. I would take the bus to Port Authority from New Jersey. I would go to the magic shop and second act Broadway shows. There would be an intermission, and people would go outside and smoke. I would sneak in with the audience, hide in the bathroom until people were seated, and then find an empty seat to see the second half of the show.

I would go to Tannen’s Magic Shop. It was an amazing place. You would walk in and there would be Johnny Carson with Dick Cavett. Orson Welles would be behind the counter. Everybody that I saw on The Ed Sullivan Show. I was in heaven. I worked hard to befriend them. I would get magic books from the library and read the description of what the effect would be. I would not read the secret. I would try to force myself to invent the method. It came easy to me. Tannen's Magic Shop had a very noteworthy encyclopedia of magic called the Tarbell Course in Magic. It was six volumes then, and eventually they would come up with a seventh volume that included an illusion that I created as 12-year-old “Davino, the Boy Magician.” I knew this was my home.

“Nobody wakes up in the morning dreaming about vanishing an elephant.”

Nobody wakes up in the morning dreaming about vanishing an elephant. Nobody wakes up saying, “Oh, I'm going to produce some feather flowers today.” Nobody. That was always the problem with magic for me. Combining magic with storytelling changed my life. So, everything I do is with relatable objects and desires that have a purpose. Making things disappear is cool, but it has to be more than that for me. It is a relatability and understandability that the audience brings that I want to use and turn upside down.

I am told “no” every day, even today. I was doing all the storytelling stuff, and I got a lot of push back on it. They would say, “Get to the trick!” On my fourth TV special, I had a way of vanishing an airplane. We did it all in one camera shot with no cuts to have credibility. It went viral and had an amazing response worldwide. I was shocked—and disappointed. I said, “You like that? Well, it's cool, but I want you to like this other stuff that I'm speaking about from my heart.” No, they liked that, and I realized the power of the simple big idea. So that is where the Statue of Liberty idea came about.

On bringing the big ideas to a national stage

I went to see Frank Capra, one of the geniuses of cinema. It was toward the end of his days, and I said to him, “I'm going to make the Statue of Liberty disappear, and I want you to help me.” I wanted people to see, visually, liberty gone and discuss how we take freedom for granted and how lucky we are to have it. I wanted to include the experience of my mother coming into the harbor, seeing the Statue of Liberty for the first time, and going through the immigration process and then being accepted. I fought with him for four hours, finally convinced him, and we created a script. It had a great resonance at the time, and I think it lasted because it is a big idea, not because it was a big event.

An illusionist creates the illusion of fiction or an illusion of the future, but, in the process, we are actually creating reality in many senses. What I do is really about making people dream, experience wonder, and see life’s infinite possibilities.

“Then there is an ordinary guy that becomes a superhero, and that's very American.”

We took magic from the Chinese and the French. [Jean-Eugène] Robert-Houdin and Georges Méliès influenced us. The Kellars, the Blackstones, the Thurstons, Dante—all these people took the art form and made it very American. Houdini made it American in a way of aspirational possibilities. His case was about escaping. Everybody felt a little bit bound and shackled at the time. Then there is an ordinary guy that becomes a superhero, and that is very American.

Stan Lee and I have been working on a project together. And what drew him to my world? He said, “Hey, you're a living superhero, David. You have done it for 40 years. What I've been writing about, you are doing it live,” which is cool to hear from Stan Lee.

About the Process: “I call it glorious torture.”

It is passion, preparation, and persistence. You have to find something you are passionate about. Preparation is learning all you can about its history, its pioneers, its prior developments, and then developing the technology. Then there is the persistence, because it is not going to work the first time. It is not. You are going to fail and fail again. But if you do the preparation, hopefully there are enough options.

I delight in the problem solving of it. I call it glorious torture. It is dangerous for successful entertainers to forget to listen. I interview people after the show. I find out what they like, what they didn't like. I watch their reactions. I find the voids based on listening.

I’m proud that I have found longevity. I have found the wisdom of how to re-energize, and I will never retire. Retiring is like dying to me. I enjoy seeing people get excited. People who have seen everything, have talked to everybody, the smartest people, and I made them go “Wow!” That is really, really fulfilling to me. 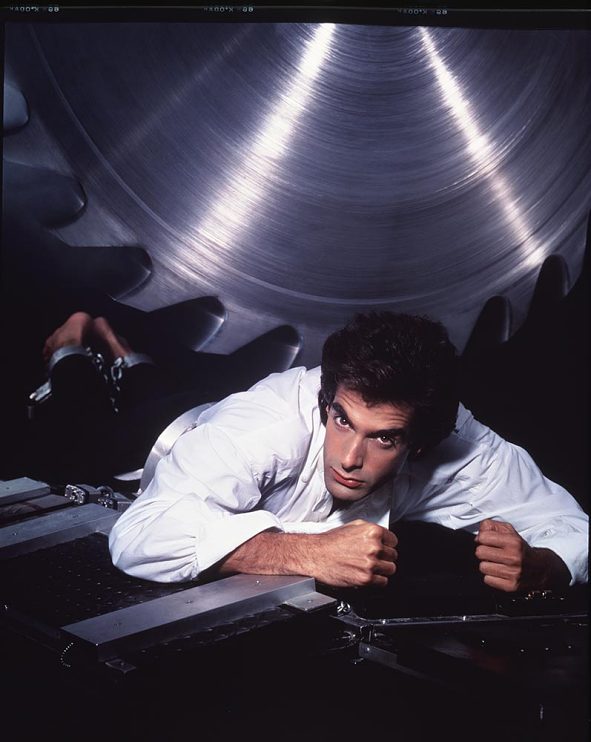 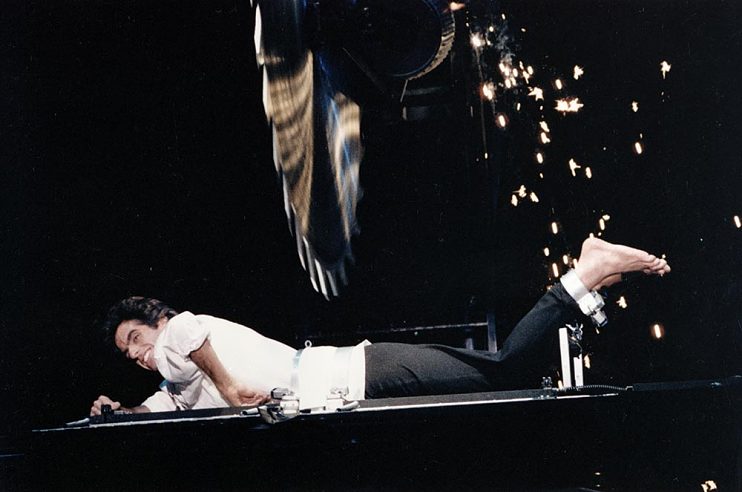 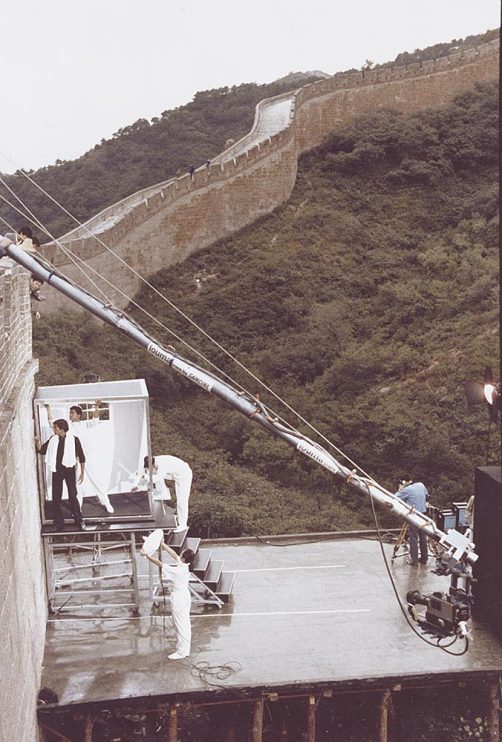 Behind the scenes at the Great Wall of China, 1986 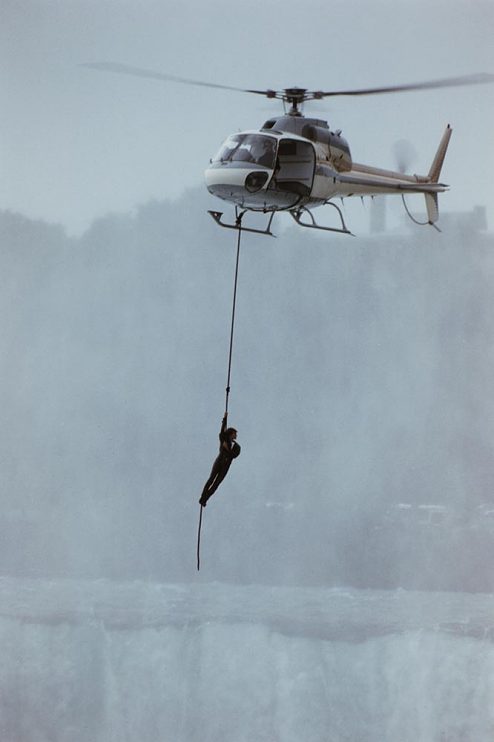 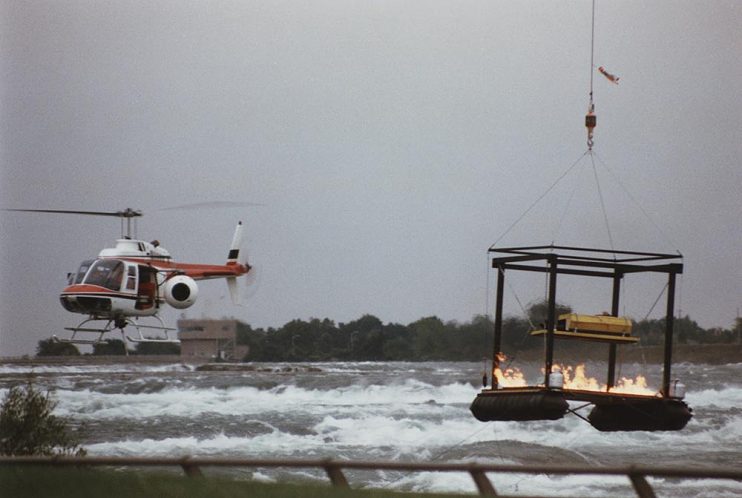 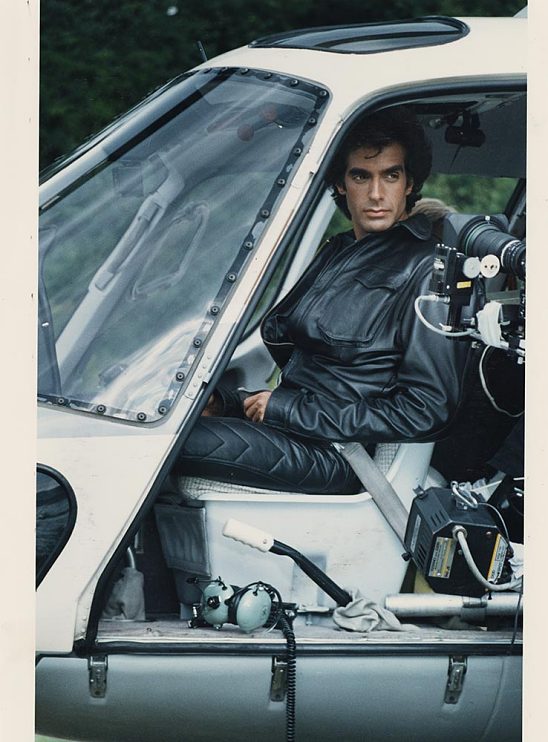 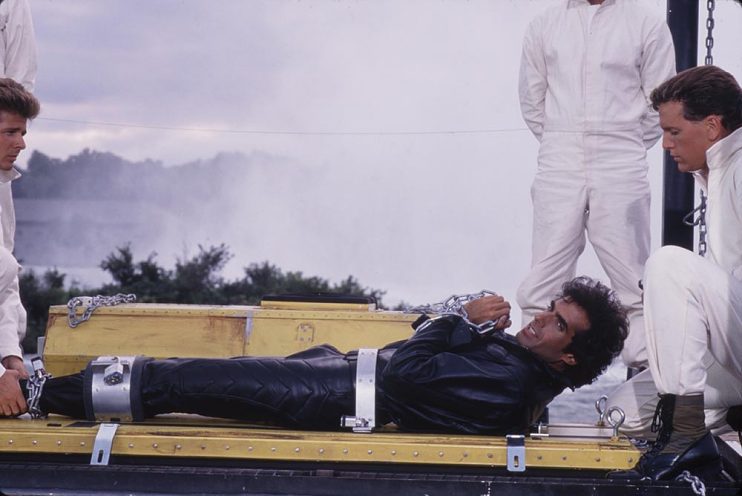 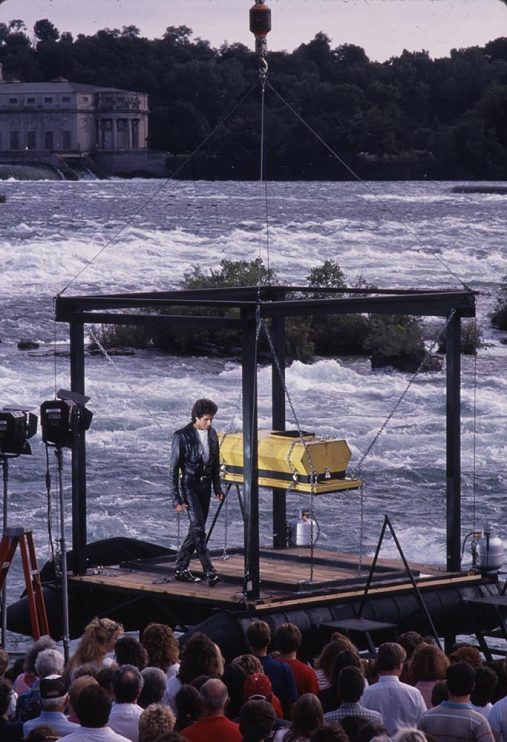 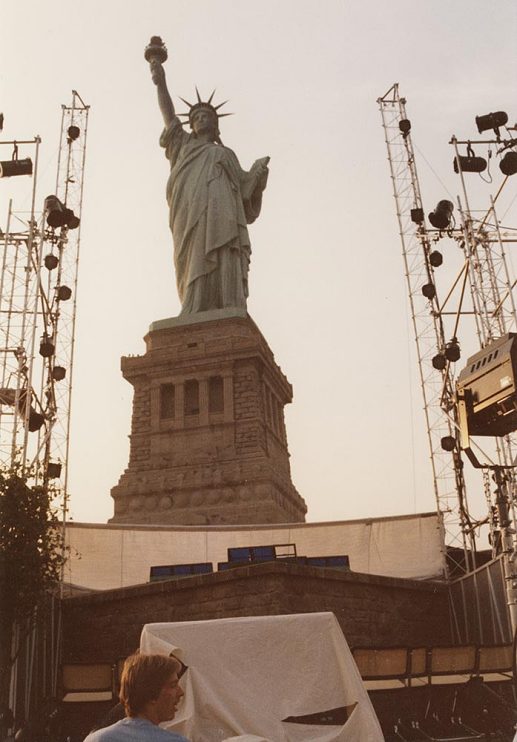 Audience view of the Statue of Liberty, 1983 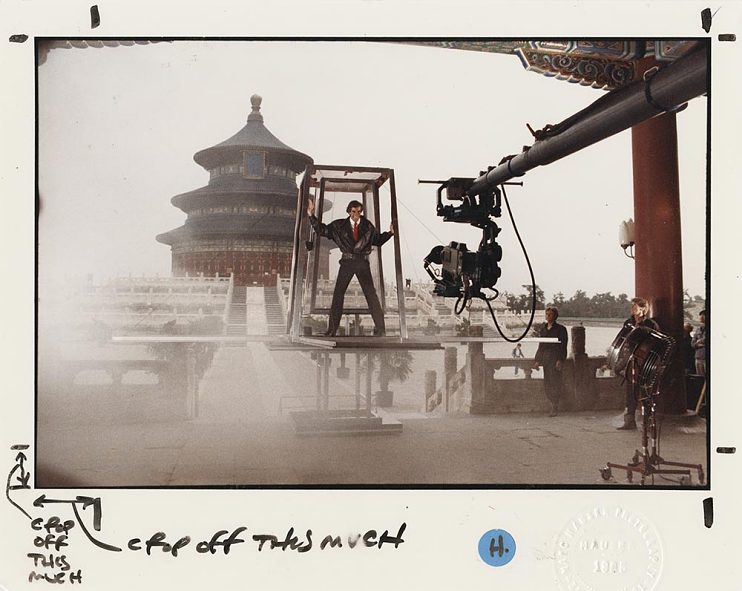 Filming at the Temple of Heaven, Beijing, China

Behind the scenes at the Great Wall of China, 1986

Audience view of the Statue of Liberty, 1983

Filming at the Temple of Heaven, Beijing, China

He was the real deal. I saw this when I was a kid at a magic convention. Blackstone was doing that exact illusion. Why was it good? It was his relationship with that handkerchief, which he had borrowed from the audience.