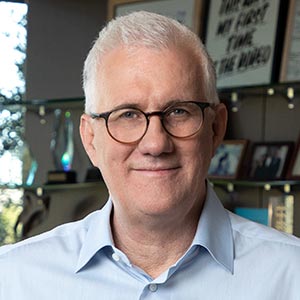 “The most important thing is trying to make a real, tangible, positive contribution to the world.”

On growing up in Eugene, Oregon, as a citizen of the world

My father was a German Jewish refugee who came to the United States in 1939 with his family. He is a real intellect and an academic. He was a legal scholar, a professor at the University of Oregon, and a judge for many years. My mother grew up in Astoria, Oregon, in a fishing and logging community. They met in high school in Portland, and they are still married 73 years later at age 95.

Understanding cultures is incredibly important to my parents. We traveled all over Europe when my dad would take sabbaticals, and I would go to school abroad. It was important to my family that, when visiting another country, we try and converse in the local language and try to understand some of the artistic, political, and the economic history of everywhere we visited.

“I spent a lot of time watching movies. Looking back, they were more important than I probably realized at the time.”

The first movie I ever saw in a theater was The Gold Rush, on the university campus in a student screening of Charlie Chaplin movies, with my parents on a weekend afternoon when I was probabaly about eight years old. I can tell you exactly what seat I was sitting in. The Gold Rush is one of the most amazing cinematic expressions of joy, sadness, and excitement. Tremendous, bravura filmmaking in an era where, of course, there were no visual effects and [they] shot with cameras that didn’t really move. I was just so taken by it. I still watch it whenever I can.

On exploring interests at Swarthmore College

Looking back, I was constantly sampling during that phase in my life. Becoming a part of the student anti-apartheid committee at Swarthmore was one of those explorations. What attracted me to the committee was that the mission was so tangible. There was something that needed to be fixed, and these people wanted to do something about it. The work of the committee was what we would call today a “social impact campaign.” The campaign was to get Swarthmore to divest from South Africa. We weren't just advocating for some change; we had an actual goal and we succeeded. It was really empowering.

Growing up, I really loved James Bond movies. But I also understood they weren’t exactly The Gold Rush. I had this idea with my roommate that we could make a satirical movie about Swarthmore set within a James Bond movie, while satirizing the tropes of the movies at the same time. I asked for 500 bucks and told the school administrators that it was going to be a way of connecting students and faculty. A nice, fun morale booster for Swarthmore. We produced Middle Finger with a Super 8 camera, and we did the sound separately on a little 4-track player. We played it at the student center and sold out. It was a big success.

There was so much cinematic art going on, and I wanted to be part of that. I went to the Shark Bar and sat next to Jim Jarmusch, after Stranger Than Paradise had come out. A close friend of mine was in a bodega when Joel and Ethan Coen walked in after Blood Simple. You could almost touch these artists, at the same time you also saw their movies, and they’re almost accessible to you.

I bought the New York film + TV guide, and I sent out résumés to just about everybody in the book. I got a job as a paralegal in the distribution department at Paramount Pictures. From there, I worked my way into a position as the assistant to the head of international sales for a very small company called Fox Lorber Associates. It was this little incubator with really talented people who would go on to make a real change in the film world.

We sold a film to Miramax and that began the path to working there.

“I always think of my career as being in concentric circles. They are getting bigger, these circles.”

When I started at Miramax, there were probably 35 people there, and when I left, there were probably 400. I started as the co-head of acquistions and we acquired Heavenly Creatures, Reservoir Dogs, The Crying Game, and so many others. And building off those relationships, the company started producing Quentin Tarantino’s movies among so many others, and then, of course, The English Patient—the last film I worked on at the company.

At one point, the overall business demanded that we move into international sales and distribution and they pointed at me. We built an incredible international sales business and I began to learn how to lead, while also developing very close relationships with the kinds of filmmakers I loved. They began to see me as someone who didn’t “just” buy their film, but also someone who had a serious role in the life of their films. I took that responsibility very seriously.

Good Machine was run by James Schamus and Ted Hope. We made a trade: I would help them build a company, and they would teach me how to develop and produce movies. There were only around 20 of us, but we made some great movies: The Ice Storm, In the Bedroom, Y Tu Mamá También, Happiness and Crouching Tiger, Hidden Dragon. We build an international sales business that represented films by Pedro Almodóvar and Joel and Ethan Coen. And for our films, we developed them, we sold them, we raised the financing, we oversaw their distribution. Everything I learned at Paramount, Fox Lorber, and Miramax was folded into Good Machine, and James and Ted were amazing partners.

The economy for independent films tightened and we sold Good Machine to Universal Pictures. James and I founded Focus Features for Universal, which was designed to take on Miramax, and that's what we did. I found myself making movies with Jim Jarmusch, with the Coen brothers, Zhang Yimou, Sofia Coppola, Fernando Meirelles, Alfonso Cuarón and, of course, Ang Lee. My dreams from the ‘80’s began to actually come alive. Concentric circles!

At Universal, it was clear to me that we were not competing at quite the same level as the other studios because family entertainment was becoming so central, had become so immensely popular, and the other studios had designated groups focusing on the area. I spent a year building a plan with Chris Meledandri, which ultimately became Illumination Entertainment. Animation is a completely different ballgame, and the time I spent with Chris was incredibly empowering for me. It was so fascinating to learn how you could approach films so differently.

I created Lava Bear Films from scratch, with a big assist from Universal. And this is where the concentric circles of my career really come all together. We had a group of overseas distributors who invested in the company’s films. Those distributors were all run by people that I had met at Fox Lorber 20 years earlier. Most of these investors are now our overseas distributors at Participant, too.

“And then I got a call from Jeff Skoll.”

Over the course of the last 15 years, we have created a category of company where we are the only ones engaging in not only making high-quality content but also connecting it to the people in the world who are engaging in real social change. It’s an important moment. The majority of people who are Gen Z and millennials will tell you they look for social value to the way they participate in commerce.

The secret sauce at Participant is partnership. We partner with great artists because they can see around the corner, beyond “just” production, to why the story is so compelling. We need scale, so we partner with great distributors to reach audiences. An equally important relationship is our impact partners. These are the NGOs, foundations, and nonprofits who are doing the real boots-on-the-ground work around specific issues.

We create five or six feature films, four or five documentaries, up to three television series, and about 30 hours of short-form digital content every year. Jeff is right—the power of media and storytelling to effect change in the world is profound. But we are really only going to be successful when that impact survives beyond the life of the movie.

On moments of inspiration

My dad taught me something when I was growing up that I've tried to apply in every job I’ve ever had. The person who is speaking in the room is not necessarily what is most important to observe. It is just as important to see how people are reacting to what is being said.

I had lunch with Reed Hastings when I was at Universal, and there was a lot of consternation in the studio world about what Netflix was doing. It was perceived in a very negative way. To Reed’s credit, I walked out of that meeting saying, “This guy’s thinking differently about the future of how people are going to access our movies and connect to them, and I better be paying attention.” 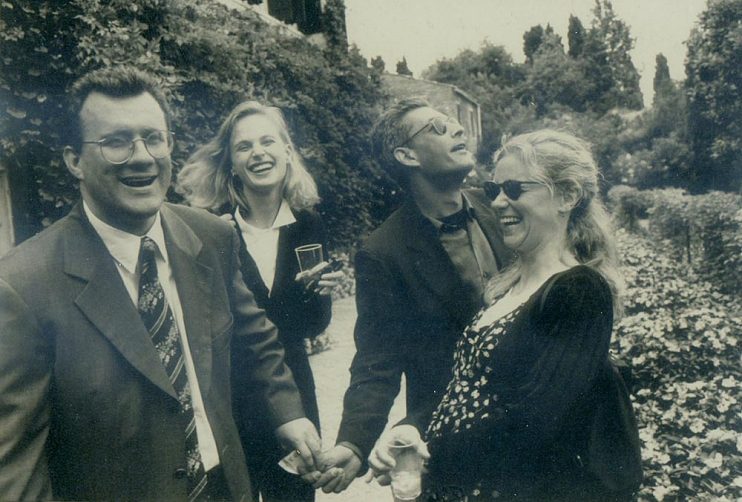 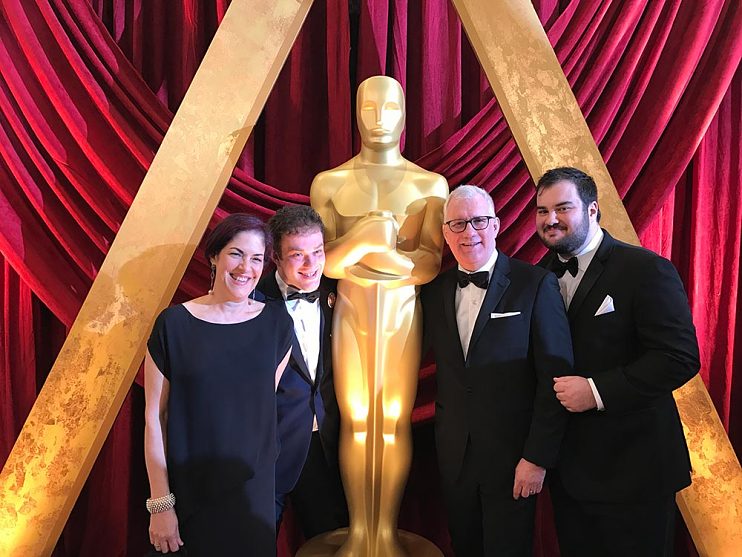 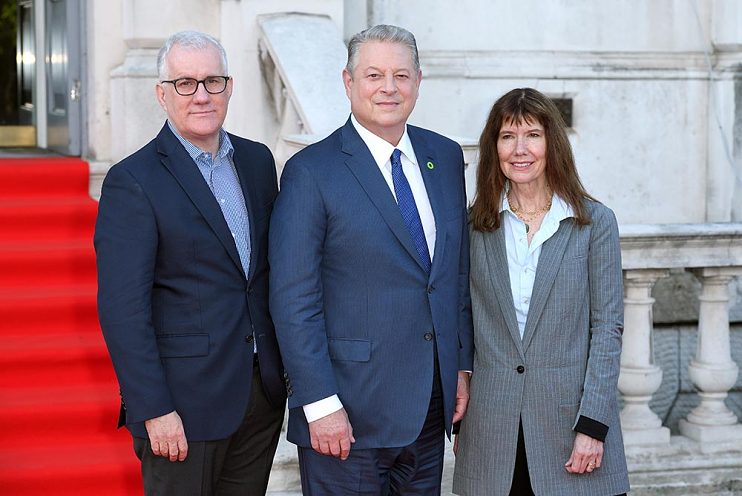 David Linde, Vice President Al Gore, and Diane Weyermann, Chief Content Officer for Participant, at a screening of An Inconvenient Sequel: Truth to Power in London on August 10, 2017. 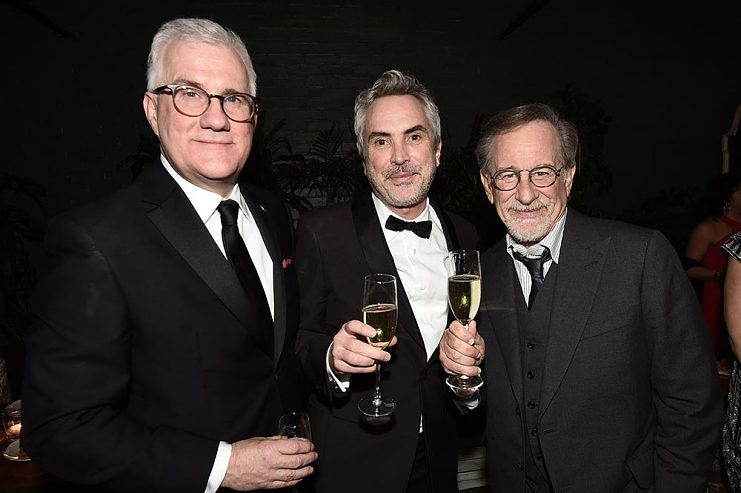 Left to right, David Linde, Alfonso Cuarón, and Steven Spielberg at the Participant Oscar party in Los Angeles on February 24, 2019 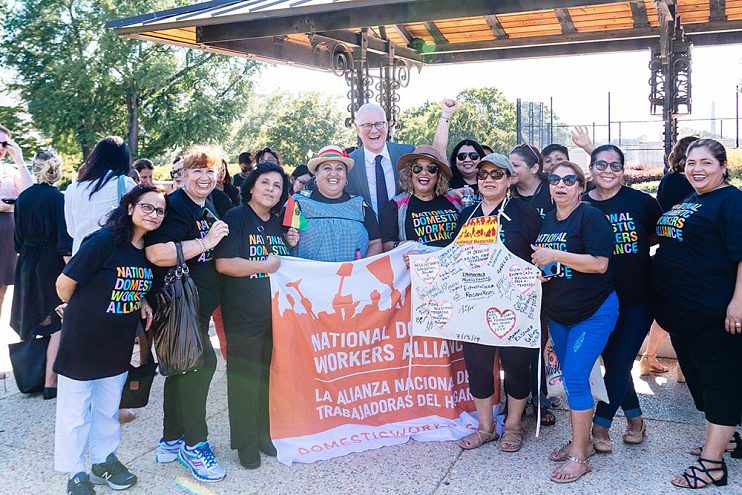 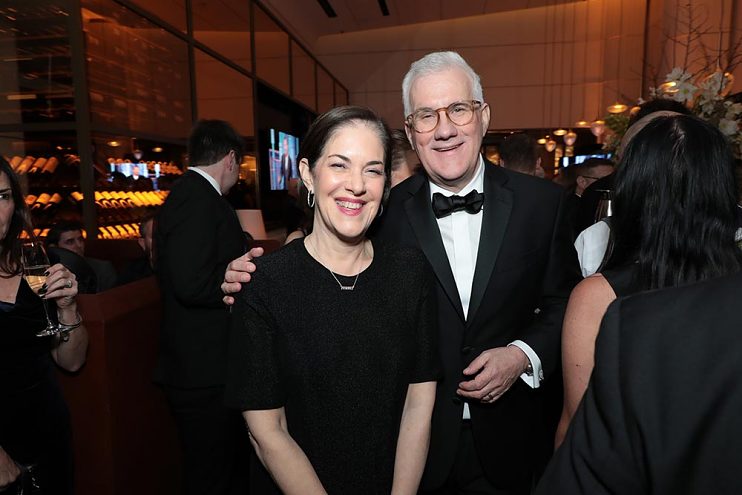 David Linde, Vice President Al Gore, and Diane Weyermann, Chief Content Officer for Participant, at a screening of An Inconvenient Sequel: Truth to Power in London on August 10, 2017.

Left to right, David Linde, Alfonso Cuarón, and Steven Spielberg at the Participant Oscar party in Los Angeles on February 24, 2019

On the Schindler's List script and Misty Copeland ballet slippers

When I look at the cover of Schindler’s List, I think about the friendships that I’ve made and how lucky I've been to be able to work with some of the greatest filmmakers in the world. In 1998, I had the amazing good fortune of being asked to work on The Last Days, which was also produced by Steven Spielberg and was the first time I ever heard my name during the Oscars.

When I see Misty’s shoes, I think about my wife, who has spent almost her entire career working in the nonprofit world, largely for two organizations that are very focused on making sure that dance is supported and remains a vibrant and important art form.