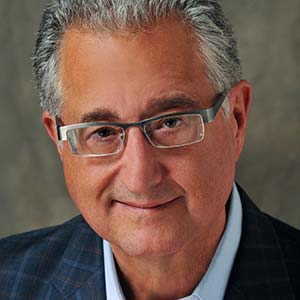 “Music is timecode. It takes you to the time when you first heard it. … Forty years from now, when they want to sell flying cars to the kids that listened to the Top 10 songs today, they’re going to use that timecode.”

Del Bryant, former president and CEO of BMI; excerpted from an interview with the National Museum of American History, April 6, 2017.

On having musical parents

My parents were the first professional songwriters in Nashville, Tennessee. That’s quite a statement in the town that’s synonymous with songwriters. My folks were the first, and they are recognized in the Hall of Fame as such. My father was born in 1920 in South Georgia to a musical family. His father made instruments, played instruments, and was also a judge. He taught shape-note singing also, which was a sight-reading method that was taught because it was a little bit easier than simply reading music. At the age of five, my father started taking violin from a gentleman who had been in the Boston Symphony [Orchestra]. He took violin for most of his youth and, by the time he was 18, he was playing in the Atlanta Symphony [Orchestra]. He was Georgia fiddle champion at 12 or 13. So he had hoedown, he had classical, and he was truly a prodigy.

My mom was born in 1925 in Milwaukee. She was asked many times what instrument she played, and she said, “I played the radio and poker.” She wasn’t a musician, but she was a great singer. She competed on the Major Bowes [Amateur Hour] talent show a couple of times. She loved show business. She worked in the theater and vaudeville and could sing like Ella Fitzgerald. She loved to scat. Her friends would always scratch up enough money to send her to the hottest new musical movie, and she could go and learn all the songs and come out and sing them to everybody. She was raised very, very poor. She was an Italian living in the Italian and Polish ghettos in Chicago and then Milwaukee. For her, show business was a magical escape from a rough childhood, and she was good at the escape.

On being part of the family business of songwriting

My parents were songwriters. They didn’t go to an office; they were at home writing those songs all the time. Every Saturday night, we went to the Grand Ole Opry, from the time I was probably two or less on through. I’ve been babysat by everyone from Stringbean to Kitty Wells to Miss Cannon (Minnie Pearl). It was a family business, and I never felt separated from what they did. My parents never did anything to make us feel that we weren’t in that just as deeply as they were. I remember going to bed many a night and dad saying, “By the way boys, put a little prayer in, because if this song goes on KLAK in Texas, it’s a hit!” I was bought-in all the way. I took that on through my teenage years and on into my young adulthood and on into going to work at BMI. I was always bought-in for what writers were doing. And I knew that all we needed was one more person bought-in to have a hit.

“I was listening to music and helping people figure out what to do, where to go, how to pitch it”

I went to the University of Miami. They were the first university to offer commercial music courses in the country, and they were the first school to have black and American history. I took some of those courses and they were fascinating. In 1972, I was asked to do what I was well qualified to do, and that was work with new writers and established writers. I had met many of them as a young kid and a teenager and a very young child, and I knew what writers wanted. I knew new writers. I knew what a song sounded like when it sounded pretty good and if you could understand it and if it told a story. That’s not to say I was the perfect song man; I passed on hits, just like anybody else. You make a lot of decisions, and some of them are going to be bad. I was listening to music and helping people figure out what to do, where to go, how to pitch it. I’ve never told anybody, “That’s not good,” or “You don’t know what you’re doing.” But I would tell people, “I don’t quite know what to do with that. Everybody has two ears and their own opinions and that’s mine, but why don’t you try …” And I would aim them somewhere else.

On grubstaking and starting out at BMI

As I grew through BMI, I became more important in the creative end. I ended up being head of creative for Nashville. Then I got to New York. I knew how writers wanted to be paid, that was always a strength of mine, and I was given the job of transforming our payment schedule in ’84. We were losing speed against our competition and I knew why. We came out in ’87 with a full, new payment schedule, and BMI started dominating once again. But, so I’ve got the payment area, and I’ve got distribution under me, but I also took over the creative department. We opened a Latin department in Miami, we opened an office in London, and we put more energy into film. I ran creative until ’90, when I became a senior VP and was picked to be the president in late ’03.

On his proudest contribution to the music industry

If you asked what I enjoyed the most and what I contributed to the most, it was helping to bring more and more people into the creative department, and more second-generation people. More and more people who love being close to the music, who had tried to be writers or tried to be publishers and wanted to help somebody get a hit, wanted to be close to a hit. We had the best creative department an organization could have. To a certain extent, performing rights organizations like BMI almost looked at the business as publishers. We were out finding and signing talent, because if we didn’t have a catalog, we couldn’t go to the users, and the music couldn’t get the money we thought the music deserved. We would go get the music and then hope we could get the money. You have to have the product first and then fight for the money. I always loved going after the product. I loved going after different acts that might be with other organizations, if I thought they meant more to our catalog. We looked at it as a publishing company: We had a catalog, and what did we want it to be? We wanted it to be uniquely American.

We were excited about folk music and excited about what they called “race music” back in the early ’40s. We were excited about Willie Dixon and all of the classic blues people that you could imagine. They were all BMI. I’m talking about Lead Belly and all those people. We were excited about opening up new venues for them. We were throwing them together. They had been thrown together in many of the foxholes in World War II, and when they came back they weren’t so afraid of each other. They were starting to collaborate. There was a lot coming out of folk music and string music and blues. We were excited about what was happening with it and that was rock ’n’ roll. We wanted it, we encouraged it, we argued for it, and we fought for it in Washington [D.C.], when ASCAP tried to say it was an abomination and that it was destroying the youth of America. Eventually they learned that once the box is open, you can’t close it, and you better invest in it or start liking it. Once barriers are broken and things are out, they’re out. 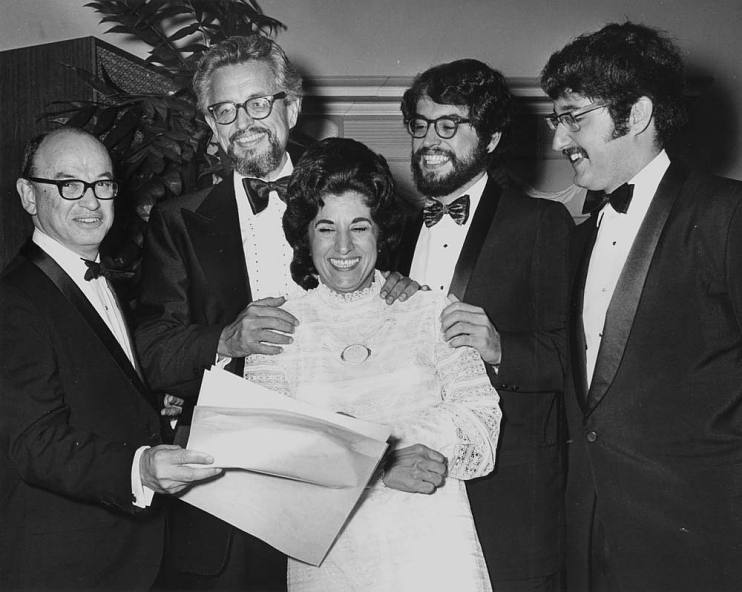 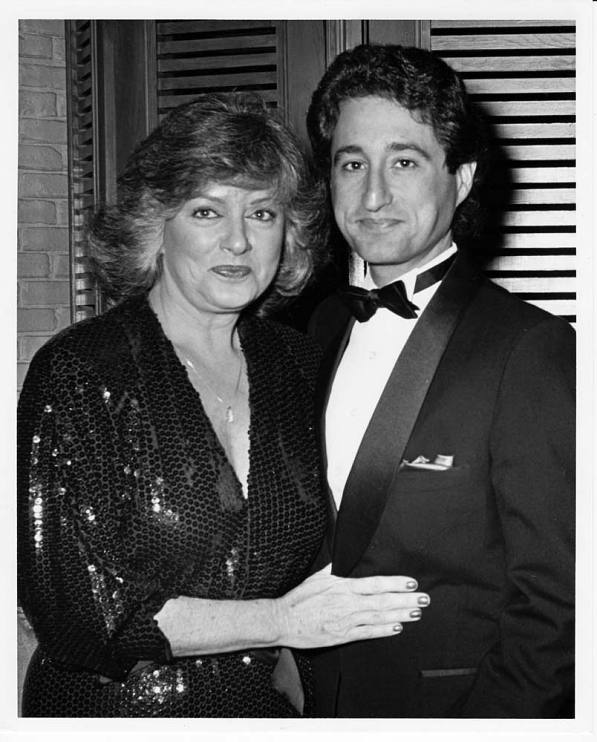 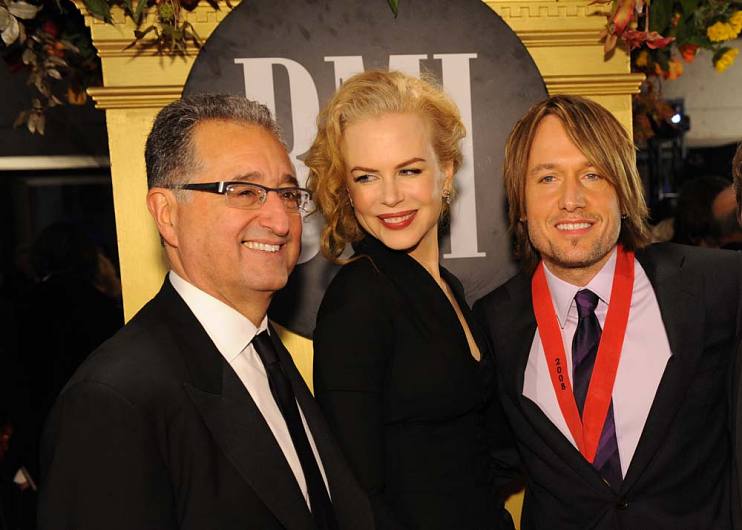 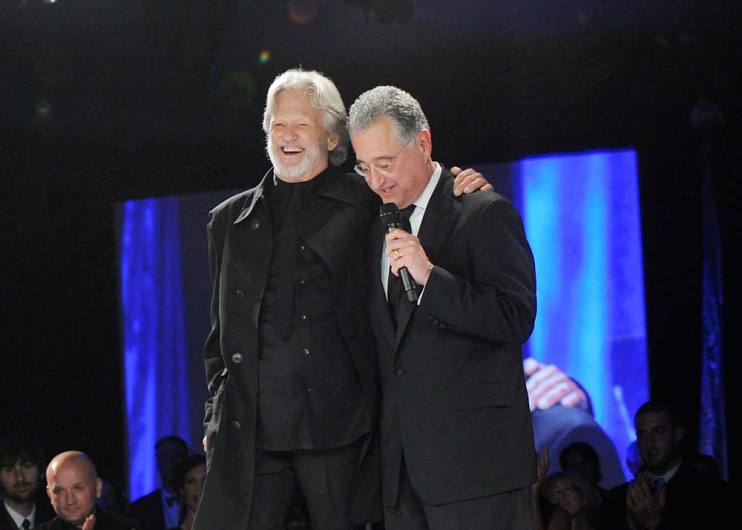 On the Everly Brothers, Little Jimmy Dickens, and Minnie Pearl

The Everly Brothers — I always think of how talented they were. I was always somewhat sad that they didn’t get along better. I knew the boys really well, and Phil was one of my really dear friends until the end. He’d always say, “Donald and I, for some reason, just don’t, you know?” He called him Donald, and Don would call his brother Phillip. They were the most talented; they were the best. They didn’t get along, but no one has ever sounded like them since.

Little Jimmy Dickens, the old tater eater! His first big hits, that my folks didn’t write, were “Take an Old Cold ’Tater (and Wait)” and “A-Sleeping at the Foot of the Bed.” But my folks wrote the rash of hits after that, “Out Behind the Barn,” “Country Boy,” “I’m Little but I’m Loud,” and “It May Be Silly (But Ain’t It Fun).” I used to tell people, “I’ve known Jimmy Dickens so long, I knew him when he was taller than me.” I knew him from the time I was a year old. He was a sweetheart, one of the most beloved people in the Opry. He was Hank [Williams] Sr.’s best buddy and running mate.

Minnie [Pearl] would babysit my brother and me backstage at the Grand Ole Opry while our parents were pitching songs and such. She was a sweet lady. She was one of the funniest people and a true lady. And one of my most prized pictures is with her, giving her an award many years later. She’s an elderly lady in the photo and I’m just beaming. She was great.