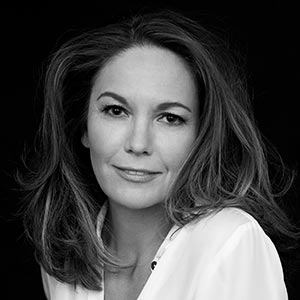 “There is a feeling I get when work is good and the truth is spoken.”

My father and mother were extremely formative people to me. They were in the entertainment industry in their own ways. My mother pursued a singing career, and she acted and modeled a bit. My father ran the Cassavetes-Lane Drama Workshop, as it was known in the ’50s. This was long before I came into existence, but it was the lore that spawned me.

My father was very open-minded and progressive. He really wanted me to go out and experience the world. One day, a friend of my parents sent an IOU for a Christmas gift, and it was a cutout from The Village Voice magazine. On the back was an ad that said, “Kids, come down and audition, ages 7 to 10.” Dad turned to me and said, “Hey, kiddo! You want to be in a play?” So he drove me down in his taxicab and dropped me off outside of La MaMa Experimental Theater Company, which was run by Ellen Stewart. Elizabeth Swados auditioned me. Andrei Șerban was our director. I got a passport, and off we went to do world tours. I was a complete innocent.

Some people say, “Oh, you didn't have a childhood,” but that is not really true. I just had a different one. The wonderful thing about being a young person in the entertainment industry is that you are completely open. It was better than the after-school program at my public school!

How to create sacred space is a very complex, delicate, lifelong lesson. That's what I love about the live arts, compared to what is recorded in some medium and transmitted. When it is happening live in front of you, there's an immediacy, an audacity, an empowerment. Every day you are given a canvas, and every day you paint on it. And you could say it's the same painting every day, but it's not really true when it's a living, breathing theater.

I remember the first time I was onstage after 25 years, and I was playing Princess Kosmonopolis in Tennessee Williams's Sweet Bird of Youth at the Goodman Theatre. My character was already onstage in a bed behind the curtain, and the audience didn’t realize that the actors are taking their positions. I was lying there petrified, and then I listened to their conversations and realized, Oh my God! They are just like kittens with a bowl of milk. They want to lean in and lap it up. They came here because they want to love the show. They want to believe in it. These are my friends in the audience!

On a first leap into film

It was quite a shocking first leap in front of the film camera because it landed me on the cover of Time magazine. People still bring it up to me. When I met President Obama at the White House Correspondents’ dinner, he said, “Oh yeah, you're that young girl who was on the cover of Time because you were so young being an actress." That is how he knew me. That is the frame.

So my first movie job was with Laurence Olivier. I was the star. The director, George Roy Hill, had done The Sting and Butch Cassidy and the Sundance Kid, The World According to Garp, and The World of Henry Orient. You pinch yourself hard to work with somebody like that ever, let alone out of the gate.

Here is my analogy of filmmaking: It’s like making a quilt, a tapestry, or a giant mosaic. I'm working one tile at a time, one little square of the quilt, one quality of thread that runs through the story. I say to myself, I'm not going to bother with the giant overview. I'm not the director. I'm not the producer. But as I gained experience, I would start to trust my gut and say, Oh no, it's terrible that they edited this this way. Had I known what they were going to do, I would have performed what remains differently, because if you take a section of the green out of the tapestry, it affects the whole. My dream is to work with a director who asks for many options, so they have a lot to play with in the editing room. That is hard to come by because that costs money. Time is money.

“We have been standing at the deli, holding our ticket, for a long time.”

During my early career, we had not gotten to the point in the industry where there was as much freedom, liberty of expression, and individuality tolerated. Nobody was asking about what it was like to be female compared to the male experience. We have been standing at the deli, holding our ticket, for a long time. We are ready. I'm so grateful to be alive in this time, witnessing a shift in the cultural conversation. It is such a blessed event. I also have a daughter, and we will see what this winds up being to her, for her. The world is changing so much.

“There is a feeling I get when work is good and the truth is spoken.”

My dad used to say, “I'm playing a cabdriver to these people, and that person is playing a newscaster, and that woman is playing a waitress.” It is as true as what Shakespeare said, “All the world’s a stage, and all the men and women merely players.” I try to take the preciousness out of the profession because you can make yourself a little crazy.

There is a feeling I get when work is good and the truth is spoken. When I hear people speaking truth, my hair stands up on my arms. If my work can achieve a feeling of truth to someone, then I've done my job the best I could do.

It is a gift not to be overly associated with any one role. If I could change my age, gender, skin color, I would. I would love to change as much as possible to feel and try to express those differences of experience. 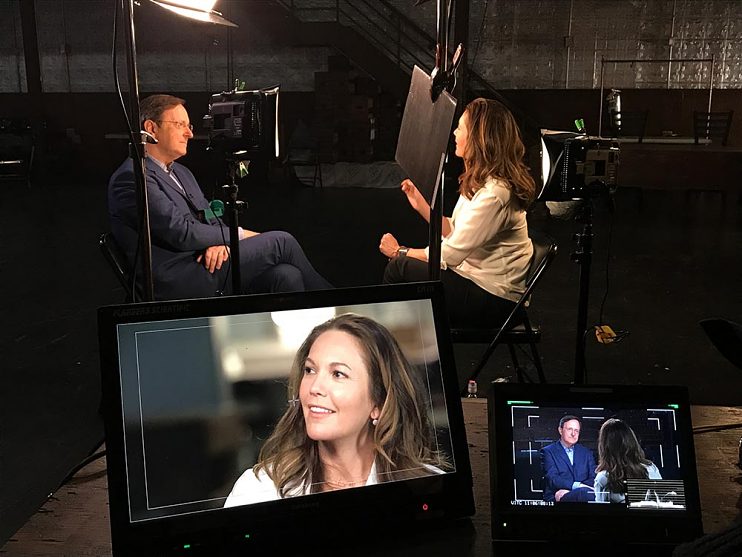 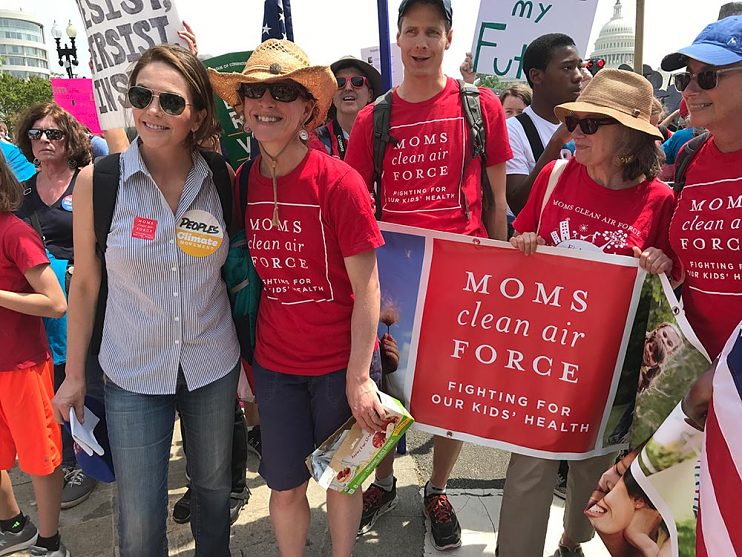 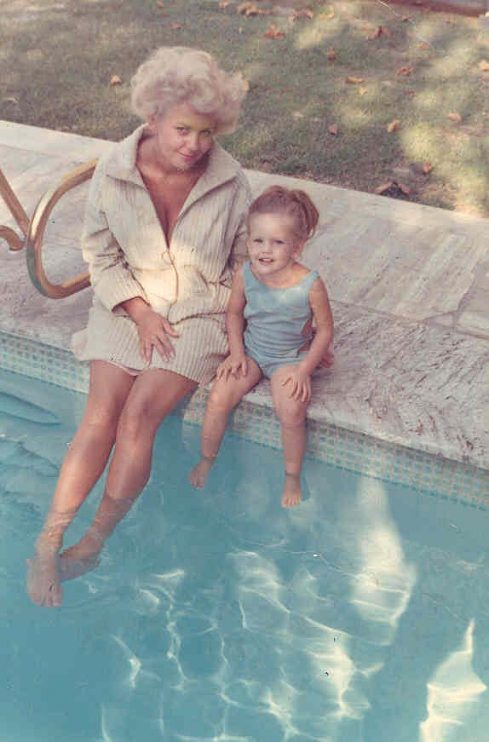 Diane Lane at age two with her mother, Colleen, in California, 1967 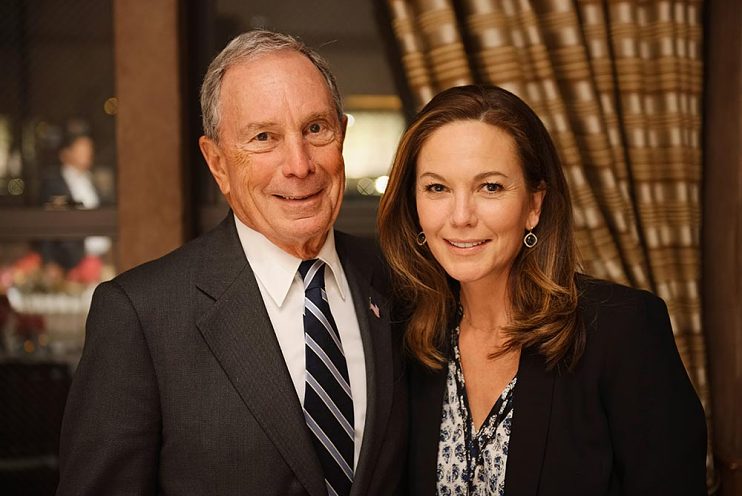 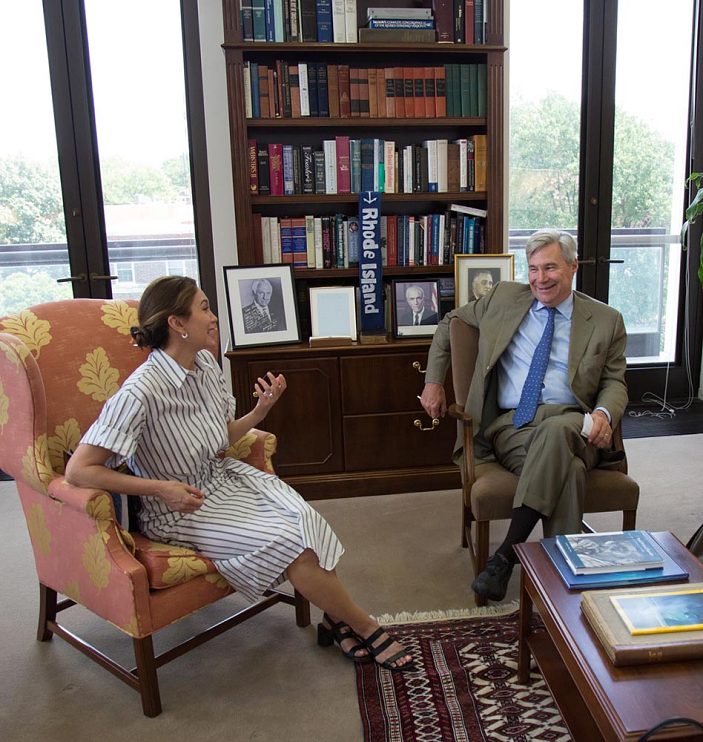 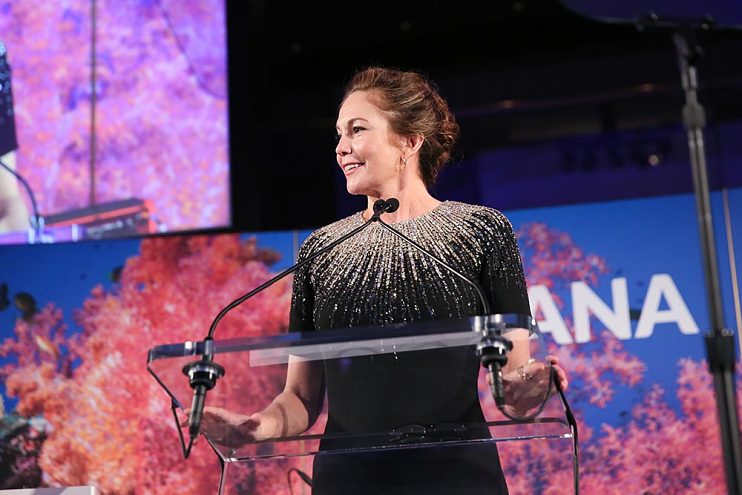 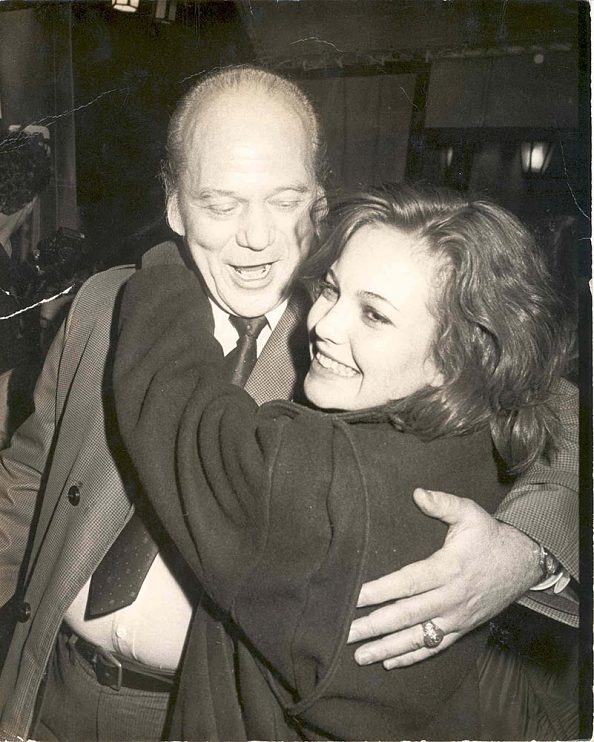 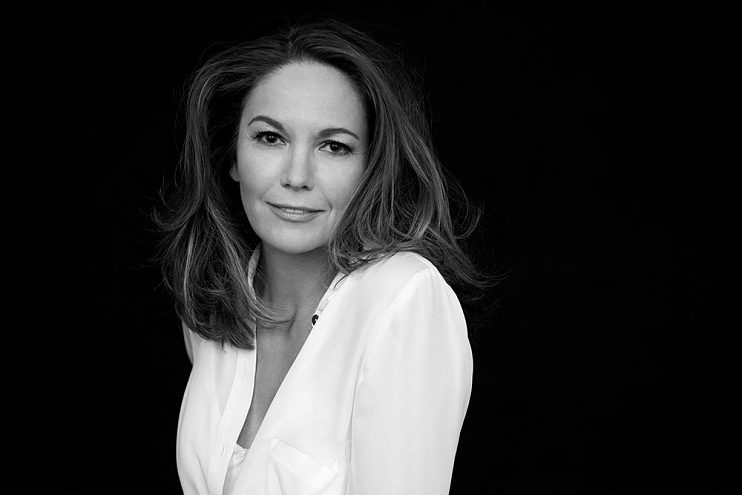 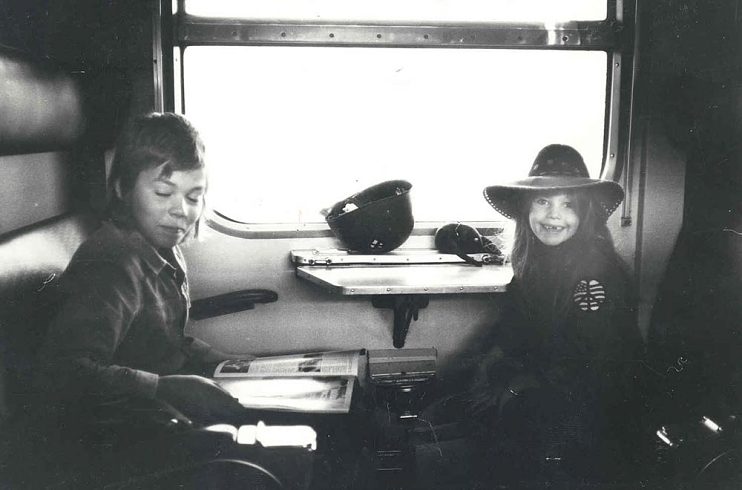 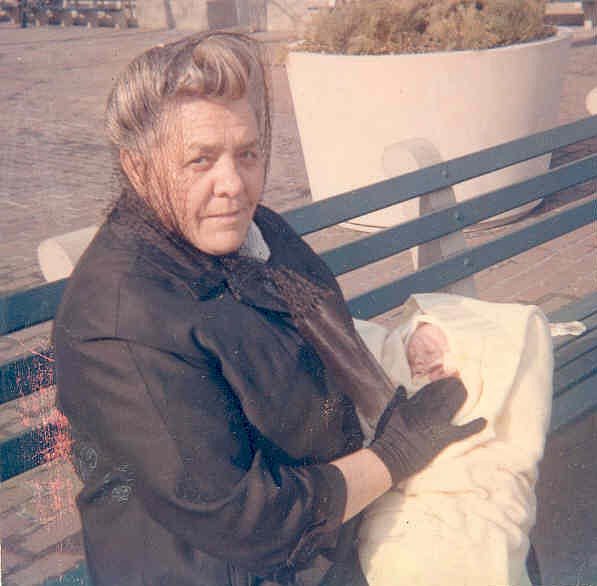 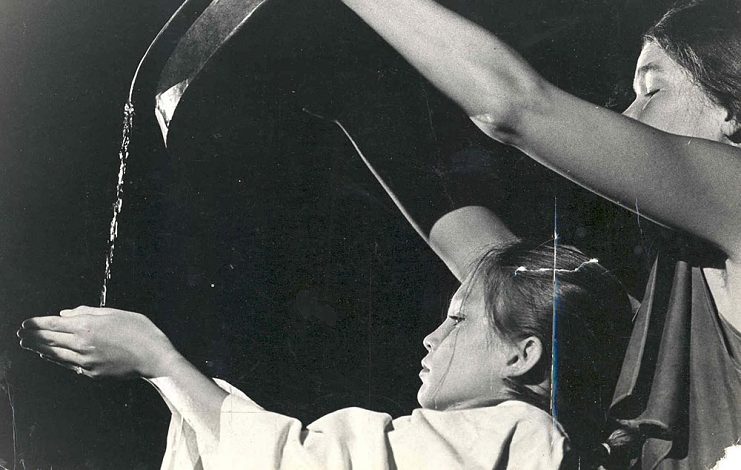 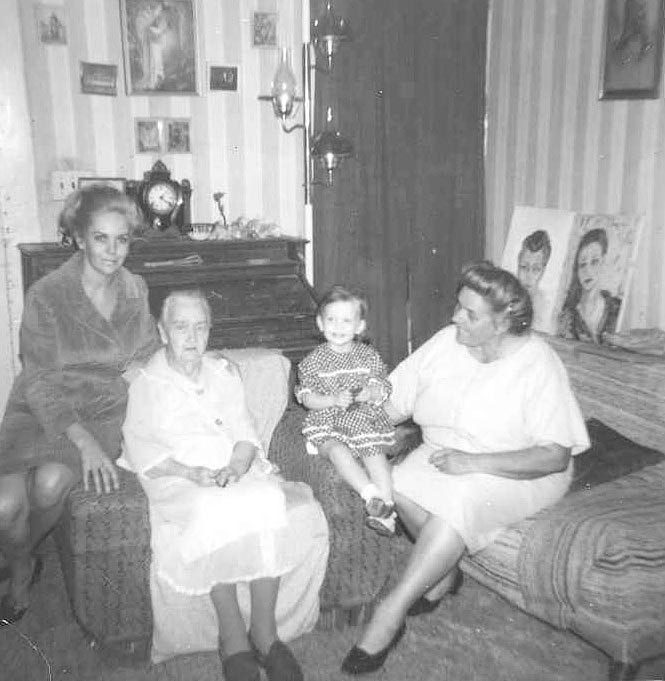 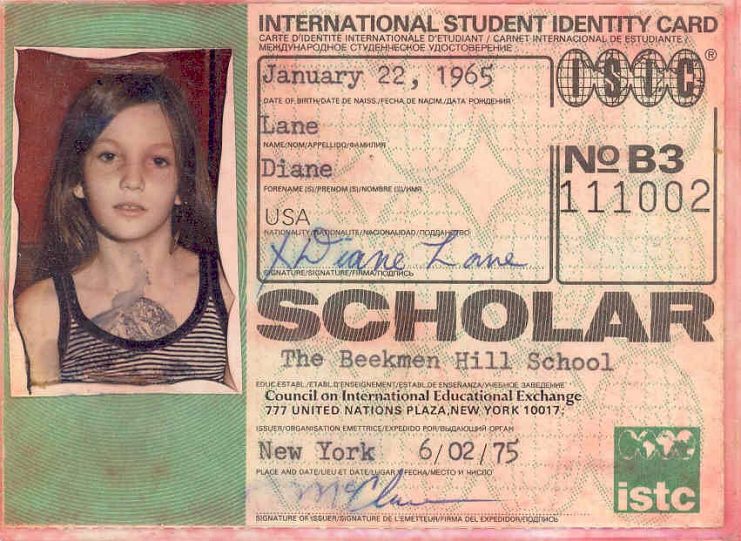 Diane Lane at age two with her mother, Colleen, in California, 1967

On the Cabaret hat, NOW march photo, and Adventures of Superman costume

I got to work with the beautiful soul Joel Grey, when he played the iconic role of Firs in our production of The Cherry Orchard from 2016. I got ahold of his book and made sure I read it while we were working together, out of respect and curiosity. And his journey was extraordinarily sweet.

Judith Light is lending her courage and her fame to the cause. I love that she did that, and it must have healed her as much as those around her. It is good to be reminded that she was willing to be in the trenches for that fight.

There have been many iterations of Superman, but to me he is the original gangster. Superman! George Reeves! I really enjoyed participating in the story of George Reeves. It was wonderful to see the insecurity and vulnerability and a little humiliation that goes into portraying anything that steroidal.