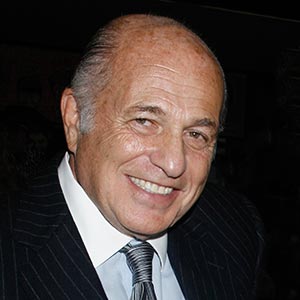 “There’s nothing music doesn’t do.”

“I was always affected by music.”

I grew up in Woodmere, Long Island. My father was a lawyer, my mother a ballet teacher, and my brother a scientist. I didn’t have a profession. I had a love affair with music. Growing up on Long Island, I started playing piano and writing songs. Contemporary music of the day [was] songs by Chuck Berry, Elvis Presley, Fats Domino, etc. (basically a four-chord progression). I really didn’t play piano well. I played chords and I would put a top line over the music.

While still in college, I started working for a publishing company, Leeds Music. Lou Levy hired me to write songs for $25 a week. He introduced me to a well-known A&R executive, Jim Fogelson, who signed me to Epic Records. The next thing I knew, I was in Nashville making a record with the Jordanaires. Forty years later, a friend bought my record on eBay for $5. Later in my career, I oversaw Epic Records.

After graduating college and serving two years overseas in the military police, I took a job as a songwriter with Robert Mellin Publishing. I’d write songs and take them to recording companies to see if anyone would record them. I went to this small label, Laurie Records who had a few big artists including Dion and the Belmonts, The Chiffons, Gary U.S. Bonds. I would present songs to them. One day the boss asked me to join Laurie Records, and work for them in A&R (Artist and Repertoire). That’s exactly what I wanted. The first day I was there, the boss said, “Will you pick up my laundry and get me my lunch?” What a downer, but if I had gotten angry and left, right then and there, I might have blown a career in music. A life lesson.

“I really learned the essence of the record business.”

Two years into the job, I signed a group called The Music Explosion. One day I was standing behind the sales manager, and among the tens of thousands of orders coming in I noticed a 300-piece order for “Little Bit O’Soul” by The Music Explosion. Laurie Records numbered their songs and “Little Bit O’Soul” was Laurie 3380. I asked the salesman, “What’s that about?” and he said, “Oh, it’s nothing, look at these big orders, 3380 is only 300 pieces.”

I went back to my office, and I found the distributor who had ordered it, which was Schwartz Brothers in Baltimore.  They told me two stores in Cumberland, Maryland, had ordered a hundred pieces. I called the stores, and they said there were over a hundred kids in the store last weekend looking for it. I asked, “How did they know about it?” The clerk said “It’s being played on our local station, WCUM. I called WCUM and spoke to the music director, Jeff Henderson, and he said, “Yes, It’s no.1 in requests.” “Little Bit O’Soul” spread out of Cumberland and went all the way to no. 2 in the country. It sold a couple of million records. This experience was probably the most important moment in my career. By doing this exercise, I really learned the essence of the record business.

Shortly after, I wrote and produced “Sweet Talkin’ Guy” for the Chiffons. I felt that if I could do this for Laurie Records, I could do it for myself. I left Laurie, and with my partner, Dick Vanderbilt, started Big Tree Records. One of our first records was called, “Me and You and a Dog Named Boo” by Lobo. The record started selling all over the world. Other big hits were “Smokin’ in the Boys Room” by Brownsville Station, “You Sexy Thing” by Hot Chocolate, and “I’d Really Love to See You Tonight” by England Dan & John Ford Coley. Laurie 3380 had led me into my own business.

On meeting a mentor

After “Smokin’ in the Boys Room” went to no. 1, I received a call from a famous record executive; a Turkish gentleman named Ahmet Ertegun. He said, “I want to buy your company.” So, he bought Big Tree and made me the head of Atco Records, an Atlantic sub-company. Ahmet was one-of-a-kind and I was lucky to have him as a teacher.

I went over to Atlantic, I knew I had to get out of just promoting songs. I had to get into a different business where it was about the artist. It was much more important to be involved with a project like Marvin Gaye’s, What’s Going On than a little pop song. I wanted to sign artists that reflected the culture. For me artists like Bob Dylan personified the music I admired.

I certainly wasn’t involved in rap music. I certainly didn’t understand it. The first time I heard a real rap record was a track by an artist called, The D.O.C. Sylvia Rhone, an African American executive, played me this track by The D.O.C. and she said, “Look, all these small labels are putting out rap records and they’re in tremendous demand.” We were at Atlantic, a major label. She said, “If the indie labels are putting rap out, why shouldn’t we?” I asked, “Does it offend you?” and she said, “No, that’s what’s going on in today’s culture.”

Next, I got involved in signing 2 Live Crew, which was a group down in Miami. One reason I signed them was because they had been arrested selling their music to a store because people thought it was obscene and vulgar. It was, but I didn’t think anyone should stop them from selling their music. In my own family, it was hard to defend the lyrics, but if you’re going to believe in freedom of speech, you believe in freedom of speech.

When I was at Universal Music Group, I was really annoyed because iPods were filled with music stolen off the Internet. The only way Apple could get legitimate content was by licensing the music from the labels. Record companies were terrified of that because suddenly you didn’t have to buy an album. You could buy a single, and no record company wanted that.

Steve Jobs came to see me because I was the CEO of Universal, which is the biggest music company. He had already secured the music from EMI, but he knew without our music he could not have a successful download business. He came in and I knew he was special. He explained his vision to me: Music went straight from the iTunes store – to the consumer – to the iPod. It was one complete thought. It stunned me with its simplicity. I got tremendous pushback from a lot of people in the company, but I felt that it was better than the piracy that was going on. If Steve could do it where we were all compensated correctly, I knew it would work out. Apple did it, and the rest is history.

For artists today, the technology is incredible. They can put their music up on SoundCloud and have people hear it. They can collect the money without a record company. Will there be a need for record companies in the future? My own opinion is there will be a different kind of record company, one that specializes in services (marketing, promotion, publicity, etc.).

After leaving Universal, I was fortunate enough to be asked by Sir Howard Stringer to run Sony Music, which has an amazing roster of talent. I entered Sony at a strange time in the history of the company. It was a partnership between BMG, a German company, and Sony, a Japanese company, and for whatever reason, the chemistry didn’t work. The first job was to create a cohesive culture. It’s always been my philosophy to treat people great, pay them well, and never cause them a sleepless night. The culture comes from the head of the fish. The people who didn’t fit were quickly removed. In a very brief time, there was a feeling of harmony and compatibility. Those seven years at Sony seemed like a comfortable way to finish my career.

When I retired at 79, I thought it was over. It was depressing. I wasn’t ready to step down. I thought with streaming the industry might be more important than ever, so I decided to start a new company. I founded 12Tone, an independent label. It’s not easy to give up what you love.

On the power of music

If you really think about music and what it does to people, there’s almost nothing it can’t do. It’s incredible. Music makes people want to dance, it makes people remember things—past romances, past tragedies. It affects almost every part of a person’s life.

Today music is even more interesting because the world is being drawn closer and closer by technology. If you listen to songs, they’re influenced from all different cultures. I think the music industry is going to become much more exciting than it ever has been because it has all these diverse flavors—all the rhythms and melodies from different cultures mashed together.

How lucky am I to have such an amazing life in music! 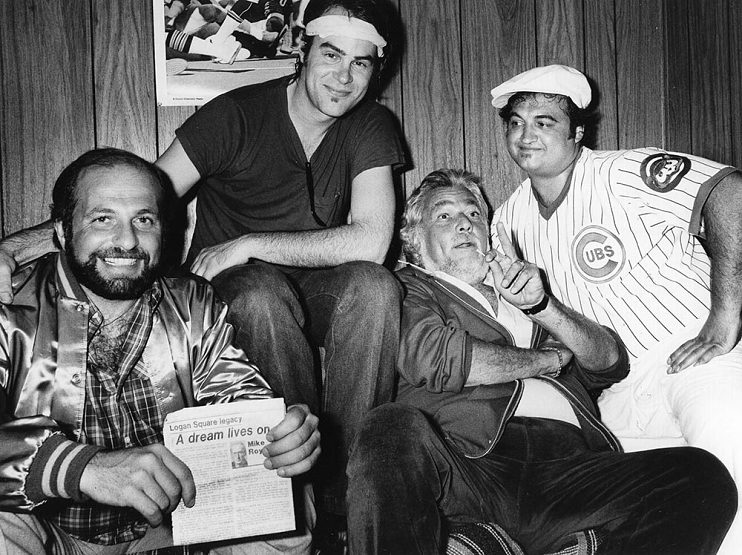 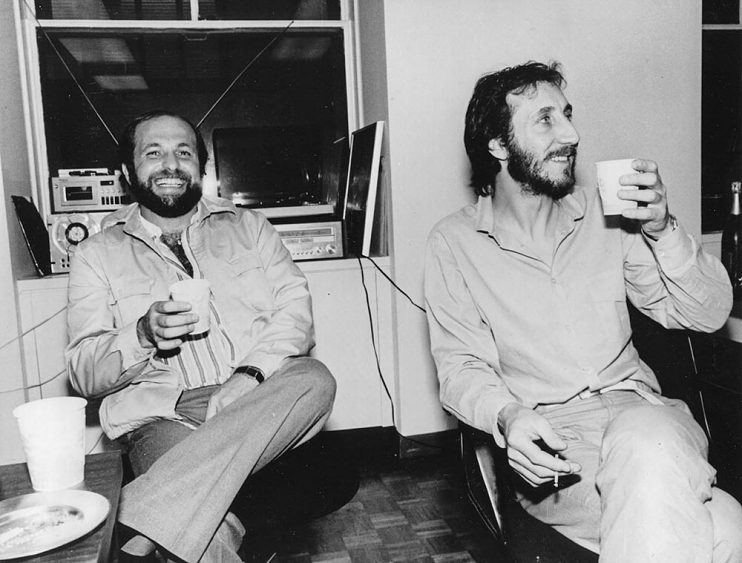 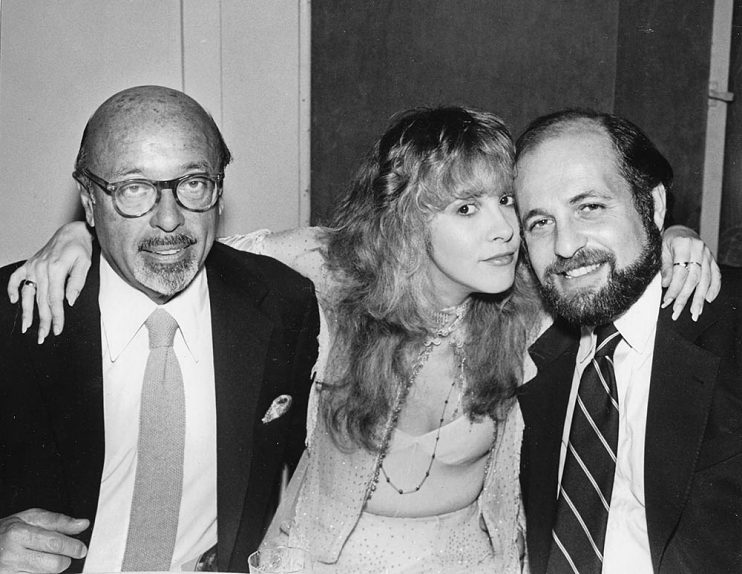 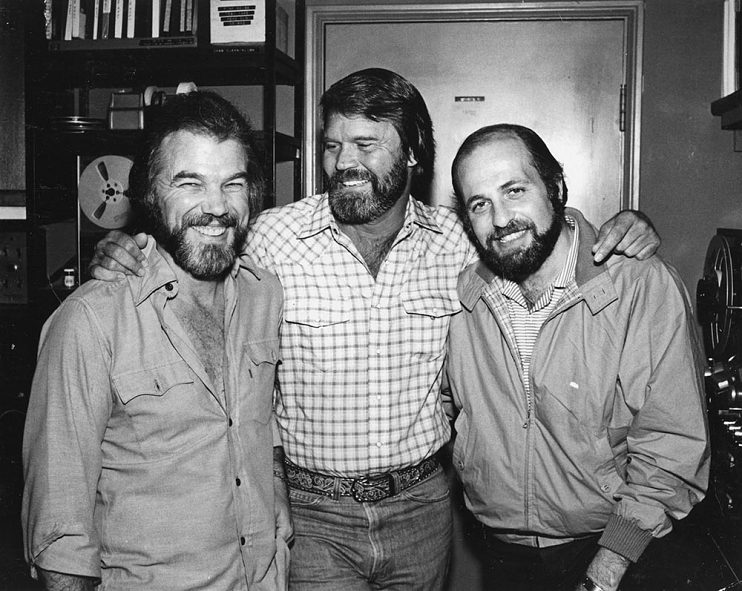 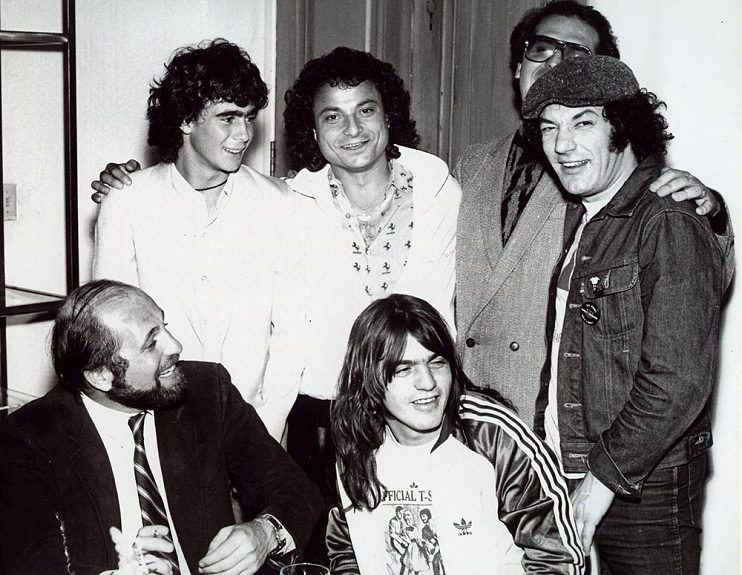 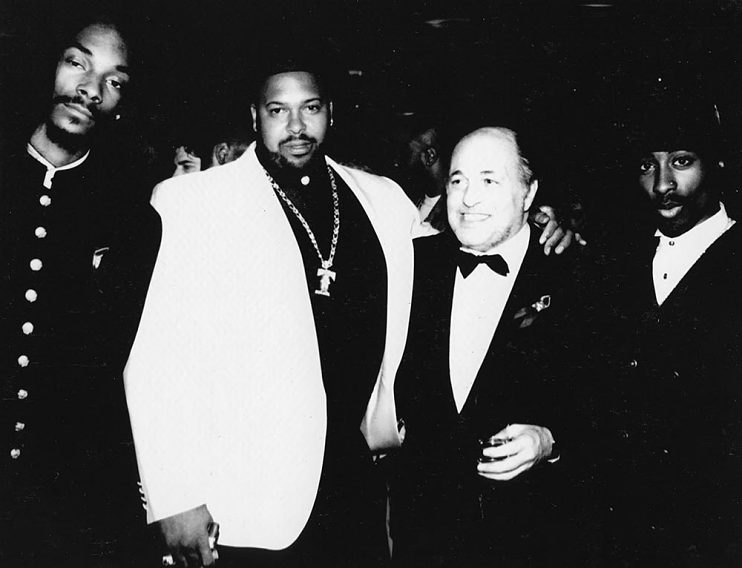 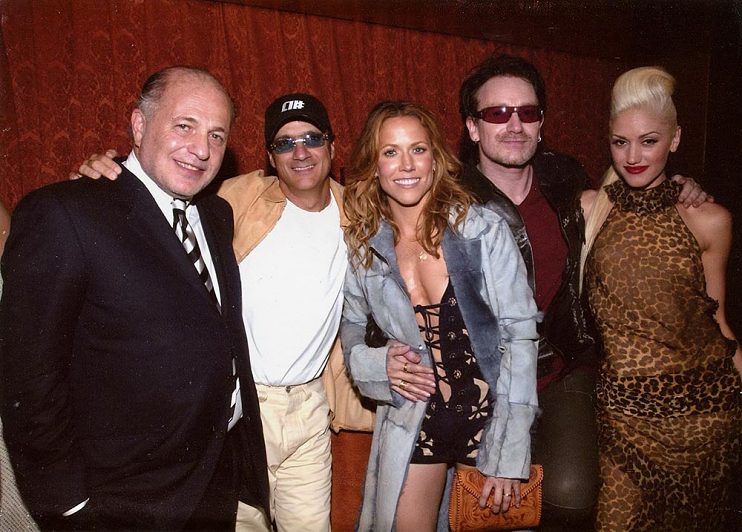 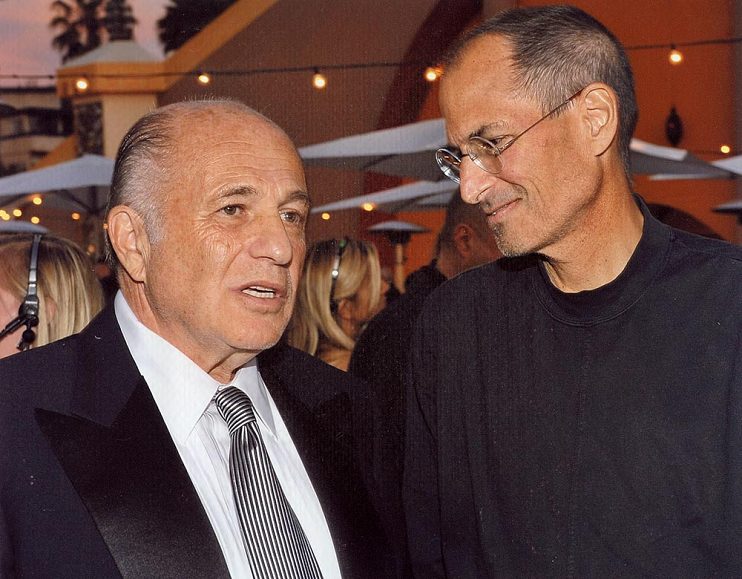 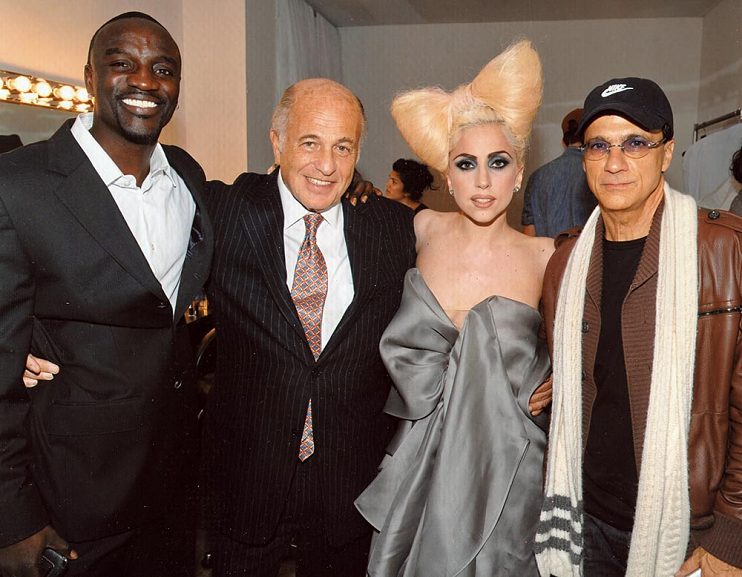 « prev next »
‹ Leslie Moonves up Katie and Mauricio Mota ›