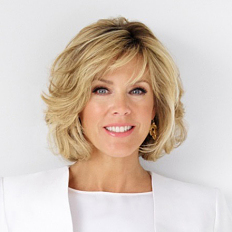 Deborah Norville
Anchor of Inside Edition

This reminds me of my first hectic day in broadcasting!  I had just finished my first year of college, and I had a job working at an automated FM radio station in Chatsworth, Georgia, WQMT-FM. Automated radio station meant that there were no DJs. They had giant reel-to-reel tapes that were purchased or rented from the content provider. My job at the station was to put the tapes on the machines, to write and record commercials for in between when the songs played, and to do the weather check.

On August 16, 1977, Elvis Presley died. We did not have a single Elvis song in the building. All we had were these reel-to-reel tapes. So we scrambled; we called anybody we knew that had Elvis records. We borrowed their records, dubbed off each one of the Elvis songs, put them on individual cassettes, and plunked them into the machines. The phones were going crazy. There were people calling, bereft over the death of Elvis Presley. I remember there was one woman sobbing, “Can you play ‘Teddy Bear’?” her voice breaking up with emotion. She, literally, was in tears.

What that said to me was during times of emotional upheaval, during times of fear, change, loss, your radio station and your television station are very important touchstones. I didn’t even have a career yet; I was still in college, but I realized for the first time the connection we, as broadcasters, have with our audience.

Once I got into my career, I saw how deep and real that was. Elvis Presley was invited into people’s homes. You bought his records with your hard-earned cash. You spent your free time putting it on your record player and listening, probably dancing, maybe singing along. You chose to spend your time with Elvis. 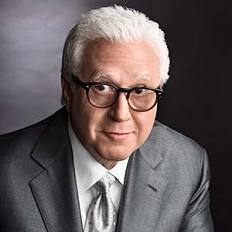 One of my dear friends, Chris Beard, produced Elvis’ black-leather-jacket special. I’ve heard many stories about that special. One of my favorite Elvis songs is “Return to Sender.” I don’t know why, it just tickles me. I lost my voice. I used to have a really terrific range in my voice, but my voice went; however, I sang at my wedding 11 years ago, and I practiced and practiced and practiced. We started out with a 10-piece orchestra, and, as I kept getting a little bit better, we wound up with a 22-piece orchestra and singers. I said, “If I'm going to do it, I might as well do it right.”