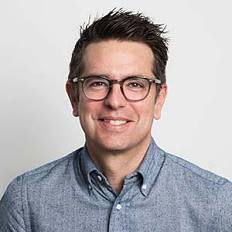 The Fender bass is a holy instrument. Nothing comes close in terms of the adoption of a particular instrument amongst people who play it. With guitars there are options like Gibson’s Les Paul or SG, Fender’s Stratocaster or Telecaster. With bass, you either play a Fender bass or you don’t play a Fender bass. Fender bass is one of the great American inventions. I’ve had the same one since 1985, and it’s the only bass I’ve ever played, and most people will tell you the same version of that story. I was 15 when I bought it. It’s called a Precision Elite, and it’s weird. It has active pickups instead of passive pickups and it has four pickups instead of two. They only made them in 1985 and 1986. It has a growl to it and a particular way it resonates. I think it cost me a few hundred bucks. I probably bought it at a Manny’s or Sam Ash on 48th Street. It’s really one of the greatest single musical inventions of all time. 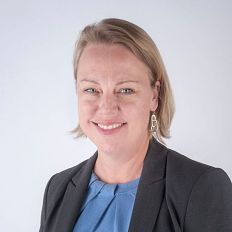 Monica Smith
Head of Exhibitions and Interpretation, Jerome and Dorothy Lemelson Center for the Study of Invention and Innovation

Regardless of the invention debate, it is clear that former radio repairman Leo Fender was the first to mass-produce and sell a successful solid-body, Spanish-style electric guitar. His company’s simply constructed 1950 Fender Broadcaster (renamed Telecaster as the result of a trademark dispute), with its flat body and a neck bolted onto it, was initially derided by competitors as too simple and lacking in craftsmanship. Gibson’s president Ted McCarty dismissed it as a “plank guitar.” Yet everything about its patented, practical design was optimal for mass-producing an inexpensive solid-body guitar, earning Fender the moniker “the Henry Ford of the electric guitar.”