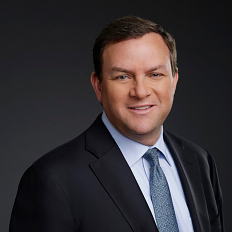 The USA hockey jersey that Bill Baker wore in 1980 has a lot of memories for me, as I took a couple weeks off in high school to work as a waiter at the Lake Placid Olympics. That is the first Olympics I ever went to. I was a 16-year-old waiter in a hotel, and the incredible atmosphere of the Olympic Games has stayed with me. Now that I’m very involved, it really has grown within me, and I try to pass it along in an infectious way to as many people as I can.

The USA hockey team obviously went on this historic run, and so I have a couple of tales around that. One was, I didn’t get a chance to go. I went to one game, but it was an earlier game. I didn’t get the chance to go to the iconic USA-Russia hockey game, because we were setting up for dinner service. The game was at five o’clock, I believe, and it wasn’t live on TV.  Most people don’t realize that, but it was live on radio, so we were setting tables and pouring waters while our guests were all at the game. We were listening to the radio, and I just remember the extraordinary emotion and excitement of it. I grew up playing hockey, so I loved hockey. For me, that was really exciting that a group of college kids could take on the best teams in the world.

Fast-forward to maybe 10 years ago, and the gentleman who, on TV, made the iconic call. Al Michaels works with us and is our Sunday Night Football play-by-play announcer. Talking to him about that is really a lot of fun. He has done lots of great things, called many Super Bowls and many big events, but it’s probably the thing he is most known for. When we were in Minneapolis two years ago for the Super Bowl, he and I were having a cup of coffee in the hotel, and a group of men and women came into the restaurant and noticed him. He is very gracious. They asked him questions, and one woman asked him if he would “make the call.” He went back and did about 45 seconds of the “Do you believe in miracles?!” It was bone-chilling then, just like it is when you watch it on video. 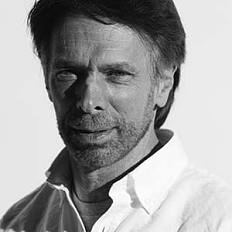 Well, it’s of course the jersey for the 1980 United States men’s hockey team, which I think is a great story because we were underdogs and won the Olympics.

A bunch of young ice hockey players who thought they could never accomplish anything went out and beat the favorites. I was watching the game on television, and it was a great moment. The grace and the speed of those young American players, part ballet dancers and part violent. It’s difficult to play ice hockey because you’re on less than a quarter of an inch blade, and moving at 30 miles per hour. It’s a really skilled sport, as tough as football. Basketball players are at least still in shoes, which is much easier than being on a blade! 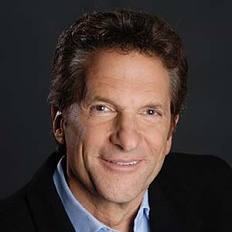 I did see the Miracle on Ice. I’m a hockey player too. The impact that had on me was that anything is possible. It may not be probable, that’s possible, and we have to function as if we’re going to be successful. Because real success lies in that risk and in believing that serendipity is our birthright, miracle is our birthright. This jersey is more emotional. I actually saw that. So it’s an artifice, artifact that reminds me of my experience seeing it, rather than somebody telling me about it. I actually saw it. I remember them throwing the sticks in the air. I remember it was at Lake Placid. I remember seeing it on television, and I remember realizing the day later that it was the most widely viewed sporting event in the history of television at that time. It had an impact. That was more than just a game, it was the sense of feeling proud. It was a sense of being part of something unusual, the unexpected [sense of] being part of the Miracle. 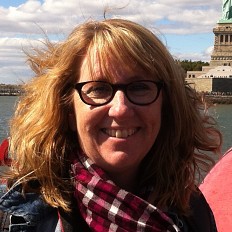 The Miracle on Ice hockey game was a big deal at my house. My dad, brothers, and I were not that into hockey but there was something about the atmosphere around those Lake Placid games that made you want to watch. It could have been the volatile political climate or the socio-economic plight America found itself in, although as a 16-year-old I wasn’t worried about any of that stuff. Team USA was the underdogs, for once, but somehow we knew those college hockey players were going to beat the more professional Russian team – I’m not sure how but we knew. Once Team USA had scored the go-ahead goal, we paced the living room waiting for what seemed the longest 10 minutes in Olympic history. When that buzzer sounded we went crazy, setting off fireworks, scaring the dog and the neighbors. That game and our celebration is forever etched in my mind as a really wonderful memory – one of the greatest facets of sports.