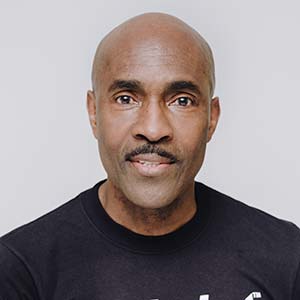 Homer Hans Bryant, creative director of the Chicago Multi-Cultural Dance Center (CMDC) and former principal dancer with the Dance Theatre of Harlem; excerpted from an interview with the National Museum of American History, December 28, 2017.

On growing up in St. Thomas and discovering dance

I grew up in St. Thomas, Virgin Islands. It is a very small island in the Caribbean, owned by the United States since 1917. My grandfather Edgar Steel was a carpenter. He was the only coffin maker on the island. So every day after school, all the young men would have to go to my grandfather’s shop to learn the trade. And every time that we wanted to take a nap, my brother and I, we would go in the coffin and lay back and say, “This is perfect, Grandpa! This one fits!”

My grandparents had 18 kids. So it was truly a village, not only my immediate family but with all the neighbors. My grandparents lived on top of a hill, so when we would visit, every little old lady along that path would know who you were and who your grandparents were, and you could not misbehave. I have a brother and two sisters, and my mom was a single mom. She was a cook at a school facility, and she would work in the afternoon at three or four different restaurants. She was a very hardworking mom.

We had a black-and-white TV in St. Thomas, and when I would see Fred Astaire and Ginger Rogers and Gene Kelly in different movies, I would start dancing around the house. I had this passion for movement. When I got to the eighth grade, my friend and I would stop at a dance school on the way to basketball practice and watch the girls through the window. After a couple of months of doing that, the teacher came outside and said she was going to call the police. I said, “But I really want to dance!”

By the time I got to ninth grade, I was on a full [dance] scholarship with our teacher, Mrs. Miles. Then in the 10th grade, the nun put a note on the bulletin board of my Catholic school: “No more classes at Studio 5 until further notice,” and I said, “What do you mean? I have to go there. I’m on scholarship.” “No, Homer, Mrs. Miles died last night.” But before this happened, Mrs. Miles had arranged for me to go to Lee, Massachusetts, to Jacob’s Pillow on a scholarship from the Virgin Islands Council on the Arts.

Jacob’s Pillow was run by Ted Shawn and Ruth St. Denis. It was just unbelievable how these male dancers could fly and jump and spin, and all of a sudden I realized I had been wasting a couple of years not really pushing the classical ballet part of my love for dance. When it was over, I told my mama, “I can’t go back to St. Thomas.” So she arranged for me to stay with my family in Brooklyn, New York. I was dancing for Mrs. Miles. I was doing it for my island. I was doing it for my family. I was doing it for my people. I was doing it because I had so much passion for it.

Arthur Mitchell was born and raised in Harlem. Upon the death of Dr. King in ’68, he was on a plane going to Brazil to help start a [black ballet] company. Then he said to himself, Why am I doing this? I should be doing something in Harlem. That is when he started the Dance Theatre of Harlem, and he started pulling kids off the street. A year later, I showed up.

One day at Dance Theatre of Harlem, Mr. Mitchell was looking at the girl dancers, and they had on pink tights. He said, “No, there is something really wrong here. Your tights need to match your face and your arms.” So he went out and got the Rit dye and the tea and started dipping the tights to match. And we have all kinds of tights now in skin tone, flesh color. So when I started my own school, and the girls came in in pink tights, I said, “You know, it would be nice if you start matching your face to your arms and your legs.” It is important because it is empowering. If I had a company, the white girls would be in white, the brown girls would be brown. The pink girls would be in pink. The yellow girls would be in yellow.

“Dance is brain organization at its highest level”

Dance keeps me alive! It stimulates my mind. Dance is brain organization at its highest level. Dance moves you somewhere internally, it gives you a feeling of euphoria or sadness or happiness. And it connects with something within your being. I have had women come in here for a floor class and cry because some kind of movement viscerally goes haywire or connects to what they’re doing, whether it’s spiritual, mental or physical, and they start to cry. This happens in dance, and it is how it should be.

On performing in The Wiz and Timbuktu! with Eartha Kitt

I love The Wizard of Oz! I was in The Wiz in 1978. It is about the yearning to be where you came from. It is about being comfortable around your people. I went down to St. Thomas last November [2016] with 21 of my dancers. It was so good to go back home!

I was in Timbuktu! with Eartha Kitt. Wow! I danced on Broadway, and then we went on the road and finished at the Pantages Theatre in L.A. I performed the Bird [in] Paradise role. I had these big white feathers with this little loincloth, and it was beautiful. Eartha Kitt was famous for standing in the wings with her arms crossed. The cast said, “If she doesn’t like you, you’re not going to be in this role for very long!” One afternoon the stage manager called me, “Mr. Bryant to Miss Kitt’s room. Mr. Bryant to Miss Kitt’s room.” I was petrified. I walked in and she said, “Mmm, I like you. Very good.” And then she started coaching me.

After Timbuktu! closed, and Eartha Kitt was going on her European tour, my wife and I moved to Chicago and I was in The Evolution of the Blues for a year. In the daytime, I would take classes at Chicago City Ballet with Maria Tallchief, one of the four Balanchine wives! When the show closed, I was invited to join Chicago City Ballet.

“Don’t ever tell me anything hurts, say it’s slightly uncomfortable”

My daughter, Alexandra, was born with cerebral palsy, and she never walked or talked. They told us she would be dead at five; she lived to be 28. So I went back to school for massage therapy and kinesiology to get to know the body structure. I started pulling away from performing to take care of Alexandra. Maria Tallchief offered me to teach, and I developed a following. So that’s when I decided, Okay, I need to do my own thing.

I would bring Alexandra to the studio, and she would sit in her wheelchair and move her little fingers. I would say to the students, “Do you see? There is a dancer inside of her. Don’t ever tell me anything hurts, say it’s slightly uncomfortable.” To this day, they walk in here and say, “It’s slightly uncomfortable.” Get used to it because life is going to be like that.

Men who dance have better agility

Athletes like Herschel Walker and Willie Gault used to come to Maria Tallchief to take some classes. We have trained basketball players and football players. If you teach dance to more athletes, you will have more coordination and flexibility. Less injury. It is injury prevention.

At Dance Theatre of Harlem, Mr. Mitchell would jazz up the combinations. He would have the piano play some jazz. He would have some conga drums in there. When I started my school, I started rapping everything, like “The ballet put your body in touch with your mind, and the rap beat keeps you stepping in time.” I could do the whole barre in rap. Then I would slow down the music and make it jazzy, so all that Mr. Mitchell stuff was still in me. Rap Ballet started in the 1990s.

In 2005, UniverSoul Circus, the African American circus, came to me, and they wanted one of my girls to do rap for the circus, and they would teach her aerial. They had a black girl playing Eminem’s violent piece “Lose Yourself” on the violin. I thought, I can’t call this rap anymore. What are we going to call this, ballet and hip-hop? Hiplet! In 2009, I got the trademark on the word “hiplet.”

Hiplet is important. It is Afro-centric. So we are pulling from your urban communities, and we put in the jazz and the Latin, but we stick to the classical ballet discipline. We have been to Germany, Seoul, South Korea, France, Spain, and the Virgin Islands, New York and California a dozen times. It’s just amazing what has happened. A lot of normal people have been deterred from dancing because they were a little too big, a little too busty. Hiplet ballerinas look like normal people.

I have coals in the fire. I’m going to keep making a difference. That’s what I like to do. I like to see the sparkle in these kids’ eyes when they go onstage and they are believers in their ability. It’s not just about dance. It’s about their schoolwork. It’s about getting along with other kids in the world. So dance brings all that out. We make a few good dances, but on the whole we are making better human beings through the discipline of dance. And that’s what the world needs. 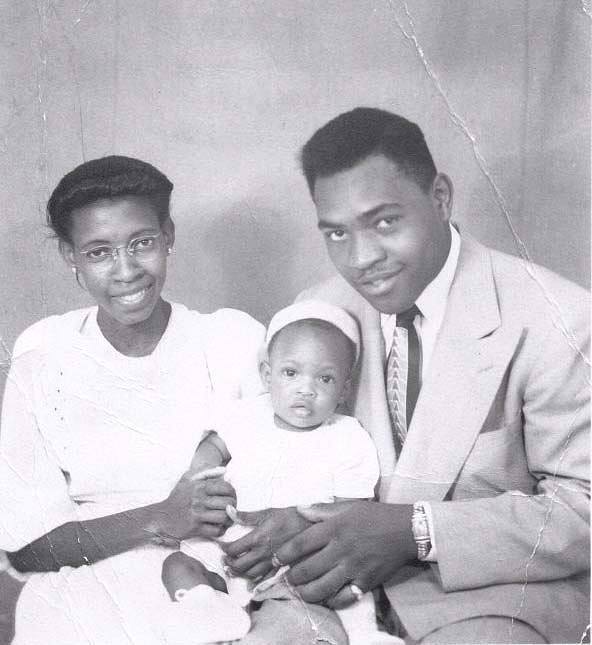 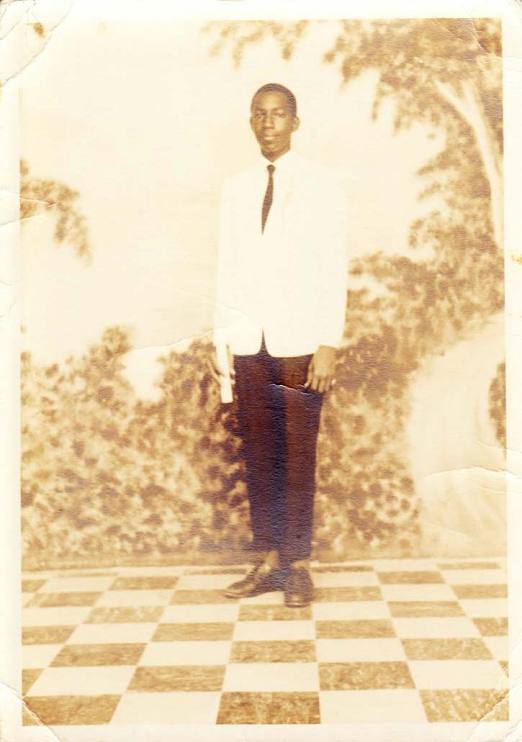 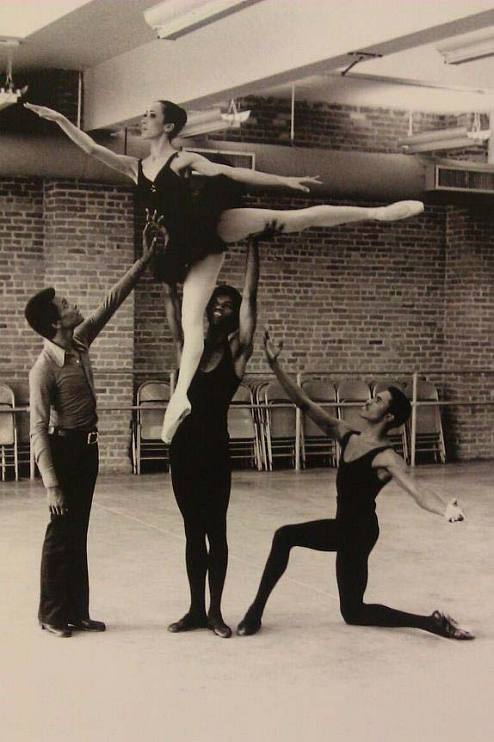 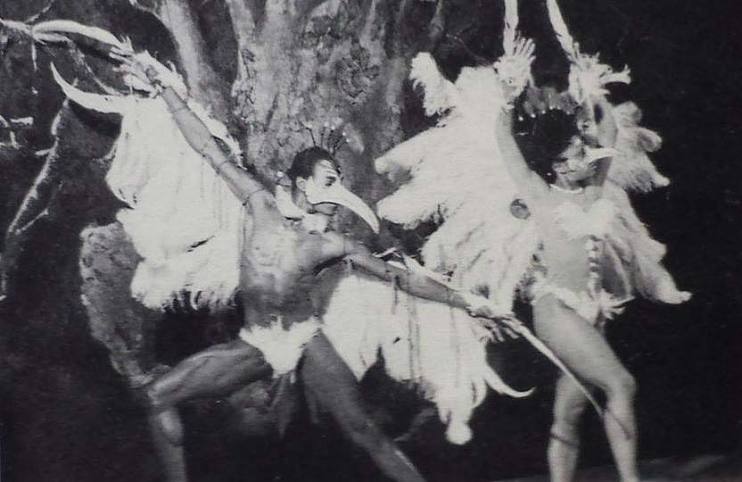 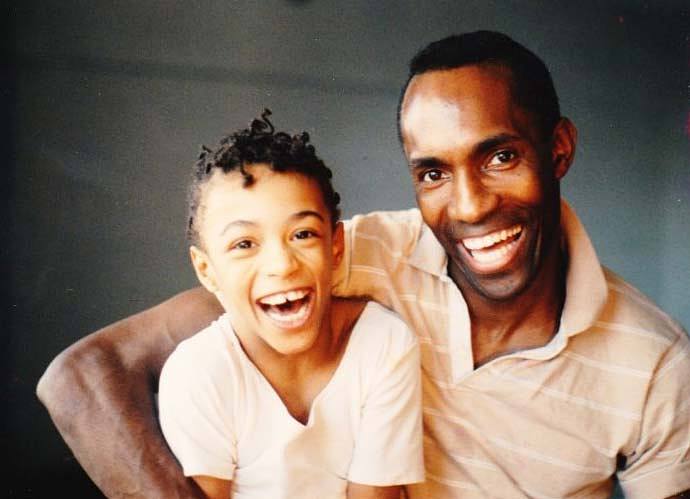 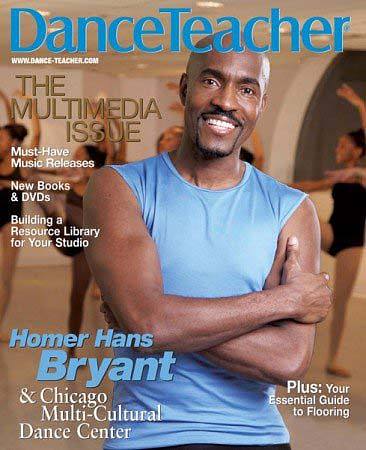 Misty Copeland didn’t fit the classical ballet mold. Thank God for the gentleman that decided to make her a principal dancer because she has vision. It needs to happen with a couple more African Americans, but she is paving the way. When she was here doing her book signing, hundreds of kids were waiting to get her autograph, calling “Thank you, Misty Copeland! Thank you! Thank you! Thank you!”

Raven Wilkinson had to put on lighter makeup to get by. And there is Carmen de Lavallade, who just got a Kennedy Center [Honor] the other night. Those people paved the way for the Misty Copelands of today.