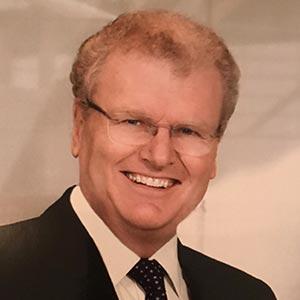 “One of the reasons I came to America was to experience the mythology and the reality of American culture.”

A childhood on the move

I grew up with my father on Royal Air Force bases in England. I lived in eight different places in England and Wales. That gave me a different kind of perspective, meeting so many different kinds of people and experiencing different types of entertainment. I saw countless Westerns and came to know the landscape of America from Monument Valley to the Grand Tetons. The sheer scale of America entranced me. It is not a coincidence that I later became chairman of the American Film Institute. It fortified my kinship with American movies and American culture.

I began my American adventure by writing to all the television networks, looking for any kind of a job. I was told I would not get one without an interview, so I boarded a ship to New York and knocked on a door at CBS. They were shocked I had come so far, but a human resources executive decided if I wanted a job that badly, she would find me one. She did, even though I had no obvious qualifications. I became a researcher in the CBS election unit in 1968, and one thing led to another.

“I could have fled, but my American Dream would have been over.”

Then, to my dismay, I got drafted. It was 1965. The Vietnam War was going badly and the draft rose to half a million, so there was plenty of room for me! I could have fled, but my American dream would have been over. All my fantasies about life in America began to evaporate before my eyes. There was no going back. The thing about the draft, now forgotten, is that it was entrance into a truly open, diverse society—a commingling of races committed to a common purpose. It was a truly democratic, shared experience. It was dangerous, but unforgettable.

On starting a career in documentaries

After surviving Vietnam, I was luckily able to use the experience to get a job back in broadcasting. CBS was preparing a series of interviews with the recently retired President Lyndon B. Johnson. Walter Cronkite was the interviewer, and I helped him. Then I was asked to produce a documentary on the Rockefeller family, also with Walter Cronkite. It was successful enough to win an Emmy. This led me into the documentary unit CBS Reports. I had a full time job!

“I think it was the best job I ever had.”

Dan Rather called me and asked if I would like to produce the CBS Evening News. I said, “If you think I can do it, I will give it a shot!” I think it was the best job I ever had. Working with Dan was rewarding and fun. We became the dominant newscast of the time and top of the ratings. We were top because we collected a team of brilliant writers, reporters, and producers, including Dan Rather and Bill Moyers, all committed to making the broadcast thoughtful, objective, fair, and accurate.

I was the first foreigner to run the news, and then I agreed to run the news division itself, hoping to sustain a similar standard. By this time, I was an American.

“I knew cable was going to be important.”

I remember going to a conference where I was on the stage with other executives, and we were all talking about cable. This would have been in the early ’70s, and they were all saying that it didn't matter. Cable was not a threat. But I knew cable was going to be important.

So I put my hand up and said, “I don't think you should ignore cable.” I think people like variety, and they like different forms of content. If somebody comes along and gives them something else, they'll take it. People aren't going to be content to stay the same. The world is changing, and we had better adapt or die.

I was the first foreigner to run a Japanese company too. I took the job [at Sony] because I wanted to work with Japan. Working at Sony was less about technology than it was about content and culture. Trying to get the Japanese and Americans to communicate was the initial challenge, so that once again the studio and the movies would be good. It was all tied together.

We brought the Blu-ray to the audience, and I'm so proud of that, except it didn't necessarily get you better movies. It gets you better looking movies, but not better movies. Technology is not the end game for me. It's a means to an end, not the end itself. When you're generating great content, that's more interesting and more fun than finding a piece of technology that makes it faster or quicker and more colorful.

“Do it well and then do it better.”

I didn't sit there and plan a career. I never looked into the distance too far. I always say, “Only take a job if you like it. And if you like a job, do it well and then do it better.” Then everything will fall into place at some point. If you don't do the job well, you won't get ahead. 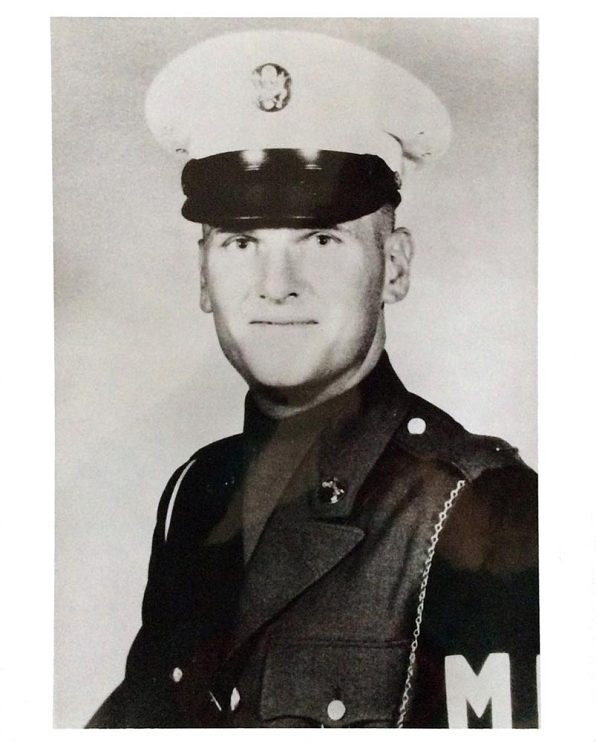 Drafted as a military policeman, 1965 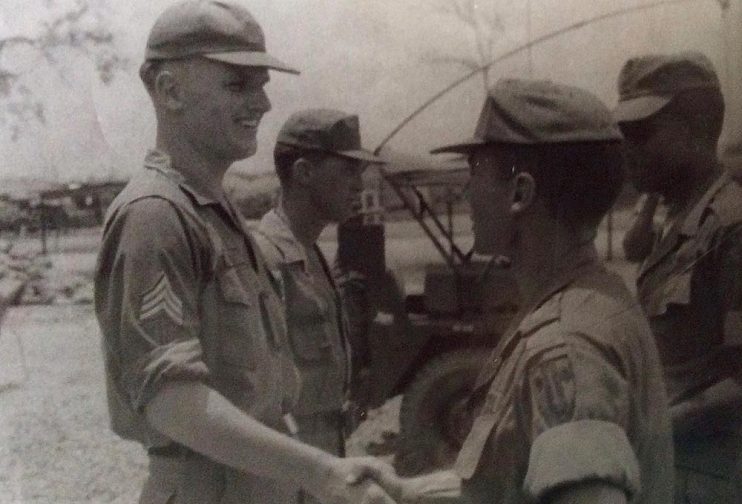 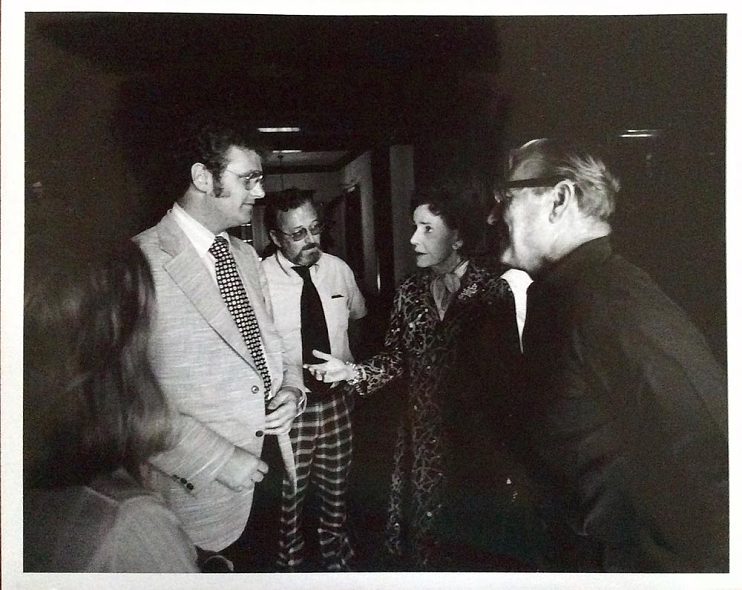 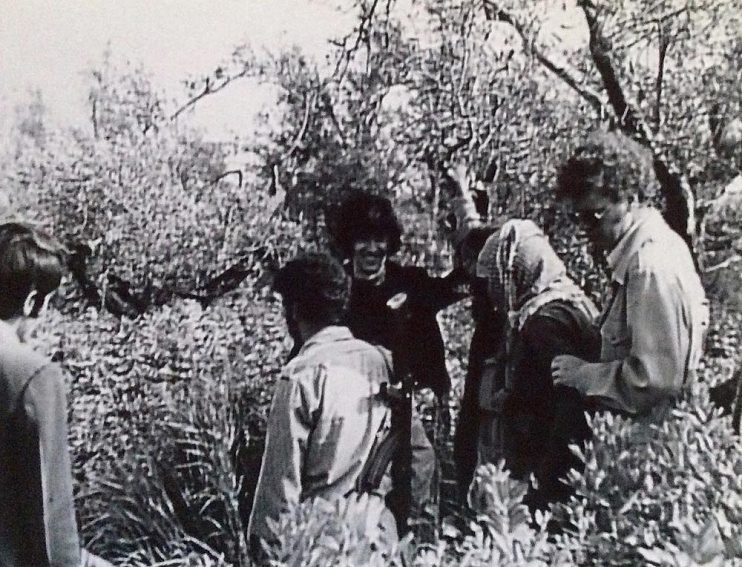 With Popular Front for the Liberation of Palestine (PFLP) members in southern Lebanon, 1974 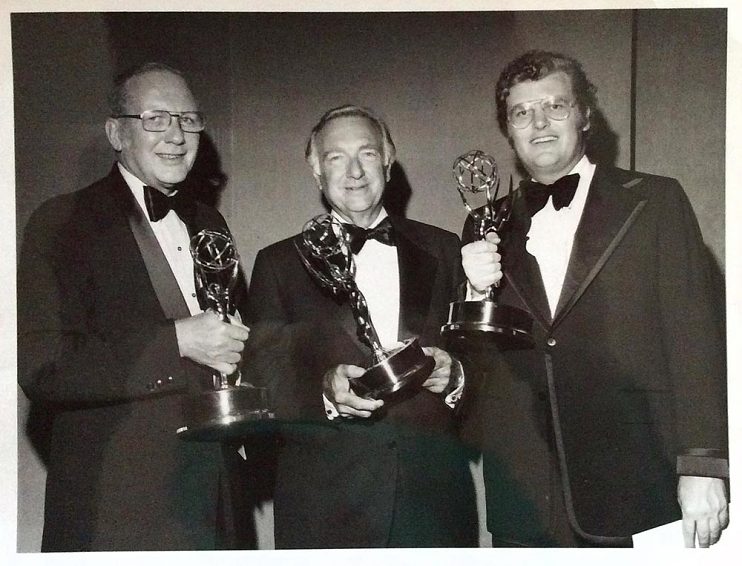 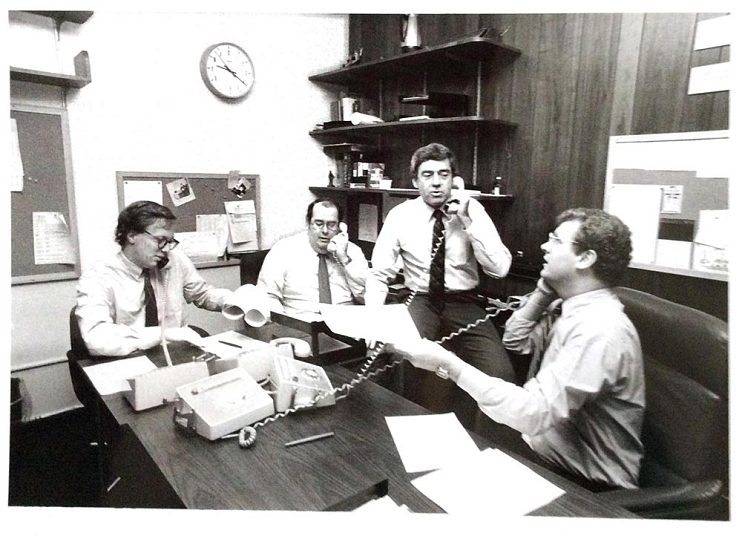 The Fishbowl at CBS News with (left to right) Mark Harrington, Lane Venardos, and Dan Rather 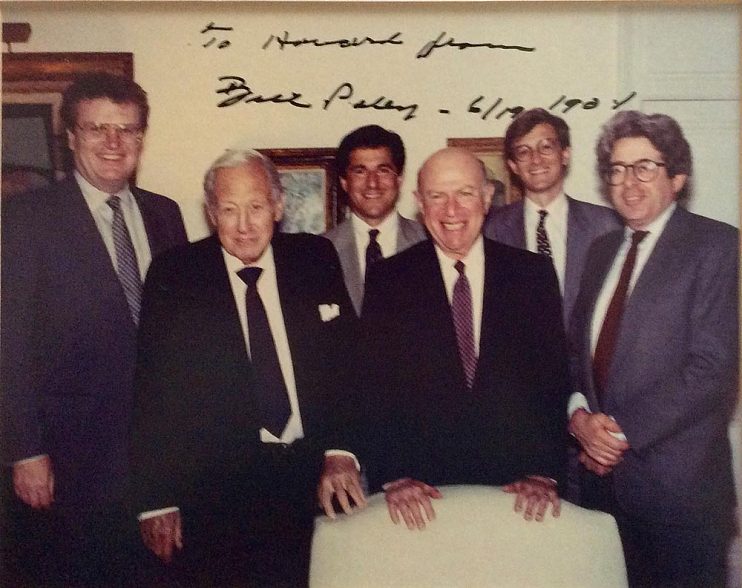 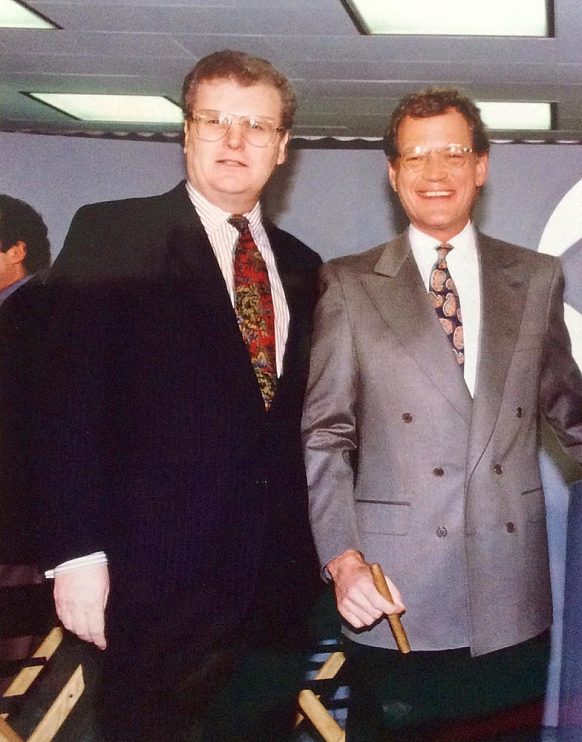 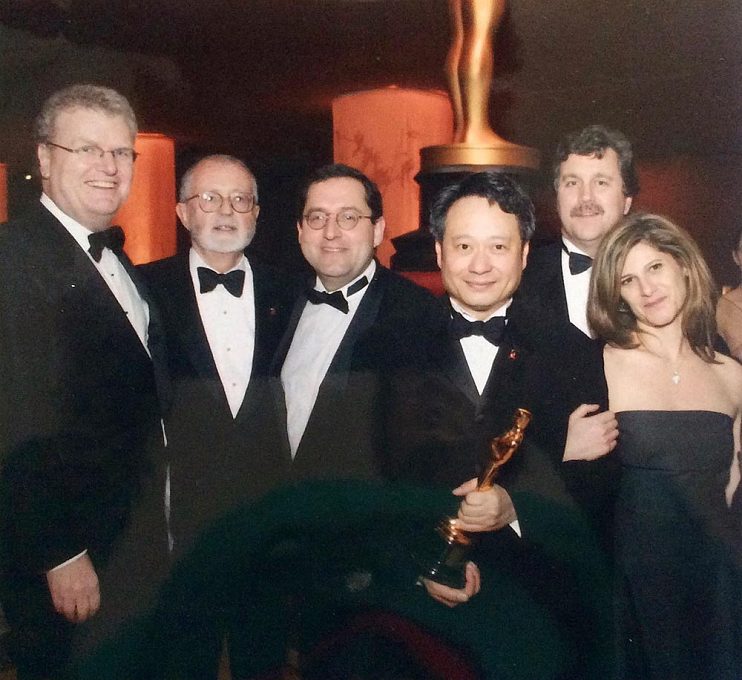 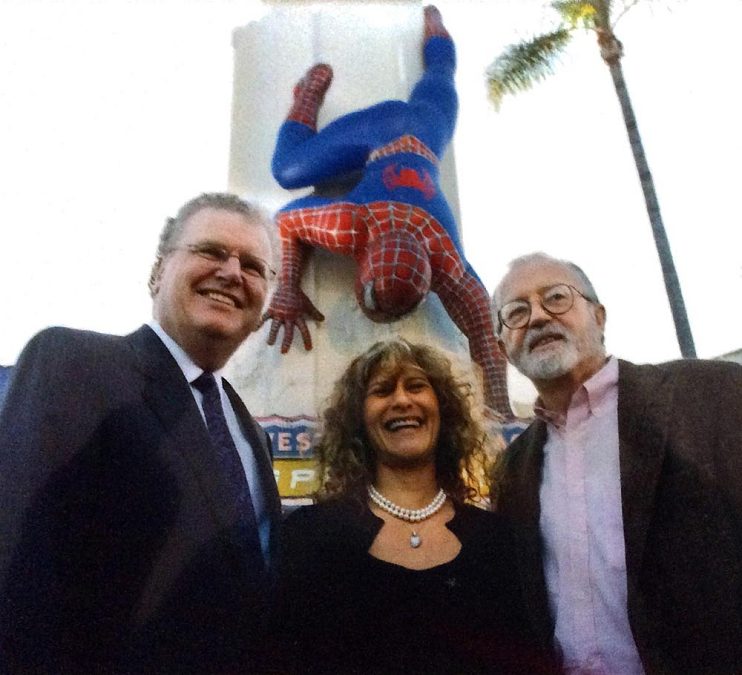 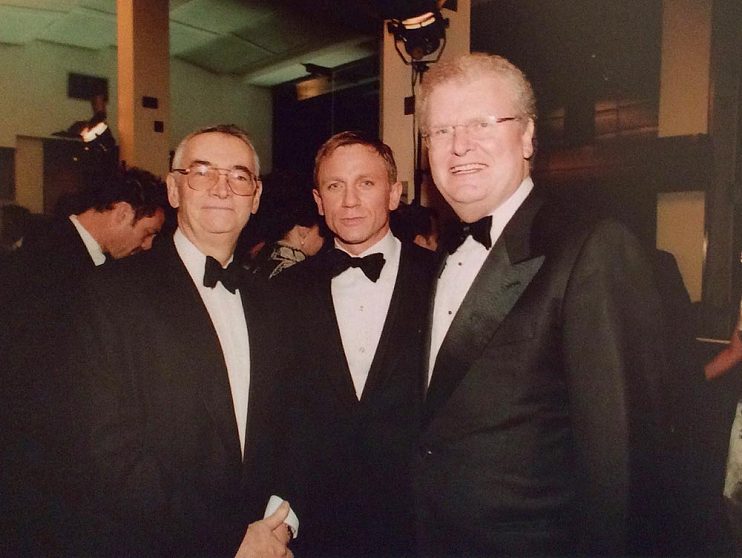 With Michael Wilson (left) and Daniel Craig at the premiere of Casino Royale, 2006

Drafted as a military policeman, 1965

With Popular Front for the Liberation of Palestine (PFLP) members in southern Lebanon, 1974

The Fishbowl at CBS News with (left to right) Mark Harrington, Lane Venardos, and Dan Rather

With Michael Wilson (left) and Daniel Craig at the premiere of Casino Royale, 2006

On the Sony Walkman 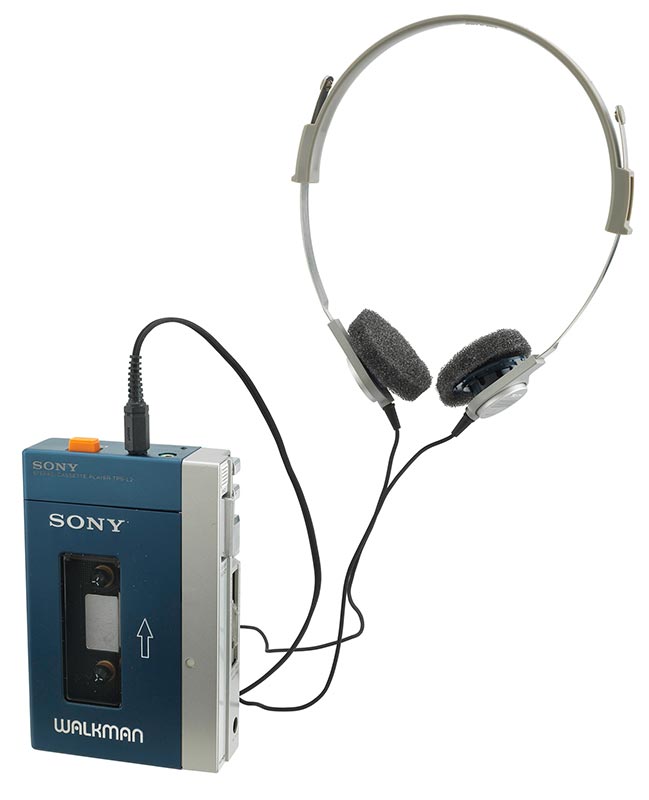 I go to a lot of opera. But for me, the Walkman, the sound quality of the Walkman was superior to anything that came out at the time. I used to listen to La Bohème and all the traditional opera on that, and I thought it was magnificent.