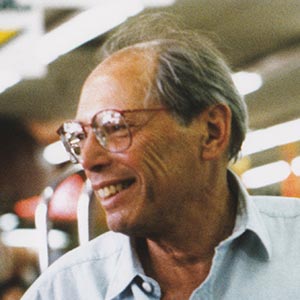 “Films are meaningful if they make you care about the characters. That won’t change, no matter if the script is written on an electric typewriter, a hand typewriter, or a computer.”

Irwin Winkler, producer and director at Winkler Films; excerpted from an interview with the National Museum of American History, February 15, 2019.

Growing up on the boardwalk

I was born in 1931 and grew up in a little community right after Coney Island called Sea Gate. We had the boardwalk and all the amusement parks, and there were two big movie theaters down at the end of the island. On Saturday nights you could see Gone With the Wind and An American in Paris at the theater that played all the great MGM musicals. The other theater showed the Warner Bros. and Paramount gangster films and romances.

My parents were second-generation Americans. My father was in the wholesale silk and woolen business. In those days, silk was dyed in mills in Paterson, New Jersey, and my father was the guy that bought bulks of leftover yards of silk to sell to shops in Manhattan, Brooklyn, and Long Island. His function was to make enough money so that my sister and I could go to college. That was the goal of all immigrant parents.

I went to NYU, where I was a terrible student. So I enlisted in the army during the Korean War. I was in Louisiana most of my service, and then I went back to NYU. I had a professor who introduced me to American literature, and I suddenly found F. Scott Fitzgerald and John Steinbeck and William Faulkner and John Dos Passos. I read a book called A Stone for Danny Fisher by Harold Robbins. In it was an agent and that sounded interesting. But when I interviewed [at MCA], I had no idea what an agent did, other than what Harold Robbins may have mentioned, and I didn't get the job.

From talent management to film production

I did eventually get a job at William Morris. I was the worst agent they ever had in the history of the company, and I suffered through seven years of mediocrity. I met Bob Chartoff, and we started a management firm, Chartoff and I. I had no idea if we would succeed. We were kind of like wild cowboys.

I started negotiating with the president of MGM, [Robert] O’Brien, for Julie Christie to star in Dr. Zhivago. At one point, O’Brien said “I need young producers like you out in Hollywood.” He said, “Find a script, and I'll make you a producer.” I sent him a script to star Julie Christie. He said, “Let’s do it with Elvis Presley, what do you think?” I said “Great idea.” He asked “How quickly can you get out to Hollywood?” I called up [his wife] Margo, and I said, “Honey, we're on our way to Hollywood.” Double Trouble was the name of the Presley film.

At the time, Hollywood was a complete mixture of ideas, and everybody was trying to hold on to what they still had in this glorious MGM lot in Culver City that was empty. Pictures were starting to go on locations. Hollywood was in a terrible state, due to the [Paramount] Consent Decrees. And television came in like a rocket.

We got this script called The Split. I got a call from an agent who represented Jim Brown, a great football star with the Cleveland Browns. He said “Jim Brown would like to do The Split.” I said, “Well, thank you very much, but we're going to New York to close the deal with Steve McQueen today.”

We get to New York; we're waiting to see Mr. O'Brien outside his office. Steve McQueen's agent walks out. He says, “I should have called you. Steve decided to do Bullitt instead.” So we go in a couple minutes later, and Mr. O'Brien says, “Well, what have you guys got for me?” We said, “Well, we've got Jim Brown for The Split!” And he says, “You know, I really like Jim Brown.” Sometimes it's just really stupid luck.

On the Rocky story: “We didn't like it like it. It was a nice little movie; nothing more and nothing less.”

We had now been in Hollywood almost 10 years; we made a lot of movies and had a good reputation. We had done some really important movies like They Shoot Horses, Don't They?

Sylvester Stallone came in, and it was one of those meetings where you kind of look at your watch and think, How long am I going to have to do this? It was just chitchat, and we had nothing for him. As he left the office, he turned around and said, “Oh, by the way, I'm a writer. Can I send you a script?”

We thought the writing was really good, but it was not something we wanted to produce. He said, “OK, but can I come back in and tell you a story?” He told us the story about Rocky. He said, “If I write this for you, you don't have to pay me. If you want to make it, I have to star in it. But you don’t have to pay me.” So we figured we couldn’t lose anything.

We didn't like it like it. It was a nice little movie; nothing more and nothing less. But when we started to screen it, people were just loving it. Except we had a terrible ending. During the fight, people in the theater were standing and cheering. Then, at the end of the movie, he loses, and the two of them just walk out. All of a sudden, bing! We lost everybody in the last couple of seconds. So we had Sylvester write the new ending where Talia Shire comes into the ring, and he says, “I love you.”

Rocky represented a very specific time in America. America had gone through Watergate, the youth revolution, the Richard Nixon election. We had riots in Chicago where the police were beating up kids and voters. You had the end of the Vietnam War, which had really divided America like no other event since the Civil War. All of a sudden a movie came along, and it said, “Americans, if you can believe in yourself, really believe in yourself; you can make it.”

On political films and social revolutions

One of the films I'm most proud of is called The Strawberry Statement, about the campus unrest during the Vietnam War. It won the Jury Prize at the Cannes Film Festival. We got John Lennon and Paul McCartney to let us use “Give Peace a Chance.” It's the only film that really showed how the war was affecting campuses in ’68.

You know, in the French Revolution, every once in a while somebody went to the guillotine that was innocent. I think you have that in any revolution. We're going through a social revolution here in America, and a couple of people may get their heads cut off, and that's unfortunate. But the revolution has to go forward.

We have a long, long history together. He was a young New York actor who had just done a couple of independent films. He came to me, and he said, “My character comes from Calabria. I'd like to go and research the character.” I said, “Look, we don't have a budget to send you to Italy!” He said he would do it on his own. And sure enough, he came back two weeks later with all the hand props and the costume. I thought, This guy is really, really special. We did The Gang That Couldn't Shoot Straight; New York, New York; Raging Bull; True Confessions; Goodfellas; Guilty by Suspicion; Night and the City; and now, we're doing The Irishman. 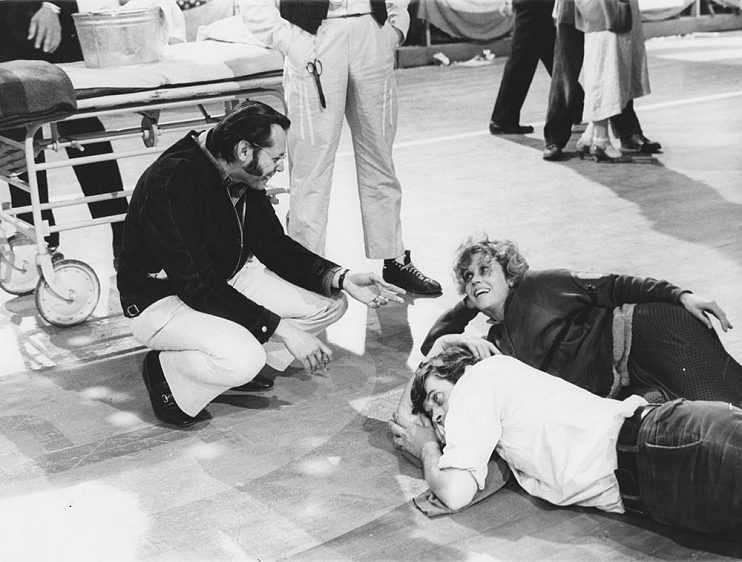 Irwin Winkler (left), Jane Fonda, and Michael Sarrazin on the set of They Shoot Horses, Don't They? (1969) 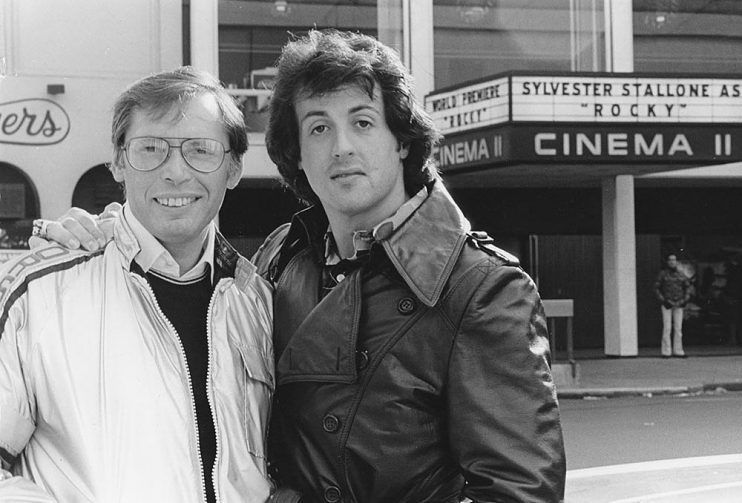 Irwin Winkler and Sylvester Stallone on opening day of Rocky (1976) 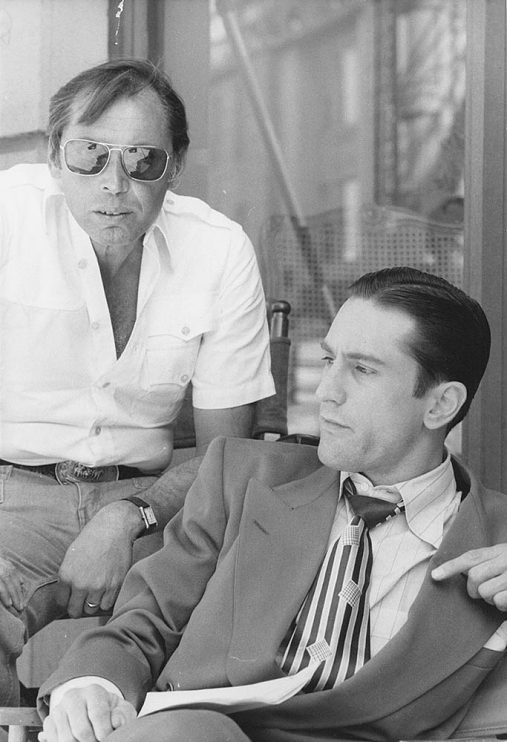 Irwin Winkler and Robert DeNiro on the set of New York, New York (1977) 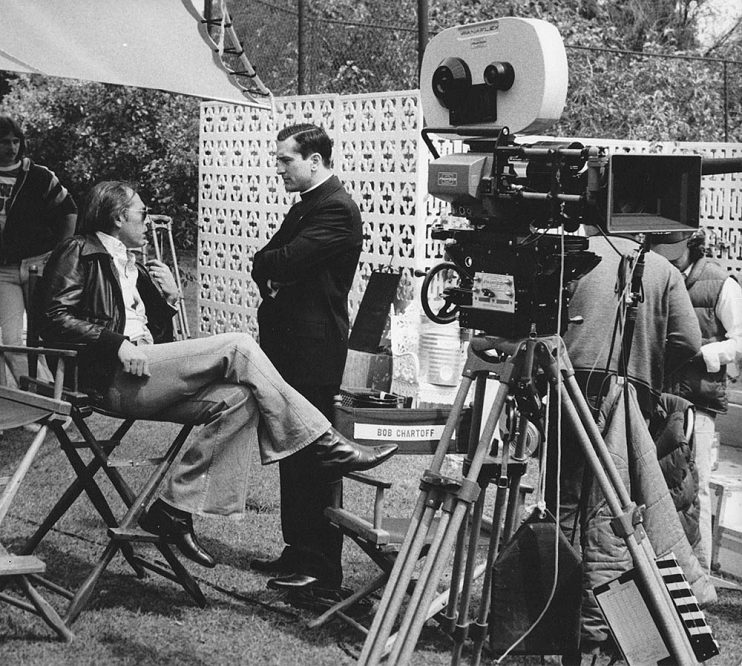 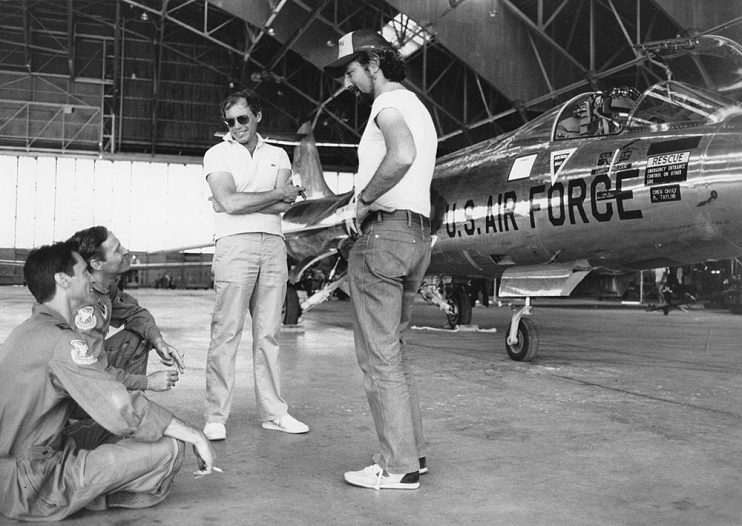 Left to right, Sam Shepard, Levon Helm, Irwin Winkler, and Philip Kaufman on the set of The Right Stuff (1983) 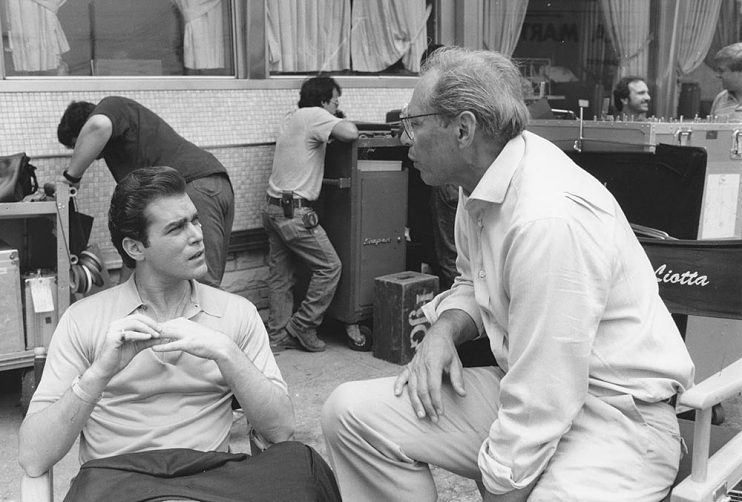 Ray Liotta and Irwin Winkler on the set of Goodfellas (1990) 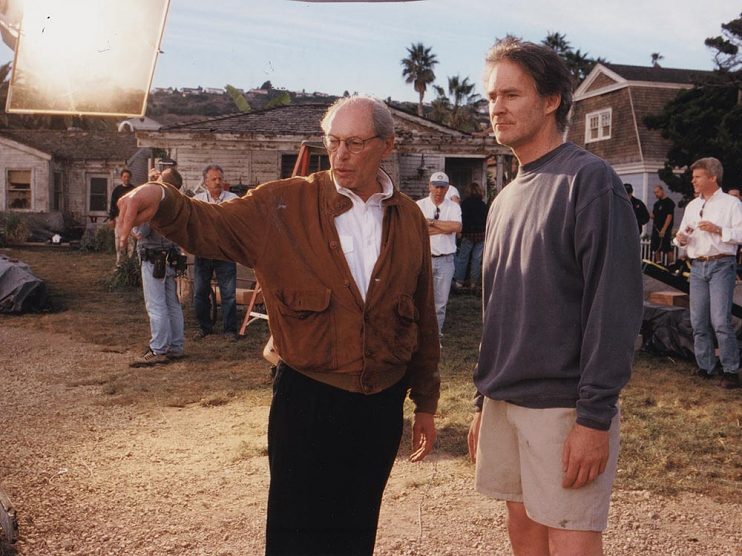 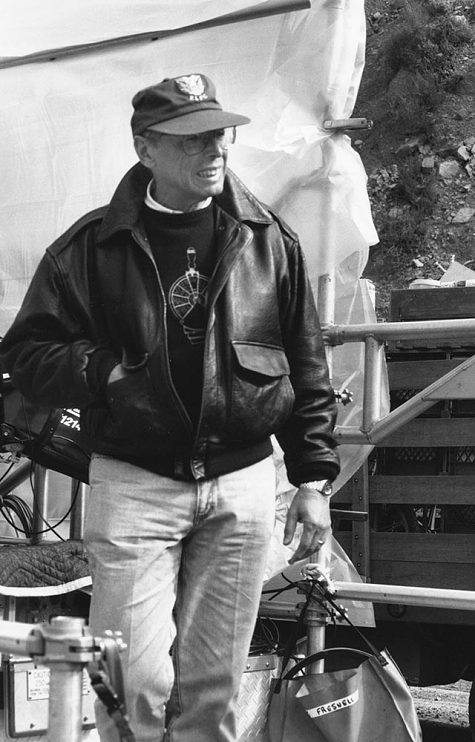 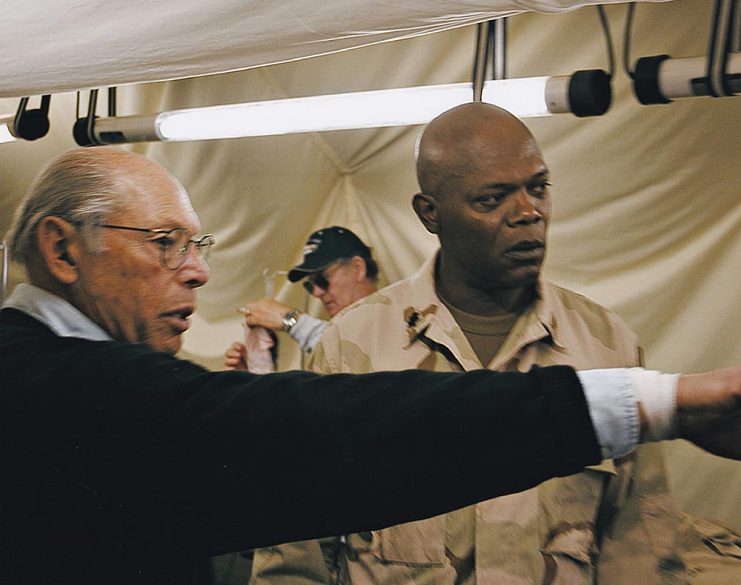 Irwin Winkler with Samuel L. Jackson on the set of Home of the Brave (2006)

Irwin Winkler (left), Jane Fonda, and Michael Sarrazin on the set of They Shoot Horses, Don't They? (1969)

Irwin Winkler and Sylvester Stallone on opening day of Rocky (1976)

Irwin Winkler and Robert DeNiro on the set of New York, New York (1977)

Left to right, Sam Shepard, Levon Helm, Irwin Winkler, and Philip Kaufman on the set of The Right Stuff (1983)

Ray Liotta and Irwin Winkler on the set of Goodfellas (1990)

Irwin Winkler with Samuel L. Jackson on the set of Home of the Brave (2006)

I was lucky enough to be at the Academy Awards when Charlie Chaplin came back to America after being blacklisted. He was given an honorary Oscar. It was a really great moment, not only for him but for the Academy and all the people that were in attendance. It was very moving.