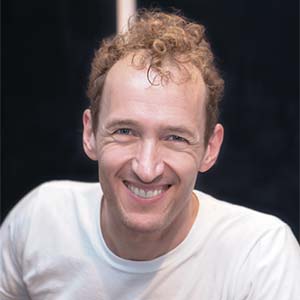 “To this day, when I am producing a new show, my mission is to take the audience to a place they’ve never been, visually, narratively, and musically.”

On early experiences in the theater

When I was in the fourth grade, I tried out for the Purim play at Temple Israel of Detroit, Michigan. There was an extraordinary play director who got young artists to write a Purim play in which they would juxtapose Purim against a famous Broadway musical. That year they used South Pacific and a little bit of H.M.S. Pinafore. So Queen Esther was singing about King Ahasuerus, “I’m going to wash that man right out of my hair,” when she was frustrated by his behavior. I was a sailor and sang, “Oh we sail the ocean blue and our saucy ship’s a beauty.” So there I was in the fourth grade, I was in my first play and receiving my first exposure to both Rodgers and Hammerstein and Gilbert and Sullivan. It was a propitious beginning.

I was so enamored with the process of making the play and performing the play that, literally on the Monday after we did our big Sunday morning performance at religious school, I sat in my classroom and started writing a play. I wrote that play over the course of that week and named it Adventureland. When I was in the fifth grade, my teacher gave me time in class to stage the play with my friends. I was hooked. I knew that my destiny lie in playmaking. By seventh grade I was doing community theater. By ninth grade I was taking leadership positions in my youth theater group. I was the head of the play reading committee, I was writing press releases, I was designing the program covers, and I was selling ads in the programs. You could say that by ninth grade I was picking the play, promoting the play, and raising money for the play — all the actions of a producer, and I hadn’t yet entered puberty.

On becoming a Broadway producer

I went to the University of Michigan, and I made a conscious choice to get a liberal arts undergraduate education. I was still acting in late high school and early college, but I knew I wasn’t going to be an actor. I got a political science degree because I loved politics. And now I can say theater is my vocation, and politics is my avocation. There was never a semester where I wasn’t in a play, directing a play, or writing about theater. I wrote feature articles for The Michigan Daily and the Ann Arbor News, and I wrote reviews for The Michigan Daily, the student newspaper. I graduated U of M in the spring of ’86 and flew to New York on a one-way ticket on July 5 of that year.

I found a job in a very small three-man public relations agency; I was number four. I had no idea how one moves to New York and creates a career in the theater. I had a feeling no one would hire me to be a producer or director, and I didn’t even know how you apply for jobs in theater offices to work for a producer. Based on all the promoting I’d done of all my shows, I had decided to get a job in PR. Within less than a year, I was able to jump to a job at the Broadway producers Barry and Fran Weissler’s office. They were my first theatrical employers in New York City, and I’ve been friends with them ever since.

“Rent was a powerful, beautiful, tough reflection of where we were sociopolitically”

I did not set out to try to bring my political opinions or my political interests into theater. What I set out to do was to make theater that inspires me and that moves me. I met Jonathan Larson in 1990, when he had done his one-man show Boho Days, which was later retitled tick, tick … BOOM! It was a show about a man turning 30 and asking himself, “Should I continue to write rock musicals that nobody wants to produce while I’m working in a diner, or should I take this copywriting job on Madison Avenue, in which [case] I’ll actually be able to make a living?” And he posed that question through a cycle of songs that, for me, captured all of the questions that I was asking in my life in 1990, when all of my assumptions about my life and my future were up in the air. It moved me so powerfully that I wrote him a letter the next day, saying, “I want to produce your musicals.”

Rent opened off Broadway and on Broadway in the first four months of 1996, five years later. Rent was a powerful, beautiful, tough reflection of where we were sociopolitically in 1995, ’96. It reflected what it was like in the ’90s to be a young person who’s struggling with HIV. Suddenly we have a whole class of people in their 20s who are contending with what it means to be at the end of their lives, and Rent captured that very beautifully. When Jonathan did his second workshop of the show, in the fall of 1994, and Roger and Mimi sing, “Will you light my candle?” — which is this beautiful, ravishing, funny, edgy duet — I thought, I have never seen anything like that in the theater before. And I knew we had to do this show because the idiosyncratic way in which he was depicting young love and the spark of romance had never been done like that.

“Lin-Manuel Miranda … completely rewrote the book on what a musical can be, who it can be, and who it can represent”

I met Lin-Manuel and his collaborators in the summer of 2003. They were working in the basement of the Drama Book Shop, workshopping this show that Lin had made as a student at Wesleyan University called In the Heights. When he shared with me his music, I was transfixed. When Lin played Usnavi and kicked off the show with this beautiful, funny, warm, enveloping rap, “Lights up on Washington Heights, up at the break of day,” I was completely drawn in. And then when the chorus — all of the people in the Washington Heights neighborhood, come in and sing in this choral arrangement, “In the Heights,” I was mesmerized by the marrying of rap and Broadway choral music. It took five years from that moment to get to Broadway, and when it eventually got to Broadway as a full-scale two-act musical, it won the Tony Award for Best Musical.

It was two years after that that Lin shared with me that he wanted to write a concept album about Alexander Hamilton in which he could express all of his hip-hop/rap impulses through this one character and his dramatic life from being an orphan in the Caribbean to moving to New York City to serving in the Washington cabinet to eventually dying in a duel with Aaron Burr. I remember him sharing with me five songs and thinking, Wow. That’s riveting. And then ultimately sitting with him and director Tommy Kail and all of us agreeing this isn’t just an album, this is a book musical. And then saying to Lin, “You should write the book.” He had written maybe a dozen songs by January of 2012, then really started to get to work, and we went into rehearsal in 2014.

By portraying George Washington, Thomas Jefferson, James Madison, as men of color, he tells the story of America “then” with America “now.” It is an integral gesture that’s never referenced. Lin provided an enormous service to America by really re-enlivening the conversation about American history, the American Revolution, and the creation of the political parties. What’s more exciting than the American Revolution? Although I said to Lin, because we knew Act 1 would end with the end of the Revolution, “Revolutions are easy. Governing isn’t easy and it’s not sexy.” And guess what? He wrote that second act in the fall of ’13, and it was better than the first act. He knew how to make governing sexy.

Who comes to see our show? Who are they? These questions were frequently asked by Jonathan Larson in the formation stages of both Boho Days and Rent. If you look back at the ’90s when Jonathan was working on those shows, the only musicals that were really running with any success on Broadway were the epic British extravaganzas: Cats, Les Misérables, The Phantom of the Opera, and Miss Saigon — four of the most successful shows in history. And Jonathan used to say about those shows, without contempt, “They’re not for us.” And by “us” he meant young people. He meant the 20-somethings and 30-somethings who are living and working and playing in New York City and all over the country. He said, “Those aren’t our characters. That’s not our music. Those aren’t our stories.” And he meant for Rent to change that. My proudest achievement was making tickets available for people who had little money. I was 31 years old. I really could barely afford a full-price Broadway ticket at that point in my life. So my business partner, Kevin McCollum, and I were resolute that we had to really help people like us to make sure they could go see the show. And that’s when we came upon this fun idea: What if we had a $20 ticket that was cash-only at the box office, and instead of putting those people all the way in the back of the balcony, what if we put them in the first two rows, and they’ll start the wave of enthusiasm that will start in rows A and B and go all the way to the back row of the balcony? And that’s what we did. I’m happy to say that it’s a tradition that lives on Broadway today at shows like Hamilton, Wicked, The Book of Mormon, and I believe uptown at the Metropolitan Opera House as well. 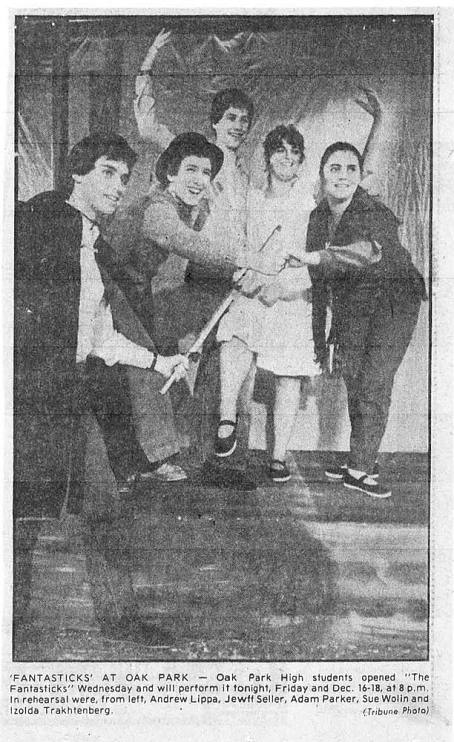 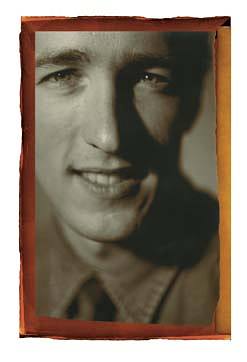 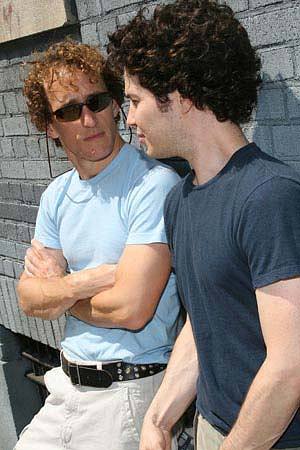 Jeffrey Seller with Tommy Kail during an In The Heights commercial shoot, August 2007

Jeffrey Seller with Tommy Kail during an In The Heights commercial shoot, August 2007

On Angel from Rent, Kermit the Frog, and Elphaba from Wicked

It’s funny that I’m looking at all this green stuff — because I’m going from some of the green that’s in the costume of Angel to Kermit the Frog and, of course, there’s Elphaba — and all I think about is Idina Menzel singing that beautiful song, “The Wizard and I,” and all of the hope and yearning that’s on her face, as she sings that beautiful Stephen Schwartz song in the beginning of Wicked.