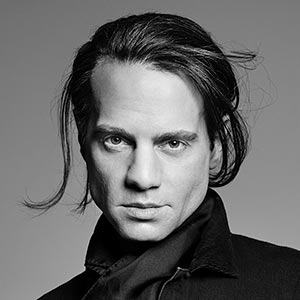 “Otherness in the world can be such a burden, but otherness in performance, in storytelling, is the goal.”

Jordan Roth, president of Jujamcyn Theaters; excerpted from an interview with the National Museum of American History, April 8, 2019.

On growing up and finding theater

I grew up in New York City and in northern New Jersey. I loved to sing and dance and perform. I took singing lessons and was in Ms. Toozey’s dance school.

I was not great at being a kid. I was always more connected to the adults, the counselors at camp, the teachers. I was scared of a lot of other kids. The seeming ease with which they moved through the world confused me. Theater was a place where so many things that I thought made me wrong in the world, made me right onstage or in the audience. The otherness in the world can be such a burden, but otherness in performance, in storytelling, is the goal.

I have very early memories of coming to see theater. I remember sitting in the audience waiting for the show to start. I would close my eyes really slowly and then open them and close them really slowly, then open them. I was doing my own house lights down and preparing for when the lights would actually be down and we would begin.

“The chapter that has become many glorious volumes.”

My mother and I were fans of the theater together for most of my childhood. This was a world that she grew up in as an audience member, and so she shared that with me. But when I was 12, my mother started producing her first show. It was at Williamstown Theatre Festival, for a two-week workshop over the summer, so she and I packed into the car and drove up to Williamstown, Massachusetts. I had a front row seat for so much of my mother's early [producing] career; she was finding her own voice and building her own possibility in this new chapter—the chapter that has become many glorious volumes.

On studying philosophy and claiming identity

An entry-level philosophy class [at Princeton] completely blew my mind. How do we exist in the world with each other? What's the right thing to do? It was really a seminal time for me where all of my questions were not just tolerated but welcomed and celebrated and fed. What do you need to know? What do you need to know right now? And here are the tools. Here are the disciplines. Here are the people over centuries who have written something near to what you are grappling with. You take those texts, you consume them, and then you figure out what you think.

I came out sophomore year. That's what I needed to know. That's what I was thinking about in those really formative years of identity. Identity has always been a pursuit.

“Without the audience, the theater is rehearsal.”

Theater is necessarily live. Which is to say, we will all come together in this one room, and that is not a thing we do a lot of anymore. There comes a point in a successful evening of theater where the assembled people coalesce into a single being that we call the “audience.” It's a singular.

Without the audience, the theater is rehearsal. It is an approximation of the thing, but it's not the thing. Whereas most other forms of creative expression can exist, strictly speaking, without being viewed. You have a painting in your collection. Whether it's on display or in storage, it is the painting. That is not the case for the theater. So the audience completes the project.

On running theaters and selecting shows

I pick all the shows coming to our spaces. So in that regard, it is a curation role, but also a creation role, depending on where the piece is in its life when we come together. Sometimes I produce the shows myself; most of the time I do not. I liken the difference between parenting and grandparenting. Running theaters is like being the grandparent; I get to have a very meaningful relationship with many more shows than I could parent. I find that very satisfying.

I generally think about three groups of ideas when I'm looking at shows.

The second: Do we need this in the world? I think that comes from a real respect for the scarce resource that is the theater. There are very few Broadway stages—fewer and fewer every day, only insofar as shows are running longer and longer than they ever were. So the opportunity to put a show on a Broadway stage, which has profound meaning in the American theater, is something I take very seriously.

And the third: Is it going to sell tickets?

It literally enters your body and opens it and lifts it, and that is wholly a feeling. For me, the most fundamental idea it is grappling with is, “What is a man?” What do we mean when we say that word and why, and are we right?

Its message: Just be who we want to be. Never let them tell you who you ought to be. Drag is a really great vehicle for that message, but we all have a want to just be. You don't have to want to be in heels and wigs for that to resonate for you.

“We need a refresher of our kindergarten lessons.”

[The] Birds and the BS was released on multiple social platforms and grew out of my desire to say something about where we are right now. I couldn't turn on the television or read Twitter without daily, sometimes hourly, shocking behavior. All I could think was, How do I possibly explain this to my children? We need a refresher of our kindergarten lessons, so this is a kid’s show for adults.

We took the tropes of Mr. Rogers and many other children’s shows and also the vocabulary that we love—musical theater. It became this musical satire show, where the “kid” would write in saying “I don't understand, because I thought I was taught this, but now I see that this other thing is happening in the world.” 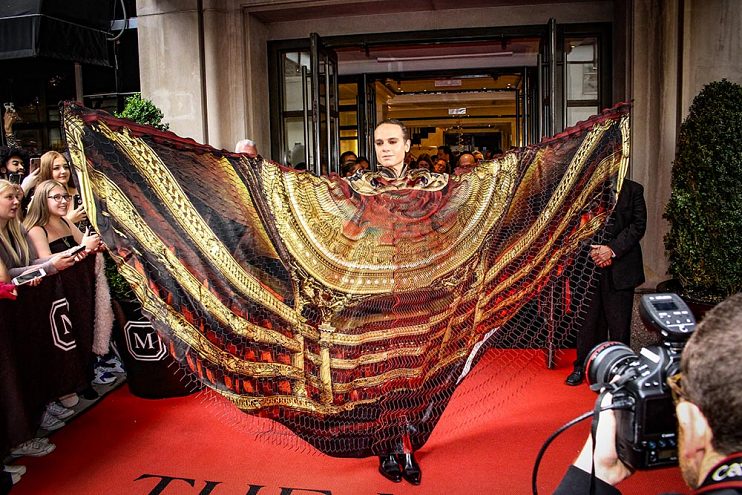 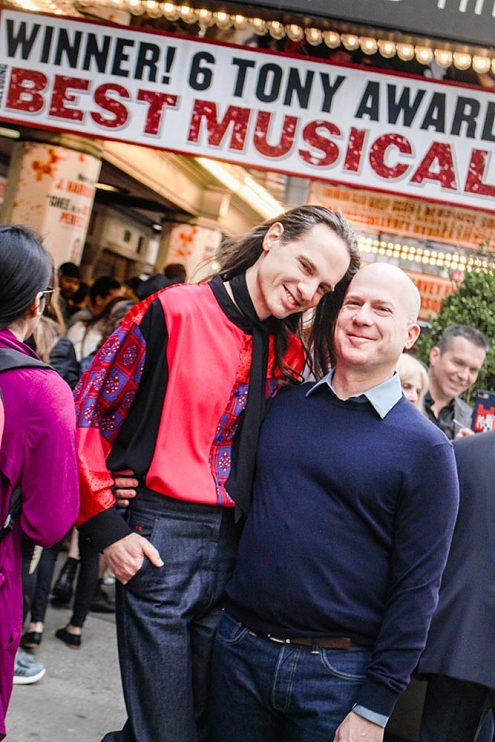 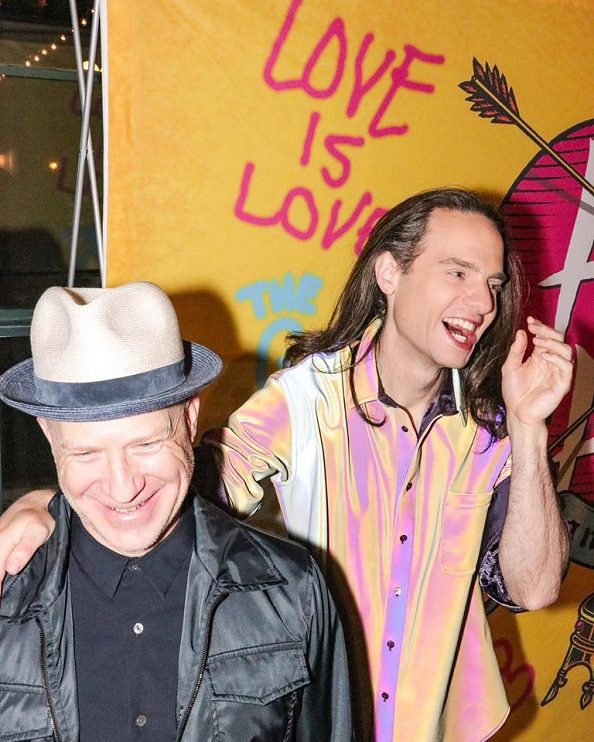 Jordan Roth and husband Richie Jackson celebrate the 2018 Opening Night of Head Over Heels on Broadway. 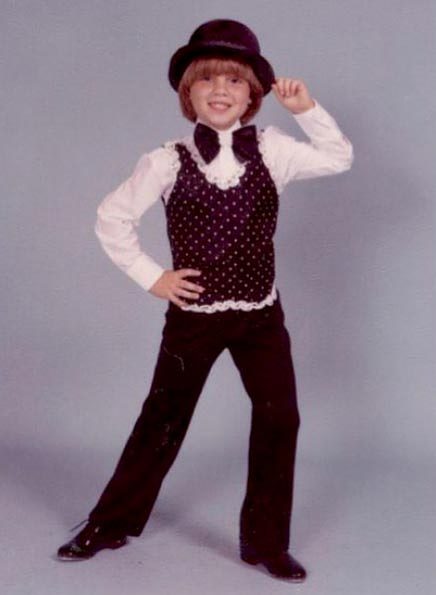 Jordan Roth in a recital for Ms. Toozey's dance class as a child

Jordan Roth and husband Richie Jackson celebrate the 2018 Opening Night of Head Over Heels on Broadway.

Jordan Roth in a recital for Ms. Toozey's dance class as a child

On Mr. Rogers's sweater and the ruby slippers

Mr. Rogers's sweater is a thing that offered me great comfort as a child and great inspiration for my own work on The Birds and the BS. There was something about Mr. Rogers when he put on that sweater that made us feel like it was all going to be okay, and he was going to explain how and why and what it is all about. It's a sweater, but his objects become endowed with power and meaning by people and by storytelling.

The ruby slippers have deep meaning for almost all of us. I mean, talk about national identity! But for a subset of us, they are a symbol of finding each other in the dark secrecy of gayness that was sometimes fabulous and sometimes crippling, and sometimes both at the same time.