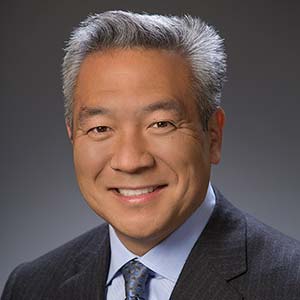 “The bedrock of what the studio is built on is creative excellence. ... We work with a lot of gifted, creative talent, and we have to build the platform for them to create incredible content and experiences.”

Kevin Tsujihara, former Chairman and CEO of Warner Bros; excerpted from an interview with the National Museum of American History, March 3, 2017. Mr. Tsujihara stepped down in March 2018 from his position as the company looks into allegations of misconduct by him.

The National Museum of American History works to explore American history in all its complexity, in order to make sense of the present and shape a more informed and humane future. We recognize that individuals represented in our vast collections have impacted the past and present in complicated ways, and our representation of these individuals does not indicate our condoning of their behavior.

I watched a lot of television growing up, and I vividly remember Muhammad Ali fights that I would watch with my brothers or sporting events that I would watch with my brothers and father and mother because we were all big into sports. It was such a communal experience, and it was something that we all enjoyed. I enjoyed just being part of my family and having more things that we could talk about and be a part of. It was a special time.

On learning of family experience in Japanese American internment camp

My parents were both so proud of being Americans. They brought me up very pro-America, and they kind of shied away from experiences that would make me feel like a Japanese American. They gave me an American name; they spoke very little Japanese around me, even though my grandparents only spoke Japanese; and they shared very little about their internment camp experience. I think it was seventh or eighth grade that I ended up doing a class assignment about Japanese internment, and I talked to them about their experience. I learned a lot then that they just never wanted to expose me to. They always wanted me to feel proud to be an American. I think that they were somewhat ashamed of having been part of that, and they didn’t want me to be angry or have any resentment or feel any different than anybody else. My grandparents were from California’s central valley, and they came over from Japan, and they were also in camps with my parents. My dad ended up getting out of camp early to serve in the Army with his other two brothers. It’s something that shapes who we all are, whether you’re directly or indirectly involved. It shapes how you think about things as America evolves, and things happen both here and abroad.

“I thought Warner Bros. would be a good place for me to work while I figured out what I really wanted to do, and I’ve spent 23 years here”

I grew up in Petaluma, California. We had no ties to Hollywood or the entertainment industry. I ended up going to school here in Los Angeles at USC, and I went, initially, to go through their entrepreneurship program because I wanted to start a business. I ended up shifting to an accounting degree. I started working at an accounting firm and, just by happenstance, got Warner Bros. as a client. Warner Bros. offered me a job at the same time that I got accepted to Stanford for my MBA. I went to Stanford, did a startup, and I was looking for a job to kind of transition me to whatever I was going to do next. And since I had a pre-existing relationship with a number of people here at the studio, I thought this would be a good place for me to work while I figured out what I really wanted to do. And I’ve spent 23 years here.

On the transition from physical to digital media

The biggest learning experience for me and my peers has been the experience of the music industry. The music industry had a real challenge making that transition from physical to digital. The consumer was begging for something different, and when they couldn’t get it they went to the next best thing, which was piracy. That was really profound for our industry, and we continue to face that challenge today. You have these businesses that have been around for 80, 90, 100 years. To make significant changes while you have constituents that are reliant on you, whether it’s retail stores or theaters or networks, those adjustments are hard. But if you don’t think about the consumer, it doesn’t really matter. It’s the consumer versus what’s good for me and what’s good for the company. Hopefully they’re not mutually exclusive and you can find something that’s win-win, that’s additive, that’s also something the consumers are looking for.

“I’m proud of the fact that we’re the only studio that has scale in movies, television, and video games”

[Warner Bros.’ parent company] Time Warner has a long history of video games. We owned Atari for a period of time, and we felt that there was an opportunity that emerged as the experience of playing a video game began to feel more like watching television or watching a movie. The digital assets that we’re using amongst all those things are related. We have the intellectual property that moves across these things. It’s a content business that’s merging and the buyers are all the same, so we felt like it was a natural business for us to want to be in. So we’ve built a business where the relationships that we’ve created on the video game side help our movies and television. The first video game business that we [Warner Bros.] bought was a company called TT Games, and they had a relationship with LEGO, which has created a relationship that now includes movies and a television series. It’s really been the jumping off point into a bigger relationship in games. That’s a business that we built, and I’m proud of the fact that we’re the only studio that has scale in movies, television, and video games. But the bedrock of the studio is creative excellence. If you try and create manufactured opportunities because it has (they have) consumer products opportunities or video game opportunities, you could talk yourself into something that’s not great. We’re looking to create great movies, television series, and video games. Hopefully some of it cross-pollinates, but we don’t start by saying, “Let’s create something that lives across all three.”

“There’s something about great characters. When you really break it down, it’s really the characters that endure.”

On the culture at Warner Bros.

I’m proud of the fact that Warner Bros. has been able to continue the legacy of its success and the culture of being such a special place that stays relevant. Staying relevant and maintaining a respect for your history is really important. You have to be able to adapt to changes yet maintain the core values of what this place represents. We’ve been able to do that and it’s not just me — I’m proud of the company. The tenure of our executives is very unique in a very challenging industry. We’ve been very fortunate in that we’ve had a lot of stability, and stability brings a lot of things. It gives you the confidence that you can make mistakes. If you’re always looking over your shoulder, it’s much harder to take risks. If you’re worried about whether you’re going to be there or not, it’s much harder to respect your peers and the people that you work with. At the end of the day, it’s much more like a family. Even the executives that have left the company still say the best years that they had were at Warner Bros., and that’s what we want to continue.

I always worry that we’re not adapting fast enough to the changes in consumers. I would love to leave a legacy that we were able to adapt to the changes in the environment, to stay relevant, and to maintain all the things that we need to do to keep shareholders and everyone happy. 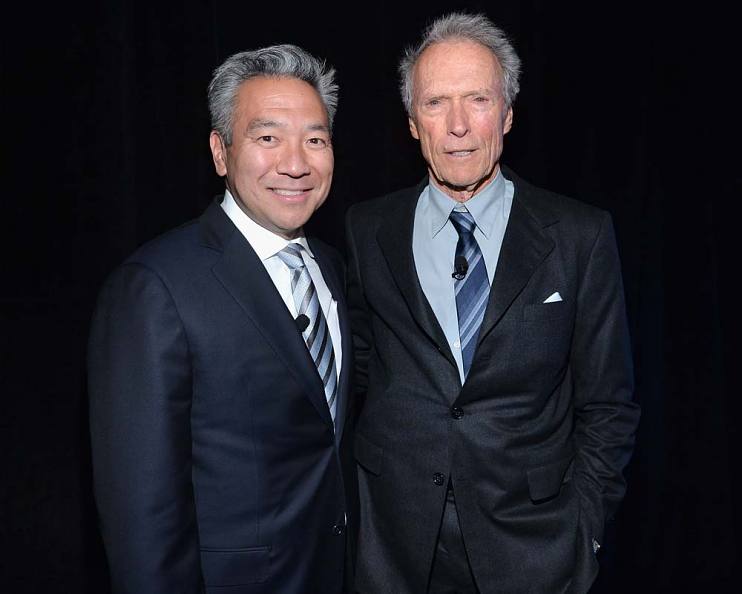 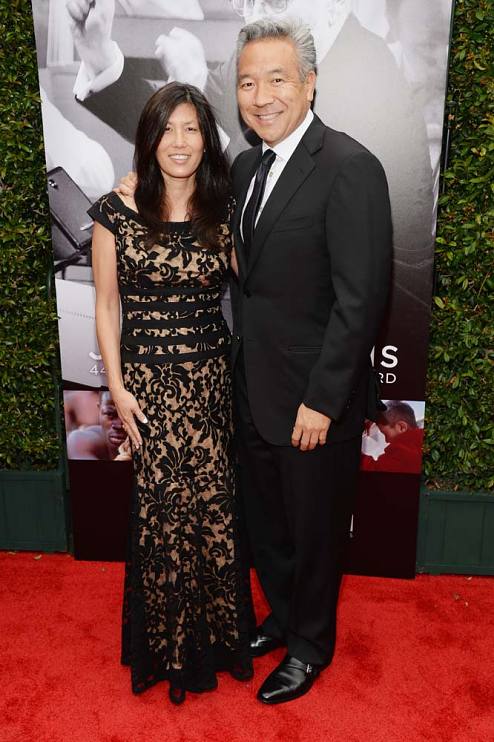 Kevin Tsujihara and his wife, Sandy 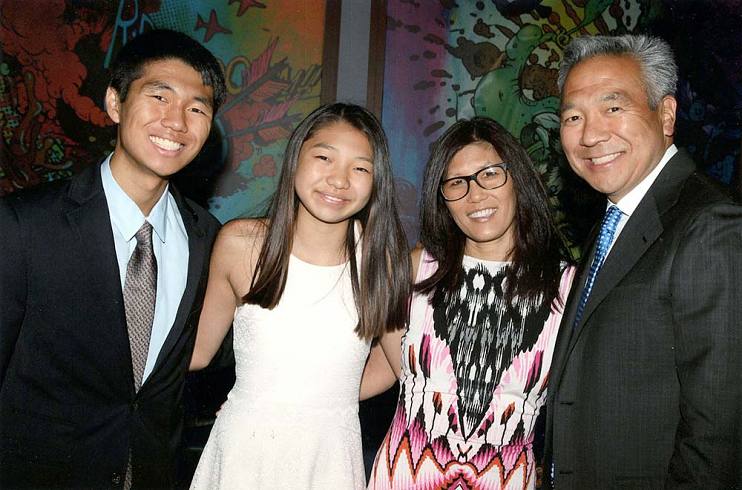 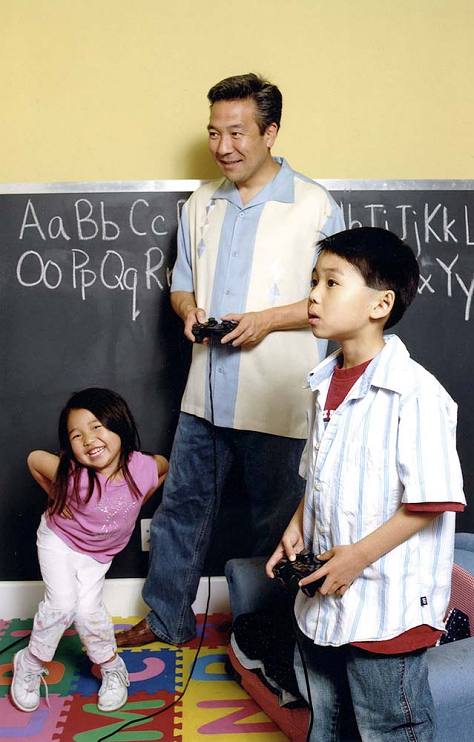 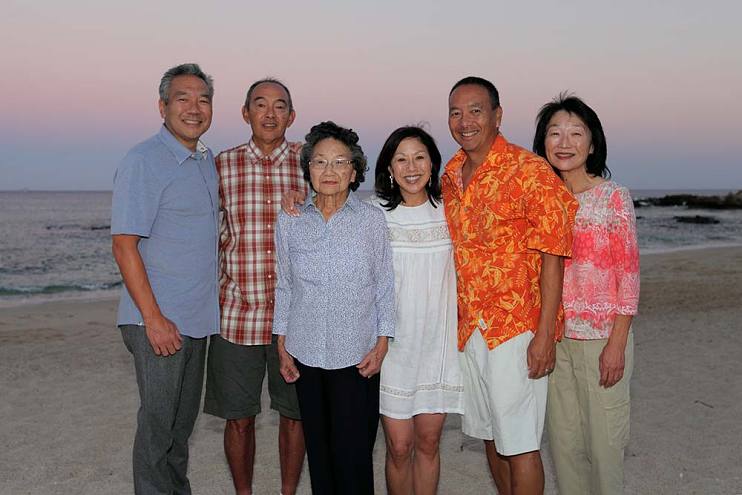 Kevin Tsujihara and his wife, Sandy

On the Jeff Mullins basketball card

I collected baseball cards, basketball cards, and football cards growing up. I was a huge sports fan, and I remember Jeff Mullins. I wanted to be a professional basketball player growing up. It obviously didn’t happen. But I look at this basketball card, and that is such a foreign object for my 17-year-old son because everything’s digital now, and there are very few things that you collect. I collected cards, I collected comic books, I treasured my collections. I remember when the Golden State Warriors won their first championship. I think I was in eighth grade, and it was so incredible because, at the time, the Los Angeles Lakers used to kill the Warriors, as did the Boston Celtics. It was either of those two teams that won everything. We had a real inferiority complex in Northern California for a time, and it was the first time that we ever won, and so it was very special. I would have to say the Jeff Mullins basketball card has a special place in my heart. Having objects that ground you to your experiences growing up are positives.