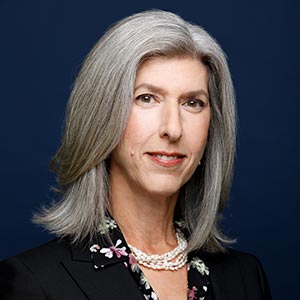 “If you target the one constituency, maybe you can influence the many.”

My experience with entertainment as a child was multifaceted in the sense that, of course, I was a late-’60s/’70s coming-of-age TV watcher. We also went to theater quite a bit. I grew up on suburban Long Island, and my parents took us three kids to so many iconic Broadway shows. I did not have particularly experimental parents, yet my first show in 1970, at six or seven years old, was the original Hair.

It was the era of the Leonard Bernstein Young People’s Concerts, and we went to the [New York] Philharmonic and the New York City Ballet. I played a little piano and a lot of oboe. My oboe teacher was the second chair in the New York Philharmonic. Movies also became extremely important to me.

I think that my mom, who is still alive at almost 92, and my dad, who passed away a few years ago, are pretty classic, what today we would call, “first-gen” kids. They were each children of Eastern European immigrants. They were also pretty classic post-World War II in the sense of believing you must deliver more for your kids than you were delivered. These were their aspirations of what class and education meant, and I think they fully embraced it and exposed us to everything.

“I only have one chance to try my hand at film.”

I went to Brown University and wanted to be a doctor and to study the liberal arts and humanities. I took a couple of film theory classes and really got my head turned by the idea of critical theory, as it relates to the visual industries: photography, a little bit of theater, and mostly movies. I got to the winter of senior year, and I had taken my MCATs and done my med school applications, and simply had a change of heart. In retrospect, I can’t imagine just making this change in my mind as firmly and casually as I did, but I thought to myself, Hey, I only have one chance to try my hand at film. I literally can always go to med school.

I applied for one job because I didn’t know anyone in the industry, and this led to me writing—typing on what I thought was a very cool Olivetti Selectric typewriter—my first cover letter and resume. I sent it to one guy, got a phone call back on a landline, had my interview, and that was the job I got. It was to be the assistant to the director of a Hollywood feature called Compromising Positions, a Paramount film starring Susan Sarandon and Raul Julia. That “one guy” was the director, Frank Perry.

Later, Christine Vachon and Todd Haynes, both college acquaintances, turned out to need help producing Todd’s first film. Christine was going to be both the assistant director and production manager, and she said, “Hey, this is just a lot for me. I kind of need some help, and you’re doing these big movies. This is really small.” I said, “Hey, I would really like to help on this kind of film, but I do these big movies, and you do these cool art movies.” We really thought we were going to reject each other, but, instead, we got together. I went from minnow in ocean to whale in puddle. We made a lot of these incredible independent films: Poison, Safe, Kids, Girls Town, Swoon—these films were widely praised and narrowly seen, but they won every kind of award at Cannes and Sundance and Berlin.

So, for about 10 or 12 years, I did not have a regular job; I did not collect a steady paycheck. Today, we would probably be called entrepreneurs; a group of us built and ran our own production companies. My skills as a producer translated across to commercials and music videos. That led to what I thought was kind of a long-term freelance gig but turned out to be an actual job at VH1—at Viacom, the legendary heyday of the MTV Networks. What’s interesting is that it started as a marketing job, not a programming job. We relaunched the network and it really became, at first, a music network on its way to becoming a television network, as I grew from a marketer into a ‘real’ programmer, or so I thought.

After seven years, I was eager to leave VH1 to make more movies, and my last day was August 31st before Labor Day weekend. The next Tuesday after Labor Day was Tuesday, September 11, 2001. I was living below 14th Street with two little kids, pregnant with my third kid. It was just the most disorienting, strange and awful time. The financing for these two independent films I was about to do fell through, and it really changed everything.

I was introduced to someone who had just taken an enormous job for [media executive] Barry Diller, and he hired me to, basically, start up a TV network that didn’t exist called TRIO. We really thought about this concept of ‘middlebrow,’ which had all of a sudden kind of become anathema to great taste and intellect. It was vanilla; it was not highly esteemed like it was during my childhood, where it was the root of accessibility and good taste.

We really devised and articulated the brand of TRIO; it was not by accident. The concept of straddling the middle very carefully with a “high-low” ambition. Highbrow was no longer classical music, was no longer a classical ballet. At the same time lowbrow was no longer valueless, was no longer cheap or cheesy. A slice of camp on both sides is really what high-low culture started to become, and we were very careful architects of that. When we were acquired by NBC, I was given the Bravo network, which at the time was a sleepy little arts network, and that channel really became the fullest expression of high-low culture.

On finding your niche audience

The feedback you get from your audience in focus groups is the delta between what you think you’re presenting and how people are receiving it. That was one form of data that we really listened to. The other kind of data was experiential. It was emotional data about group zeitgeist and what people are looking for from their entertainment. It turns out the story really doesn’t matter on its own, but the emotional-need state that you are filling is very effective.

We were very precise about identifying that emotional-need state and delivering that over and over again, no matter what the actual plot or story or characters were. It’s putting things out there for assessment, and then the audience brings to it what they want to bring to it. You can bring “Oh wow, I can’t cook that way. I wish I could”—that’s Top Chef—to “I would never do that. I wouldn’t be that kind of person on the Real Housewives,” to “I have a friend who is just like that—kind of funny, kind of mean, and incredibly talented,” that’s Flipping Out.

It wasn’t so much that something was a how-to show, cooking show, or art show. It was more that everybody has a profession that they are passionate about. They are domain experts, and they are born to give a force field of energy around everything they do.

‘Mainstream’ for network television has tended to be very white and somewhat male. Certainly, when you throw in sports and news that really turns it male, so the mainstream is going for a majority of broad viewership, America’s concept of “everybody” is what drove broadcast television. It turns out that, today—at least at the time we were building the cable networks of the ‘90’s and 2000’s—things that are deemed “for everybody,” in a way, are really for nobody. We know there aren’t so many “everybodies” anymore. It’s unique constituencies of overlapping Venn diagrams of people who form the “everybody.” If you target the one constituency, maybe you can influence the many. 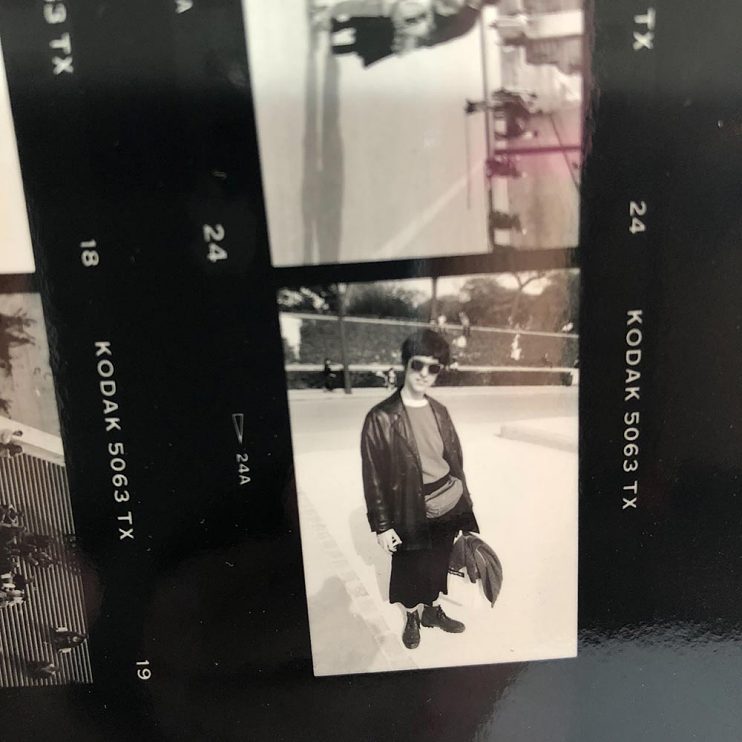 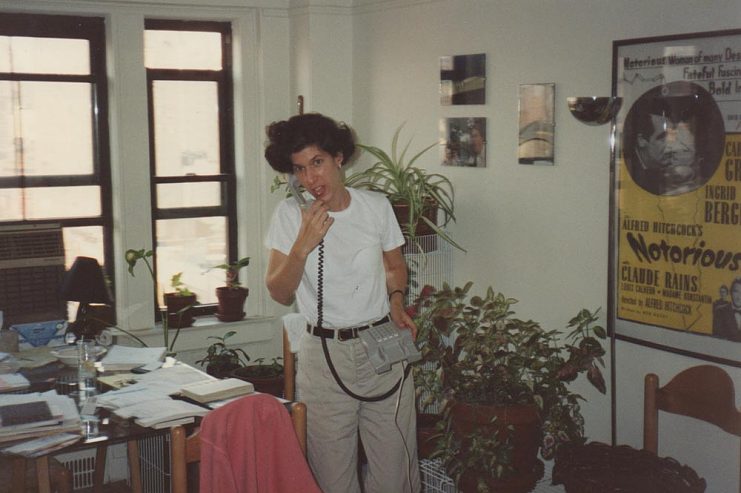 Running a production company in the 1980s 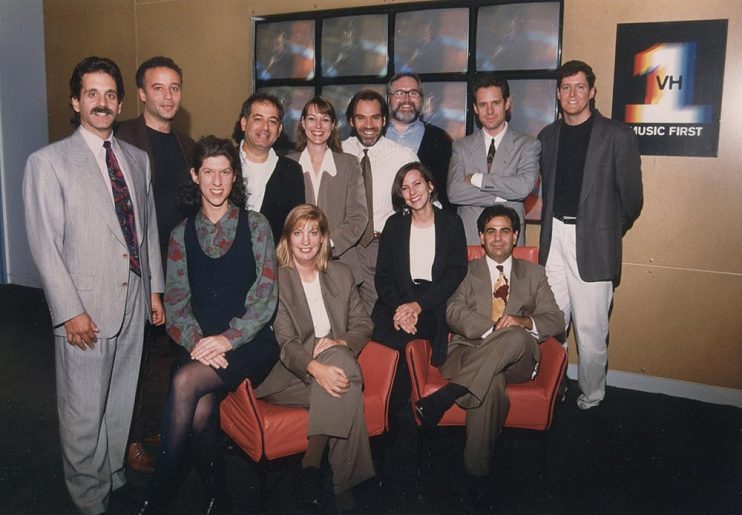 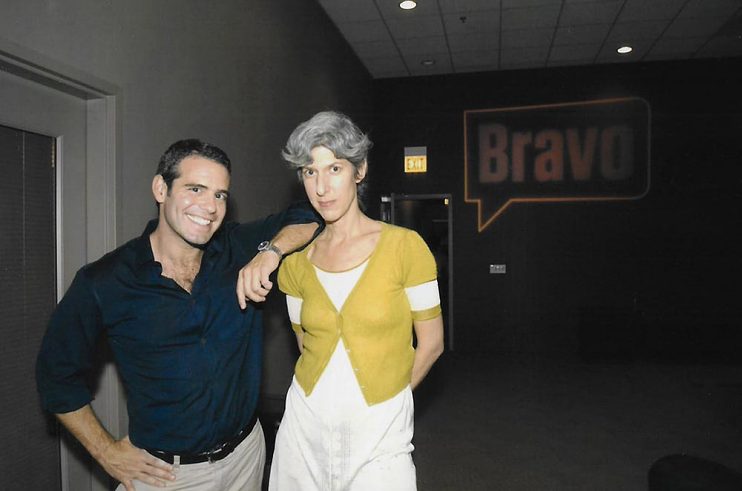 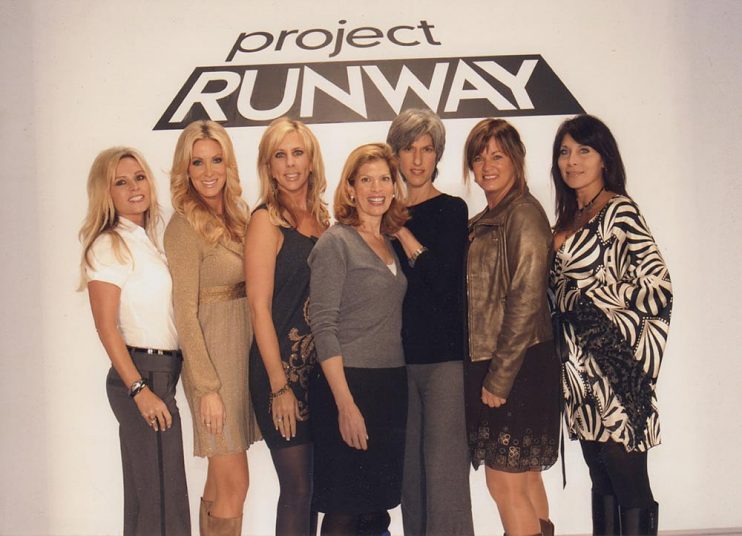 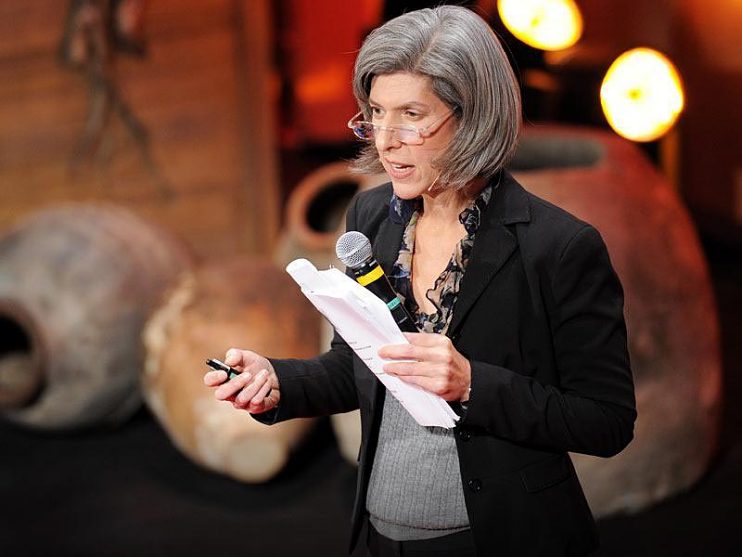 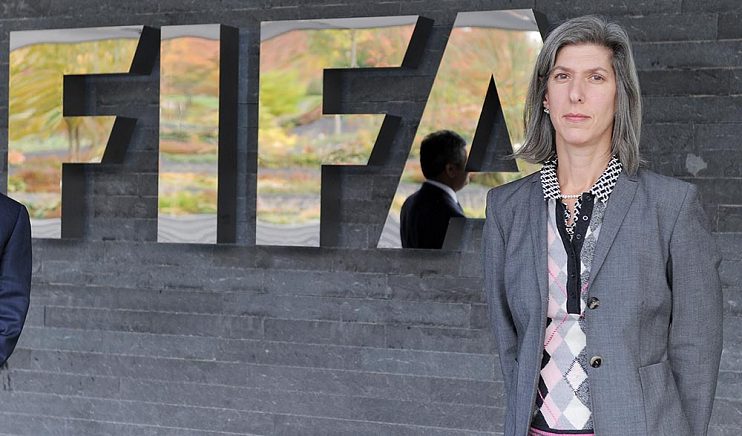 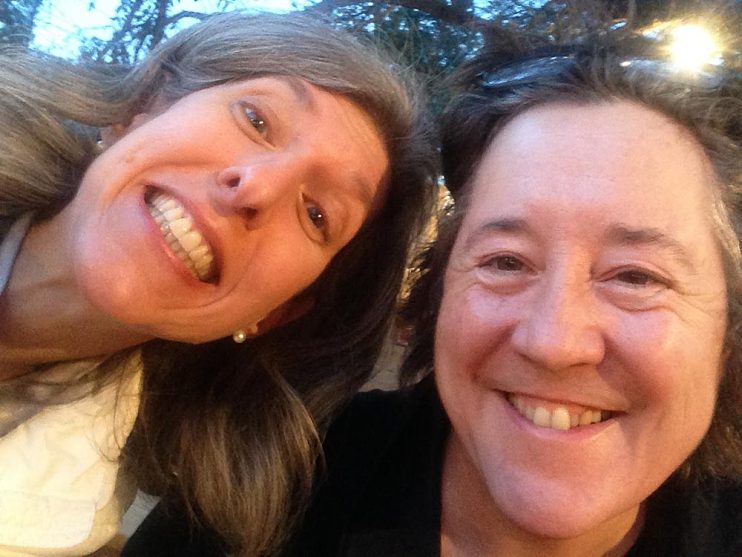 With producing partner Christine Vachon in 2015 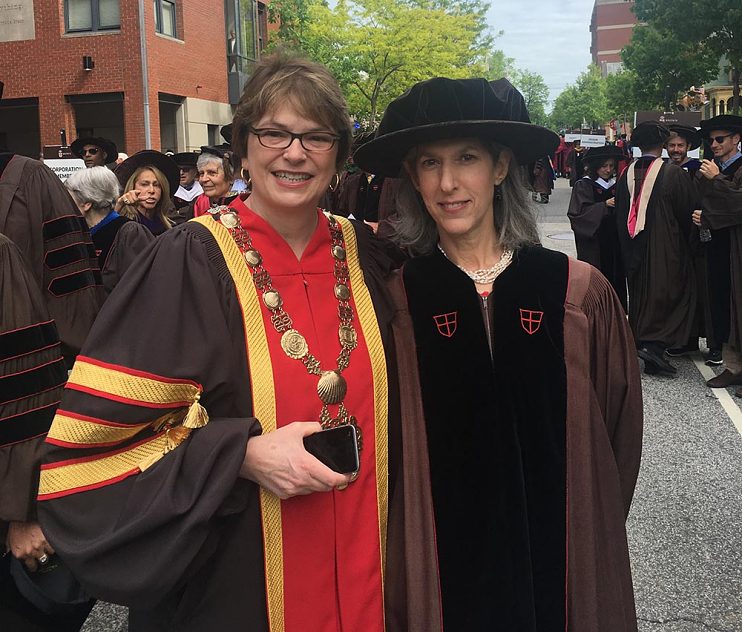 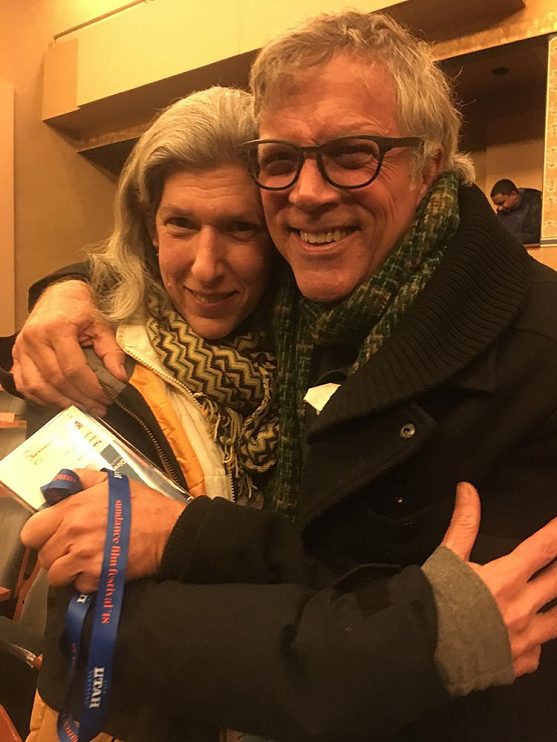 With director Todd Haynes at Sundance Film Festival in 2018

Running a production company in the 1980s

With producing partner Christine Vachon in 2015

With director Todd Haynes at Sundance Film Festival in 2018

Watching All in the Family was a family viewing event, and it’s coincidental, in my mind, that the Watergate hearings in ’74 were also family viewing. They’re merged together in my mind because it was the first time that I realized that people lied. For some reason, that was my biggest takeaway from Watergate at the time. I was always told “Don’t tell lies; always tell the truth.” Then I realized, some people didn’t. One happened to be the president.

At the same time, related to All in the Family, was that there were roles written for people where you could not guess what kind of person they were from the role they were playing. They were performers, actors. At 10 years old, my big revelation in that show was that Jean Stapleton [had] a high IQ, [and was a] fully functioning woman. I remember seeing her in a rerun of some movie, and it was the same person. I just couldn’t believe that the All in the Family character was this same actor.

So altogether, I recognized that politics had entered entertainment, that it was very heavy, and that there were not only biased people in the world but also liars in the form of our government. Cut to years later when we did my TED Talk data, the fact is that 1974, the minute of Watergate, was the literal end of an era of earnest television and ushered in this age of cynicism and deep questioning.

The “Battle of the Sexes” was a major event in my house. My father was an enormous tennis fan and player, and Billie Jean King was a hero. For me, as a kid, the Martina Navratilova/Chris Evert dominance and rivalry was more germane, but Billie Jean was the icon of breaking through.

Because I was in my teens I could not have articulated it, but having spent a lifetime examining roles of women and general de facto implicit and gender bias, it absolutely struck me then, the hubris and the insult of [Bobby Riggs] saying, “You are the no. 1-ranked, world’s greatest female tennis player, and I’m kind of a washed up hack. I’m going to sit in a chair, and I claim I can beat you.”

It just was so amazingly deprecating and maybe fun and couched in spectacle and good for the sport, but, at the same time, it gave me an unsettled feeling. I think even not being able to articulate it and not being educated in the words and language of feminism at that time, I still recognized something that really didn’t feel good. As a woman, it was an important lesson to recognize that feeling later in my life, many times over.