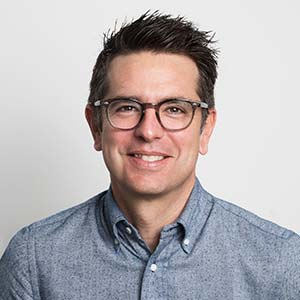 “Music is…a way that people talk to one another. Whether it’s a person traveling with a guitar or people sending files to each other or bands going on tour, music is a way to spread an idea from the bottom up, across the country, and all the way around the world.”

Matt Pincus, founder and CEO of SONGS Music Publishing; excerpted from an interview with the National Museum of American History, May 23, 2017.

“My life was always music”

Music has been my sport, my arts and crafts, my community theater. My life was always music. I got into punk rock when I was 10 years old. Most kids that are into punk have a similar story where they don’t feel quite at home wherever they grow up. And then they hear that kind of music, and they realize that there are other people like them in the world. There was a radio show on Tuesday nights at 10 o’clock on WLIR called Hellhole that played all punk and hardcore records. I would make believe I was going to sleep, and then I would put headphones on and listen. One of my best friends at the time started playing with a straight edge hardcore band, and I got into a band as well. That was really my whole context when I was a kid. It’s what I did on family vacations, summer vacations, with my free time on Saturdays. That was pretty much my whole life.

I grew up in a wealthy family in New York. My dad was a Wall Street guy, and I had an older brother who was an all-American type of football player guy. I didn’t grow up in difficult circumstances; I had quite a nice family. But I wanted to express myself, and I wanted to tell the world what I thought, and I felt like the Park Avenue, New York, world I grew up in didn’t really accommodate that. I went to very small schools, and I felt like I needed a bigger world. At the time, there were pockets all over New York that were different cultures. On the Lower East Side, there were a bunch of clubs where they had punk shows during the day. So at CBGB on Bowery at 3 o’clock every Sunday there was a matinee, and it was all super crazy punk and hardcore bands. I would sneak in there when I was 14, 15 years old. You had to be 16 to get in, so I got a fake ID that said I was 16. It showed me there was a bigger world out there.

“American music is an art form that is constantly referencing itself”

American music is an art form that is constantly referencing itself. You have blues music, which is the root of it all, and you have the music that came later referencing that and turning into rock ’n’ roll music. And then, a couple cycles later, you have punk rock referencing rock ’n’ roll music in a way that’s trying to turn it on its ear. When you listen to punk records, they are actually rock records, but they’re doing it in a way that’s stretching it like elastic, and messing with it, finding the ugliness in it. Punk started in England but grew with American bands like Black Flag and Circle Jerks, the early Minor Threat, Bad Brains. They were kids with not much to do, and they were just messing around with it all but within constraints. I heard someone say that limits create freedom, and I think punk music is like that. It’s rock music but flexing it and twisting it and finding new meanings in it.

On starting out in the music business

I played bass in the jazz band in high school. Judge was a band that had made a single, and they were making an album when their bass player quit. I was friends with the drummer, and he called me up and said, “Can you learn the songs in two weeks?” I did and we made the record. I was 16 when I got in the band, and I was with them for three years. We started touring the country. I was 17 and playing 35 dates across the United States. It changed my whole life. I was a complete write-off when I was 12 or 13 years old. I had been kicked out of two schools and was in a reform school. Judge was responsible for getting me on a path in life that turned into my whole career.

I was the guy in the band who did a lot of business. I did the record deal. When it was time to get paid for shows, I collected the money. I wasn’t a great musician, so I did what I could be good at. I read a book called Hit Men that was about the music business shenanigans in the ’80s, the major label business, and all the characters involved: Clive Davis, Ahmet Ertegun, Irving Azoff. I decided I wanted to do that. The band broke up, I went to college, and I started interning at record labels. I was an A&R intern at East West Records, a division of Atlantic, and then I was a college rep for Atlantic. Then I started doing some production stuff that got me into a deal with Jive Records. I started building a career in the music business because that’s what I really thought I could do well. It was kind of a natural evolution that I became the business guy.

After getting my MBA from Columbia University, I worked at EMI at a corporate job. I worked for the Global Head of Strategy, a former McKinsey consultant who had been hired to help restructure the company, and then my last job was working for the CFO of The Global Company trying to buy Warner Music Group. The global music business was consolidating, so these very big businesses were either going to be bought or sold, and they were interested in cash flow. So they were more interested in acquiring existing libraries of songs, as opposed to taking a long bet on an original songwriter that might take five to seven years to pay off. EMI, Time Warner, Universal, Sony, and BMG were all in some state of transformation, and they lost any sense of developing current songwriters. When we lost the Warner deal, I was in my office waiting to get fired and was looking at how many songwriters I could find that were available to be signed to a publishing company. I built up a list of about 85 of them. That was my opening, because the big companies were doing the catalog business well, but they weren’t doing the business of getting in early in an act’s career and helping them make music.

I left EMI and met a young guy who’s now the president of our company and my No. 2 guy. He was really good at talking to talent and signing up talent, and I said to him, “As many clients as you can find, let’s go sign them.” So we just started finding acts. We started with punk, rock, metal, and then we got in Christian and adult American alternative and alternative country, and it just kept going from there. The central idea was that contemporary songwriters didn’t have a place to go that would really roll up their sleeves and work. So we have always been known as a creative business that provides creative help in an intimate way to our clients.

On the work of a music publisher

I have two types of clients: recording artists and writer-producers. For recording artists, like The Weeknd and Lorde, we help them make their records. In the 1970s and ’80s, bands did all their own songs. Now pop music is a collaborative medium, so artists write with other artists and other songwriters, they do guest spots on other people’s records, and that requires them to network with the world. We play a role there for artists. Clients who are writer-producers are constantly in the studio with recording artists helping them make records. Our job is to get artists to do their songs. A hip-hop producer like DJ Mustard will have 500 beats going at any given time, and our job is to suggest, “Rihanna’s looking for songs. Let’s get your beats to her, see if she likes any of them, then her topliner will write with you and create a song.”

We also work in synchronization, which is getting songs used in films, television, advertisements, and video games. That requires going to the 300 people that choose music for filmed entertainment in the U.S., giving them ideas, and pitching songs to them from our catalog. We have specialists in each area — someone that does new media and digital, someone that does advertising, a couple people that do filmed TV — and they meet with the people who choose music and play them songs. We code all of the songs internally by their characteristics: male/female vocal. Is it motivational and upbeat? Is it edgy? We sort it into the times in the song we think work best to picture. We call it the “kick in the ear” part, so that when somebody’s listening to it they can skip to the part that we think is particularly good for a project.

On proudest accomplishment so far

I’m proud to have played a role in introducing really great music into the system. I never thought I’d work with the quality artists I’m working with. SONGS is really commercial, so it reaches a lot of people, but it’s also a little left of center. Most of our big artists tend to be a little left of center, and they’re culture movers. I am particularly proud of that. These are people that matter, that have something to say, that change people’s lives, with whose narrative fans connect. They’re not just shiny pennies on Top 40 charts. 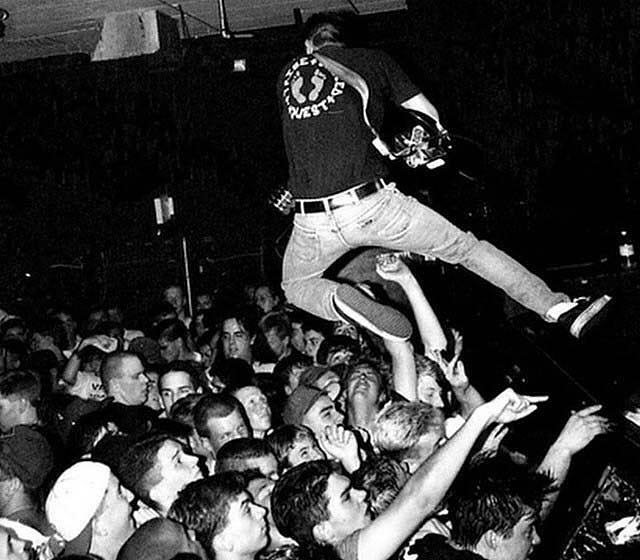 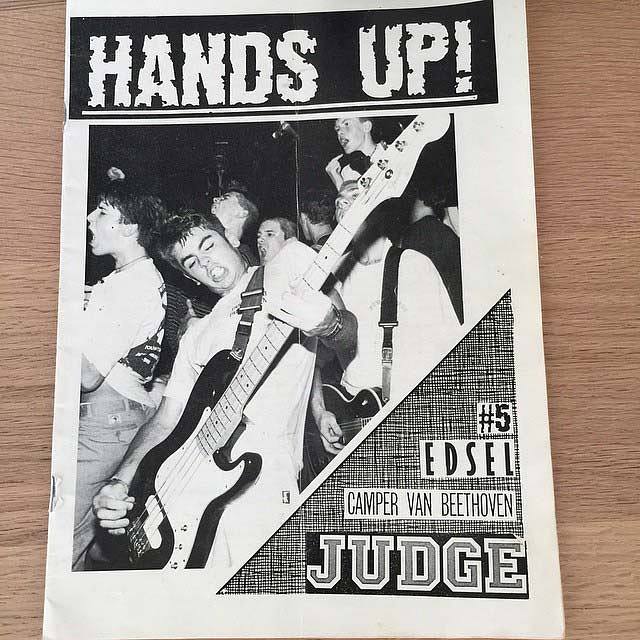 Cover of hardcore fanzine Hands Up, circa 1989 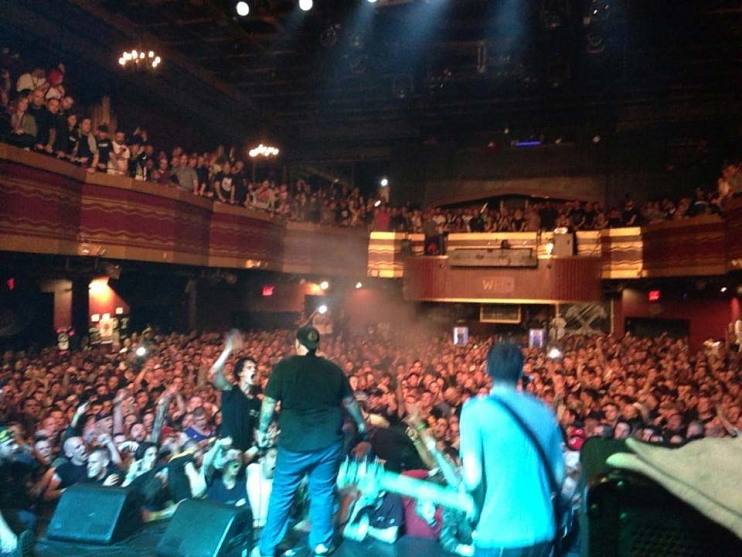 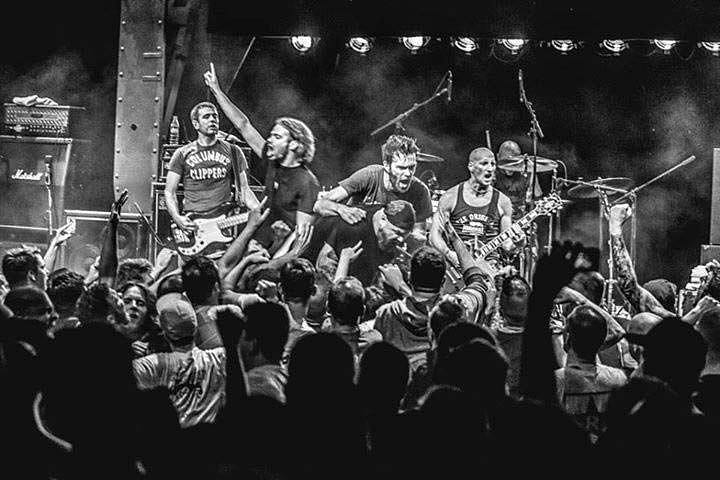 Judge performing in Essen, Germany, in 2014 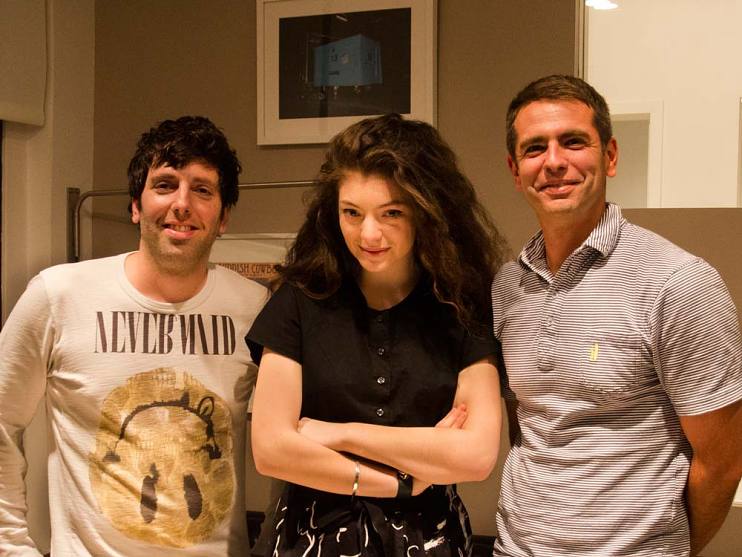 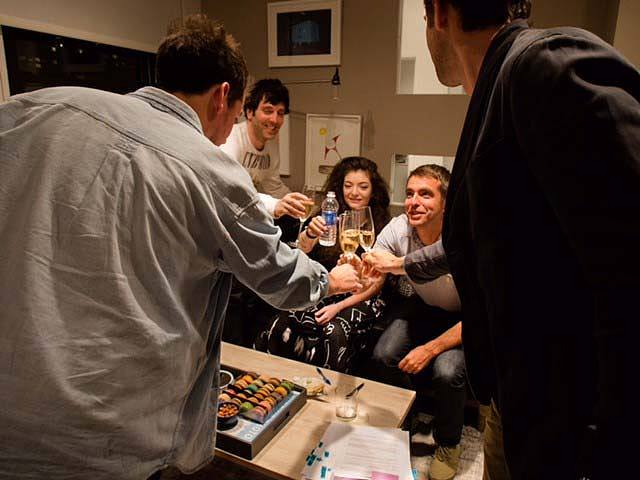 Team cheers after signing, in 2013 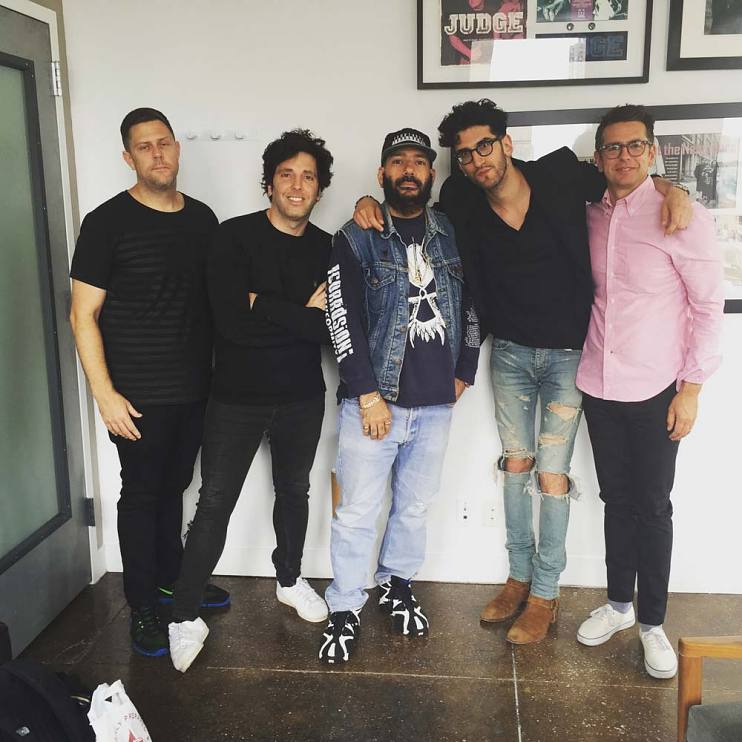 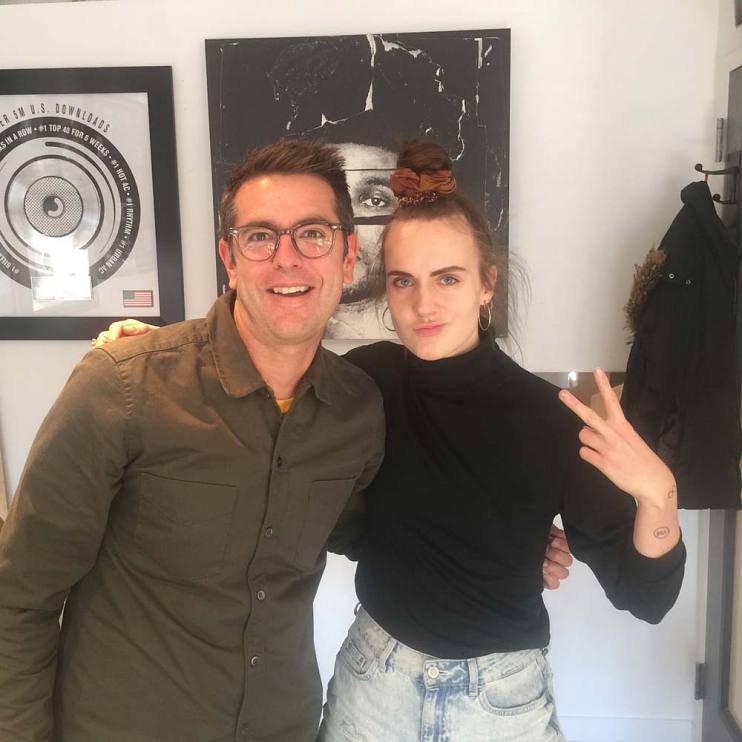 Cover of hardcore fanzine Hands Up, circa 1989

Judge performing in Essen, Germany, in 2014

Team cheers after signing, in 2013

On Black Flag and the Fender bass

Black Flag’s Damaged is a life changer of a record for anyone who has my DNA. That record made me react: “What are these guys doing and who are these people? I want to know everything there is to know about them.” The guy who sang on that record, Dez Cadena, was not their most famous singer. The really famous guy is Henry Rollins. Damaged is the funny sentimental favorite for any punk rock fan because it’s the head-turner record. Nobody knew who these guys were when it came out, and afterwards everyone knew them. That’s a really valuable record. I still have the first pressing of it.

The Fender bass is a holy instrument. Nothing comes close in terms of the adoption of a particular instrument amongst people who play it. With guitars there are options like Gibson’s Les Paul or SG, Fender’s Stratocaster or Telecaster. With bass, you either play a Fender bass or you don’t play a Fender bass. Fender bass is one of the great American inventions. I’ve had the same one since 1985, and it’s the only bass I’ve ever played, and most people will tell you the same version of that story. I was 15 when I bought it. It’s called a Precision Elite, and it’s weird. It has active pickups instead of passive pickups and it has four pickups instead of two. They only made them in 1985, 1986. It has a growl to it and a particular way it resonates. I think it cost me a few hundred bucks. Probably bought it at a Manny’s or Sam Ash on 48th Street. It’s really one of the greatest single musical inventions of all time.