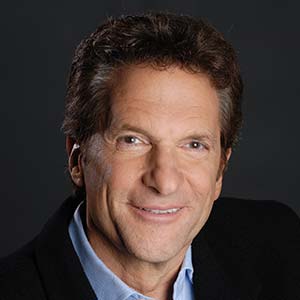 “When you’re in the business of moving people emotionally and giving them something to feel good about, you have an opportunity.”

Peter Guber is chairman and CEO of Mandalay Entertainment and producer of The Kids Are All Right, Soul Surfer, Bernie, Rain Man, Batman, The Color Purple, Gorillas in the Mist, and Flashdance, among others. He is also co-owner of four professional sports teams: the Golden State Warriors of the National Basketball Association, the Los Angeles Dodgers of Major League Baseball, the Major League Soccer team Los Angeles FC, and the professional esports organization aXiomatic Gaming. This narrative is excerpted from an interview with the National Museum of American History, October 24, 2016.

“Technology has always been fascinating to me”

At a very young age I was an amateur radio operator, connecting with people on shortwave the world over. It’s a bygone process now because you can reach anybody in the world on a mobile phone the size of a matchbook and talk to them immediately. But back in the ‘50s you couldn’t make a long-distance call, without appointment, to anywhere in the world outside the United States. Technology was fascinating to me, science fairs were compelling to me, and as I became interested in building my own rigs and talking to people around the world, connecting with them, the idea of using technology to reach out and touch individuals became fascinating to me.

“Congruence is something that you learn”

The first audience you have is yourself. If you cannot be congruent with yourself, you can’t hope to resonate with audiences with the choices you make. So that congruence is something that you learn, so that when you read material and you consider it for film or television, you’re really asking yourself first, “How do I feel about it? Does it move me emotionally?” If you are in the entertainment business, you are in the emotional transportation business, constantly creating experiences for audiences and fans. To know what connects with your audience requires you to have your own emotional connection and see how an experience relates to you. Because the only person you can possibly really know is yourself.

“All technology is interim”

My theorem is that all technology is interim. It’s just a question whether it’s interim long enough to make a return on investment. So what happens is you use that technology to curate your material, find your material, develop material, produce your material, distribute material, exhibit your material. Technology as a feature is a cold comfort. It’s only the benefit that technology renders that makes it valuable. Does it enhance the program? Does it allow you to interact with your audience more effectively? Does the sound capture the intention and attention of your audience? Is the audience more effectively connected? Those are some of the different things that technology does. It shortens the distance between artists and audiences. It’s the benefit that it renders that stays constant. And so you have to be willing to play with the tools of technology, if you’re an artist or an audience.

It’s a misnomer to say that you’re ahead of the curve; it’s not a curve, it’s a tsunami! And so what you have to remain is not dependent on any one technology but curious, rather than critical, and say, “How can it serve us? How can it serve my artists? How can it serve the audiences? And how may I utilize this?” You have to be good, maybe best, but you don’t have to be first. So there is no possibility of getting your arms around it — that’s absurd. You can’t get your arms around it, you can just be open to hearing and seeing about it and seeing how you can embrace it.

“When you’re running a sports venture, you’re in the entertainment business”

My own philosophy is that you have to have a mindset when you’re running a sports venture that you’re in the entertainment business. Yes, it’s a sport, but you are in the entertainment business; it’s a product that moves people emotionally. The difference between the sports business and the movie and television business is nobody goes to the movies and sees Rocky and says, “Who’s going to win tonight?” If you go to see Rocky, the same guy wins. If I go see Rocky, the same guy wins. If I see it ten years later on an iPad, phone, transistor, closed circuit, eyelid transmitter, the same guy wins, all right? So you are emotionally transported by that process of how he wins, but there’s no uncertainty about who is going to win. So you’re emotionally moved, but you’re a passenger in the process.

When you go to a sporting event, you have two human needs met in the same experience, which is interesting. You have a “certainty” of the rules and regulations and protocols of the sport, and you have the “variety” of who is going to win. And therein lies all the difference because you are no longer a passenger, you become a participant, because you believe you make the difference. And all people watching sports believe they make a difference. And the truth is they do. So there’s a whole different ecology. The philosophy is the same: we want to engage you, make you involved. But the process requires different elements. You stir the fans up to cheer for their thing, and the truth is you don’t have to win all the time, because you can’t win all the time, but you have to be competitive. You have to put a product on the floor that engages and aligns the heart, tongue, feet, and wallet of your fans. The fans, the city, the market own the team. They own the team and you quickly realize you’re just a steward of the process.

Well, success has many fathers and failure is an orphan. So, you’re in the business — whether sports or movies or television — of hits and flops. That’s what makes it actually interesting. You have to be able to manage failure, and failure and success are very close together. They are so much closer together than anybody can realize. And the truth is, in the biggest failures there are seeds of a great success, and in the biggest successes there are seeds of abysmal, painful, and cataclysmic failure. The further you move away from risk, the further you move away from success, because that’s where the greatest success lies. So when you take over a franchise and it’s not successful, it’s an opportunity in disguise. Take over a franchise, a very successful one. It is a challenge because you know that failure is lurking at every corner. You do the best you can. You bring all your talents, resources, and your resourcefulness to every enterprise, and you have to get a little lucky. And that may sound frivolous but you’ll go mad if you think you are the master of the universe, because you find out quickly you aren’t.

“You have to entertain first”

When you’re in the emotional transportation business, when you’re in the business of moving people emotionally and giving them something to feel good about, you have an opportunity. If there’s something that is downloaded into the social consciousness and the fabric of the individuals in the community that has a more enduring and positive effect — it’s transformative! I’ve got a couple of those films and products that I really look back at and I look at how they were acknowledged. I look at how Rain Man changed the consciousness about autism. I got an enormous amount of pride and pleasure. There were a number of people who had children and said, “I cried, I just wept through the whole thing because, finally, I found a way, a film I could share with somebody, and they could understand what it was and my pain and my drama.” Wow! That kind of blew me away, you know? But still it had to entertain people. If it didn’t entertain and it just was a diatribe, it would have been a failure. So yeah, the different problem you have to proselytize for it, but you can’t proselytize, you have to entertain first.

I’m a full-time professor at UCLA, taught for 40 years there. My proudest achievement is being able to pass along what I’ve learned, what I failed at, what I’ve succeeded at, and the rules of the road and my insights into an art and a craft that I love. And I pass along to young people who are starting down the road in the journey and try to shape and share with them both resources to make their journey more purposeful, better, more effective, faster, whatever they need to have. I’ve done a really remarkable job of that, I’m much more successful at that than all my businesses.

“Find who and what you are, and dance to that music”

Well Shakespeare said, “To thine own self be true.” Find out who you are, your authenticity. What really interests you? Don’t try to take the current thing that’s happening and then try to do it because it looks like it’s flashy, bright, and shiny, but find who and what you are, and dance to that music. And know that in your life you have a precious opportunity, and I don’t know what religion anybody is but I would say nobody’s proved to me that there is life after. So make this one count. That’s really what I do. I don’t like failing, but I feel that having a life where I can go, “Hmm, that’s interesting. Let me see how that works,” being curious about it, it has made all the difference. 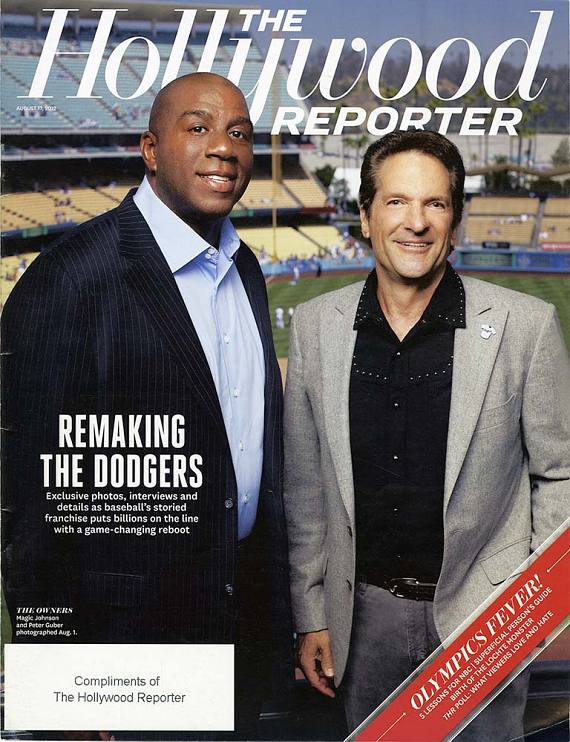 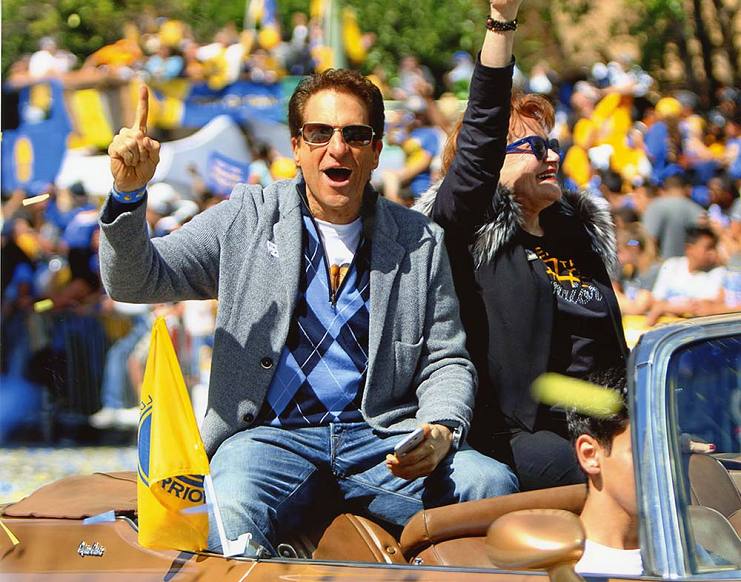 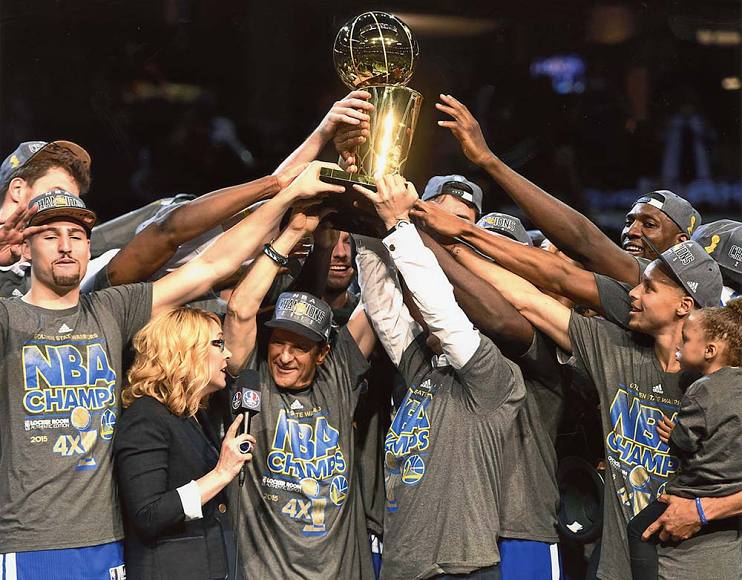 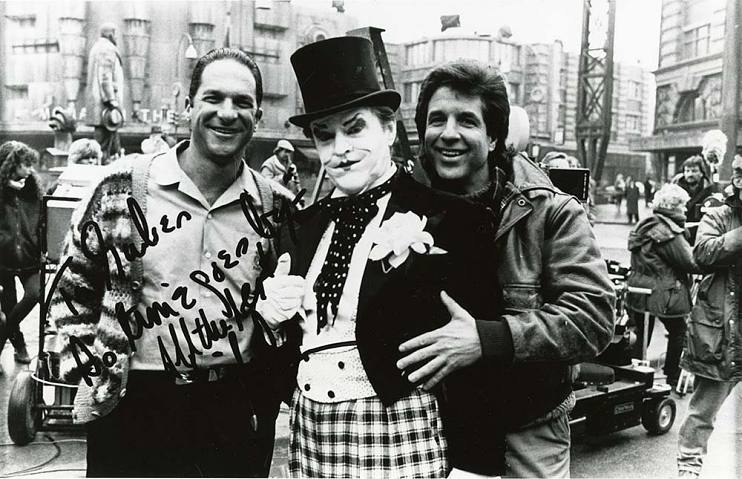 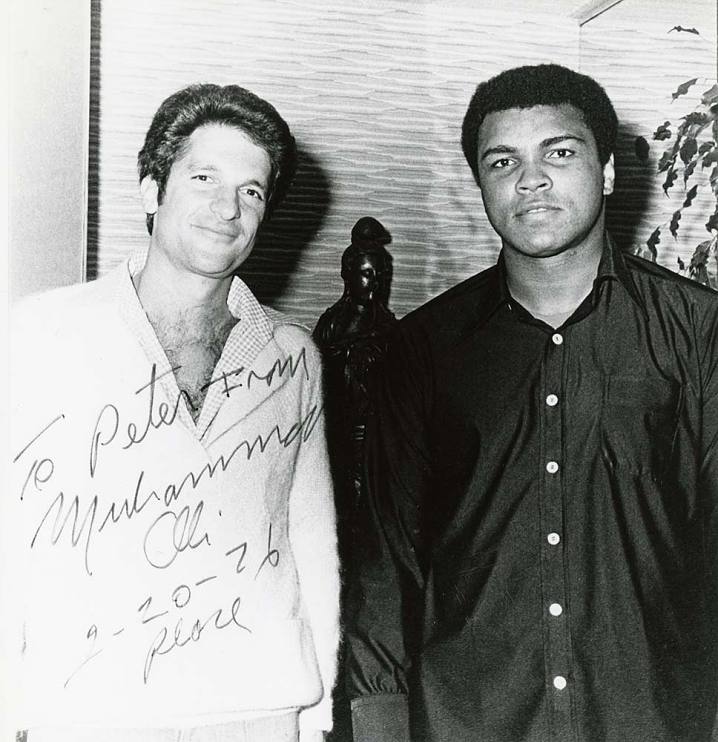 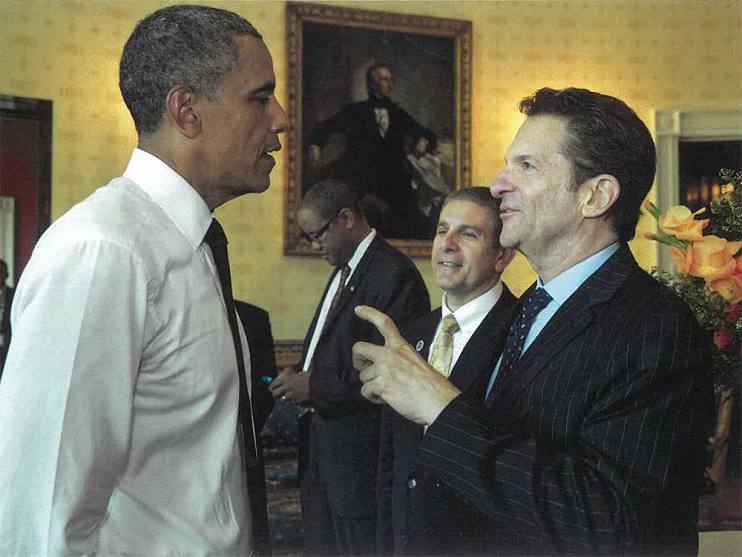 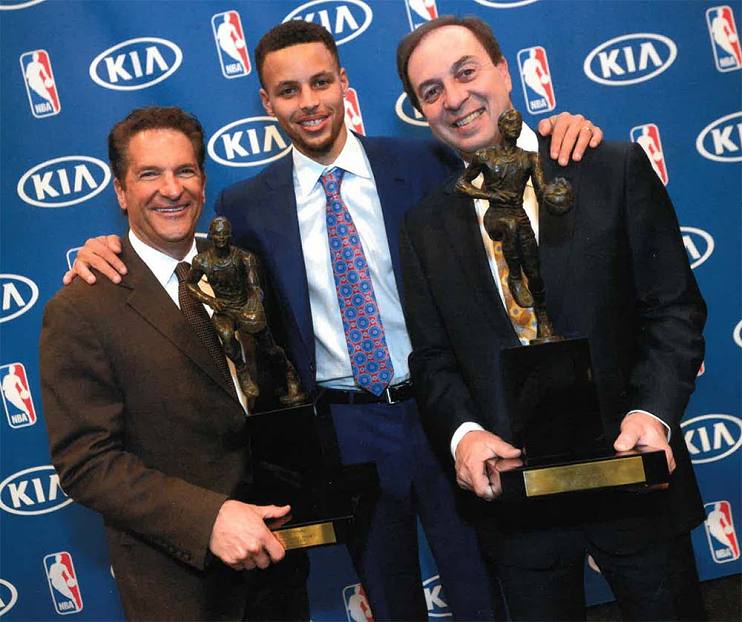 On the “Miracle on Ice” jersey

I did see the Miracle on Ice. I’m a hockey player too. The impact that had on me was that anything is possible. It may not be probable, that’s possible, and we have to function as if we’re going to be successful. Because real success lies in that risk and in believing that serendipity is our birthright, miracle is our birthright. This jersey is more emotional. I actually saw that. So it’s an artifice, artifact that reminds me of my experience seeing it, rather than somebody telling me about it. I actually saw it. I remember them throwing the sticks in the air. I remember it was at Lake Placid. I remember seeing it on television, and I remember realizing the day later that it was the most widely viewed sporting event in the history of television at that time. It had an impact. That was more than just a game, it was the sense of feeling proud. It was a sense of being part of something unusual. The unexpected being part of the Miracle.