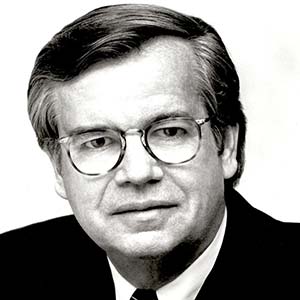 “It’s always been television, movies, and baseball. And I ended up running a network, running a studio, buying a piece of the Dodgers, and running the Dodgers. So I’ve been very fortunate in my life.”

On growing up in Brooklyn

I grew up in Brooklyn, New York. I was the baby of six children. My father was married, had two children; his wife died, he married my mother, and they had four children. My mother actually was 44 years old when I was born, and my father died when I was five. At that point I lived with my mother and my two sisters. My brother went off to be in the Marines. We ran out of money, so I started to work full-time, and this has a tremendous bearing on my life, when I was in high school. All through high school, I worked at a hardware store late into the evenings.

I always had a passion for three things growing up. One was television. Even though we had no money, my mother bought the first television set in the neighborhood, and all the neighbors would come in and watch [The] Milton Berle [Show]. It made us popular. And of course my sisters were fanatics about movies, so we always had every movie magazine around. So I read a lot about movies, and I saw a lot of movies. And then my other passion was the Dodgers. I went to my first Dodgers game in Brooklyn when I was six or seven years old. Jackie Robinson was my hero. The ’55 Dodgers are still my favorite team of all time.

“All I wanted to be was the best office boy.”

When I graduated, I had to support my mother. A lot of my family were police and firemen; I knew I didn’t want to be a fireman, and I was too short to become a cop, which is a true story. There used to be a height requirement. So I just walked down the street and looked up and saw 485 Madison Avenue, CBS. I went in and applied for a job and got an office boy position in the accounting department. I made $41 a week, and I had to give my mom $20 a week. So, I had to work every Saturday to make overtime in order to survive. All I wanted to be was the best office boy. I didn’t think about what my next job was; I thought about being the best office boy. And then I got a promotion to another job. It changed my whole life, but my career at CBS was a step at a time.

On taking notes ... and taking risks

I can’t tell you why I did this, but it changed my life. When I was in the Army, they had theaters on the base and, for some reason or other, I went to the movies any time I could go, and I took notes. I don’t know why. It wasn’t my job at CBS; I just took notes. So after the Army, when I went back to CBS, and they decided to put on movies on Thursday and Friday nights. We had to buy theatrical movies after they were in the theater. And I was in the accounting department, but I knew more about these movies than the people in the program department because I saw them all, and I took notes on them. So they started to realize that not only could I help them make the deals financially, but they started to respect my opinion about them. And before you know it, I was promoted, and I was helping them buy the movies. So my reputation in the company grew.

One day, I was invited to a meeting with the program department, and [CBS founder William S.] Paley was there, and he was talking about what we could put on to go against Johnny Carson, and I said, “What about movies?” because there were a lot of movies that had never played network. They’d played in syndication, but they never played network. And I got a dirty look. But Mr. Paley liked my idea, and we put on late-night movies, and it became a huge success, and at that point Paley knew who I was.

So fast forward, and now I am heading the team, East to West Coast, with probably 20 lawyers working for me; half of them were Harvard graduates. I was flying on a plane, and this man who worked for me gave me a script to read, and I read it and I said, “It’s a soap opera. There’s no soap operas on prime time.” And he said, “I think this could be good.” And it was Dallas. We were desperate; I finally said, “Okay, let’s do it.” Then another man came in and gave me a really terrible cut-bound trailer of a movie and said, “This is a show we could buy. NBC’s interested. It’s called The Dukes of Hazzard.” And we put The Dukes of Hazzard and Dallas on Friday and turned CBS around. We became No. 1 after that.

Sometimes you just don’t know what is going to hit that chord. Like All in the Family, which was a show that was done by ABC, a pilot, they passed on it. It came to CBS and we bought it, and you would never think that could be a hit in those days. And so that’s the great part of television, which I love, is that it’s really not just the writing, it’s the casting. It’s the whole ensemble.

I really feel one of the reasons why I was successful is because I had a pulse of what the average person liked. And that worked very well, certainly in television.

On making the leap to Warner Bros. and running a company

Eventually [Chairman] Ted Ashley asked me if I would like to come run Warner Bros., and that was my dream to run a studio. At Warner Bros., Terry [Semel] and I — one and one made three. We were very powerful in the company, and we were more powerful together than we were separate. If you came in with your movie, Terry Semel would make you feel that you just produced Gone With the Wind. Now, me, I’m an Irishman with a temper. When it reached the point that it wasn’t working, I would speak up. When we would say, “Look, we have to reshoot this because the people just won’t understand,” and the director would fight ... I’d finally say, “Alright, I’ll make a deal with you. You can leave it your way, but at the end of the movie, I’m gonna put in the crawl that ’If you don’t understand this movie, you can call the director,’ and I want your home number at the bottom of the screen, and you can’t change it.” And of course they would never agree to that.

Running a company, it’s like baseball. If a hitter hits .300, he’s a star, but that also means he struck out seven times. You have to judge most of the things you do in life — whether it’s television, movies, books, music, tales — based upon that fact. You are not going to hit it all the time. I feel we made decisions together, and if it worked, it was all of our success, and if it didn’t work, it was all of our failure.

Warner Bros. is the highlight of my life, business-wise. When I went there, they had two television shows and five movies, and we ended up making 450 movies. When I left Warner Bros. we had 40 television shows. I think they have 80 now. So I really feel that Terry and l, in my opinion, we brought Warner Bros. back to Jack Warner days.

I love the business of baseball nearly more than watching the game. The part of managing the Dodgers that I loved the most, because I’m a negotiator, was the winter, when you could negotiate for free agents. And one of my favorite days is the trading deadline, which is July 31, the last time you can make a trade with a team without going through what they call “waivers.” It is the rush of having three or four deals going on in the same moment.

It’s always been television, movies, and baseball. I ended up running a network, running a studio, buying a piece of the Dodgers, and running the Dodgers. So I’ve been very fortunate in my life that my passion came through. 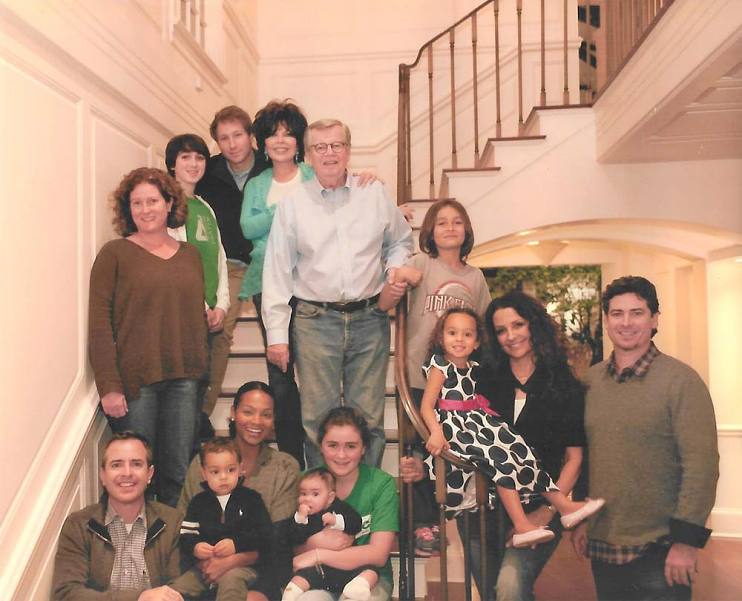 Bob Daly and his family at their California home 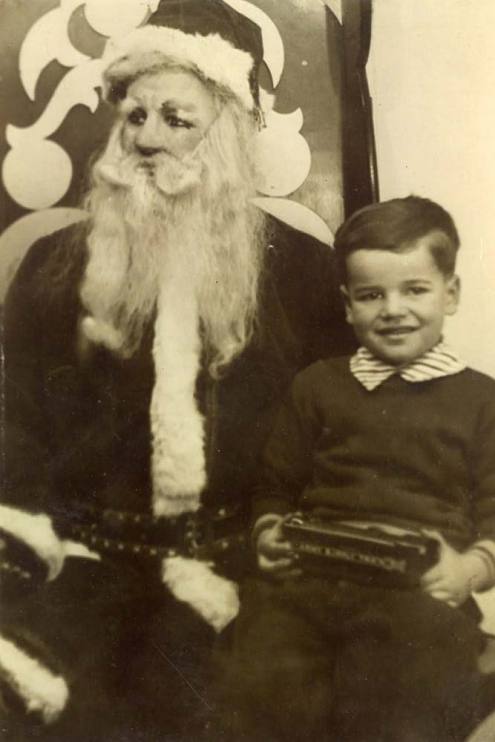 Bob Daly as a child 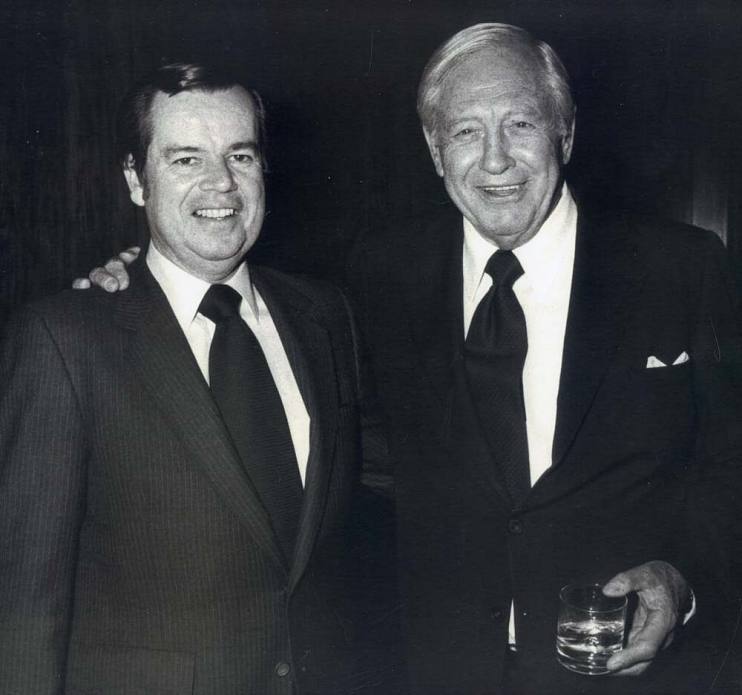 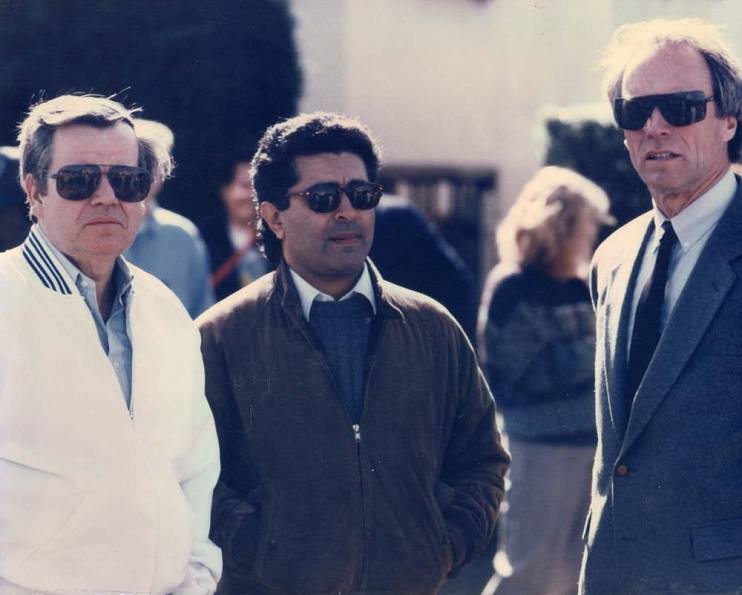 Terry Semel, Clint Eastwood, and Bob Daly on the set of Dirty Harry 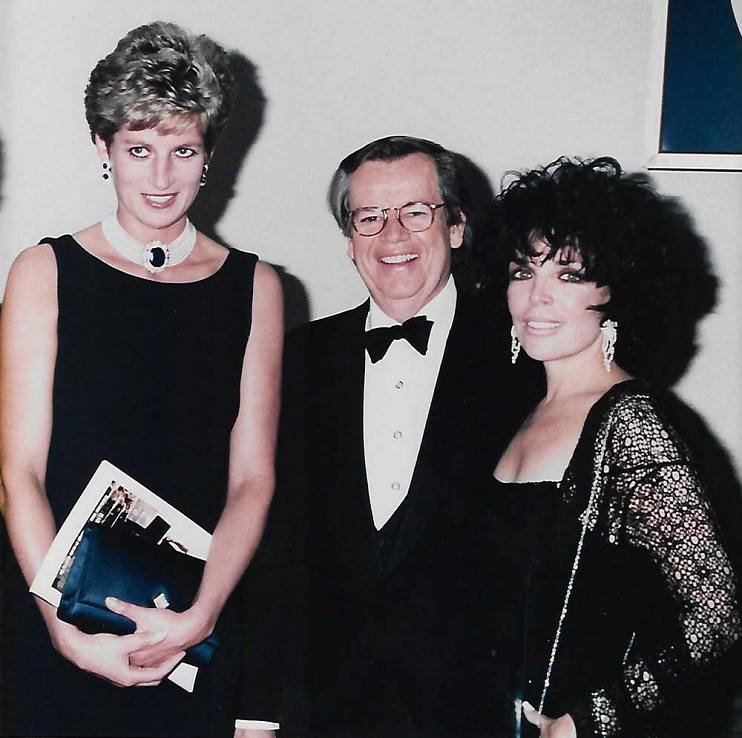 Bob Daly with wife, Carole Bayer Sager, and Princess Diana in England at the world premiere of the Warner Bros. film The Fugitive 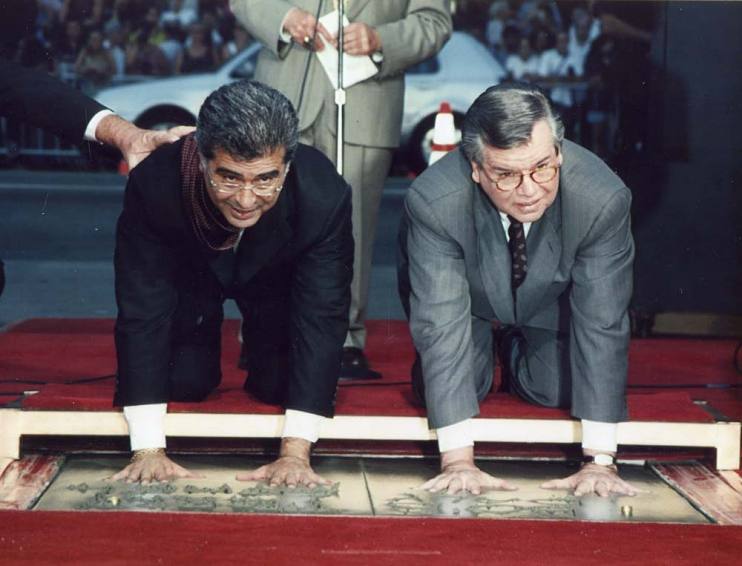 Terry Semel and Bob Daly at the Chinese Theatre in Hollywood on their last day at Warner Bros. 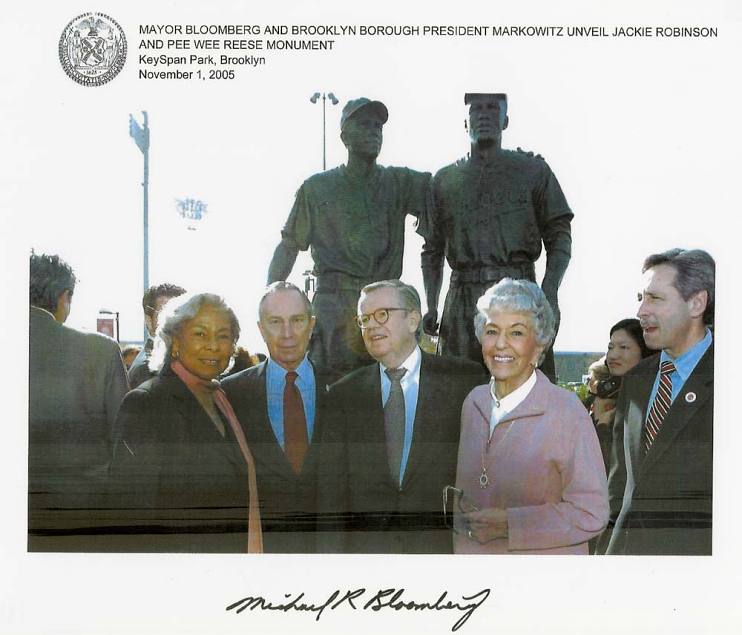 Bob Daly and Mayor Michael Bloomberg at the unveiling of the Jackie Robinson and Pee Wee Reese Monument, flanked by the baseball legends’ wives, Rachel Robinson and Dorothy Reese 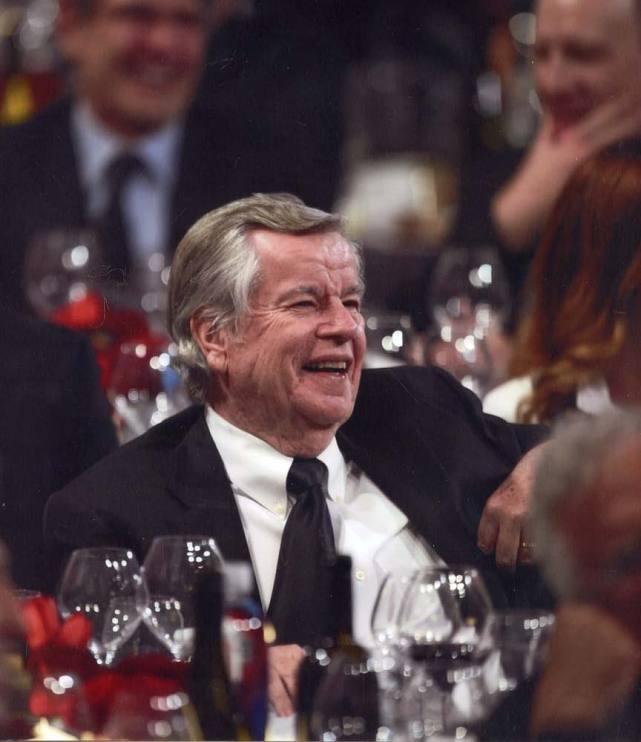 Bob Daly and his family at their California home

Bob Daly as a child

Terry Semel, Clint Eastwood, and Bob Daly on the set of Dirty Harry

Bob Daly with wife, Carole Bayer Sager, and Princess Diana in England at the world premiere of the Warner Bros. film The Fugitive

Terry Semel and Bob Daly at the Chinese Theatre in Hollywood on their last day at Warner Bros.

Bob Daly and Mayor Michael Bloomberg at the unveiling of the Jackie Robinson and Pee Wee Reese Monument, flanked by the baseball legends’ wives, Rachel Robinson and Dorothy Reese

On Jackie Robinson and other inspirations

I went to my first Dodger game in Brooklyn when I was six or seven years old. Jackie Robinson was my hero, I loved Jackie Robinson, and I loved the Dodgers. The ’55 Dodgers are still my favorite team of all time. Jackie Robinson came into baseball in 1947; he was the first African American. [General Manager] Branch Rickey picked him. He knew he could do it and accept what was going to happen to him, which was brutal, brutal. I have a photo of him from that first game; he’s walking out on the field, and he was criticized by the other teams and called all kind of names. But Pee Wee Reese, who was the shortstop of the Dodgers, was a Southerner. And when Pee Wee Reese put his arm around Jackie Robinson, it was like the South accepting the North.

After we sold the Dodgers, I decided I did not want to have a full-time job, and I thought it was time for me to give back. I became the chairman of Save the Children for five years and traveled all over the world. Then, I left there and became chairman of the American Film Institute for the past seven years. I also consult for many people to try to pass on whatever knowledge I have learned over the years.

I have three children and one stepson. My three children all live a half hour from my house. I have seven grandchildren. I have a ranch where all my grandchildren go, especially the younger ones. They bring out their school friends. I have 120 chickens. I have sheep, goats, and miniature horses, and ponies. I plant tomatoes, and I have a lot of fruit trees. And I love doing that. Now that’s my life.