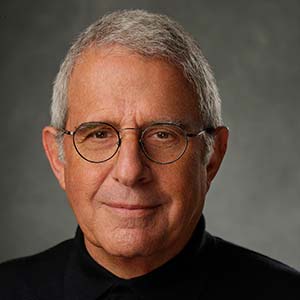 “The screens are getting bigger at home, and the product is getting better on television, but there is nothing like going to the movies and being in an audience.”

Ron Meyer, former vice chairman of NBCUniversal; excerpted from an interview with the National Museum of American History, February 1, 2018. In August 2020, Meyer stepped down from his position at NBCUniversal by mutual agreement following allegations of behavior not in keeping with the company’s values.

The National Museum of American History works to explore American history in all its complexity, in order to make sense of the present and shape a more informed and humane future. We recognize that individuals represented in our vast collections have impacted the past and present in complicated ways, and our representation of these individuals does not indicate our condoning of their behavior.

On growing up in Los Angeles

My mother and father escaped Nazi Germany in 1939, and they moved to Los Angeles, where I was born. L.A. was a great place to grow up. I went to an elementary school about two miles from my home, and I rode a bike there every day. My parents both worked. We lived in a small house, and the front door would be unlocked. We would come home from school, and there would be food for me and my sister, and that’s the way we lived. It was a much more simple life than it is today.

My father was a traveling dress salesman, so he drove from Los Angeles to Arizona, to Oregon, to Washington. He was on the road about five out of six weeks. He was what they called a “schlepper” of bags, and he worked very hard. He had a rack in the back of his car instead of a back seat, and he had bags hanging with women’s dresses in them. When he would get to a clothing store, he would roll his bags out and show his wares. And so he was a salesman, and that is what I was going to be. There was never a question about that. I traveled with my father a great deal in the summer when I was 12 and 13 years old. I would help carry the bags.

“I didn’t know anything about the movie business or anyone in it, but I thought, This sounds like a good way to make a living.”

I left school when I was 15 years old and went into the Marine Corps when I was 17. While in the Marine Corps, I got the measles and was quarantined. Being a high school dropout, I had never really read a book at that point in my entire life. But I was in a room with eight beds and no one else but me. They didn’t give you a radio, and there was no TV, so if you didn’t have anything to read, you sat there and stared at the ceiling. So my mother sent me two books. One was called The Amboy Dukes, which was about kids in trouble — which I had been when I was younger — and the other one was called The Flesh Peddlers, which was about a guy in the agency business who drove a fast car and went out with beautiful women and lived what I thought of as a glamourous Hollywood life. I thought, Wow, when I get out … I didn’t know anything about the movie business or anyone in it, but I thought, This sounds like a good way to make a living. And so when I got out, I literally went door to door, to every agency in town, applying for a job, and that’s where I got my start.

On the beginnings of CAA

We were working at William Morris Agency. The man who had been our boss and mentor had been forcibly and, in our opinion, unreasonably retired. So this gave five of us the inspiration to leave. We had a one-year plan to go out on our own and start a company, but we were discovered three weeks into that plan and got fired, so we were scrambling. We found a building that had five vacant offices and a small conference room. We took our card tables and folding chairs from home and put phones in, and that was the beginning of the company.

Our pitch was that we were a small agency with tremendous energy and desire and drive. The trade papers, The Hollywood Reporter and the Daily Variety, wrote about these five guys trying to build a company. People were curious about us, and they called and met with us. We would sign people from about five at night to eleven at night. We would have them come for a drink or dinner — dinner was a sandwich — in our little offices. And during the day, we would sell whoever came to sign with us. We brought one assistant with us, and one day a week, my girlfriend at the time or one of my partners’ wives would work as receptionists. And that was really the beginning. I stayed at CAA for 20 years.

On the transition to Universal Studios

Twenty-three years ago, Seagram, run by Edgar Bronfman Jr., bought Universal Studios from then a combination of Matsushita [Electric Industrial] and Lew Wasserman. They came to me and offered me the role of president and chief operating officer. And so it was the right time for me to leave CAA and for CAA to find a new path.

So when I came to Universal, I oversaw Sci-Fi and USA Television, the motion picture group, Universal Music (which encompassed Motown and a number of different record labels), Putnam and Berkley books, our gift stores all over the country, the theme parks, and the physical studio.

“You have to have the right people in place to face the challenges. If you do, you win.”

It is a great time for young people to enter this business. There is more opportunity than ever before. But, for every company, there are more challenges. There is more competition. There are more places for people to spend their leisure time. So whether it is movies, television, or games, there are so many more places to be entertained and to spend one’s limited entertainment dollars. You have to have the right people in place to face the challenges. If you do, you win.

I like to think that, with the people that have been with me from the beginning, we have had a big impact on the culture of this company. I have always brought the very best people on to do the job, and I trust them to do it. I think of myself as a coworker. We are all in it together. For the past 23 years here, there has been much continuity.

We have had six owners in my 23 years here, and my proudest achievement is that we didn’t fall apart. It is a testament to the people here. Not only did we stay together, the company, in the past two years, has enjoyed the greatest successes we have ever had. I am proud to be a part of that.

“I like to think that movies can help make the world a better place.”

There is no better form of communal entertainment. It is still cheaper than any rock concert, sporting event, any play. Yes, it’s great to stay home; the screens are getting bigger at home, and the product is getting better on television, but there is nothing like going to the movies and being in an audience, being with your date or family or your loved ones or whoever it might be, whether what you’re watching makes you think, cry, or laugh. I like to think that movies can help make the world a better place.

“I am a proud TV junkie. I was binging before it was acceptable.”

I always had to explain to my family why I loved watching so much TV and going to the movies. The greatest thing that ever happened for someone like me is that you could record it. You actually didn’t have to be home on a Thursday night at eight o’clock to see your favorite show. Like I said earlier, there is no better form of entertainment than movies and television. 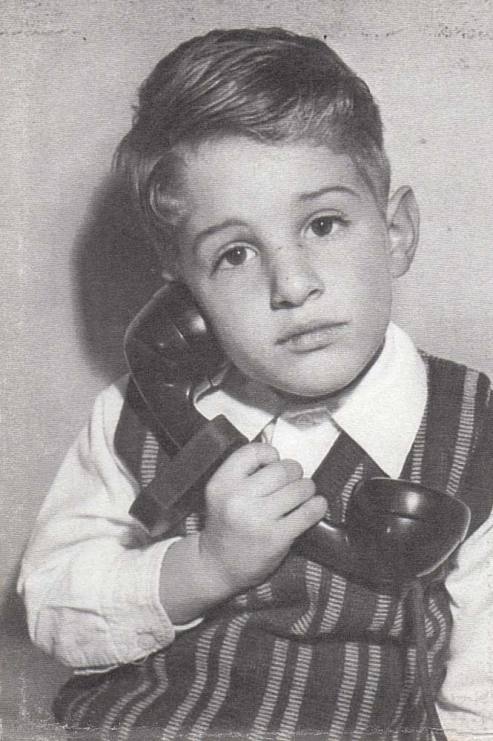 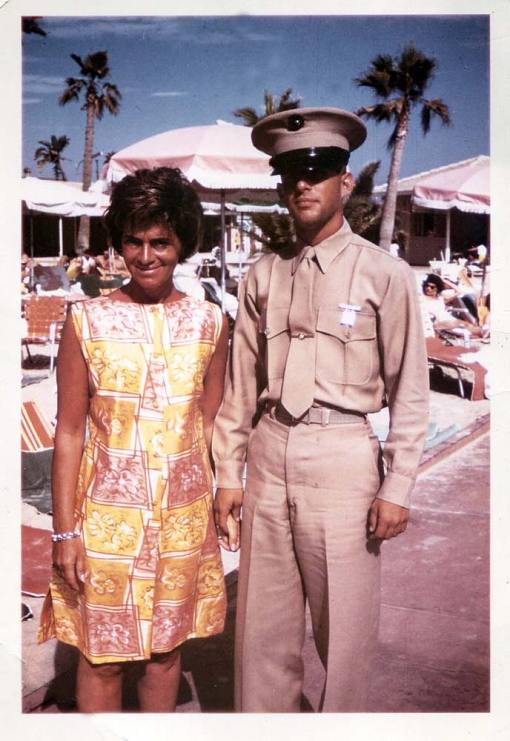 Ron Meyer, then 17, with his mother, Edith, in 1962, shortly after he completed Marine boot camp 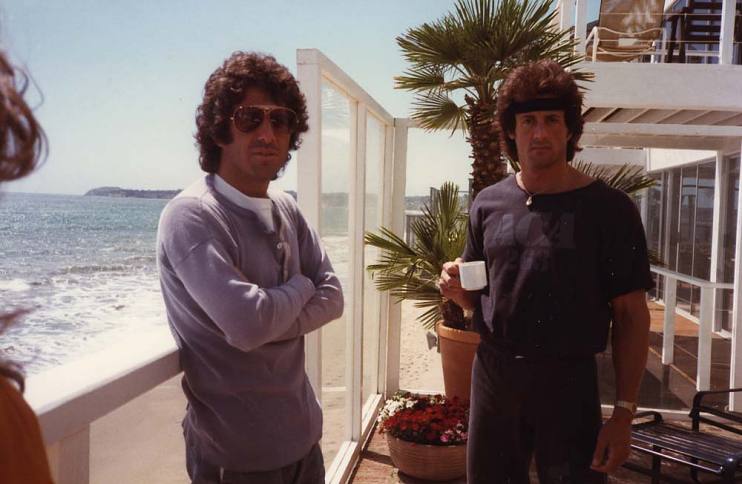 Ron Meyer, then 17, with his mother, Edith, in 1962, shortly after he completed Marine boot camp

On Sylvester Stallone’s robe from Rocky