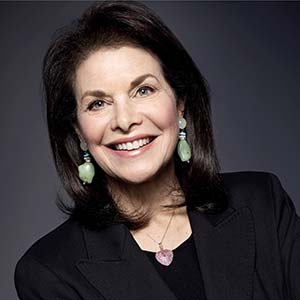 “Never give up. Believe that your mission is the most important thing in the world. And when everybody says no to you, you have to say, ‘Well, they must be wrong.’”

Sherry Lansing is former president of 20th Century Fox and former chairman and CEO of Paramount Pictures, and an independent producer of such films as Fatal Attraction, The Accused, School Ties, Indecent Proposal, and Black Rain. She is currently founder and CEO of the Sherry Lansing Foundation. This narrative is excerpted from an interview with the National Museum of American History, March 2, 2017.

I was born on the South Side of Chicago, and I consider that a blessing because Chicago values are very down to earth; they’re very authentic. People are warm and non-judgmental. I was fortunate enough to have both a father and a mother who cared about cultural experiences, especially my father. Every weekend my father would take me to the Museum of Science and Industry on the South Side of Chicago. It was one of the joys of my life to be able to share that experience with him. We would watch silent films in the museum’s nickelodeon. My dad loved Charlie Chaplin and Harold Lloyd. I think watching these classic films with him is when I first became interested in movies. I saw how he would laugh, I saw how he would be moved, and I thought, Wow, I want to be part of that.

I grew up knowing if I did my work, hopefully I would be rewarded. Nothing came easy; you had to do hard work.

I went to a high school on the campus of the University of Chicago. The only thing that was important there was intellect. It didn’t make any difference what you looked like, if you had money or didn’t have any money, what your clothes were like. All that mattered was what was in your mind. That was a great, great influence on me. My parents and the University of Chicago high school were the two greatest influences in my life.

On growing up as the daughter of a German Jewish immigrant

My father was in the real estate business. He was a businessman but he was also an artist, even though he didn’t practice art. My mother was born in Mainz, Germany, and was there as Hitler began to rise. She was taken out of school and had to go to a special school. They were beginning to wear the yellow armbands. She eventually escaped with her mother and father and her sister, but the rest of her family were killed in the camps. So my mother was very much a survivor. She came here alone when she was just 17, and she didn’t speak any English. She went to Chicago, where my grandfather’s brother worked. He took her in, and she got a job selling dresses in a department store. She was followed later by her parents and her sister.

My mother had this strange mixture – which I suspect is due to experiencing a lot of trauma in her life – of joy and gratitude and never complaining, but also of fear. Don’t be too happy, because bad things will happen. Sing before breakfast, cry before dinner. She had an ideal life as a child, and then suddenly it was all taken away. So they had freedom, and they weren’t killed in the camps, but there was a fear in her and a joy at the same time. Those two emotions, existing side by side, had a great influence on my life. But my mother didn’t talk about it. She never told me anything about Germany. If there was a television show on about the rise of Hitler, she would leave the room. She couldn’t see it without shaking.

I would go with my mother to collect the rent. I watched her never admit that she was crying, never admit that she was frightened, and really never be a victim. She was my first role model. She took over the business, and she supported us and succeeded very well. To see somebody be a survivor, to see the incredible unpredictability of life, that a 32-year-old woman loses her 42-year-old husband and has two children to support, it affects your mind; it makes you very grateful for every day that you have, and also you know that every day could be your last.

On learning to love math

While I was in high school, I had a math teacher who stood up in front of the class and said, “This is a hard course. I flunked this course. But when I finally understood it, it was so thrilling to me and I was so excited, and I want you to have that same joy. Then you’ll love math. So I’m going to let you take the test as many times as you want until you’re happy with the results. There will be different questions, but I’ll be available for you after school to help you in any way you want.”

I am not naturally gifted at math, but I loved it because I took the time to take the test over and over again. I could learn at my own speed. I loved math because there was only one answer. This was a tremendous advantage when you’re running a studio or making a movie. First you respond to the material, and you respond with your gut most of the time. Then you have to apply fiscal responsibility. You have to say, “I really want to make this, but it’s going to cost $100 million, and I think it’s only going to gross $20 [million]. So I have to figure out ways to get the budget down or, sadly, not be able to make it.” This ability to look at numbers and not be frightened, but actually like them, was particularly helpful to me as a producer and when I ran movie studios, because that was my responsibility, to make a profit. So sometimes I couldn’t just go on my passion, sometimes I had to say, “The numbers don’t work.”

The studio system itself and the culture of the studio to have the money to make movies, to enable people who are directors and producers to fulfill their dreams, is something that I deeply respect. Some of the great movies of our time, the great dramas, the great musicals, were made under an old studio system that is being disrupted now. I don’t know what’s going to happen to the studio system. But I do know whether it’s Paramount Pictures or 20th Century Fox, or Netflix or HBO or ABC or NBC, the only thing that is important is content. At the end of the day, whether you see a movie or program in your iPhone, iPad, in a movie theater, or on your television screen, you will only see it if you like the story. In a funny way, there’s never been a better time than now for people who want to tell stories because there are so many avenues, so many places that you can tell stories, and in so many ways. When I started in the business, if I couldn’t get a studio to support my idea or my script, unless I was a zillionaire, there was nothing I could do. Today, I say to young aspiring filmmakers to go make your movie on your cell phone. Put it on the internet, put it on YouTube, and you will find an audience. I’m not saying it’s easy, because it’s not; it’s very hard. You need skill and luck and many things, but there are so many more avenues today.

On the impact of film in a diverse society

Film is the most important form of communication. It doesn’t just shape us nationally, it shapes us globally. Wherever you go, people want to see American movies. If we continue to engage people with an interesting story, interesting characters that move us emotionally, the movie business will go on forever. It’s probably America’s greatest export and it affects our culture. It starts in the simplest way: A film comes out and people start dressing like the characters. And then it continues in much deeper ways, where people are exposed to others who are different than them and suddenly they understand them. It erases their prejudice. Some of the great television shows now are also breaking down the barriers that exist between people; breaking down the hatred, and creating a more diverse society. When Mary Tyler Moore passed away, there were so many women that wrote, “She inspired me. I thought I could do this job because of her.” That continues today. In the motion picture industry and the television industry, the people who are making stories are the least prejudiced and the most non-judgmental group of people I’ve ever met. Because most people that go into the business are a little idiosyncratic. They have a great passion and they want to pursue it. All that anybody respects is talent, and talent knows no gender, no color, no age, no race.… It has problems like everything, and it’s not perfect, but it’s a non-judgmental environment.

On starting the Sherry Lansing Foundation

I decided to leave the movie industry when I turned 60, because I also had another dream. I wanted to create my own foundation and to give back. I wanted to dedicate most of my foundation to cancer research and public education. I lost my mother to cancer at a very young age and I wanted to honor her memory by helping to fund scientific research in this area. Also, being a former math and English teacher, I wanted to help public education. Philanthropy is a little bit like making a movie. You are drawn to and inspired by what touches you. Then you try to come up with a solution that addresses the problem. Then you have to get other individuals to help you, to collaborate, to be your partners, and then you have to raise money to accomplish your goal. And you must never, ever, ever give up. 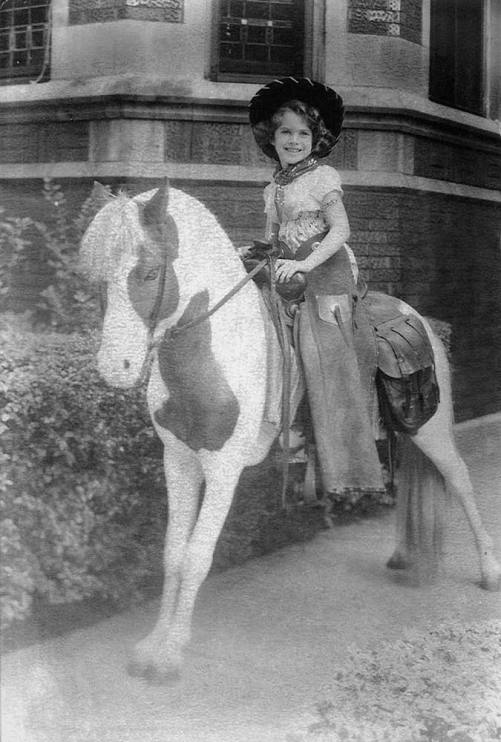 Sherry Lansing as a child on a hobbyhorse in front of her grandmother’s home, Chicago, 1950s 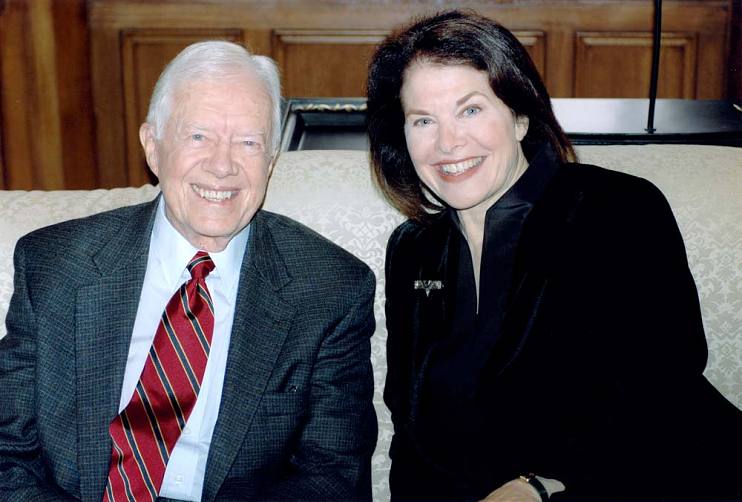 Sherry Lansing as a child on a hobbyhorse in front of her grandmother’s home, Chicago, 1950s

On Dorothy’s Ruby Slippers from The Wizard of Oz

I love The Wizard of Oz. That was probably one of the earliest movies I saw. I was sitting in the theater next to my mother, and I was terrified of the Wicked Witch, and I started to cry, and I got really frightened. My mother tried to calm me down. I had nightmares. I can still see the Wicked Witch’s face, and it scared me. The beauty of the movie is extraordinary. The first time my fear was so great was also when I saw how powerful film could be.