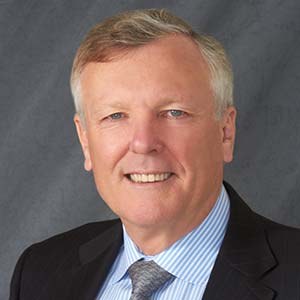 “The Information Age began in the cable age. Cable provided access to lots of targeted, specific information that you could consume whenever you wanted. Cable changed the world in the way that all information is consumed.”

Tom Rutledge, CEO of Charter Communications; excerpted from an interview with the National Museum of American History, July 21, 2017.

On growing up in Scranton, Maumee, Moline, and Pittsburgh

I grew up in Scranton, Pennsylvania. I’m the oldest of nine kids, so we had a wild kind of house. We moved when I was nine to Maumee, Ohio, and then later on to Moline, Illinois — the Quad Cities — and from there to Pittsburgh. My dad worked in the insurance business, and he got to a point in his life in Scranton where he wanted to advance himself. He went to an insurance company in Illinois, called Bituminous Insurance, which insured coalfields and other kinds of industrial activity and had a branch office in Pittsburgh. He trained for a year in Illinois, and then we moved to Pittsburgh. So I moved at the end of my fourth, sixth, seventh, and eighth grades. As a child I read a lot, and I wanted to see the world. We didn’t go a lot of places, because it was hard to get 11 people in a station wagon and go anywhere. So my whole period of high school was really just waiting to get out. As soon as I got out of high school, in 1971, I hitchhiked around Europe, Israel, and North America.

On getting started in the cable industry

I’d been on the road for a couple of years, working off and on, just seeing the world. Then my dad became terminally ill, and I came home. His friend had insured a small cable company, and I got to be one of the first employees of that company as an hourly worker. I started work as a cable technician in a new construction of a cable company in the Pittsburgh suburbs. That company was being built in anticipation of the future of the new cable industry, with the hope of making it a showcase so that they could win the Pittsburgh cable franchise. The franchising process was just being started, and cities were just authorizing cable companies to build inside their cities and provide these new potential services. So I got one of the first jobs, which was physically building a cable company from the ground up. I was doing manual labor, and I liked every part of the job. I liked understanding how the network architecture worked, and I liked being out on the streets and talking to customers and potential customers. I could see how it immediately transformed a lot of people’s television experience for the good. I was young enough that I liked the manual labor. I liked climbing poles and building studios. The future was exciting.

I worked my way through college. I started going to night school, then I actually dropped out of work and went full time to college, and then I came back to work. So it took me a number of years, but by 1977 I had graduated from college in the Pittsburgh area with a degree in economics and a minor in history. I wasn’t really planning to stay in the cable business, but I saw an ad for a cable manager with the company ATC and I applied. I had this new degree, and I had my experience, which was unusual. I actually really knew the business from a ground up perspective, how it actually physically worked, but I had no managerial experience, so they hired me as a manager trainee. That company, ATC, went on to become Time Warner, and now it’s Charter. Essentially, I came full circle when I bought Time Warner. And here I am, 40 years later.

When I started at ATC, cable had been around for years, and we were introducing HBO. By 1977, HBO had been launched on satellite, and we had these large 10-meter dishes — which are 33 feet across — that would receive the signal from space. We would put that in the “head end,” where the TV antennas were, and distribute that to customers. That was the big new driver of the industry, and I was hired to begin that expansion. The way it expanded was each individual municipality had to grant us a franchise to operate. So we would go before the towns, and multiple bidders would present themselves. The city would vote to pick which company was going to build their cable system. We carried around gigantic VCRs, which cost $2,000, and they were heavy, and we’d do a presentation about community programming.

What differentiated us and other cable companies was our commitment to the community and our commitment to local origination. We were trying to figure out what the community wants and what good we could do for the community. So we would go to the schools and see if there was someone interested in developing curricula around community programming, and get kids interested in television, provide training programs, and then we would incorporate that objective into our franchise proposals. We would go to the city council itself, and the municipality, and the police and fire department, and work up emergency response systems and work up the televising of city council meetings, making government more responsive to the community. A lot of communities built studio facilities, and people came out of those facilities that became entertainers and producers; Wayne’s World is a spoof on that. We were trying to incorporate all of that into our technology platform, which was cable TV, in a way that met the community needs and made the community choose us but also promoted us to the next community. So it was a very community-focused process that was also business interested.

“The digital revolution is just beginning”

Fiber optics replaced satellite as the back haul for cable, and that’s still true today. It keeps getting deployed deeper and deeper every day. Now you have huge high-capacity two-way broadband networks that are capable of television and internet and voice and security and pretty much any kind of communications need you can imagine. We’re just at the beginning of the opportunities, which is interesting, exciting, and sad at the same time; after 40 years we’re still just getting going. We have the technology platform under development in our labs that’ll take the capacity of fiber optics up 5,000 times. Five years from now, we’ll be projecting holograms into your living space. You’ll be able to interact with history, with characters like Einstein, and he’ll be able to roll out the Theory of Relativity in front of you, in a three-dimensional way. The digital revolution is just beginning. We’re moving into a world of high-capacity, high-computing, low-latency networks, which essentially means that you’ll be able to do these virtual reality and augmented reality presentations in places where we live and work and learn and have fun. All of those things will be done in a different way than the flat screen that you’re used to.

One of the most exciting things I have ever done was to launch the first commercial on-demand television network in 2000 in Austin, Texas. Before that you had to go out to a Blockbuster to get a movie. That was our test bed, and that was the first place it ever existed, where you could just push a remote control button in an operating cable system and order a movie, and watch it when you wanted to watch it, and pause it and start it again. It sounds very simple now, but it was a massive undertaking. I used to carry around a franchise sizzle tape called The Wired World from the early ’70s that had all of the future predicted, including on-demand television, but it was all envisioned as an analog product that didn’t work that well. It was an exciting thing to actually turn the vision of this early tape into a digital hybrid fiber-coax environment and make it work.

On creating original content, including Mad Men, Breaking Bad, and The Walking Dead

In 2002 I joined Cable Vision and got to run AMC Networks with Josh Sapan. We wanted to have an original content strategy that differentiated those networks — AMC, WE, IFC, later Sundance — from our competitors so that we’d be able to sell those services to other cable operators. We could see the world changing to where you need unique content to differentiate yourself, and you need pricing power against satellite and cable who buy the content and sell it to their customers. We needed to continue AMC as it was; it had an audience and people loved it, but we wanted to rebrand it. So Josh came up with a budget to get original content, and we decided to put on Mad Men as our first programming decision. We actually had a big fight about it internally with the family that owned the company. They were very nervous about committing to these kinds of costs. My argument was, “Look, we’ve spent billions of dollars on these networks. Spending $25 million on Mad Men is tiny. Let’s do it. What do we have to lose?” So we did it. Mad Men was a critical success and became iconic, which caused more great content to flow to the network. And then we did Breaking Bad and The Walking Dead. 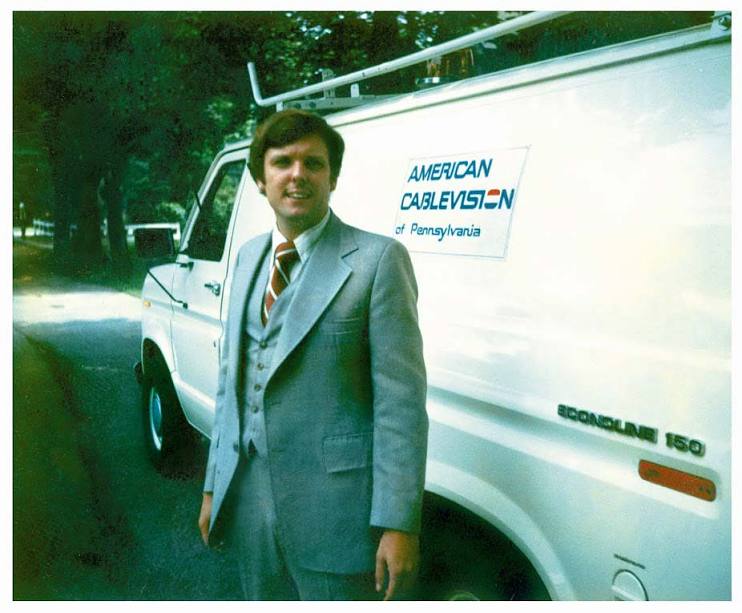 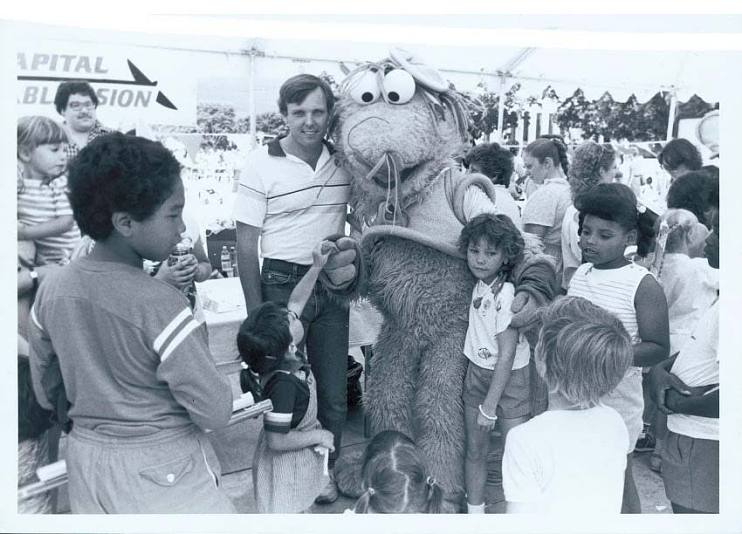 Tom Rutledge with daughter Alisha at the Fraggle Rock launch in Albany, where Tom was the general manager 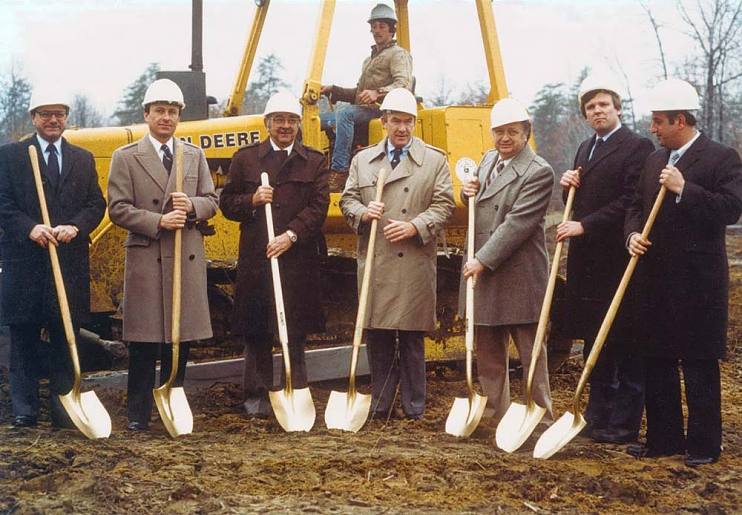 Tom Rutledge at a groundbreaking ceremony with public officials, including the mayor, in Albany in 1984

Tom Rutledge with daughter Alisha at the Fraggle Rock launch in Albany, where Tom was the general manager

Tom Rutledge at a groundbreaking ceremony with public officials, including the mayor, in Albany in 1984

On Fraggle Rock and Roberto Clemente

I took my daughter to see Fraggle Rock in Albany, New York, in 1984, and she was scared to death of them. Fraggle Rock was an HBO program that was original, and not movies, that HBO decided to create. It was an original programming strategy long before AMC’s but one that worked, and that led directly to The Sopranos, over a multi-year period of time. The concept was a cable network that was licensing content and actually went out and created content. That was the birth of a non-broadcast oriented television experience coming from another part of the ecosystem.

I saw Roberto Clemente at Forbes Field when I was a kid. That was one of the first things I saw when we moved to Pittsburgh. I couldn’t wait. I collected baseball cards, but I had probably stopped by that age. I don’t have them anymore, because with nine kids I have nothing. But I was excited to see him. I was 12 the first time I saw him. He was killed a couple years later. He was working on an airplane for hurricane relief in Nicaragua. He was the Pirate that I remember and identified most with as a 12-year-old and wanted to be like him. He could throw a strike from right field. I couldn’t throw one from the mound. I was never very good at baseball, but he was. He was the idol that you would like as a boy growing up in Pittsburgh.