As early as the 1600s, America’s diverse populations—native peoples, Europeans, and Africans—interacted to create a hybrid new world. European colonists united in 1776 to separate from England, winning a revolution based on the principles of representative government, freedom of expression, and equality. Though often argued over, these rights have been expanded through the centuries to all Americans, and continue to guide us today.

The objects in this first section help tell stories about the formation of the United States, from the colonial period to the Revolutionary War and its immediate aftermath.

Made in England from silk she cultivated in South Carolina

Most women could not choose independent careers or run for political office in the 1700s, but they could help shape public life through family and personal relationships.  From a young age, Eliza Pinckney managed her family’s South Carolina plantations, established indigo as a marketable crop in the colony, and later raised two sons who became important officers in the Revolutionary War and political leaders afterward. 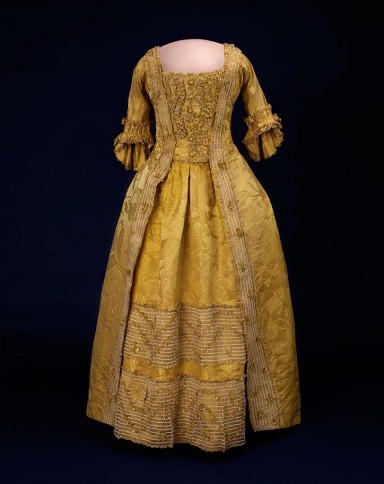 Made in Bucks County, Pennsylvania

Few specialized clockmakers existed in America before the Revolution. Joseph Ellicott was working as a mill operator when he designed and built this extraordinary clock. In addition to telling time, it shows the phases of the moon and the motions of the sun, moon, and planets, and it plays twenty-four tunes.

Joseph Priestley, a chemist and Protestant minister, first published on the discovery of oxygen in 1775. His opposition to the English church and his sympathy for the French Revolution forced him to leave Britain for America in 1794, where he set up a home and laboratory in Pennsylvania. 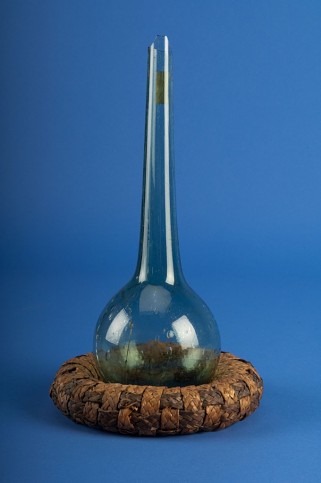 Made by Edward Nairne, London, England

By the 1700s, the study of nature and the universe was in transition as educated men increasingly sought to understand natural phenomena as scientific occurrences rather than as acts of divine providence. Samuel Williams, a minister and professor of astronomy at Harvard College, used this telescope to observe the 1769 transit of Venus across the sun. 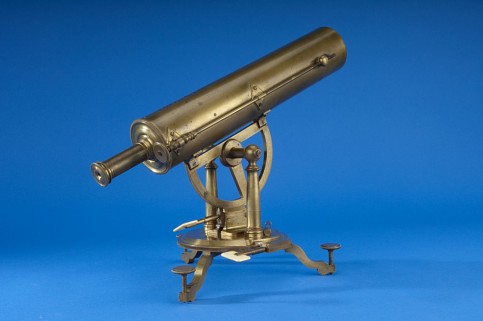 Paul Revere sold color prints depicting the Boston Massacre a mere three weeks after the event, remarkably quickly for that time. The circulation of images of the incident, in which British troops killed five civilians and wounded six, helped create anti-English sentiment among the colonists. One of the victims, a man of black and Indian heritage named Crispus Attucks, is often called the first martyr of the American Revolution. 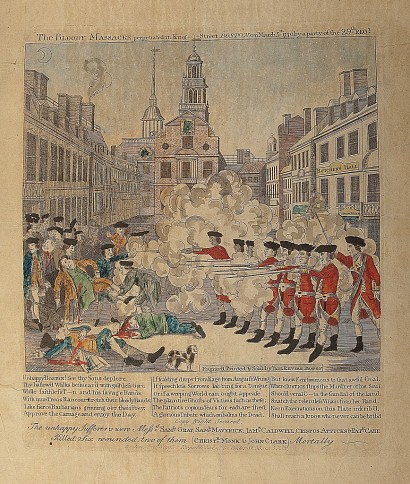 This pitcher commemorates the first official population census of the United States, held in August 1790. Census takers counted almost four million people—men and women, white and black, and free and enslaved—in order to levy taxes and apportion House of Representative seats. The census excluded American Indians, who were considered a sovereign people. 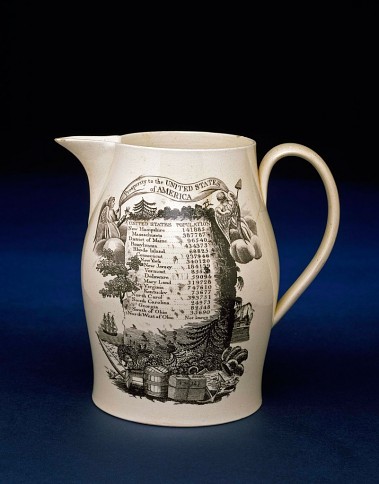 From Our Lady of Guadalupe mission church, New Mexico

In 1629 the Spanish Catholic Church began building missions in the Zuni area of northern New Spain (now western New Mexico), in part to convert the native people. Although they resisted and revolted, by the 1700s many Zuni developed an uneasy peace with Spanish rule and fashioned a Catholicism that blended Native American and European traditions. 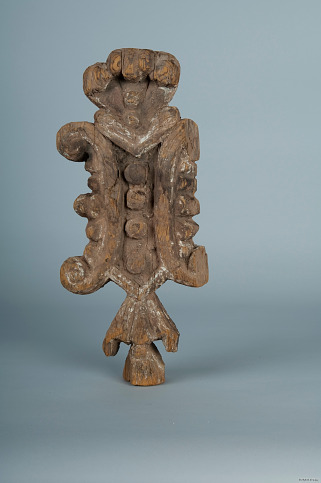 In 1740 Britain passed the Plantation Act, which allowed non-British citizens in the American colonies, including Jews but excluding Catholics, to be naturalized after seven years. Giving Jews rights they lacked in most countries, the law attracted successful entrepreneurs who encouraged international trade. 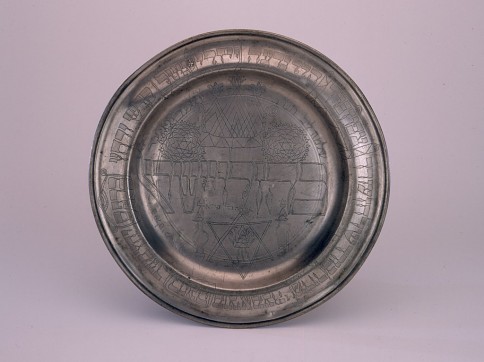 Made by Elizabeth and Henry Carpenter, London

George Farrar of Lincoln, Massachusetts, presented this flagon as a gift to his Protestant church shortly before he died. By this time, many denominations of Protestantism had emerged in New England and religious freedom was an ideal throughout most of the American colonies. 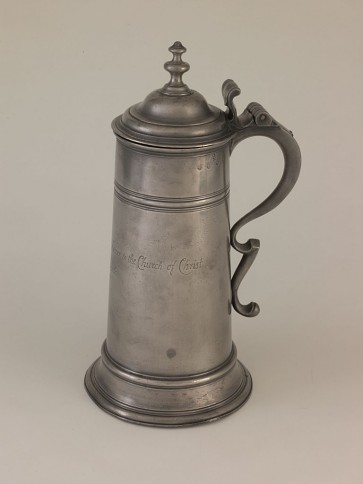 England prohibited the American colonies from coining money. Before the Revolution, colonists relied primarily on silver and gold coins from Holland, England, France, Portugal, Spain, and Spanish colonies in the new world, although Massachusetts illegally coined Pine Tree shillings starting in 1652. Foreign coins were considered legal tender in the United States until 1857, long after the establishment of the National Mint in 1792. 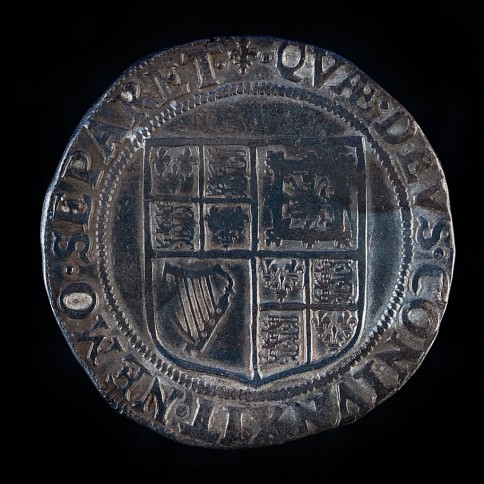 Sterling Silver Teapot Made for Abigail Robinson, about 1750

Made by Samuel Casey, Rhode Island

Tea was one of many staples of the interconnected global economy 300 years ago. Imported to the American colonies in the late 1600s, tea soon became a fashionable drink for the wealthy and stimulated colonists’ desires to acquire goods such as this teapot for its preparation and service. 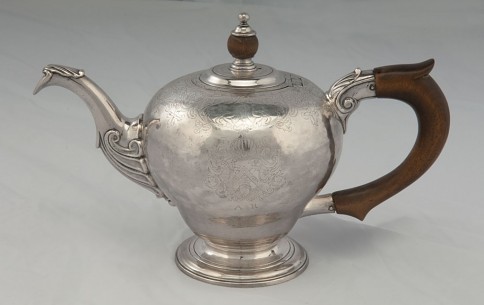 Probably made in New York or New Jersey

Winning independence from Britain meant that the United States had to develop its own trade strategies and markets. Rum was a valuable commodity in the new nation; it could be traded to Africa for slaves, traded to American Indians for furs, and sold to fishermen in Newfoundland. Americans purchased their fair share, too, with adult males each drinking close to twenty gallons a year. 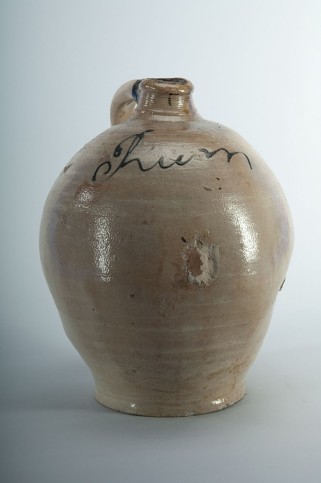 Pitcher With the Cabinetmakers' Arms, 1795

Made in England for the American market

In the late 1700s, increasing prosperity and demand for consumer goods meant skilled craftsmen played a vital role in the economy of the new nation. In the competitive furniture business, cabinetmakers organized as early as the 1700s, to set prices and negotiate wages and working conditions. 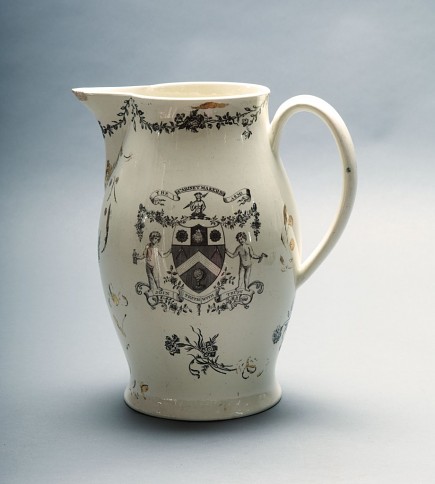 Tobacco was a potentially lucrative but labor-intensive crop. As plantation agriculture spread in the new world so did the practice of owning enslaved Africans. John Page, a future governor of Virginia, probably hoped to grow enough tobacco to trade for manufactured goods from Britain. Instead, his crops failed to be profitable and he was forced to consider selling his slaves to pay off creditors. 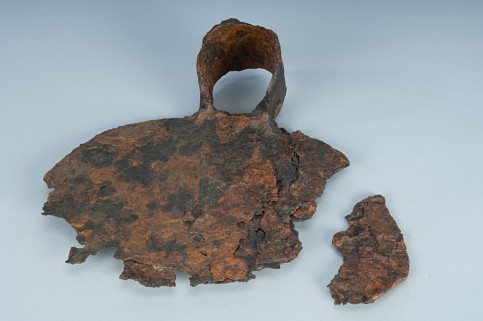 Beads made from shells

American Indians prized wampum for its trade value and as a ritual gift, probably long before they began trading fur pelts to Europeans for the shell-beads in the 1500s. Though Europeans initially viewed wampum as a low-cost means of obtaining furs, by the 1630s colonists had come to accept it as legal tender, evidence of the complex web of interactions in the new world. 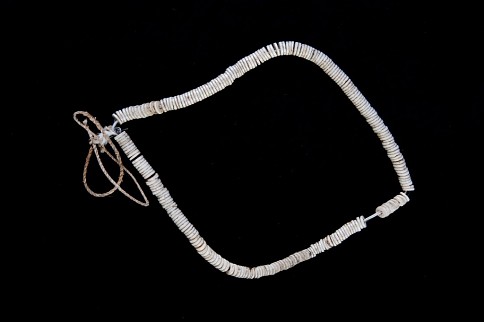 Said to be where the Pilgrims landed in 1620

Plymouth Rock retains a hold in popular memory as the Pilgrims’ stepping-stone in the new world, although it is not mentioned in accounts of their landing until the 1700s. The story of Plymouth Rock often obscures the history of earlier European and British settlements, such as Jamestown, Virginia, as well as the arrival of enslaved Africans as early as 1619. 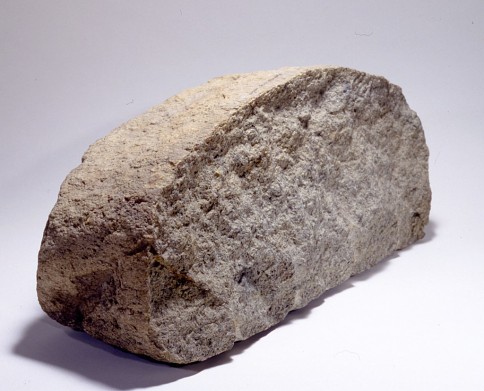 Made by C. Liger, Paris

The Continental Congress first met in 1774 to address grievances against Britain. By the second meeting, starting in May 1775, it shouldered the burdens and bureaucracy of war. One of many resolutions it passed was awarding ten military heroes with elegant presentation swords. Decorated with symbols of liberty and military might, they symbolized the ambitious goals of revolutionary America. 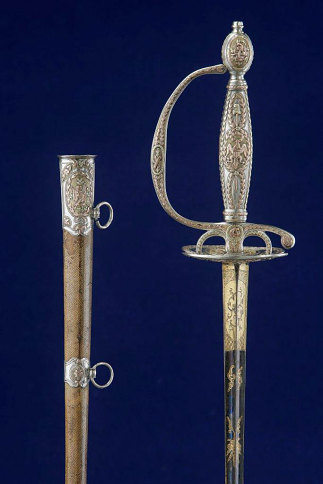 Benjamin Franklin’s international reputation as an inventor and philosopher served him well as an American ambassador in Europe. He was treated as a celebrity in France, and considered the personification of America’s more natural state. Although Franklin referred to his cane as decorated with a gold cap of liberty, it more closely resembles Franklin’s own fur cap.

Transfer from U.S. Department of State 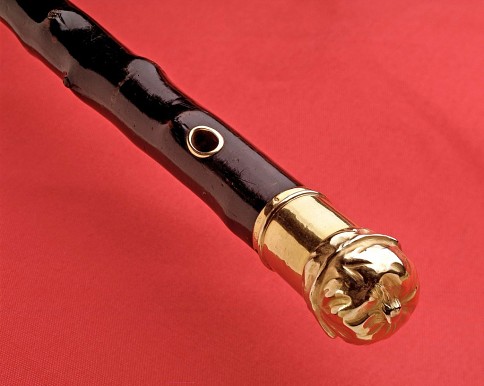 The objects below are no longer on view

Probably made in England

Americans have long believed that democracy depends on a literate citizenry. As early as 1642, Massachusetts law mandated that children be taught to read and write to ensure that they could study the Bible and understand the laws of the land. Even in the absence of organized education, colonists learned how to read from devices such as this hornbook. 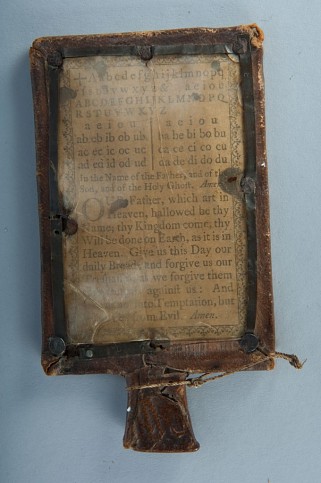 Benjamin Franklin, with his unadorned clothes and speech, and his fur cap, quick wit, and humble charm, came to symbolize for many what it meant to be an American during the Revolutionary War. In Paris to help negotiate an alliance with France, Franklin stood out at the court of Louis XVI with plain clothing such as this silk suit. 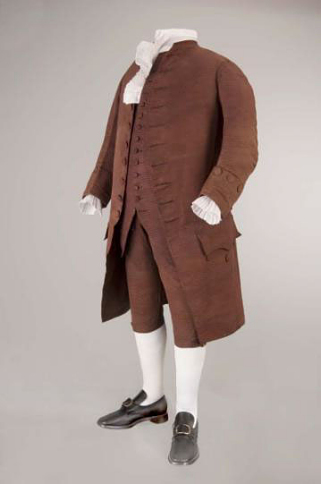 Sampler Made by Betsy Bucklin, September, 1781

Thirteen year old Betsy Bucklin finished this sampler in September, 1781 just as American and French troops began to engage the British in the Virginia Tidewater, leading to the decisive Battle of Yorktown the next month. Betsy’s overtly patriotic verse makes this a very personal document of the Revolution. 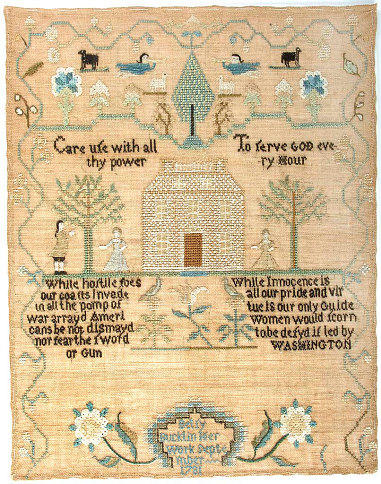 Made by Daniel Dupuy, Philadelphia

In the 1760s and 1770s, the British Parliament imposed a series of taxes on tea imported to America, leading to public debates about buying, selling, and drinking the popular and expensive beverage. To drink tea or not became a political act, symbolized by the decoration and inscription on this milk pitcher. 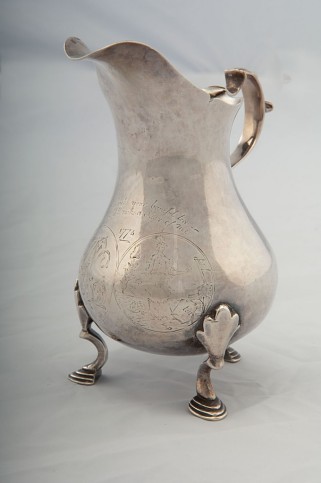